One of the things the new World Watch List shows is that persecution against Christians in China is rapidly increasing. In the last three years, China has jumped from #43 to #17 in the ranking of the most severe places to be a Christian.

Many churches have been forced to close down, surveillance cameras are monitoring registered Christian activity and some believers have been sent to ‘re-education camps’. It’s illegal for under 18s to attend church activities or services.

But in many places, the church is adapting, going underground and finding new paths to flow along and move down. Pray this today for the church in China:

Lord God, we are amazed at the astonishing growth of the Chinese church over the years, despite persecution. Give Christians a renewed sense of the wonder, power and love of Jesus, that it will strengthen and boldly galvanize their faith and witness. Provide leaders and buildings for churches, and unleash a wave of creativity so churches continue to thrive. May we yet see more tremendous growth of the church in China. Amen. 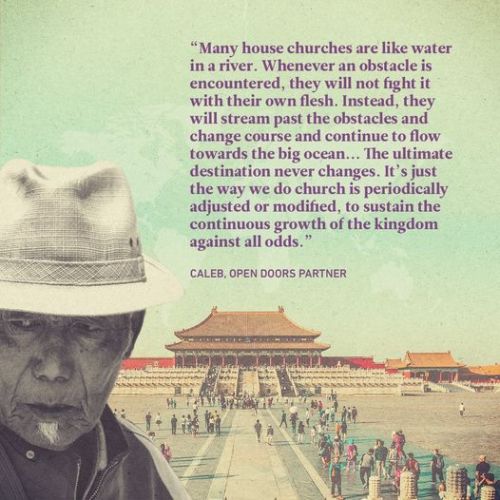 HOLOCAUST Memorial Day is marked on 27th January each year in the UK. I’ve compiled an online service of commemoration for the Open Table Network this month. Why does this matter to our LGBTQIA+ Christian community?

On Holocaust Memorial Day we remember those Jewish people, and millions of members of other groups killed under Nazi persecution, and in the more recent genocides in Cambodia,…

It’s The Way I Feel

It’s The Way I Feel

If I asked you to describe the coin in the picture above, one side at a time, without actually calling it what it is, you might describe it as follows:
“Heads”, or obverse side ; it is a silver colored coin that says liberty on top, has a date on the bottom, has the words In God We Trust to the left side of a profile of president George Washington. 
“Tails”, or reverse side; it says United States…

Our brothers and sisters endure so much for their faith.

Meet Htun Htun from Myanmar. He’s a new believer who left Buddhism. When Htun Htun accepted Christ, his relatives and community ostracized him, forcing his family of three to relocate to a new village.

But Htun Htun’s faith only led to greater consequences. Determined to teach him a lesson, village leaders took the young man into the jungle, handcuffed him and left him there. The next morning, they gave him a strict warning.

Ask God to give them courage as they walk through this dark valley. 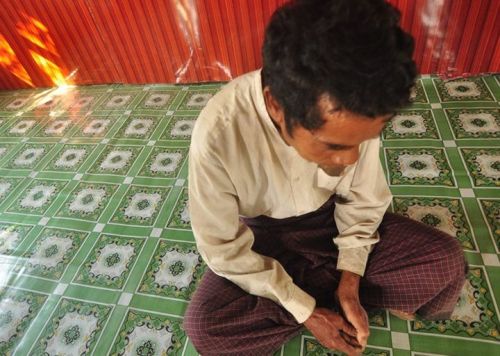 The persecution of Christians around the world has grown, both numerically and in its intensity, in spite of the Covid-19 pandemic. This is according to figures released in the 2021 World Watch List (WWL).
Continue reading

01/14/2021 Nigeria (International Christian Concern) –  Every year, hundreds of people are killed in violent events throughout Nigeria. This has been true since Boko Haram became one of the deadliest groups in the world in 2014 and 2015. Despite the government continuing to fight against Boko Haram, the terrorist group as well as Fulani militants, bandits, and other violent groups have been able to cause mass devastation throughout the country.

These two main groups, Boko Haram and Fulani militants often target Christian majority communities for attack, and this was again true in 2020. Boko Haram on numerous occasions attacked the villages around Chibok which are mainly Christian, as well as multiple villages throughout Adamawa state including Garkida, which are predominately Christian.

Fulani militants in Kaduna, Plateau, Benue, and Adamawa States also attacked majority Christian farming communities on a regular basis. This groups claimed the lives of more civilians and Christians than Boko Haram did in 2020. Despite this, This Nigerian government continues to turn a blind eye on the attacks taking place throughout the Middle Belt.

“Our prayers go where we cannot.”

Prayer is the No. 1 request we receive from our persecuted Christian brothers and sisters. 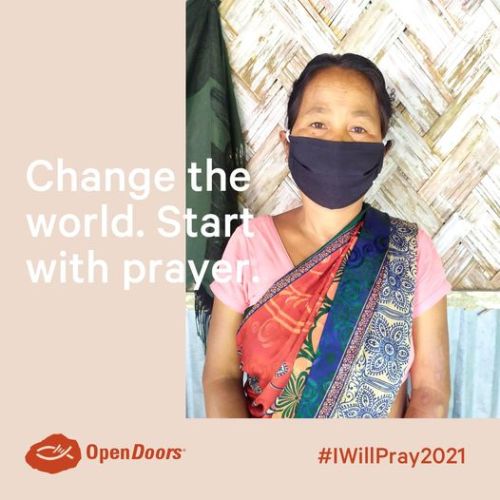 This is going to sound so stupid, but I was watching a video on how the KKK was an MLM in the 1920s and it said how they also hated Jews and Roman Catholics at that time and I was in shock that there was a time that Roman Catholics were hated. Obviously we’re taught about the Holocaust in school and are aware of who the KKK direct most of their hatred towards, but I had never thought about the fact that Roman Catholics were disliked. I’m not religious, but I was born Roman Catholic, in a country that has over ¾ of a population that’s Roman Catholic. I feel really ignorant realising this because I’m aware that England spent hundreds of years going between Catholic and Protestant kings and queens and that each religion was persecuted during that time. I’m aware of what the whole of Ireland went through in the early 1900s and what some Northern Irish Catholics continue to deal with to this day. Yet I’d never fully thought about it in the way that Roman Catholics were negatively affected in the situations because Christianity in general is, I think, the most popular religion in western society. Anyway, I’ve just found an entire Wikipedia page on anti-catholicism in the United States while trying to find out why the KKK hated Roman Catholics, because if we go back 100 years, rather than being the non-religious person that I am today, I probably would have been a Roman Catholic.

I have long been reader and fan of Bonhoeffer. Indeed, I wore out a copy of Letters and Papers from Prison that my daughter happily replaced for me one Christmas morning a dozen years back. Today, in my reading I was reminded of this famous poem by Bonhoeffer, and I thought, “This is worth passing on (again) in our own uncertain and challenging time.” I have always loved this poem. So, here it…

Read
Acts 9:1-19
And falling to the ground he heard a voice saying to him, “Saul, Saul, why are you persecuting me?” And he said, “Who are you, Lord?” And he said, “I am Jesus, whom you are persecuting.”
Acts 9:4-5
Reflect
When I was in 8th grade, there was a kid in my school who decided it was his personal mission to make my life miserable. We were on the football team together, played in the…

“EVERY GREATNESS COME WITH A PRICE” - Bishop Francis Wale Oke

“EVERY GREATNESS COME WITH A PRICE” – Bishop Francis Wale Oke

In the days when we got born-again in the early 70s, we were few, we were persecuted, we were harassed, we were oppressed and we were called names. They used to call us S.U (Scripture Union) they said we don’t do well, they said we were the hewers of wood and the drawers of water.

And indeed, at that time, when we looked at the landscape of the nation, there was nobody…