Crossed out stickers are sold out on my Etsy! I have very few stickers left of each design so if you’d like to just purchase the individuals you can get them on the shop! I’m opening pre-orders for this set of stickers today @ 1200 SGT

tell us how you really feel, goro

I deleted my OC blogs, just so the few people who followed me there know. I just wasn’t using them enough to justify keeping them. (I also plan to start posting it here) 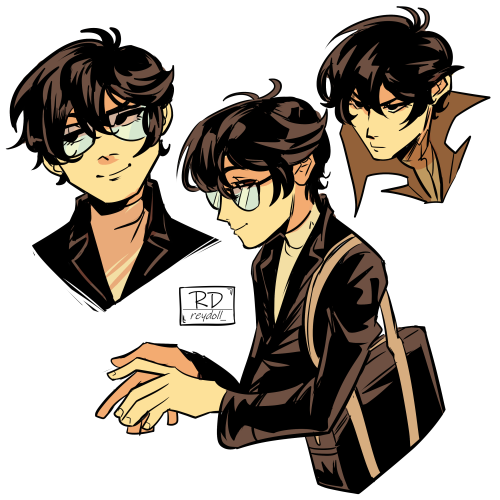 I have been released to make memes of my own fic. I have no idea how many I’m going to make but I’m going to force all yall to experience them 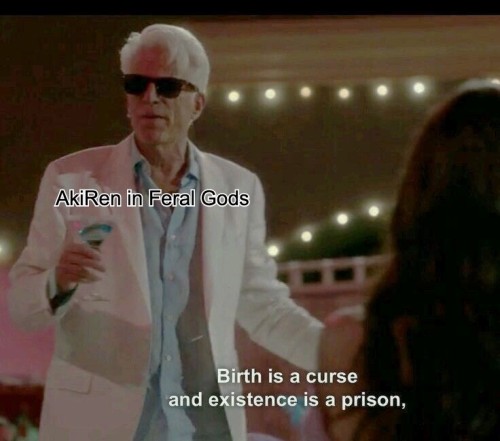 Ren felt like she had to make today the day she applied for some part-time work. She did promise Sumire after all, and she hates breaking her promises. Still, she wanted to make sure Sumire would be alright. She got out her phone and messaged the thieves.

Ren: Hey, um, would either of you want to check up on Sumire?

Ann: Did something happen?

Ren: Well, she kind of needs help finding herself.

Ann: Well, I can help today.

Ann: She’s been telling me I don’t need to worry about her so much.

Ann: So I guess this gives me a chance to get out of my head on this.

Ryuji: I’ll help out too!

Ann: I was kind of hoping to do girl stuff.

Ann: Unless you want to carry bags.

Ryuji: I’ll check on her tomorrow.

Ann: That works fine. I’ve got a shoot then.

Ren: Thanks you guys.

Ren smiled. She was grateful to have friends like hers.

Please check out this wonderful crackfic. It’s one of my favorite fics, featuring tension, gods, and Rise yelling about coupless counsling.

Amamiya has the face for sly smirks, an air of a devil-may-care charm that makes the hair on the back of Goro’s neck prickle and his nerves zing with electricity.

Goro thinks he might be in love with him.

That he has always loved him.

Ren’s years end where they begin, on a train heading to Tokyo on April 9th.

He is not who he was, not quite. He’s lived too many lives, died too many deaths, mourned too many loves. Yaldaboath twists the world each time the cycle starts anew and neither Trickster nor God could say what the world they first came from looks like anymore.

Ren starts the year over in a timeline doomed from the beginning and decides he’s needs a rest. A short vacation before he skips ahead to the next year and the next chance to put an end to Yaldaboath once and for all.

Goro Akechi has other ideas.

Summary: A new perspective, a deal and some answers.

Ooooh I’ve never written for Persona, but I’m gonna do it!

“Aaaaaaaand BOOM!” Futaba leaned back against Joker, her tension finally melting away as she stretched her arms over her head with a wide grin on her face. “Done and done! Wait ‘til Ryuji hears about this! He owes me a weeks’ worth of ramen!”

Joker smiled as he adjusted his glasses and gave the top of her head a playful pat. “Good job,” he said proudly. “And with time to spare.”

“Not much though,” she admitted narrowing her eyes, her face becoming serious once again as she tapped a few more keys. “But now we just play the waiting game.”

It had been an impressive feat, though it had taken some time. Futaba had been sat on the futon, her knees pulled up against her narrow chest, as she coded the game Ryuji had insisted she wouldn’t be able to create in a single day. Futaba wasn’t one to back down from that sort of challenge and had spent almost twenty-three hours working non-stop as a point of pride. She pulled out her phone and began to type furiously.

Joker felt his phone buzz from inside his pocket. He retrieved it and joined the messenger to see that Futaba had already announced her victory.

Futaba: Suck it Ryuji! You owe me FOOOOOOOD!

Futaba: It is uploading as we speak. Soon you will be able to play it for yourself!

Makoto: You should get some rest. I imagine this must have taken a lot of focus. You have eaten, haven’t you Futaba?

Futaba didn’t reply. Joker saw it all happen in slow motion. Her eyelashes fluttered as her eyelids slowly drooped, covering her wide brown eyes, and her entire body became soft as she slumped against him, her cheek pressed against his shoulder as she began to lightly snore. He looked back to the bright screen of his phone and began to type.

Joker: She’s out for the count. I’ll make sure she gets to bed.

He returned the device to his pocket and glanced down at Futaba’s sleeping form. She looked so innocent and small, and he found that he didn’t want to move just yet. Her slow, deep breath exhaled all of the tension she had built up over the past few hours as she’d huddled up in front of the monitor, while all he could do was watch as her fingers danced across the keyboard, working their magic. The most he could do was bring her snacks and drinks. She barely even looked up when Sojiro had brought her curry. “No time!” she’d insisted, but she quickly ate it once Joker had attempted to spoon feed her like a toddler.

He swallowed. She was still definitely asleep, but the way she murmured his name as she dreamt almost made him blush. He leaned in, placing a soft kiss on her forehead as he removed her glasses, and then his own, placing both pairs on the table, side by side. He held her close to his chest feeling more relaxed than he ever thought he could be.

From his spot on the bed, Morgana watched the two; Joker’s arm around Futaba’s shoulder as he gently cradled her against him, his lips whispering sweet nothings into her dreams as his fingers lightly brushed through her hair, the colour of autumn leaves, as though it were made of the finest silk.

“You two are the so cute together,” he muttered, turning his head away to give them their moment. “I hope I get to be like that with Lady Ann one day.”

And with that, all three slowly drifted to sleep.

This is why ryuji is the BEST BOY

Inspired from False image by Miku

I kinda see Goro with that music lol

My question is, would a single card, a Pokemon card, be fitting instead? The idea of it being it represents my desire to escape not just this building or town, but this universe, into a land of fantasy and joy. The image used is a version of me as a Pokemon, so it’d be like Kaneshiro’s money, unsellable, but also like Sayuri, in that it holds a bit of sentimental value to the owner.

Ann x crepes is my otp

Ahhhhhh this is a lot of writing but oh well. You gotta do what you gotta do for an AU

Also the double sided charm I did for the @purrsona5zine 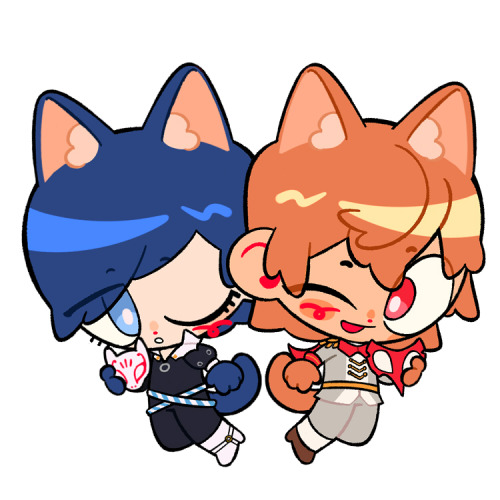 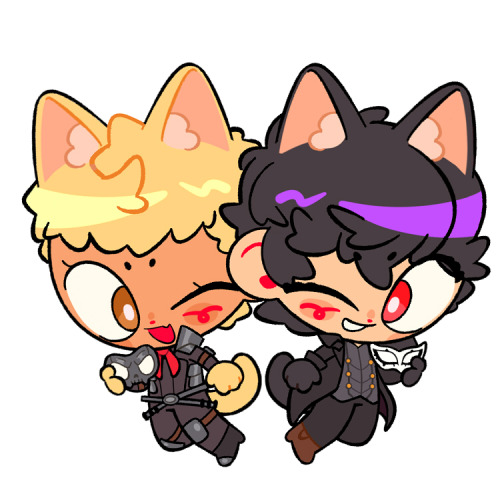 Anyways here is some sweet roxizawa content that I’ll try to make more of, then forget to make lmao

Hello yutaba nation, today I offer u these, tomorrow… who knows?