Morgan: Hey Petey?
Peter: Yeah Mo?
Morgan: What does coloring eggs have to do with Jesus rising from the dead?
Peter: …umm…
Morgan: Oh wait, I get it. By painting a dead egg beautiful colors, we’re signifying that painting a dead egg brings it back to life, in some way.
Peter: …
Peter: Yep, yep, that’s…that’s it.

all the things yet to come (are the things that have passed) by peterparkr  on Ao3 ( @peterparkrr on tumblr) ~ 1/1 ~ 13,018 words ~ Teen and Up Audiences ~ Major Character Death ~ Platonic Peter and Morgan

The first time Peter sees Morgan is at the funeral. The thing that strikes him most is how small she looks, even for her age. It should make sense—her parents aren’t that tall or large by any standard—but for some reason it doesn’t. Peter had never really noticed that Tony was shorter than the other Avengers. He had always seemed larger than life. Maybe that’s why his death hit so hard.

- Um…  🥺 so…I just… I reread this just then so I could get a sense of what to write here but I can’t even explain the emotions I just re-experienced, it makes me remember what i love so much about morgan and peter friendship (siblingship??) but anyway, here’s another story that YOU SHOULD NOT READ WITH MASCARA ON - Ella <3

Peter: *crying*
Morgan: Would a glowstick help you feel better?

#peter parker, #morgan stark, #peter stark, #morgan and peter, #peter and morgan, #siblings, #sibling goals, #omg this is the purest thing i've ever seen, #and i love it, #someone write a fan fic please, #or i will lol, #mcu, #mcu incorrect qutoes, #cute
413 notes · See All
lj-pynnChat
Peter and Morgan on Movie Night
Peter: "So, did you pick a movie?"
Morgan: "Yep! Dad said you two were inspired by this one in one of your superhero fights!"
Peter: "Cool! 'Empire Strikes Back' is always a classic!"
Morgan: *Holds up 'Aliens' with an excited grin*
Peter: ...shit.
#Avengers, #peter parker, #morgan stark, #tony stark, #peter and morgan, #friends, #hanging out, #movie night, #avengers endgame, #endgame, #aliens, #empire strikes back, #star wars, #movies, #i love you 3000
65 notes · See All
irondadficrecsAnswer
do you know any good morgan & peter (& tony?) fics that you recommend? im interested in fix-it fics and fics that follow with endgame plot (both are great reads). i love angst and fluff, but really any genre is fine. thank u so much! i appreciate all the work you put in!

i took fix-it to mean “tony is not dead just go with it” and not like the process of fixing it if that makes sense? i hope that’s ok but lmk if it’s not! don’t forget to comment and leave kudos. ily very much and thanks for asking x

I feel the love, Let it pour out of your soul. by WritingWarships

Peter was about to say it back but started worrying his bottom lip between his teeth, muling over his next few words. Ultimately he decided to just spit it out. “Morgan, why do you never call me uncle Peter?”

Morgan’s eyebrows scrunched up at that and she tilted her head in confusion. “Why would I call you uncle?”

“Daddy,” Morgan says, “Why does everyone always think you’re my grandpa?”

It’s happened before, Tony will admit that. Not out loud, not without a gun to his head, but he can admit to himself the terrible, terrible mistake has been made before. Tony’s a bit on the older side for a first time dad. Peter, as much as Tony tries to deny it, has finally entered his twenties. Peter could pass for a…ugh, he can barely even think it… a young dad. So yeah. It’s happened before.

Tony is not aware, however, that it’s a ‘everyone always thinks’ situation.

(Rhodey is so gonna pay.)

Peter lifted his shoulders into what he hoped was an apologetic shrug, but it was hard, especially with the smile that kept trying to creep back on his face—but Tony didn’t look altogether amused.

“One. Job,” Tony said, pressing his forehead against his palm. “Do you want to tell me what you didn’t do?”

Peter looked around the kitchen. Or, more specifically, what could have and should have been a kitchen but now looked more like a restrained explosion of flour, egg yolks, egg shells, squished berries, and butter. And the best part of it all was Morgan, swinging her legs off the kitchen counter and calmly snacking on blueberries from a paper cup. She extended the cup to Tony and Peter. “Want one?” she asked.

[or, Peter Parker is a terrible baby-sitter. Fulfills prompt #999 for Irondad 1000 Feelings, ‘the glee of having completely screwed up a task you resented’.]

a very, merry unbirthday by ciaconnaa

“What’s all this, huh?” Peter asks. His eyes don’t leave the table as he wanders over to stand by where Tony is sitting, wrapping him in a gentle hug and pushing his head into his chest. Tony smiles before he tugs gently on the sleeve. Peter gets the message and leans down, allowing Tony to kiss his temple in greeting.

“You threw me a birthday party,” Peter accuses, smile going all dopey.

“An unbirthday party,” Morgan corrects. “Like in Alice in Wonderland. For all the ones you missed!”

We Will Foresee Obstacles by blackwatchandromeda

“So are you gonna save him now?” Morgan asks, voice small.

The war is over. Thanos has been defeated, the population has been restored, and Peter has lost one of the most important people in his life.

After the funeral, Peter meets Harley and Morgan. They’re all in the same position, all missing the same person, and it’s not long before they come up with a scheme to save him.

That is, if they can pull it off.

Post-Endgame fix-it fic because I refuse to accept that part. Contains plenty of Ironfam, with a healthy dose of May, Ned and fake time travel science.

What if Morgan’s middle name is Petra since it’s the female variant of Peter??? Can we have this

It’s the little things, Morgan thinks, that make grief so painful and all-consuming.

It’s the empty seat at the table, the web shooters left on the living room table, the empty space next to her or Dad when they watch movies.

It’s in the way she’ll move to call Peter, to tell him about her day, only to remember that he won’t, can’t pick up. Because someone ran a fucking red light, and they killed her brother, and Morgan just wants to scream because it all hurts so goddamn badly.

Grief, she thinks, is an ocean. The tide sucks her in, without her brother, her anchor, she’ll drown.

Just like Dad. He hasn’t left his bed in four days. After the funeral, all the fight seemed to leave him; he had flopped onto his bed and refused to get up. She thinks she’d rather have the father who had been anxious and snappy over this. It’s all Morgan can do to erase the image of Uncle Rhodey holding Dad as he sobbed from her mind, but this detached numbness terrifies her. She and Mom stay curled up next to him, but Morgan can’t help but wonder if it’s enough. Dad loves them, but even Morgan knows that they are poor substitutes.

What do you say to a man who has lost his child twice over?

Dad keeps one arm curled tightly around her, as though he’s afraid she’ll disappear before his eyes. Maybe she’ll turn to ash, maybe she’ll get into a wreck. But she can’t if she just stays with him.

Not that Morgan minds. Things are just so…tense now.

Morgan doesn’t think she’ll ever stop crying. She wonders what it would feel like to be numb, like Dad.

At least maybe she wouldn’t feel the pain that threatens to swallow her whole.

#peter and morgan, #my fic, #my writing
143 notes · See All
natashalieromanovsText

not that she’s never seen someone have a panic attack before - tony works hard at his recovery, but he still has them sometimes - but to see her positive, upbeat, seemingly carefree older brother in such a vulnerable position?

it puts a lot of things into perspective for her

it becomes a tradition 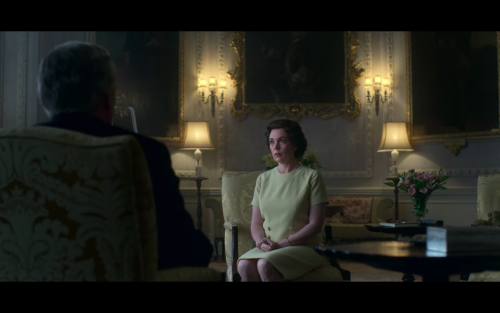 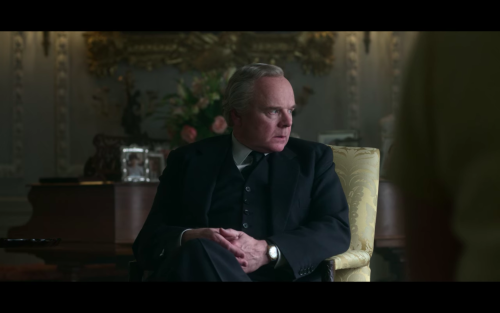 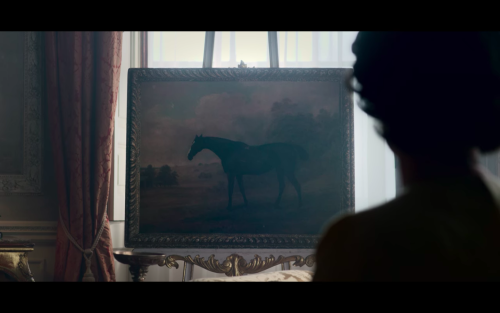 #the crown, #peter morgan, #harold wilson
1 notes · See All
worstlokiChat
Thor: oh it's you guys—
Peter, deep voice: with all that is golden in body
Thor: uh, what???
Morgan: And mind *anime transformation pose*
Thor, growing more worried by the second: ???
Harley: And spirit *anime transformation pose*
Thor, seriously not knowing what this is: ???
Nebula: And soul *anime transformation pose*
Thor, freaking out because what is this: ???
Peter: we summon tonight the life of death and all it's entailing ghouls *gestures to door*
Thor: *shrieks*
#pov: you are a marvel executive and instead of handing in a resume with my qualifications for a job i give this and an embellished gold card, #I also say 'you're welcome' in a horribly emulated rendition of Maui and wink before sauntering away cooler than the rest of marvel combined, #the comedic potential of Tony having adopted the bunch is immeasurable, #peter morgan harley nebula and loki pranking thor mercilessly >>>, #they leave no survivors with each prank, #thor doesn't just shriek he also jumps across the room and out the door and does not return until the next morning, #healthy sibling interactions amirite, #working together to fool thor is very healthy, #i bet you thought i was talking about thor and loki as siblings, #jokes on you but odin doesn't have adoption energy like tony does all he does is steal and eat hot chip and lie, #so idek if loki was ever legally adopted as thor's brother and it's too late for marvel to try and fix that so it's 50:50 that he was stolen, #so anyway another halloweenish post just because, #please take the time to imagine what mayhem harley morgan loki peter and nebula would cause in quarantine
151 notes · See All
animallover81Photo

THESE AREN’T MINE THEY’RE FROM PINTEREST, BELONGS TO TRUE OWNERS! 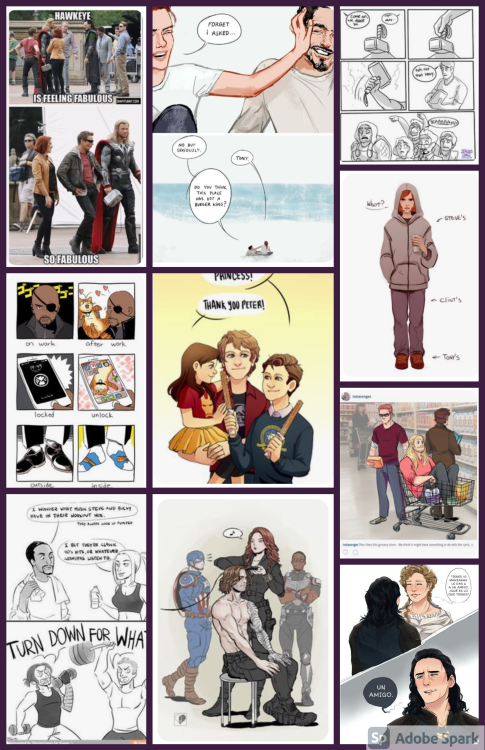 okay so im planning on starting a new social media marvel kids + tony, right? would you guys rather i post it on here the same way i had done it before or make it a text fic on ao3

Natasha, pointing at Stephen and Steve: And we are underway for a winner takes all match

Peter, with Morgan at his side: So Morgan, do you want another father?

The Tales of IronDad

Stephen(to Tony): You do have a lot of potential for self-destruction

Tony: Is that a compliment?

Tony: Ok, back me up kids

Stephen(mutterring): For God’s sake its doctor.

Harley(to Tony): You do get yourself in trouble frequently

Nebula: No matter how stupid the idea is

Pepper: I’m with the kids

Maxie telling Dante that Peter was cleared of all charges. Okay that doesn’t mean innocent. He tried to kill Anna, but she refused to testify against him. Drew didn’t want to pursue identity theft charges against him. He offered up info on the clinic where Jason and Drew were held to Robert and Robert said his charges were shelved and if he needed Peter for anything he needs to come running.

You see this list of beautiful people? They’d be very loved here in Neptune! You can apply for two of them, or anyone else, with no writing sample necessary!

*Tony has entered the group chat*

*Tony has left the group chat*