More Spidergang posts due to quarantine

Well, it’s less of spider gang and more of just the characters

Peni: My heart just starts beating irradically whenever she’s around, my face starts flushing, and I daydream about living the rest of our lives together

Peter B: Okay kids, word of advice, did you see what I did just then?

Peter B: DONT DO THAT

Miles: Noir gets pretty confused in our group chat, do you think we should teach him about meme culture?

Poppy: Glad to see we’re on the same page

Miles: Hey Peter! When Little May is born, will she have your powers?

Peter B: I don’t think my powers are genetic kid, just a side affect of a weird ass bite

*Later in an alternative universe*

Peni: Hey Ham, do you ever get weird that we eat bacon around you?

Ham: No don’t worry about it!

Ham: Cannabilism is totally legal in my universe

*Miles and Poppy, talking to each other in Spanish*

Ham: We all know you’re talking shit about us infront of our faces

Miles: Seriously Ham?! How could you say something like that!

Poppy: I thought we were friends. Don’t you trust us?

Peter B: Yes we do, and Ham is being an idiot. Sorry kids.

Miles: Thats exactly what we were doing

Poppy: What do you think of my new suit! More pratical huh?

Noir: Why are your shoulders bare?

Poppy: What are you, a school administrator?

The Spider-gang, whenever one of them gets hurt: Homophobia at its finest

Miles: Guys my parents found out about my secret identity and they’re freaking out!

Noir: It’s like getting a pierogi only to find it has no filling!

Ham: YOU NEED A NAP

Peter B: I still can’t believe those are our not-kids

Ham: I can’t believe we have not-kids

Noir: I know, I never thought I would be a not-father at age 24

Peter B and Ham:

Noir: I’m almost a decade older than you

Peni: Who put him on the streets! He’s so young!

Noir: I AM a decade older than you

Peter B: Ham, please don’t give me a heart attack

Peter B: How old are you

RIPeter: What? No! We’re dating

Miles: And that’s my uncle

Poppy: C’mon. The question is-who here does the best impression of Peter Benjamin Parker, AKA Noir. You’ll be judged on voice, body language, and overall lack of flair. Everyone will perform the same scenario. Noir, eating a marshmallow, for the very first time

Peter B: What is this gluttonous monstrosity before me

Gwen: The sugar in this is quite sweet

Peni: I can see him doing that

Miles: I don’t care for it, classical music.

*Everyone laughs as Noir pops in*

RIPeter: Noir hey! Nothing, just eating some marshmallows, want one?

Noir: Marsh…mallow? *takes one and eats it* 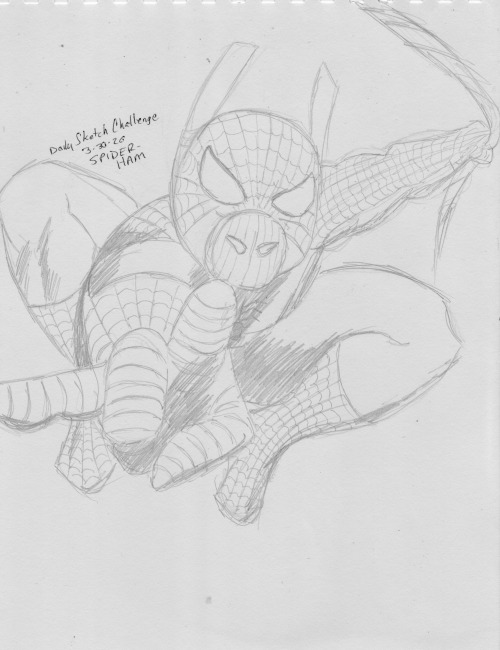 Jefferson Davis: [using a megaphone] all spidery-people need to come out with there hands up!

Gwen: oh my god, the police are here.

Peter: relax guys, as long as we’re calm and quite we can sneak out-

Spider-noir: [smashing a 40 on the ground] SCATTER! 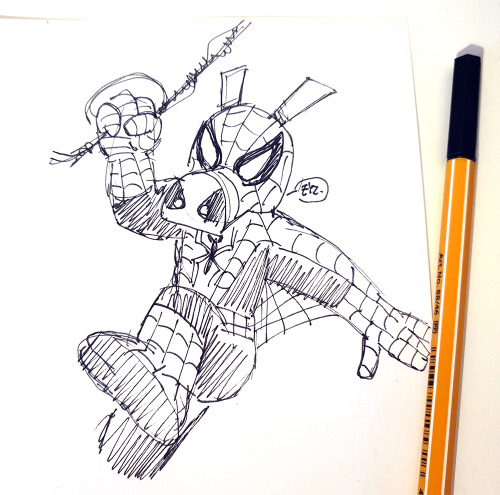 Peter B Parker: “Okay Miles, Let’s say you’re web swinging and Ham and Gwen get in the way. Quick, what do you hit?”

Peter B Parker, sighing: “The brakes, Miles. You hit the brakes.”

The One Thing (Into The Spiderverse) fan animatic [Swear warning]

So this is my expressing my love (read: getting out of my system) for anything Spiderman or Venom or Deadpool. MCU involved and such. Don’t worry Sanders Sides will come soon

Audio: The One Thing by John Mulaney

Art by Will Robson and Erick Arciniega 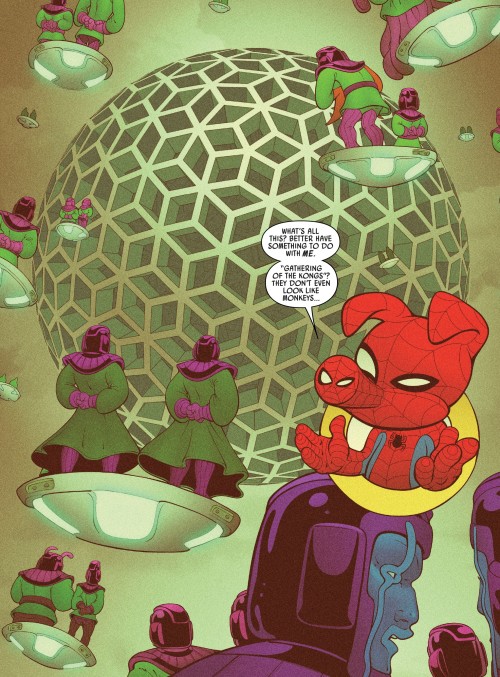 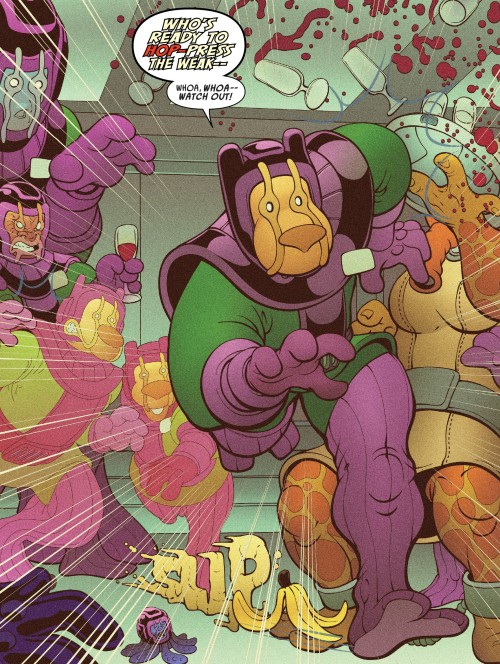 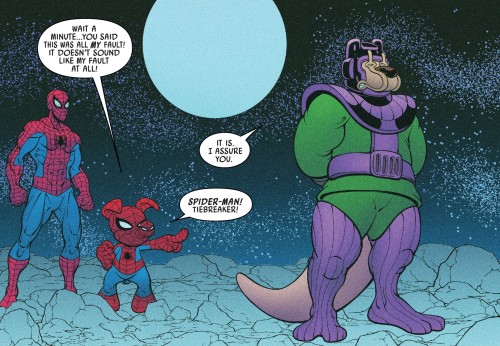 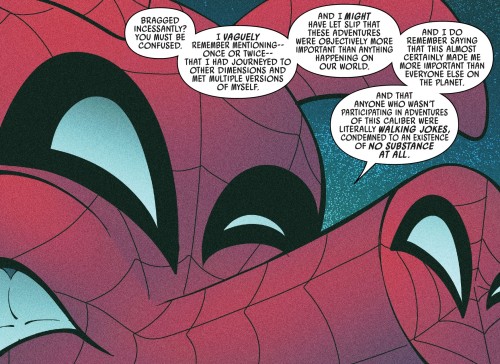 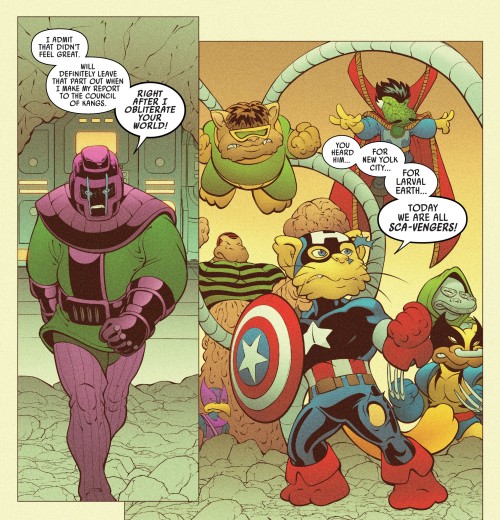 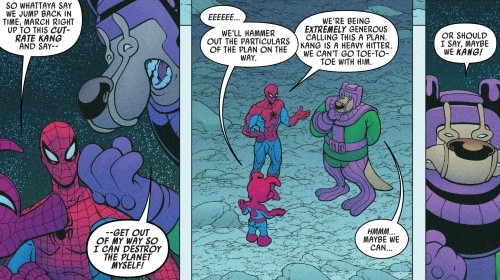 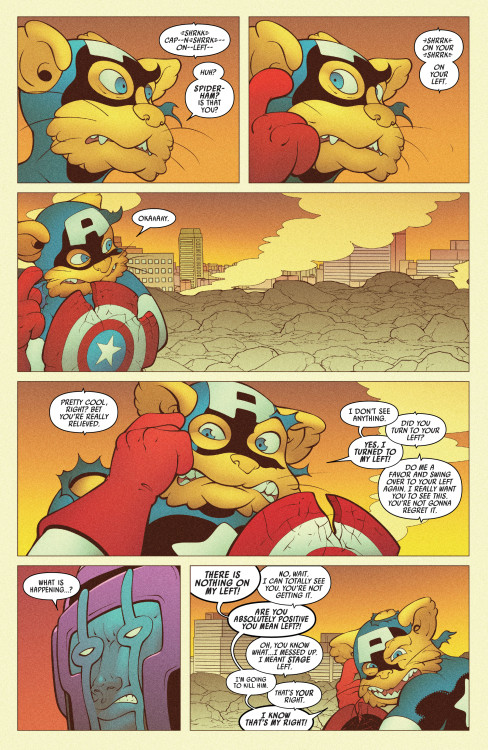 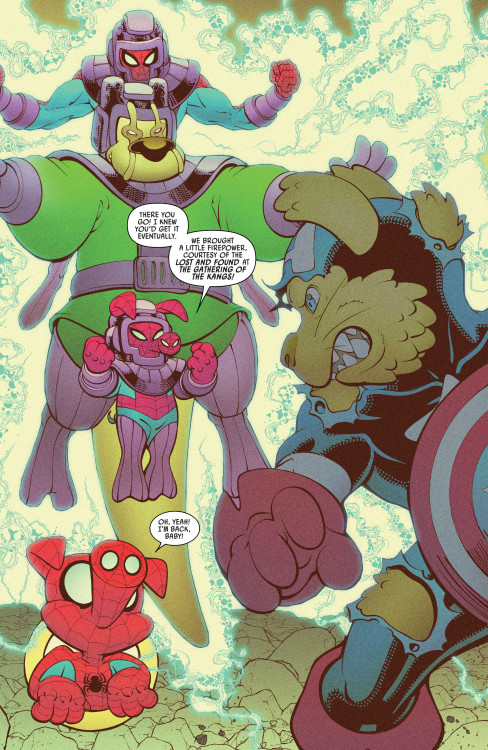 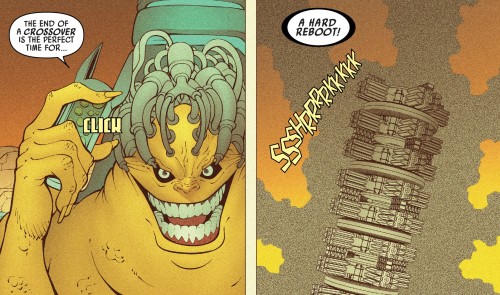 written by Zeb Wells
art by Will Robson & Erick Arciniega 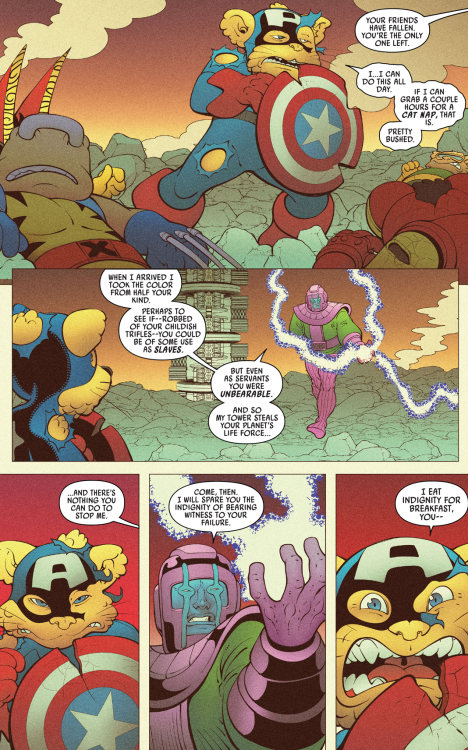 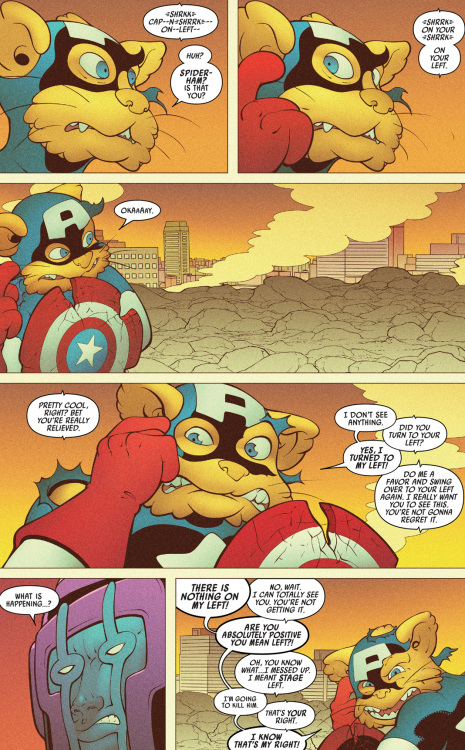 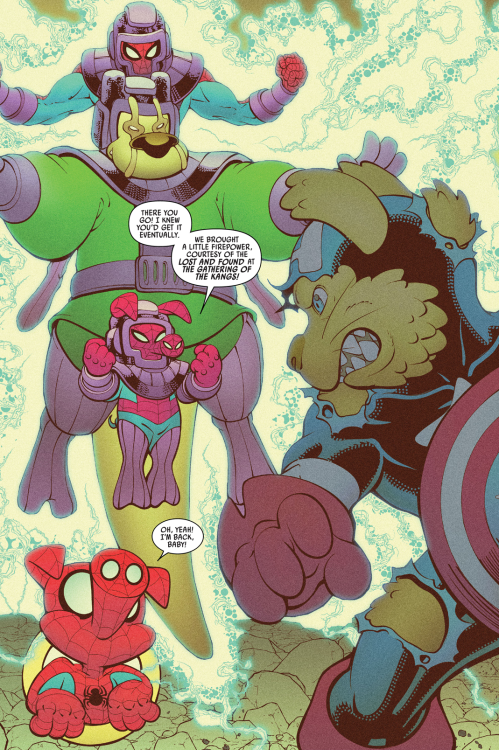 My old cosplay suit of Cindy Moon. I loved that suit :’) I got a lot of compliments at last years Halloween Block Party too

written by Zeb Wells
art by Will Robson & Erick Arciniega 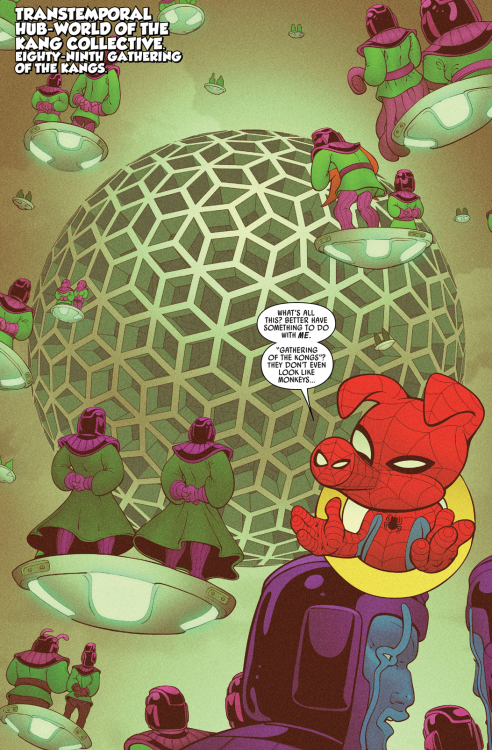 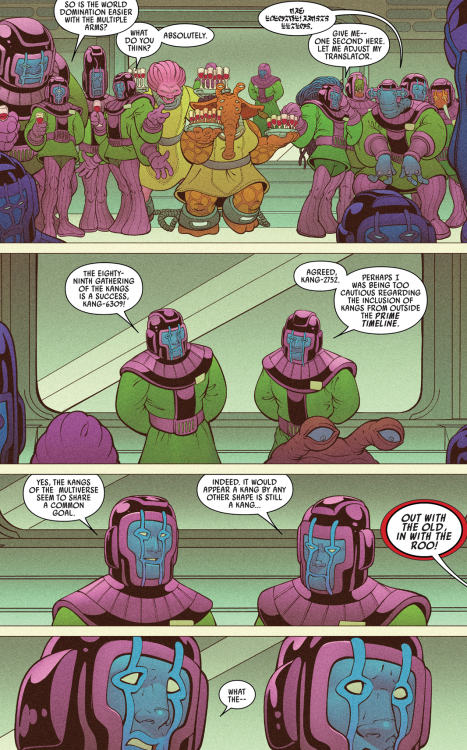 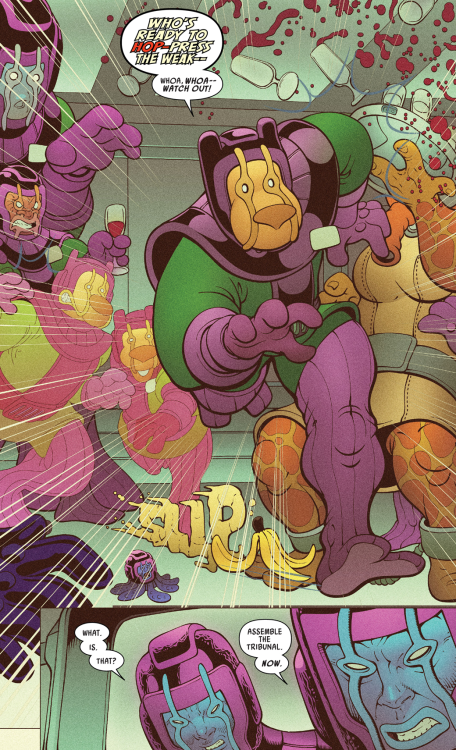 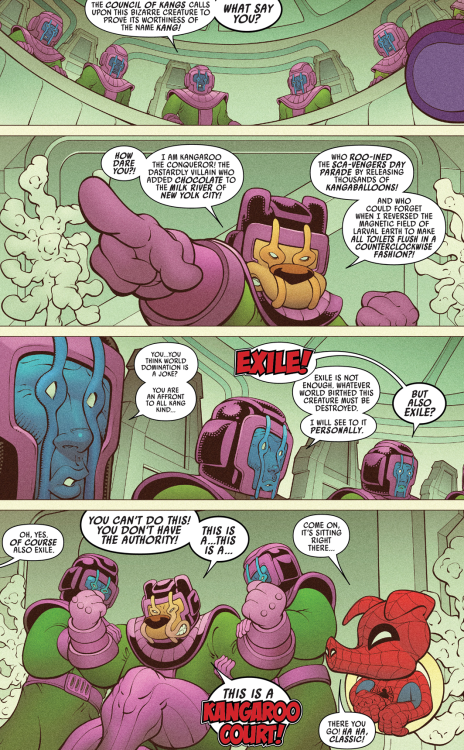 Okay so I just rewatched into the spiderverse

I don’t know if anyone has pointed this out already, someone probably has, but it’s just a really small detail that I noticed and it’s that the eyes on Spider-ham’s nose match whatever expression his eyes are making and it’s really fucking funny. They also blink with him and it’s the same in the shorts.

im not sure if this has been done before but….. 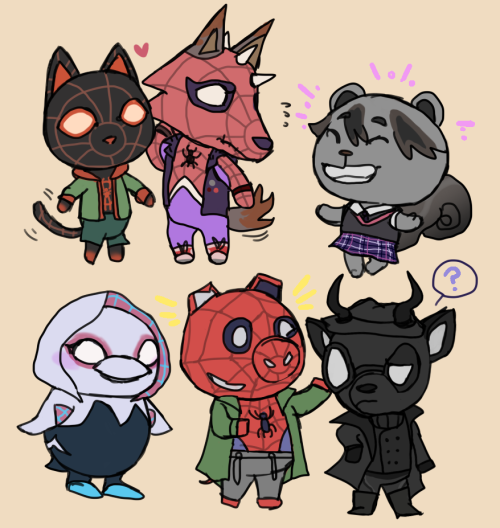 INTO THE SPIDER-VERSE BUTTONS DESIGNS 💜

Just found out a friend was hired by a big studio for work. This friend has been working on this movie for awhile now but I just now found out about it. I’m happy for them, truly. It’s an amazing opportunity.

… but at the same time, I remembered this friend talking mad shit about the previous project, which they didn’t work on, making me doubt their ability to do it true justice.

I’m happy for them, honest. However, knowing this person and their mindset on this particular project, something I’m passionate about, something that they’ve argued against me about and gave me nothing but shit and contempt for, makes me doubt that they will give this project the true justice it deserves.

It don’t matter now, they’re already working on the project and I don’t fuck with people’s money. Still, doubt lingers.

“Since you asked, I won’t lie… you will believe… A PIG CAN FLY!” – Spider-Ham

Art by Will Robson and Erick Arciniega 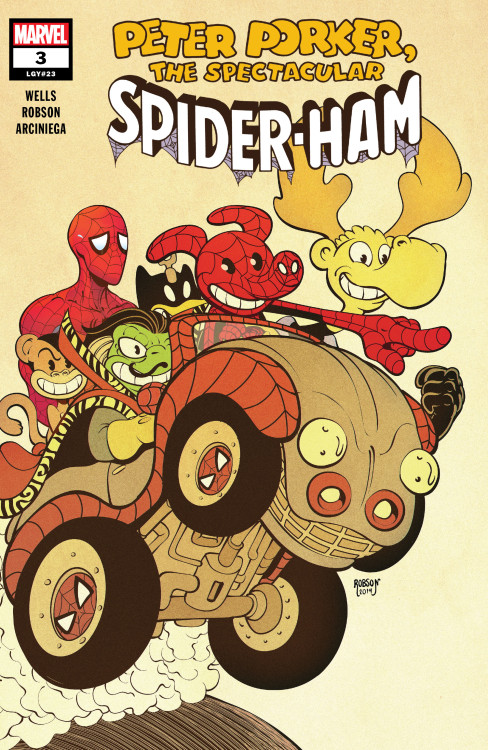