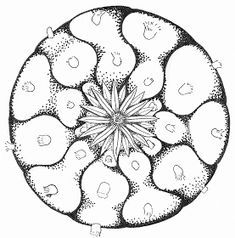 “The mystical experience is doubly valuable; it is valuable because it gives the experiencer a better understanding of himself and the world and because it may help him to lead a less self-centered and more creative life.”

QUANAH PARKER had grown up on the Southern Plains as the son of a Comanche chief, Peta Nocona, and a white mother, Cynthia Ann, who has been captured as a child from her settler family. When he was fifteen she had been found and forcibly returned to civilisation, where she spent the last ten years of her life begging without success to be returned to her tribe. Though despised for his white blood - Quanah, the name given him by his elders, meant ‘bad odour’ - he submitted to mockery without complaint and proved himself in battle, becoming a member of the feared Quahada warband. He was barely more than a child when the Plain tribes were finally forced onto the reservations by the Treaty of Medicine Lodge in 1867, but he was among those who refused to submit and become an outlaw. When the campaign to eradicate them escalated into the Red River War, they hid out in the sandstone bluffs and canyons of Palo Duro in far northwest Texas. In 1875, after the ruthless cavalry commander Colonel Ranald Mackenzie shot a thousand of their horses, QUANAH’s band finally submitted to forced captivity.

[…] QUANAH’s authority rested on the delicate balancing act of remaining a trusted broker to the federal government while also defending his people against exploitation and the existential threats to their culture. In 1890, unlike many other tribal leaders, he firmly rejected the Ghost Dance. Such messianic prophecies had cost him dearly once already: the destruction of his warband had been set in motion by their failed raid on a USA Army batallion at Adobe Walls in 1874, into which they had been enticed by a medicine man named Eschiti, who had prophetised that QUANAH and his fellow warriors would be immune to the white man’s bullets. QUANAH had no interest in following Wovoka down the same road. “Having just got fixed to live comfortably”, he remarked, “I would be worse than an idiot to incite my people to do something that would make beggars and vagabonds of them”.
By this time he was a prominent advocate for the peyote religion, which had become established in the reservation after the Texas-Mexico railroad opened. It was said that QUANAH first encountered peyote in 1884 when he was cured by it of a serious stomach illness; he may also have learned its rites from one of his wives, who was a Lipan Apache.

[ (…) Peyote had reached the Plains tribes via the New Texas-Mexico railroad, and their ceremony drew on deep roots in Spanish chronicles of the Nahua (Aztec) people. Before that, an unwritten history attested by art and archaeology unrolls the story of mescaline-containing cacti all the way back to deep prehistory and the earliest temple cultures of the New World. (…) ]

“Some histories credit him [QUANAH PARKER] as the originator of the Plains peyote ceremony, and he was certainly one of his most effective proselytes: during the 1890s he presided over meetings among many tribes including the Cheyenne, the Arapaho, the Pawnee, the Osage and the Ponca. But it was no one’s invention; it was at once a creation of all and none. Setting the ceremony within a tipi was in part a response to the new strictures of forced captivity that included prohibitions on openly singing and dancing, though the form of the tipi circle took its charter from older traditions such as the Kiowa sacred stone ceremonies. […]
"QUANAH , like MOONEY [see my next post, entitled, QUANAH PARKER, JAMES MOONEY AND THE SACRED PEYOTE (Part Two) ], saw peyote as an alternative to the self-destructive path set by the Ghost Dance. The federal government, however, treated it from the beginning as another movement to be crushed. An 1886 report on "Gambling and Other Crimes” in the Fort Sill reservation described it as a vice that 'produces the same effect as opium’. in 1888 the trade in peyote was banned on the reservation but it remained on sale at nearby trading posts, and the clandestine nature of the tipi ceremony made it impossible to police. 'They kept it hid out like the whites do whisky in Kansas’, the exasperated new agent Charles Adams wrote in 1891. QUANAH stood his ground, insisting to the agency and to the missionary council that it was both a sacred tradition and a valuable medicine. Picking his battles carefully as always, he relaxed his opposition to Christian schooling but insisted firmly on his right to peyote, as he did with his polygamy. He counted on the government to recognise that persecuting him on either count would be more trouble that it was worth.

[…] Like MOONEY, QUANAH recognised that the peyote religion needed to accommodate itself within the Protestant culture that surrounded it. He presented the tipi ceremony not as a rival of the mission school and the prayer meeting but a complement to them. Unlike in tribal Mexico, there was no caste of shamans who cultivated their spiritual power: the roadman who led the ceremony was mere a facilitator, humble in his role and careful to pass the sacred wand, rattle and drum around the circle for every participant to touch. Peyote made every man his own conscience and his own priest. QUANAH resisted Christian conversion to the end but he spoke its language fluently, and he presented peyote as a distinctively Indian expression of the same higher truth: 'the white man goes into his church house and talks ABOUT Jesus, but the Indian goes into his tipi and talks TO Jesus’. Christ’s crucifixion was the white man’s sin, and Indians had no need to atone for it. Peyote, the form in which God had always been with them, was their communion.“ 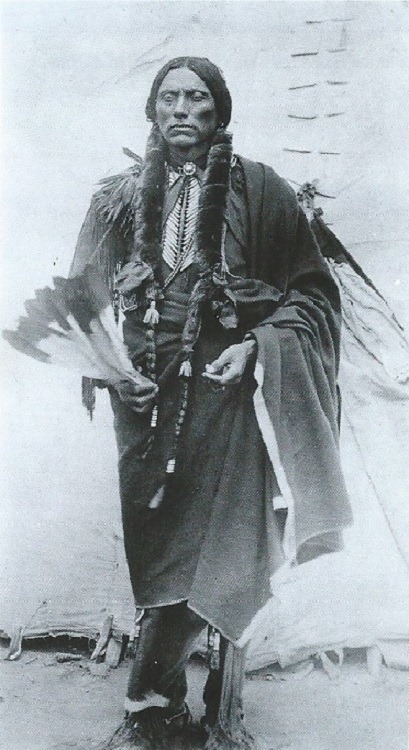 “Just for today… I shall forget my sorrow and feel my soul.” 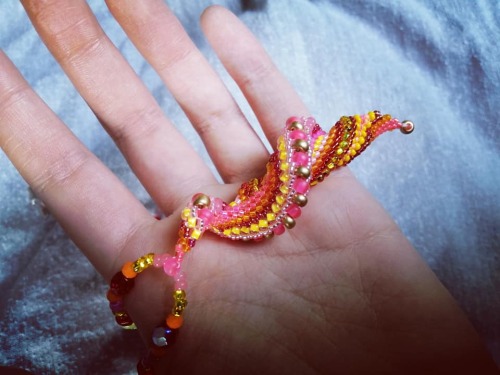 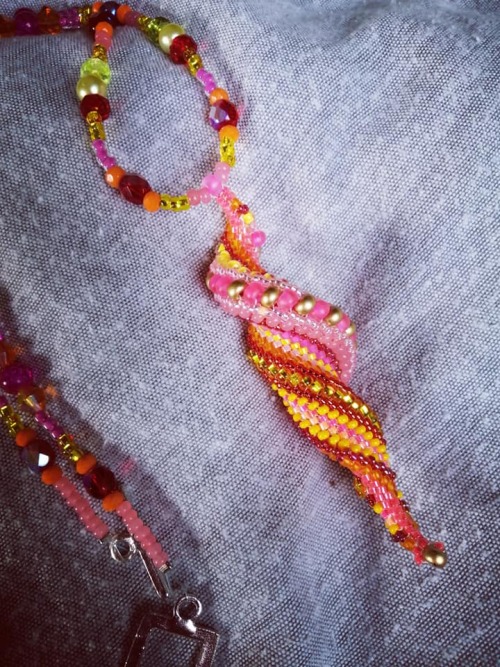 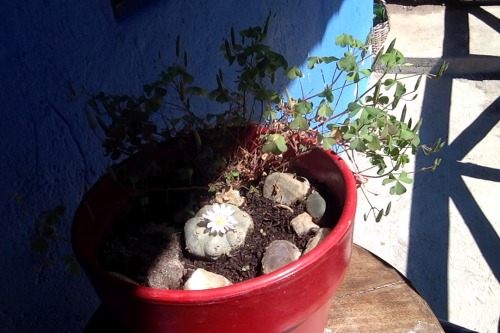 I made this to go in the Chronic Creatives auction on Facebook, they’re having an auction to raise money for the CFS/ME research.

She’s going to be available to purchase some time in May, depending on the current state of play then. (What with the dreaded C virus and all)

So… I have my part through drugs. But I’m not finished yet. There’s some shit I still need to try before, I don’t know, get kids? Before I have my own family? Well…

Like mescaline. They say this shit is the real deal for hallucinogens. I’m a marijuana user and I’ve done shrooms some times but mescaline is the ultimate goal. 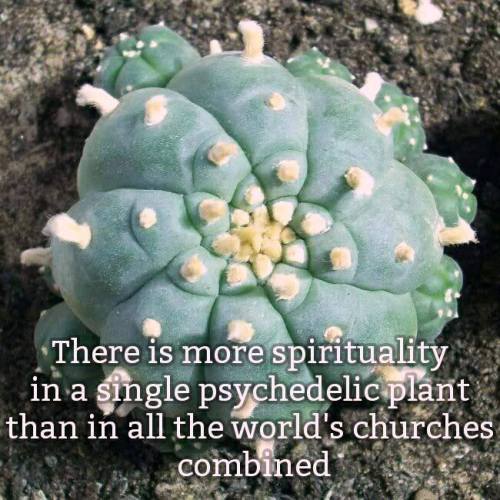 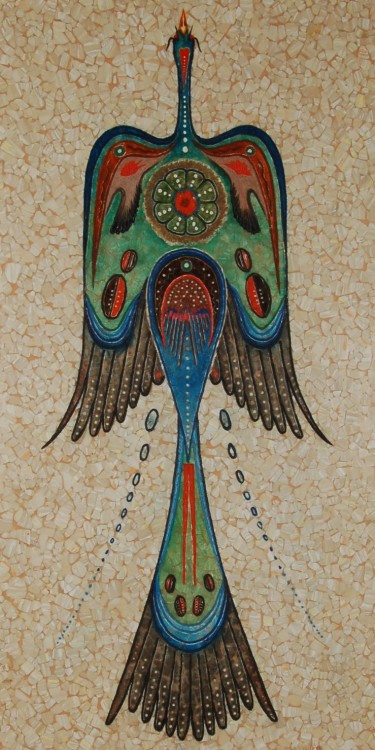 Has anyone done peyote before? Tried it last night and had the time of my life, but today I’m super lethargic and spacey. Are these normal side effects? Google isn’t helping rn 🙃 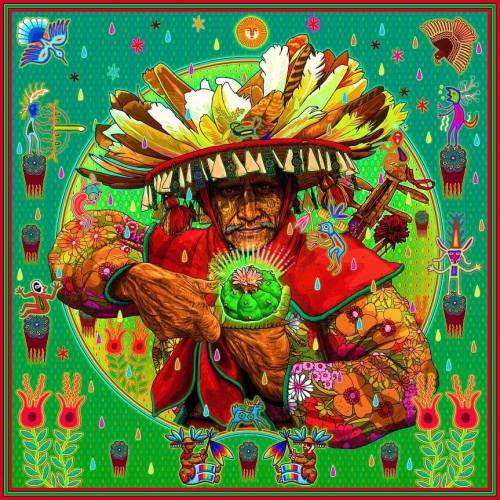 Some art I made! I call it the fractal cacti hive mind.

I just recently discovered the awesomeness of acoustic ecology, and I’m convinced that we humans would be a lot happier if we just sat in a forest and listened to our place in nature. I mean this in a very literal sense, the natural sounds of ecosystems is quite possibly the most perfect live musical performance ever preformed. Our entire psychology is intricately woven into the grand tapestry of the musical compositions of our planetary ecosystems! With spring arriving soon, be sure to schedule some time to just sit and listen to nature come alive again.

~With much love, Karl.