2nd April 2020: I love working with Scot’s The Discoverie of Witchcraft because it’s such a weird text. I particularly love the section where he exposes how stage magic works.

Sending you some spring vibes. Hope you are all healthy, safe and sane.

Took a walk to distract myself from writing that paper.

Alright, 2nd day of home-office. I really enjoy the comfort and warmth of my home. I must admit, I am not always 100% focused and sometimes I do procrastinate, and sometimes I catch myself watching youtube. But I wouldn’t say that I get more done at work. Not at all. 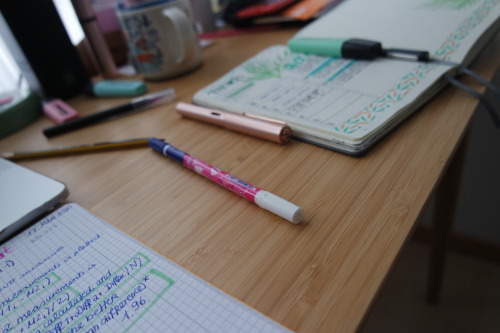 Be strong, be kind, take care!

Struggling to keep up with my reading schedule while working on my research. This month I finished 魔道祖师 and enjoyed it.

We are doing interviews for another PhD student and doing one on ones so they can ask us questions about the lab. I waste so much time being like “that’s just my experience:) :) :)” when I could just say, “RUN!!!! RUN now!!!!!!”.

Just like that, off to Boston to present a conceptual paper on consumer behaviour and exoskeleton utilisation!

There is undeniably a relationship between language use and our experience and perception of the world, but before we can discuss this, there are two concepts that we need to understand: the Sapir-Whorf Hypothesis, and Cognitive Linguistics.

The Sapir-Whorf hypothesis was first put forward by Edward Sapir in the early 1900s and later progressed by Benjamin Whorf, and makes the case that the structure of our language must in some way influence the way that we see the world, and so perception is relative to a subjects’ spoken language.

Cognitive linguistics, on the other hand, adopts quite the opposite: the way that we view the world influences the structure of the language and words that we use.

We use language every single day, in a number of different ways, whether this be to communicate information or express emotions, to tell jokes or entertain, to persuade others of a certain belief etc. we continue to use language in our expressions and thoughts. However, many linguists and philosophers (or maybe all linguists are philosophers) believe that language does not only express ideas but it plays a role in shaping the way that we view and understand the world.

There is a lot to look at when we look at language, not least because of how many words there are in a language, the different ways that words are used etc. but how do we go about choosing one language of the six and a half thousand languages that are in existence? I will provide two examples of how metaphors are used and their basis being on the way that the world is perceived, both involving direction.

When we English speakers in the West claim that something is ‘behind us’, we can think of this in the literal sense as being physically behind – that’s to say out of sight at the ‘back’ of us – or we can think of it metaphorically as being in the past and what is before us is what is to come in the future. Both are valid interpretations and understandings.

If we analyse this two-word phrase ‘behind us’, not just in English but cross referencing them to other cultures also, Trask and Mayblin show how they can mean different things in different contexts.

First, let us look at the metaphorical example, that what is ‘behind us’ is the past and what lies ‘before us’ is the future. This understanding depends on our perception of time. It is believed that we English speakers in the West view time as being a thing that remains constant and stands still, while we travel through it. In this way, we are travelling through time, the past has already come and gone, and is now behind us as we walk away from it and towards our future.

For Ancient Greeks however, the subject remains still in time while time overtakes us. Because of the direction they believe time to be travelling (coming from ‘behind’), the ‘past’ is in front of them and thus visible, while the future is behind them and unknown. The root of this lies in different perceptions of time. The use of metaphor here used by ourselves and the Greeks, bound by context, plays a central role in cognitive linguistics.

Now to look at the literal meaning of ‘behind’ or on the ‘back’ of, let us use the example given by Trask and Mayblin, of a cockerel. In English, when we say that the cockerel is on the back of the house, it seems obvious what this means – it means that the cockerel is behind the house, maybe in the garden etc., whatever is the opposite to the front of the house. This makes sense to us. But, in many cultures and languages (which we must distinguish from one another), namely in parts of Africa, to find the cockerel ‘at the back of the house’ means that you will find the cockerel on the roof! How can this be, is the natural question…

We as English speakers in the West orient ourselves as human beings. What this means is that we view our left and right based on our positions and as our backs are behind us, we naturally believe whatever is on the back of something to be behind – the two become almost synonymous. Not all languages work the same, they do not all use the human being as a metaphor for direction as we do. There are speakers in other languages who use four legged animals as their metaphor, such as some African language speakers who use animals such as the buffalo; as the ‘back’ on the buffalo is not behind it, as is the case for people, but on top, ‘the cockerel is on the back of the house’ would mean that it is actually on top of the house.

Although ‘behind’ or ‘on the back’ seemed to be a literal meaning, they too are metaphors that have developed through our perception of the world, which has through time evolved the way we use words and phrases. Different metaphors, as seen, produce different meanings and the cognitive linguist would argue that almost nothing can be expressed without understanding of metaphors, and more importantly the context of the metaphor produced. 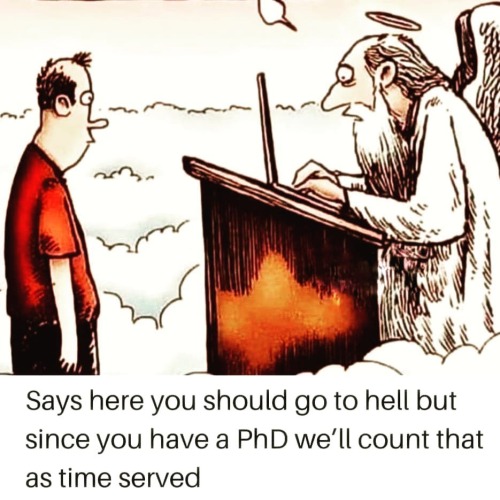 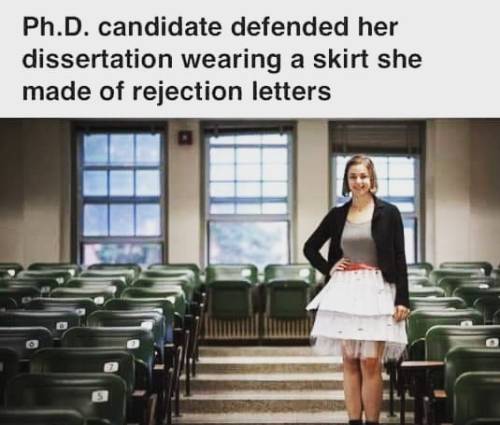 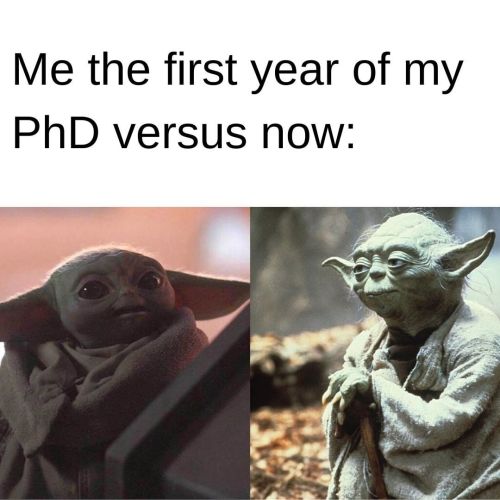 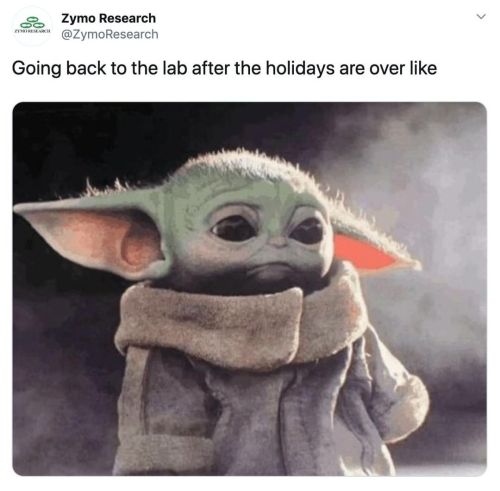 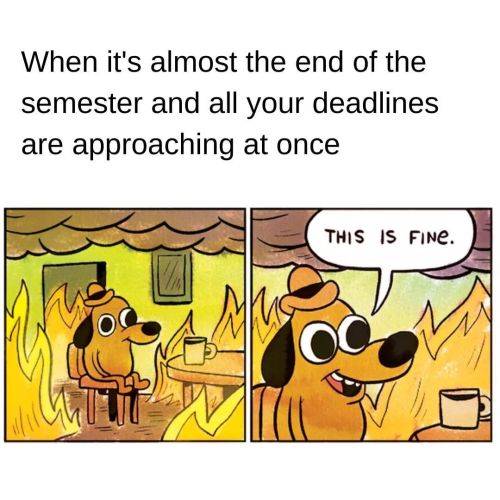 Honest question to anyone out there who has an answer to offer. I am trying to decide between two grad school programs, both neuroscience PhDs.

1) Solid program, my top lab choices aren’t really panning out mainly because of various funding/other obligation constraints on the PI side, but there are still a few options for labs. The program director is hugely supportive, and the program is in a place that I know I would enjoy living, I could be close to family, my SO likes more, and would give me much more financial peace of mind.

2) Really really good program, the science is awesome, my top choice PIs are panning out in addition to several very solid backup options. The program director is nowhere to be found and it seems like there are far fewer centralized checks on student progress. The program is in a location that would be juuust barely within my financial limits, where I could see myself tolerating/mildly enjoying the culture but not loving it, much further from family.

I am worried that if I spring for option 2, I will stretch myself so thin outside of being a grad student (finances, culture, distance from family) that I won’t have the bandwidth to be successful in school, despite the better science. A major factor in this is that I want to have kids in grad school and of course having family around would make that much easier. But on the other hand, if I pick option 1 and free up my bandwidth to fully focus on being a grad student, am I setting myself up for disappointment scientifically with way scarcer options for labs?