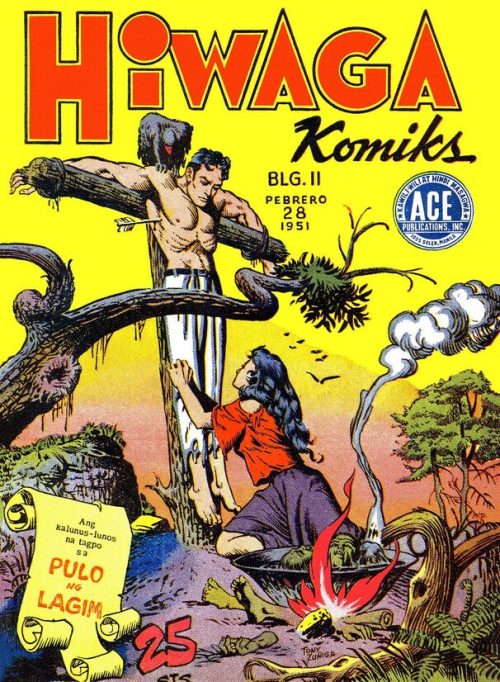 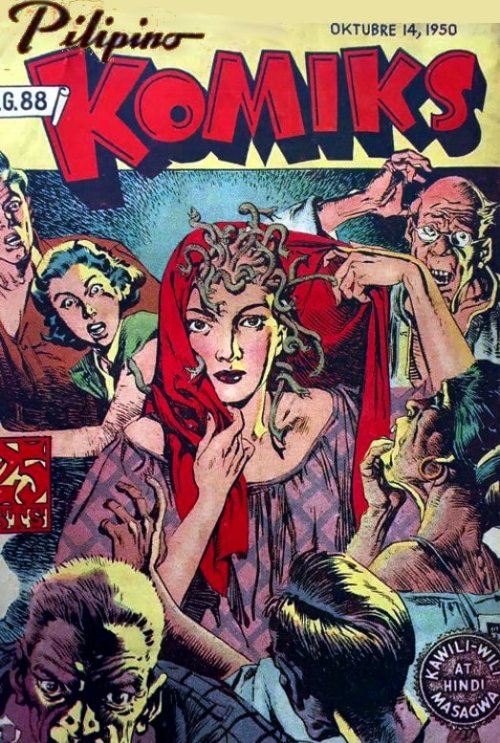 Ken Suson looking good at everything he wears ✨

Finally, ‘Hanggang Sa Huli’ in Jeju MV has been uploaded in our official YT channel 🙌 Thank you for patiently waiting, A'TIN!

Are you a writer? Does the idea of writing two well-researched business blog posts a week (eventually progressing to more) excite you? How’s your grammar? How much do you love deadlines? ✍️📑🧠

One of our Australian clients needs a Content Writer, and if you read those questions with joy instead of dread, you’re probably one. We’d love to meet you to talk about this work from home career opportunity on the day shift.

Both the pay and benefits are great, and include free private medical insurance for you and a loved one, starting on your first day at work. If you’re curious, discover more and create your GO-VA profile here, please: https://bit.ly/3bS6uOc. 💸💙💯

Friendly tip: Organize your portfolio of published articles and make sure the links all work. We’re excited to meet you! Come join our tribe! 📃🖊️🙌 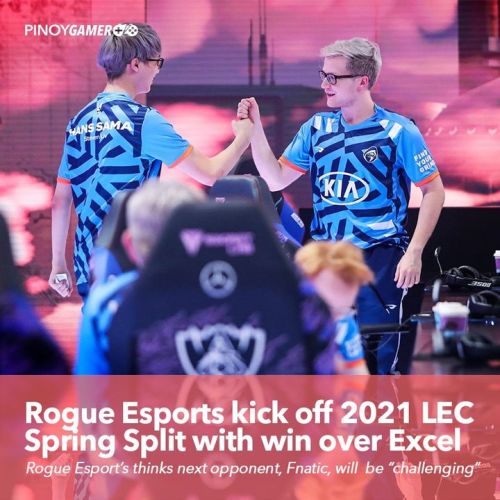 The answer might seem obvious from the answers I had back then, but in this essay, I would like to treat both arguments fairly, as both contributed to the birth of the Philippine nation. Before discussing the answers to this question, I would like to give an overview of what were talking about in the first place, which is the Spanish colonial era.

The Spanish colonization of the Philippines left an ever-lasting scar in Philippine history. The 333 years of occupation was driven with forced-labor, different forms of exploitation, and terror upon the Filipino natives. Cultural practices from the pre-colonial era were prohibited and created the preference for Christianity. The 333 years was also the years of attempted revolts, in which all the bodies of revolutionaries were used as props for terrorism against the masses. There was a great extent of corruption from the Spanish elite who ruled the lands, and Filipinos were treated like slaves. That is, until the 18th and 19th Century, when Filipinos began to participate in enterprises and ventures. Filipinos were already given representation due to wealth and privilege, that is until certain students and scholars developed a sense of national consciousness. This national consciousness became the greatest weapon for independence in the Philippines, as it gave an abstract birth to the notion of a nation itself. Various propagandists such as the members of La Liga Filipina, began to write works criticizing the Spanish government, particularly the friars who were given most control in the 18th-19th Centuries. They also proposed reform; for Indios to be given the same rights as the Spaniards, and to have Filipino representatives at the Konsehos. This was met with outrage from the Spaniards (especially from the friars), thus gave them the decision to disallow Filipino representatives in the Spanish councils. The absurd deaths of the “Gomburza” priests stirred up the masses to participate in revolutionary movements to overthrow the colonial government. The propagandist Jose Rizal’s arrest also incited revolution among the KKK (Kataastaasan, Kagalanggalangang Katipunan ng mga Anak ng Bayan), to conduct attacks and offensives on the Spanish haciendas and forts. Liberate the lands from the oppressive friars and Guardia Civil, who were the causes of economic and political exploitation and abuses among the masses.

Now, going back to the question; reform or revolt? What is exactly reform and revolt?

Reform (verb) – to make changes in something, typically in political, economic or social practices in order to improve it.

Revolt (verb) – an illegal and often violent attempt by a group of people to change their country’s political system.

Given the social, political and economic climates of the Philippines, we can rather say that there are situations where we are asked to revolt and asked to reform. Why is this so? Let us look at the Philippines in our present context.

The Philippines today did not move-on from the atrocities of the past, particularly from the underprivileged. (Although, I might also say that it was better than before since Filipinos get to participate in the market and government offices, devoid of racism). Atrocities and exploitation in the countryside are usually permitted by the centralized government in order to give way to the establishment of multinational corporations and other enterprises. Workers in industrialized areas owned by foreign investors and the Filipino elite are being paid with minimum wage and sometimes work in harsh conditions with little to no rewards. The Philippine economy is driven mostly by imports, industries that exist in this country are usually processing firms for products that the Filipino masses couldn’t buy. Meanwhile, Indigenous peoples are driven out of their land to give way for foreign companies to exploit the country’s natural resources. Tenant-landlord relations still exist in the basakan, and prices have become unfair for the peasant economy in favor for wealthier investors. Some are drowning in debt, a lot are starving and overworked with little to no rewards.

Reforms have already been in the table for years, even after the 1946 Independence, yet this has been left undone by those who are in power. An example is the Comprehensive Agrarian Reform Law of 1988, which seek to distribute lands to farmers and also somehow remove the hacienda system which still lasted even after the Spanish occupation. But where are we now? Did we really change even after the years of occupation? Protests and labor unions express these frustrations, and are often met with denial, red-tagging, and worse, confrontation. These confrontations result to deaths (such as what happened to Hacienda Luisita), and some even result to the formation and recruitment of organized rebellion, such as the New People’s Army (NPA).

If that makes sense at all, what I’m trying to say is. There are times when we can do reform, and there are times where we are supposed to revolt. Reform is usually done if the centralized government is willing to listen to the concerns of the masses. Reform needs a political leader who uses his/her political will to lift the masses and places the interests of the masses first, contrary to him/herself. (e.g someone who cannot be swayed by the sweet words of capitalists.) Or maybe from a liberal perspective, someone who is willing to talk in peace, without any false promises. Revolt is usually done when the state forces themselves are committing atrocities, such as what is happening now in Mindanao. Using the famous Duterte supporter ‘nanlaban’ analogy, ‘If a group of military personnel go to your barrio and start shooting your hens, force you to eat feces, or worse, start killing your family members and leaving firearms on their corpses. What would you do?’ Now, as peaceful resistance against the government is often left with suspicion and repression. As the UP-DND accord, a treaty denying the entry of state forces in a university that is known for its student’s critical assessment on the current administration, is being torn down. These students are our current Rizals and Mabinis, pushing for reform and respecting our current democratic processes. But these were also the same struggles that the reformists in the colonial era experienced, and was left with no choice but to revolt. It was a ‘fight or die’ game in the end. The killings and arrests of peasants and activists are becoming widespread, especially after the signing of the Anti-Terror Law. Now is probably the time to ask the question. To reform or to revolt?

The photo above is a recent event where farmer’s houses were burnt by suspected paid goons of Ayala and Yulo in Hacienda Yulo. The farmers described that they were ‘forced to watch their houses burn’ (Photo Source: Defend Yulo Farmers | January 23, 2021 | https://twitter.com/DefendHYFarmers/status/1352907170229018624) 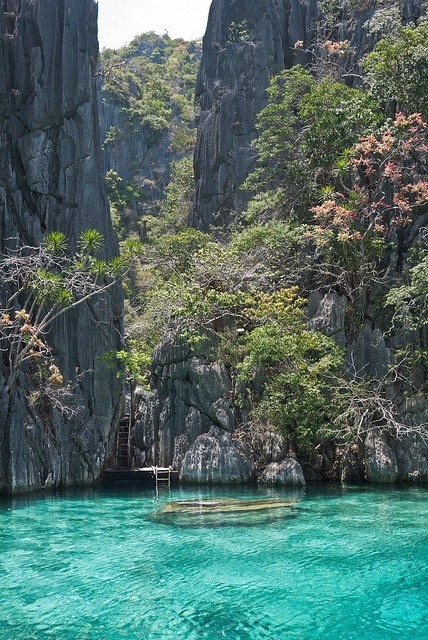