how are ya feeling today? 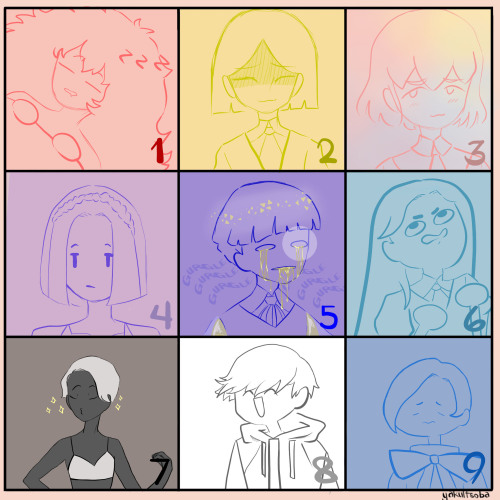 The many phases of Phosphophyllite!!!!

A relaxed smile for a little more insight.

It’s looking more likely than ever that Phos will be used to pray away the lunarians and be separated from the surviving gems, leaving them all alone. It’d fit the idea that Phos has become the new sensei who’ll raise a new generation of gems. However, I think we have one more twist in store before the story concludes.

I can’t help but feel that Aechmea isn’t done being a schemer. This moment from Ch.88 has me speculating.

“This is only the beginning” and “hoped for his true happiness” feel poignant in light of Ch.94. For someone who’s planned everything that’s transpired, his choice of words is awfully on the nose. And although his offer about a child is played as a joke… This is Aechmea. Nothing he says can be taken at face value.

There’s also the matter of “big things happening among the moon gems as well” while the earth gems are being brought to the moon. Maybe they found a way to become lunarians like they discussed, though it feels rather convenient to figure that out just hours after bringing it up. There’s potential for them to react to the arrival of the earth gems, though I wouldn’t get my hopes up that they’ll care for their well being. Dusting is unfortunately a very real possibility. I’ve been at a loss for how Yellow Diamond, Goshe, Amethyst, and Cairngorm’s stories will end and I think we’ll soon find out.

Phos’s path forward seems clear, but the last mysteries in front of us are whether Aechmea has one more twist up his sleeve, and what the moon gems plan to do. We have a lot of room to speculate until next month.

Human Phos’s design has really grown on me after this chapter. I think they’ve been drawn with more mercury on their face which really smoothed out their features and made them look less like sensei junior. I can’t unsee the emo haircut and you can’t say it doesn’t fit them by this point. 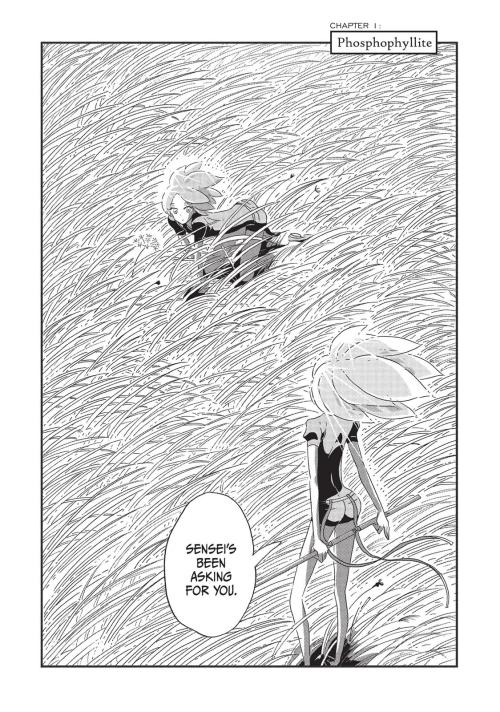 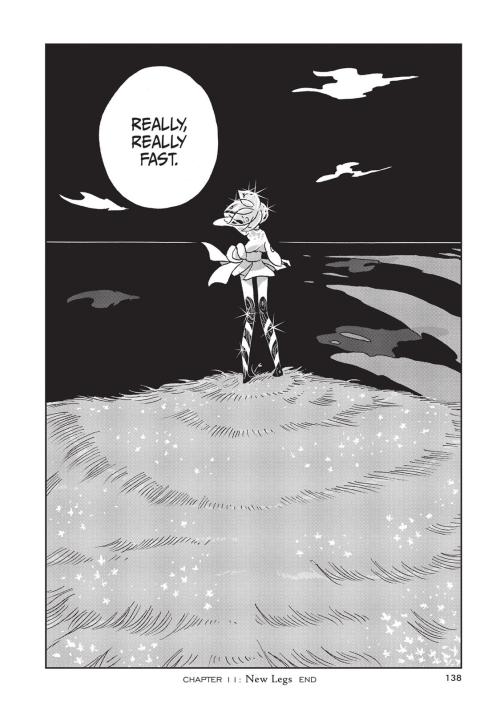 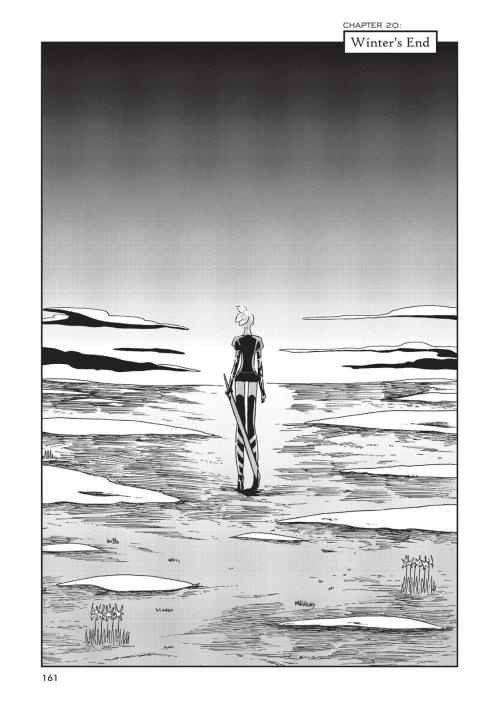 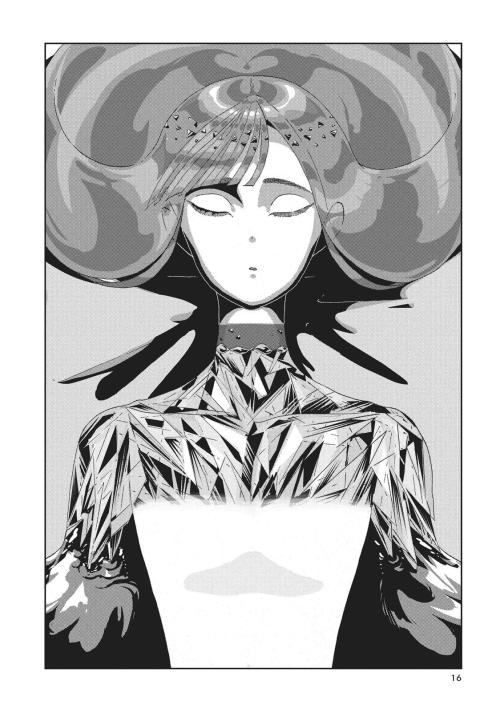 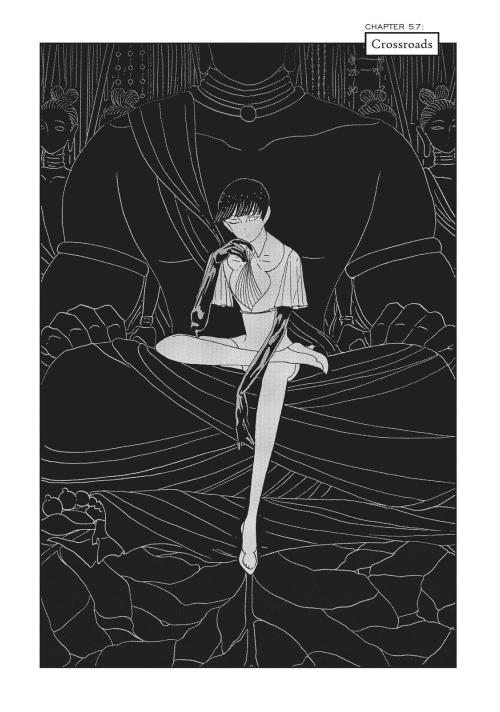 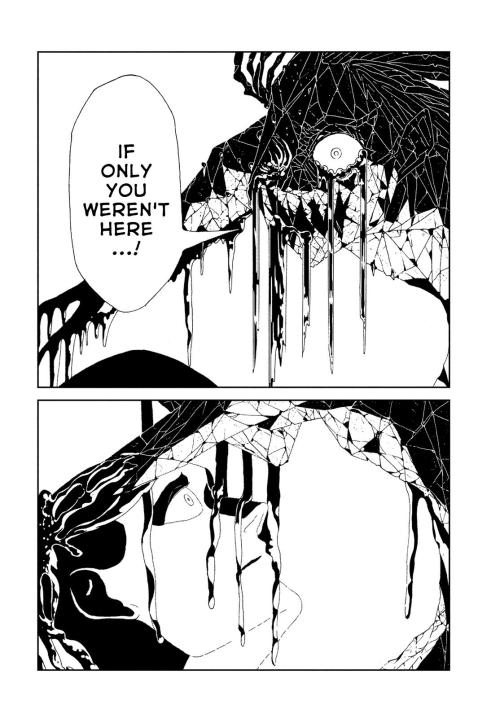 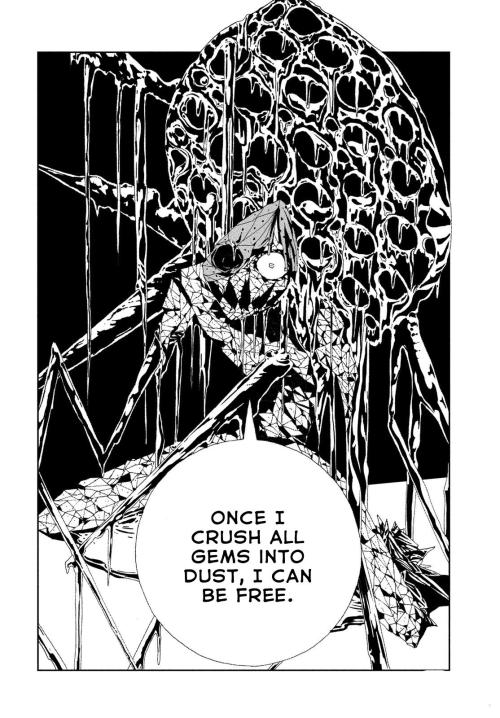 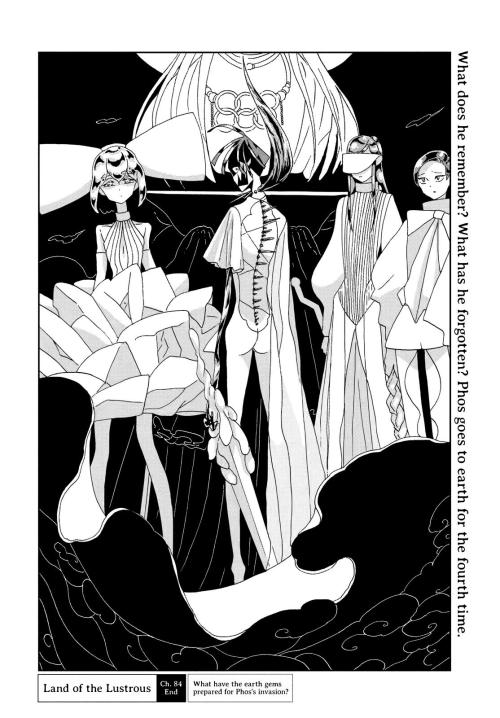 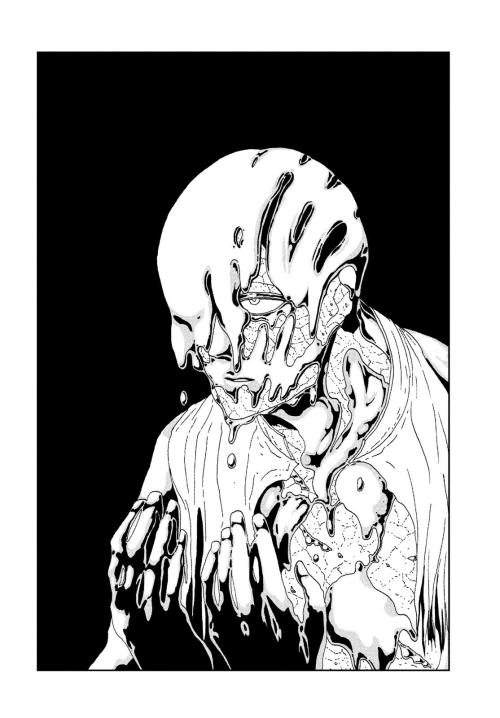 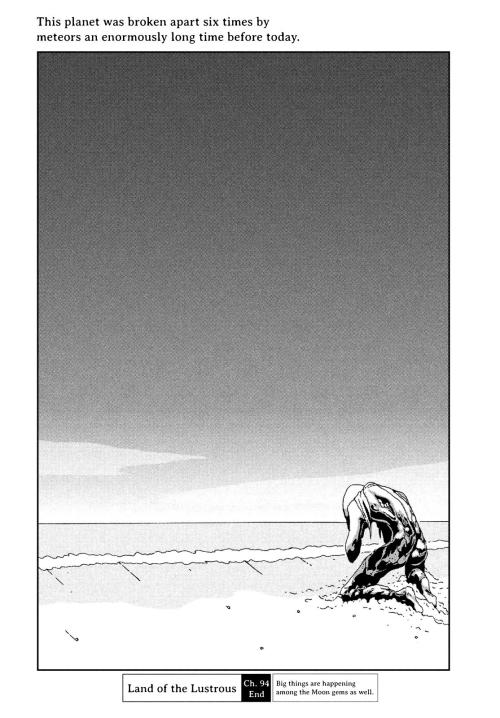 Putting a stop to the tranquility.

※Illustration shared with permission from the artist. 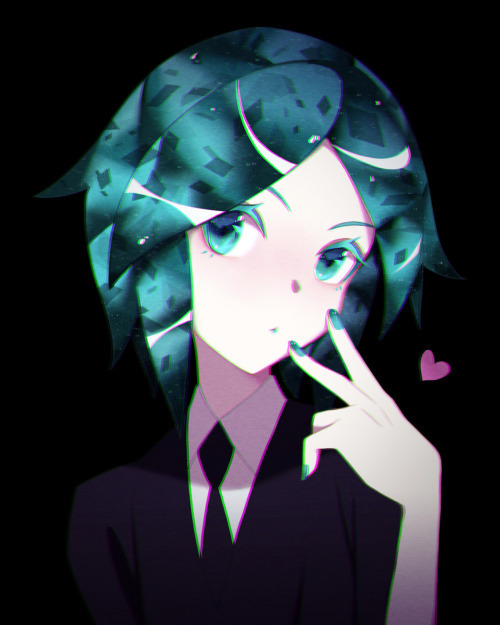 So does this mean history will repeat? Will Phos gain happiness again? By taking the same path as Adamant, finding their first gem and cherish it? or will Phos find a way to erase everything and end their suffering? 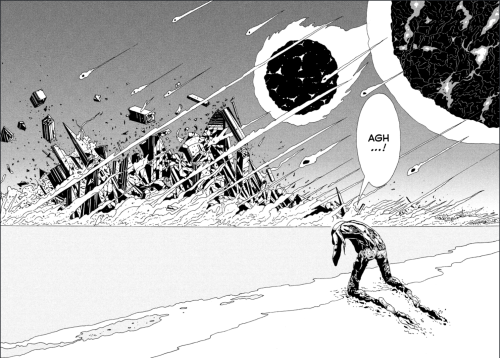 Chapter 94 got me sad sad I drew them again……sigh

the first of what i plan to be a short little houseki no kuni au. i’m mainly following the main plotline of houseki no kuni, just with the haikyuu characters in their place - so phos -> hinata and shinsha -> kageyama. and i had to start with my main ship for both fandoms of course. i had a lot of fun figuring out how to color gemstone hair. more to come soon! 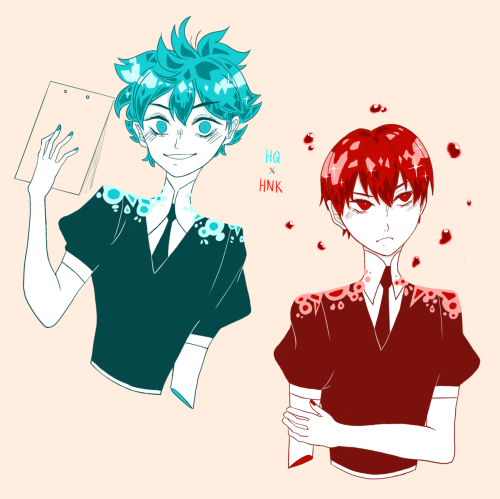 more white board stuff from the other day lmao 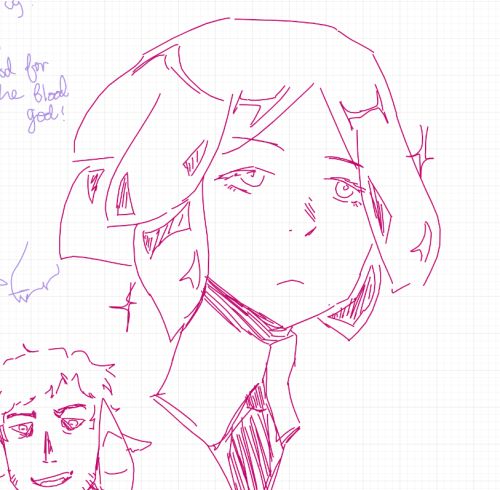 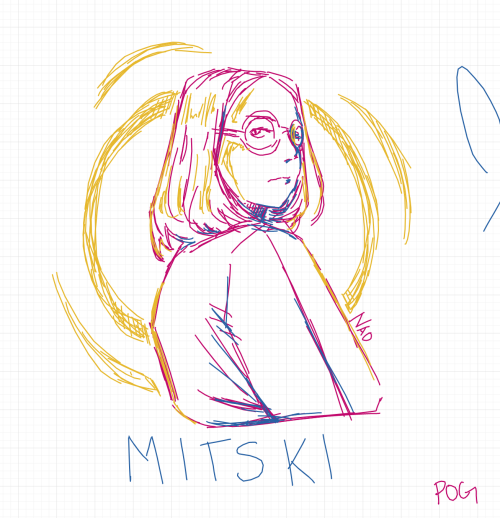 Phos: Lunarians, we will not let you harm a single hair on Master’s head

Diamond: Phos, you know that Master don’t have any hair on his head.

Phos: Geez, fine, Lunarians we will not let harm a single hair on Master’s eyebrows instead

Jade: Phos,  please don’t be rude to our Master