Tumgir
AboutPrivacy Policy
AboutPrivacy Policy
Visit Blog
Explore Tumblr blogs with no restrictions, modern design and the best experience.
Fun Fact
If you dial 1-866-584-6757, you can leave an audio post for your followers.
Trending Blogs
#pinky and the brain
laurelegg
Text

Which Animaniacs Character Are You Based on Your Zodiac Sign?

Hi everyone! Just found this fun article and thought about posting it here. I got Runt, which is meh for me. I don’t know him enough to have him in my top 3. He’s cute tho.

Tom and Jerry: A Nutcracker Tale BUT make it Yax

Another au but with this movie

I have an idea for another cast for this au, It would star with Max as Minnie and the Warners as the three musketeers. I know a lot of fanfics/fanart that have the Warners as royalty (because of wakko’s wish) and Idk what to do :’)

I love Yakko as a prince, but the Warners would be incredible as the three musketeers

Maybe I will post the casting list of the two cast ideas of the three musketeers and the cast of nutcracker :’D

Big thanks to @wimsiecal and @thelittlemermage for letting me use their art in this!

And now… Pinky Suavo headcanons because I can~ <333

Okay, now I’ve recently seen people complaining that Pinky Suavo does not have his verbal tics and doesn’t show any neurodivergent qualities. My ADHD having ass begs to differ. Pinky is still neurodiverse even when he’s Suavo! So here’s why, along with some neurodiverse headcanons sprinkled in.

Okay I think that’s all the headcanons I have! If there’s any more you would like me to add here, leave a reply under this post! Thanks and I hope you love this!

Anime or soft I just love….

So today’s episode is neither a regular Pinky and the Brain skit nor a mere cameo. Today’s episode is…different, as the opening that spoofs the 1980s CBS Special Presentations pops up.

Perhaps the Warner Siblings can shed some light on this?

This is a vaguely venty episode of zanycast but that’s ok!

I haven’t seen the new Animaniacs, but seeing all the awesome fan art online inspired me to draw my fav Warner, Wakko!

Thanks for the ask @plutonis!

1. What is your favorite fic you have under your belt?

Personally I really love working on Nova. It’s a challenge but it’s fun!

As for completed fics, my favorite is Eurydice. It took two weeks of maniacally giggling to a stuffed Pikachu and angsty music, but it was completely worth it and I’m proud.

Honestly, I don’t really think Broken is one of my better ones. I don’t consider it all terrible, but this was my first venture into an angst fic from Pinky’s POV, so it’s bound to be a little shaky.

Based on one of the comics panels I’ve seen 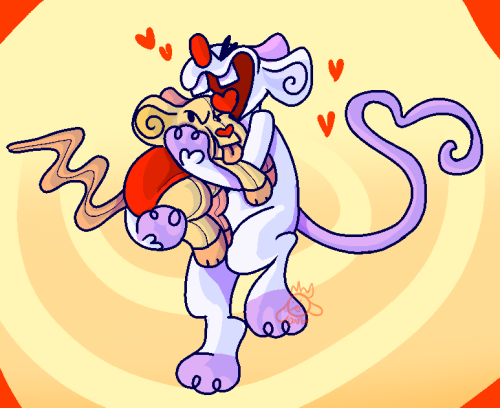 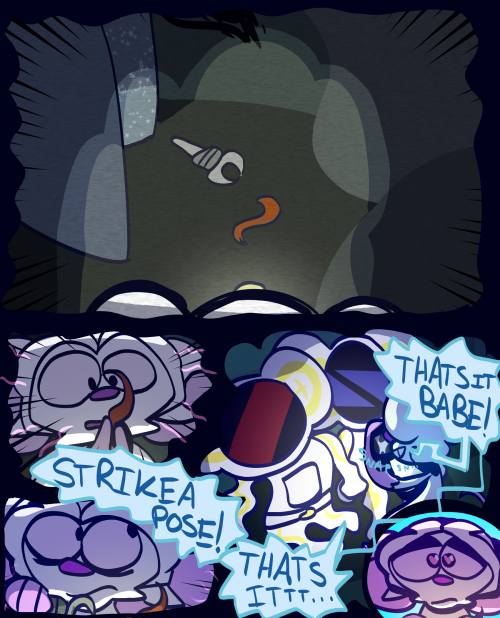 12. What’s the hardest thing to write for you?

Though I believe I’ve improved with descriptions, I find it difficult to describe character appearances and their surroundings. Fortunately with this fandom, I can cheat with Pinky’s blue eyes or the slightest mention of droopy ears XD.

Thanks for the ask @zirconpetals!

4. Do you prefer writing long or short fics?

I generally prefer writing oneshots since I have a tendency to give up with multichapters (I still plan to continue Nova though). With oneshots, the length varies until I can get to a good stopping place. I don’t write with a specific word count in mind.

5. What’s your favorite headcanon you use in fics?

My most prevalent is that I love the idea of Pinky singing along to 90s love ballads, especially with A Whole New World cause Brain can duet too. Plus the entire song is just so cute. I generally listen to these songs when I’m writing fics, so it quite obviously bleeds into the fic itself.

The second one comes up in Goodbye, Old Friend, towards the end where the mice are preparing a non-sentient Snowball to leave for a new home. The below snippet is Brain’s dialogue explaining to Pinky how Snowball got his name.

“We learned how to read together after our splicing. One night, someone left a book behind. Animal Farm, by George Orwell. There was a character…a pig named Snowball. The pig led a revolution against the farmer, and inspired both of us with his ideals of a better world. And I told him to take on Snowball’s identity, because he loved the character so much.”

Also I made this HC cause naming something Snowball with more dark orangish fur doesn’t make much sense to me, unless someone was like ‘hey, this white patch on the stomach looks like a snowball! Let’s call him that!’

I would just find it deliciously ironic if Hamster!Snowball was originally named for Pig!Snowball (at Brain’s suggestion), a rebel pig who thought the animals could do better than what they had, and eventually became more like Napoleon, the corrupt pig.

10. What would you change if you had it all to do again?

I don’t know if there’s anything I would change with my published fics. I’ve certainly had branching ideas with my stories, but I’m satisfied with how these fics turned out in the end.

Summary: Brain’s latest plan involves a certain cult worshiping an entity known only as Beauty. Nothing can stand between him and the world.

And then he met Beauty.

So I made and AU

So I was going through @writing-prompt-s one night and found the following prompt: You are an investigator on the trail of a cult who worships an eldritch horror. You infiltrate them as a new follower. After months of espionage you reach the inner circle and discover the creature is real. You also find it instills good values and greatly improves the lives of its followers.

The AU is called Of Gods and Mice and this fic is part one! Just a little establishment for the AU and showing how Pinky and the Brain meet.

I don’t plan to really write a linear story for this because A) that would mean having to actually progress through Pinky and Brain’s relationship and get them together which would take me forever, and B) I mostly just wanna write whatever comes to mind for this and have fun. I’m also not the best at sticking to longform stories so… There’ll probably be some jumping around the timeline at some point

#this contains some of the most poetic writing i've ever done i swear#i wrote myself a note about this when i first found the prompt and it just said#Make Pinky God#brinky#not in this fic actually but in the au as a whole#pinky and the brain#patb#animaniacs#they'll actually be showing up later#and yes#the warners are also gods#pinky and the brain au#animaniacs au#of gods and mice#tw: drugs#drug reference#mild drug use
9 notes
illiana-mystery
Text

I don’t know if this has been brought up or not, but when I saw this…

I thought of the old painting, “American Gothic” by Grant Wood. So I did this…