Plague doctor Saitama is here to punch the plague out of you.

A few plague mask pics in nature. I got my car stuck for these so I hope y'all like them.

Plague gal with a curious friend

Based on @idolomantises plague doctor gals on insta 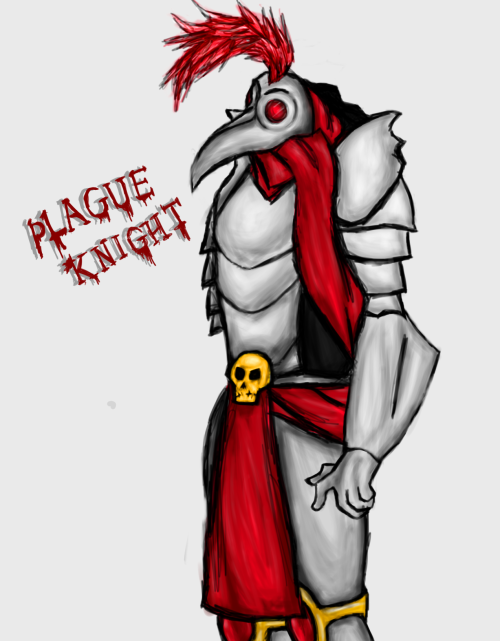 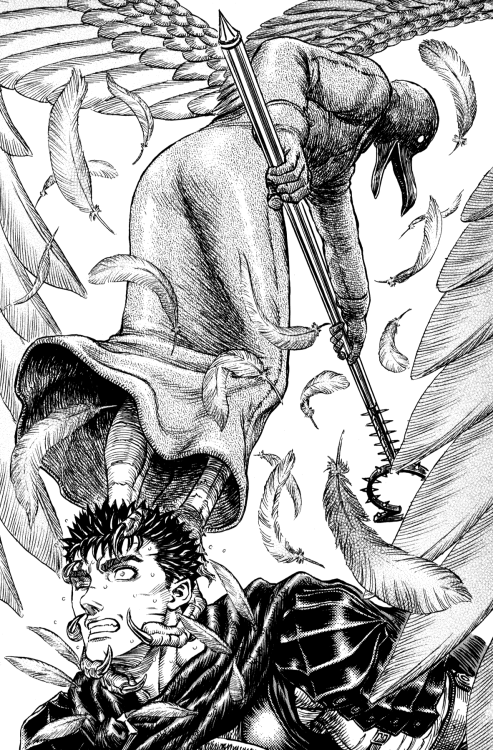 Forgot to actually share pics of my most recent plague doctor mask!! I’ll do a full cosplay sometime soon (maybe friday!) but I took these during my punk photo shoot

The mythological drama follows a Knight returning from the wars to find his land destroyed and his family dead from a great sickness.

Ursalis summarizes the reminder of her captivity with great triviality. She downplays the severity of the situation once Sir Verte had came along. All of that build up amounts to her belittling everyone involved with childish haughtiness. Without batting an eye, the snide lass abruptly ends her tale with one last insult to her twin. Standing proud, she remarks that is all. She beckons to her poor brother for his support.

Naturally, Karnefur is quietly fretting over this sloppy recounting. He can hardly speak as Lord Phos casually hints that he should talk next. Of course, Ursalis cannot possibly allow that to happen easily. She kicks up a fuss in attempt to take control of this. The mask noble refutes her repugnant actions, scoffing at her terribly transparent motives. Suspecting that Karnefur may yield more fruitful results, Lord Phos orders Lady Yancy to remove Ursalis when she tries to silence him once more. It doesn’t go so smoothly as the two ladies assault each other savagely. Back up is called as the shy lad is utterly embarrassed to be related to any of this. After patiently waiting for all parties to be moved, Lord Phos turns his full attention on him.

He assures the fearful man that there’s plenty of time to chat and there’s no rush at all. It’s a cold comfort to Karnefur. A sense of uneasiness makes him reluctant to speak at first. It is not until he realizes he too, has questions. Thus, he begins with one- “why was Astrid there in the first place?’ He quickly corrects himself, narrowing it down to ‘why was he there to take Alos down?’ On that line of questioning, Karnefur describes his experience vaguely. The way he speaks is that of a cautious skeptic. Careful with his wording, he weaves a far more clearer picture to Lord Phos.

Like before, he confirms that Ursalis and himself were sent to Windshed to quell Alos’ before he hurt anymore people. Alas, it appears to be a futile effort as Windshed has become ruins. A hollow husk of its former glory with rotting corpses as its people. He recalls how on the final gambit to peacefully convince Alos to cease with his bloodlust, the fowl creature had wretched his dear twin from him. He attributes his inability to save her earlier due to Alos being too strong and the plague victims slumming around Windshed. Thus, a month passes before help is sent to them. Karnefur callously describes Sir Olric as a useless man, mostly likely a jab at himself for his own uselessness. Another week passes, until a young man- Astrid arrives alone in Windshed to confront Alos. How could anyone else but he and the other two before Astrid had known of the incident. Before continuing his recollection, he inquires again about Astrid.

Lord Phos throws his own question at him, curious of how Karnefur knew that specifically. The perceptive lord reasons that if Karnefur had never met Astrid before hand, how could he had possibly known the boy by name and purpose. Fumbling over his thoughts, the young mystic admits to his gift of shared prescience. He explains vaguely how he came to those conclusions through a vision he supposedly had prior to Astrid’s arrival. Alas, he didn’t have to whole picture sort of speak since his twin had been imprisoned around that time. He claims that he was lucky enough to get that much. Faintly glowing eyes squint in scrutiny as Phos deduces that Karnefur along with Ursalis is a mystic.

His captive deadpans his voice as he applauds him for his brilliant detective skills. The now seemingly bored lad elaborates that their gift is flawed. Flawed because 1. he needs to be with his sister for the whole picture. 2. The vision may be of an event that’s utterly different than the actual outcome. However, he points out that there’s always at least one truth whether the vision is half or full. With his half, Karnefur deduced Astrid’s name and reason for being at Windshed. Lord Phos marvels at the explanation, whilst Karnefur realizes he’s gotten off topic. To rein it in, he goes back to his question- hopeful that he’ll get an answer…

Plague and its characters belong to me, misskazehana 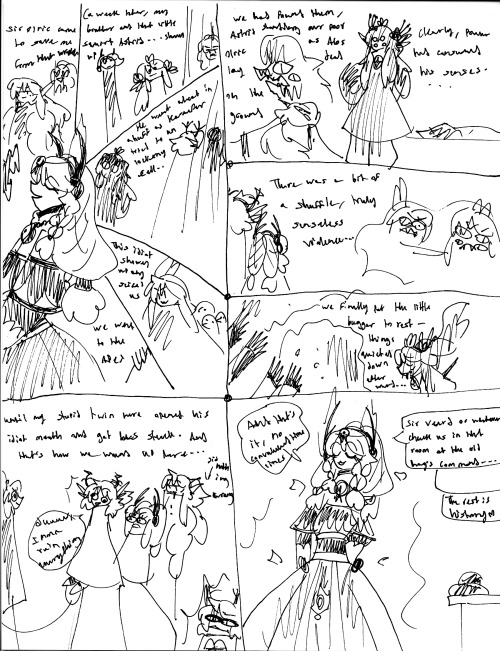 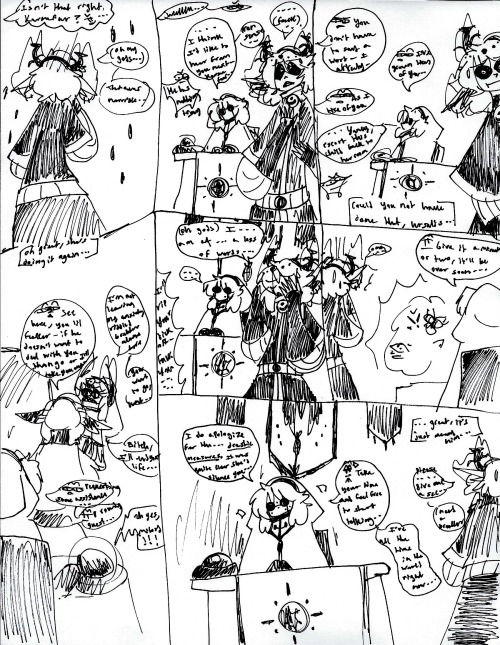 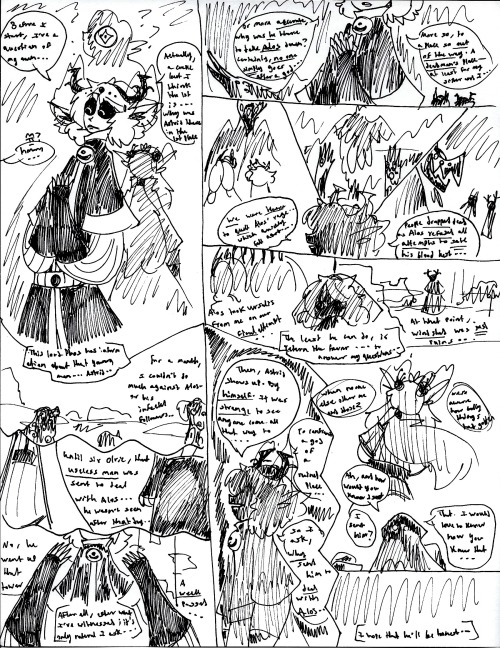 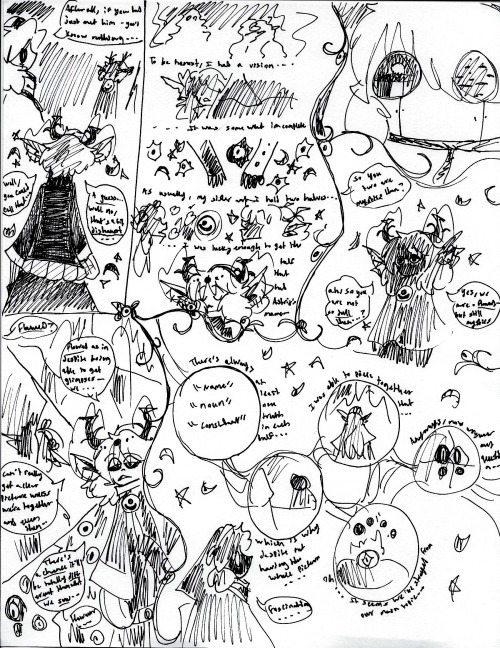 i cant even make this shit up anymore

O’ DEATH !   WON’T YOU SPARE ME OVER ANOTHER YEAR? 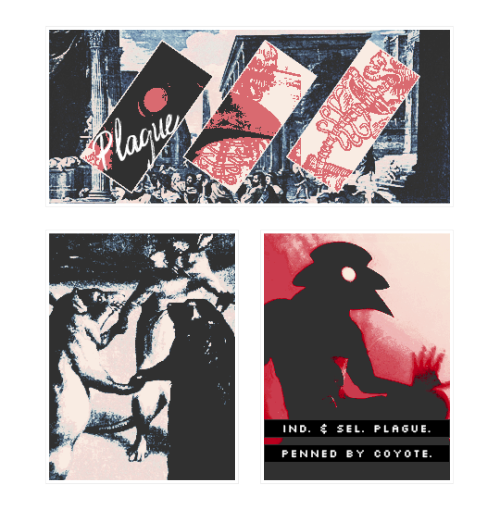 So this is my desing of The Plague Nurse. My old plague doctors are now available as tshirts, phone cases and more, fresh on my RedBubble store! 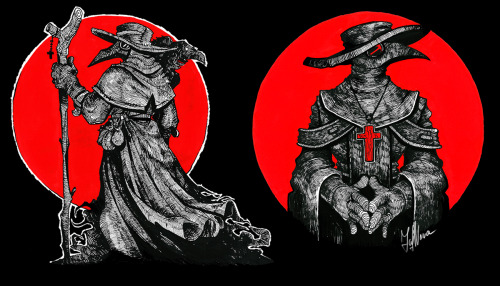