Are you coming or not? 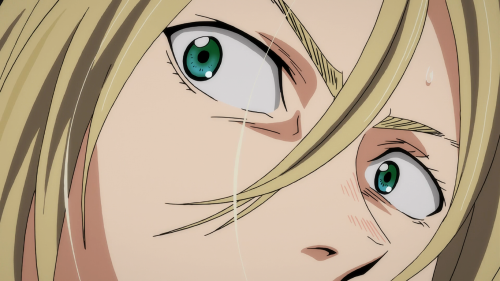 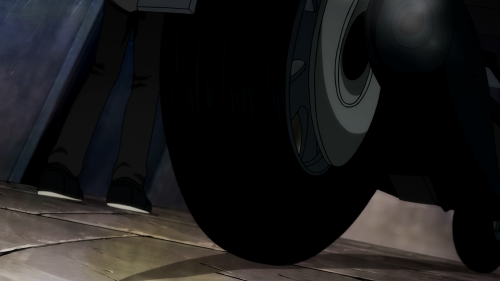 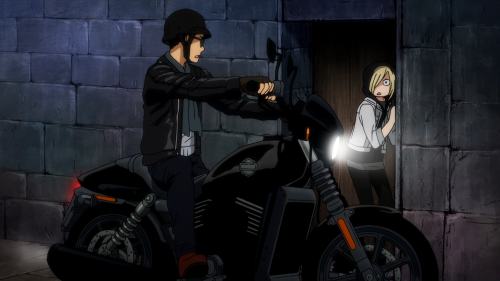 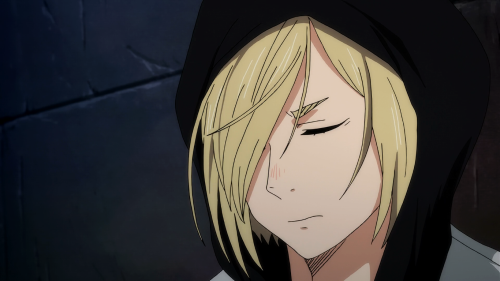 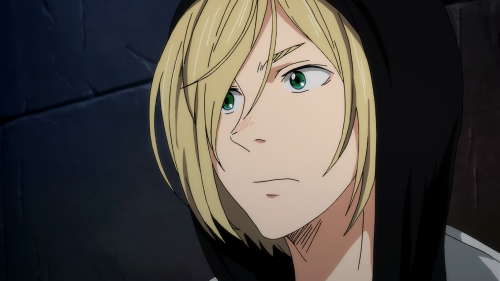 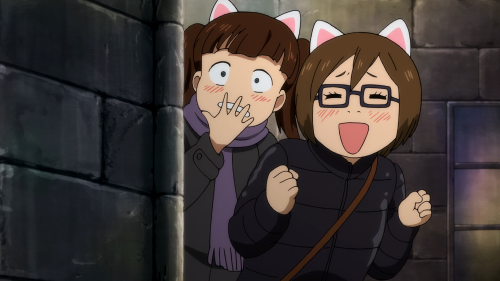 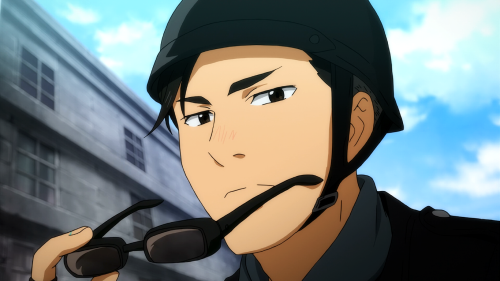 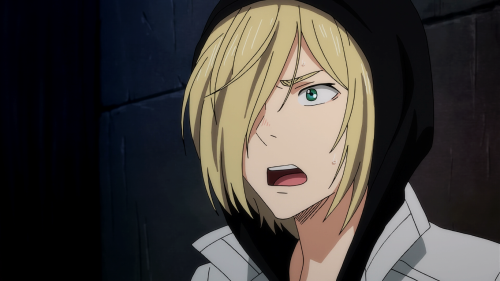 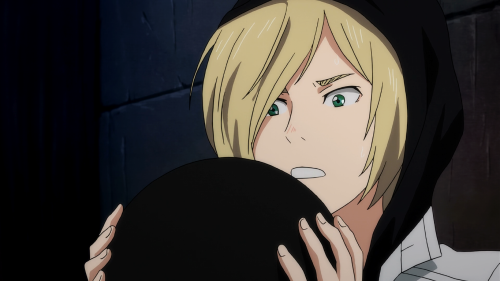 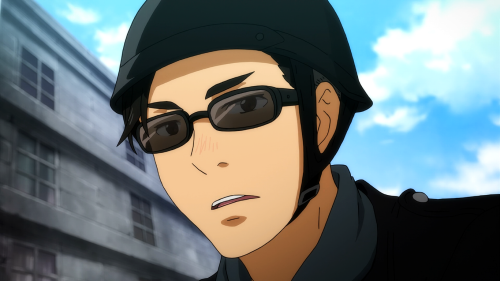 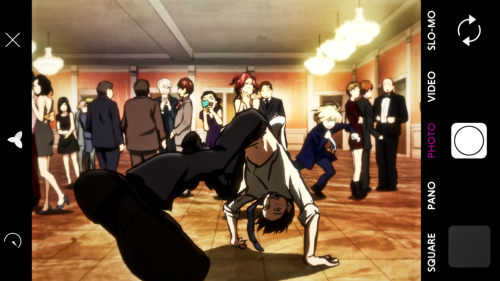 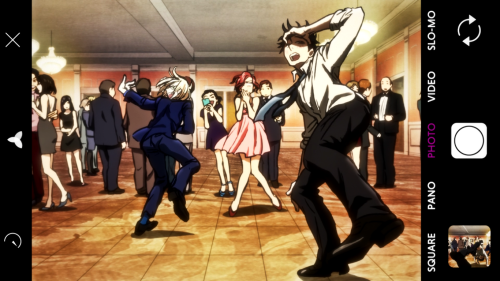 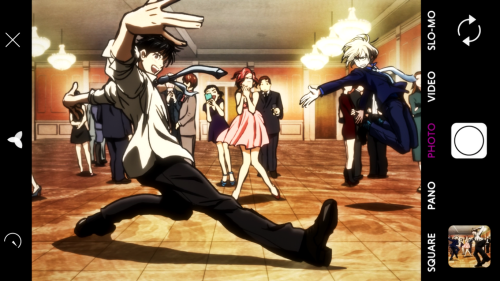 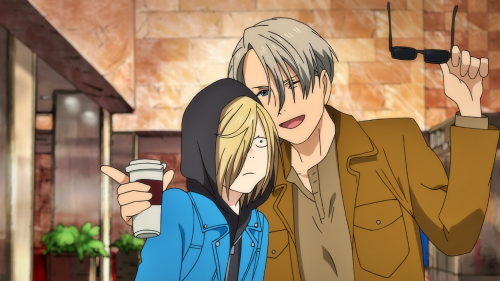 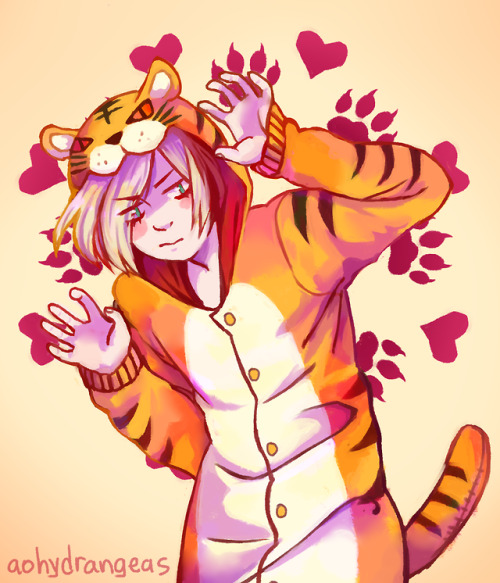 A/N: Hello, anon. Prompts were closed when I received this, but since I’m a slut for domestic!OtaYuri I’ll write it for you, thank you!

Yuri couldn’t help but smile at the scene in front of him, touching his back pocket, he he let out a soft whispered ‘fuck’ before he ran back to the kitchen to get his phone. He took a quick picture once he was back in the room and settled it as his wallpaper in the spot.

Otabek was laying on his stomach, his arms hidden under the pillow where his head rested, half of his body covered with a warm blanket, his mouth opened letting out small snorts, nose crinckling slightly and his eyebrows furrowing in the middle just a little bit. On top of him a warm Potya, joining him in his afternoon nap.

Adorable, Yuri thought as he reached out to touch Otabek’s cheek with his fingertips. The muscles in his cheek twitched a little and Yuri nearly squeaked excitedly- no! Wake him up. He’s here to wake him up!

“Otabek”, he says firmly, placing his hand flat against Otabek’s shoulder to shake him softly. “Otabek, it’s time to get up.”

“What- one more hour? You have no shame?”, Yuri asks as Otabek opens one of his eyes to look at his boyfriend tiredly. Yuri fought the urge to take his phone out again. “You said you’d take a two hours nap! That was four hours ago!”

Otabek closes his eye again and he nuzzles deeper into his pillow, slowly drifting away again. “I’ve been asleep all this time already, one more hour it’s okay.”

“Get up now”, he repeats, his voice severe. “Dinner is ready and I don’t want to eat it cold.”, Yuri has his arms crossed over his chest, one of his knees up digging into the mattress beside Otabek’s body.

“Then eat without me, Yura.” Sassy Otabek was a cute Otabek and Yuri wanted to hear more of it, but dinner was ready and he spent a lot of time on it to let it get cold just because Otabek doesn’t want to get his lazy ass up.

“If I wanted to eat without you I would’ve done it ten minutes ago,” he says, now placing his hands on his waist. “Get up.”

“No.”, Yuri’s right eyebrow twitches as he closed his eyes.

Otabek opens his eye again and looks directly at Yuri’s green eyes. “Then don’t do it, Yuri”

Yuri feels the corner of his mouth twitching up, forming a little smirk as he quickly grabs a pillow on the other side of the bed and hits Otabek with it in the head, startling both his boyfriend and Potya, who jumps off Otabek’s back and the bed with an indignated face.

Yuri bites his lip, lifting the pillow high above his head, giggling mischievously, ready to set another hit on Otabek’s head. He doesn’t expect, though, to get hit back in the face by the pillow under Otabek’s head!

“How do you like-” Otabek stops on his tracks when Yuri makes a little choking sound when the pillow hit his nose, “Yuri!”, he says worried, lifting himself up from the bed just when Yuri lands his pillow against Otabek’s face, laughing and running out of the room. Otabek chuckles, running right behind him. “Come back, you fucker!”

Yuri laughs again, running around the living room and then suddenly turning around to strike another hit on the side of Otabek’s face, he gasps, taken aback and blinding throwing another hit where he supposed Yuri was, but Yuri is faster and with a clean move, he tales Otabek’s pillow in his hand and pulls it out of Otabek’s hand, using it against him, moving his arms forming circles in the air, striking a hit after another on Otabek.

“Ack! Okay! Okay, I- hee!”, Otabek squeals when the back of his knees touch the edge of the couch and he falls into it, trying to protect himself with his arms.

“Say I won, Otabek!”, Yuri says, not stopping his pillow attack as he laughs happily, making Otabek laugh as he tries to hold on one pillow. “Ha?! Wanting to take away my weapon? No! That just won’t do!”

Otabek squeals again when Yuri suddenly jumps on top of him, straddling his hips, not stopping his attack. “Ah- you little shit, stop!”, Otabek succesfully holds onto a pillow and throws it away- Yuri, surprised to find one of his hands unarmed, immediately latches his finges into Otabek’s ribs, squeezing in rapidly.

Otabek shrieks. “Ah! Ah, no! Nohohoho! How did this chahahange like thihis?!”, Otabek arches his back, his laughter flowing out freely right away due to the sudden attack as his hands go to stop Yuri’s hand, but Yuri quickly throws the other pillow away and uses his free hand to squeeze up Otabek’s other set of ribs, making him shriek adorably, his heels digging into the armrest of the couch and then his legs kicking. “Why are you dohohoing this!”, Otabek paws weakly at Yuri’s hands. “Tickling is unfahahair! Ah!”

Yuri giggles, looking at Otabek’s flushed face. “It is not! They said everything is fair in war and love, Beka”, he chuckles. “I think they are right!”

Otabek shakes his head no, his body also shaking with his laughter as he tries to squirm out of the situation, pushing Yuri’s chest to throw him off, only exposing his underarms. “Oh fuhuhuck! Yura!”. he throws his head back, laughing loudly.

“Beka!”, Yuri mocks. “Hey, you’ve been swearing a lot since you woke up. That deserves punishment”

Otabek doesn’t say anything back, too busy laughing his head off as he desperately tries to push Yuri’s arms away as he also tries to keep his own arms glued to his sides to protect his underarms, without achieving it, of course. He thrusts his hips up, making Yuri dig into his armpits harder as he tries to keep balance. Otabek let out a loud bark of laughter.

“Again?” Yuri asks, his fingers only wiggling faster. “Altin, don’t make me go there because, once my fingers get you, I’m gonna take my time to destroy you”, Yuri warns, a big smirky grin pulling at the corners of his mouth.

Otabek gasps through his laughter, shaking his head. “No! No, plehehease! Anywhere but thehehere!”

“Then be nice”, Yuri chuckles, worming his finger out to attack at Otabek’s ribs again, his thumbs rubbing against his bottom ribs, making Otabek shriek with laughter. “How’s that?”

“Horrible!”, Otabek wraps his arms around his torso. “You ahahare cruel! I just wahahanted to keep sleepi- fuhuhuhucking stop digging into my dahahahmn ri- no! I’m sorry! I’m sor- ahahaha!”, Otabek starts to cackle and howl with laughter as soon as he feels Yuri’s thumbs drilling against his hipbones.

“I warned you, Altin. Didn’t I?”, Otabek nods his head, his back arching off the couch and his fingers are barely able to push Yuri’s fingers away for almost two seconds before they come back full force to attack his most ticklish spot. “And what did you do?”, Yuri was smiling brightly, looking at that open smile on Otabek’s mouth, he looked so cute.

“Do you surrender?”, his lover nods, as his laughter becomes wheezy. “Did I win?”, Otabek nods again, shrieking when Yuri moves his fingers differently. “Will you warm up our dinner?”

Otabek’s laugh finally dies as he shakes with silent cackles. After just a few more squeezes at those sharp hipbones, Yuri stops, giving his lover the chance to breathe again.

“Hohohorrible”, Otabek giggles out when his voice comes back. “You are nohohot allowed to tihihickle me there never again!”, Yuri smiles at him and lays down on top of Otabek, his hands placed above Otabek’s chest and his ching resting on top of them, looking at his boyfriend with loving eyes.

“I can’t make any promises, you look too adorable when you are laughing this loud”

“Hmm”, Otabek hums, wrapping his arms around Yuri and lifting his head to kiss his forehead. “I know about someone who also looks pretty adorable when laughing really loud”, Yuri giggles right away and he sneaks out of Otabek’s tired arms quickly. “Hey-”

“No more games. Dinner is cold already!”, he runs to the kitchen and Otabek just chuckles watching him dissapear.

“How did you call me?”, Yuri pokes his head out of the kitchen. “Oh, you’re on, Otabek Altin!”, Otabek shriekes, jumping off the couch and running away. “Yes, you better run! Because when I catch you, I’m gonna tickle your hips until they dissapear, and only then I’m gonna stop!”

“Yuuuuri!”, Otabek whines, his insides jumping with anticipation as he giggles like a kid being chased. He’s really gonna get it now. 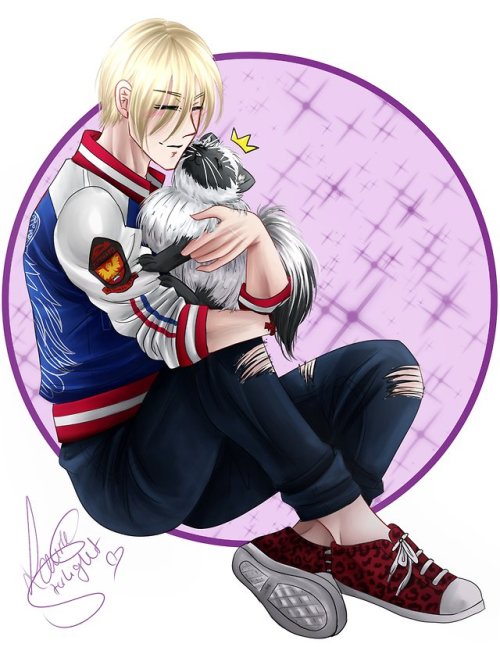 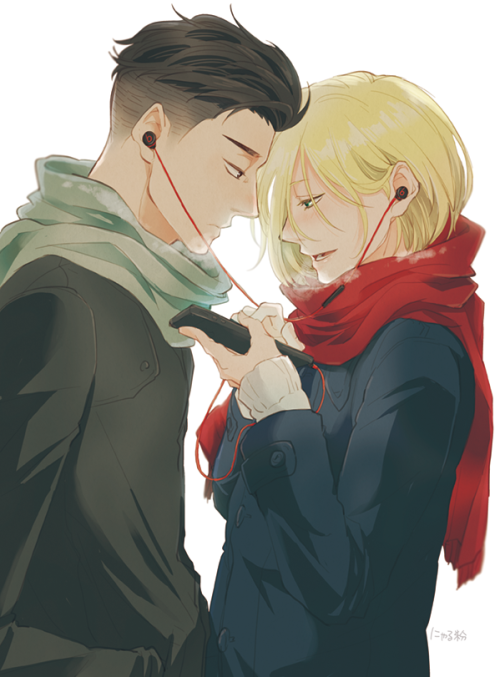 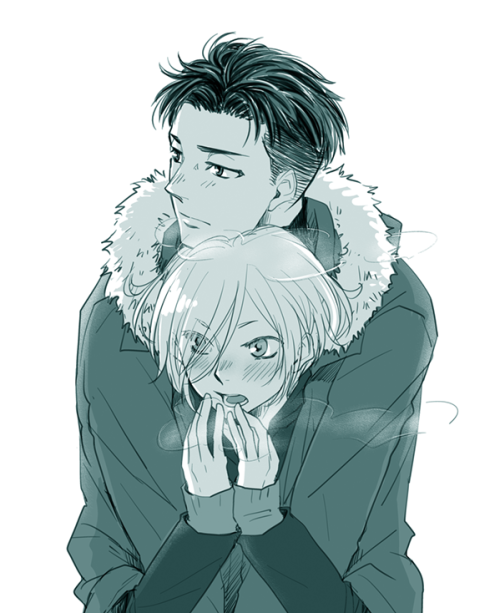 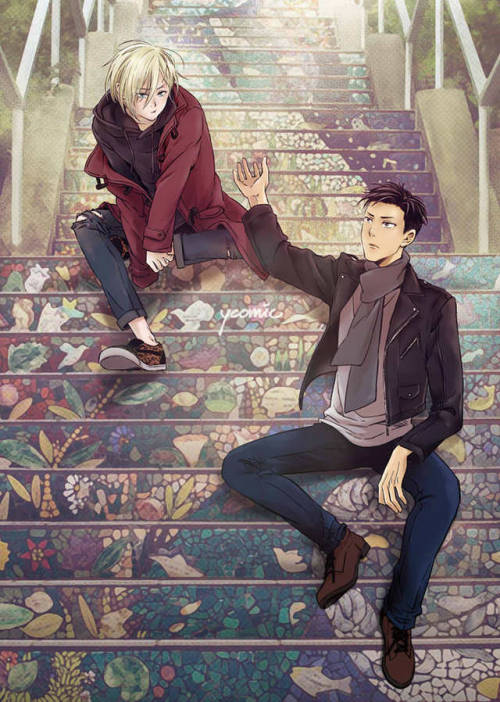 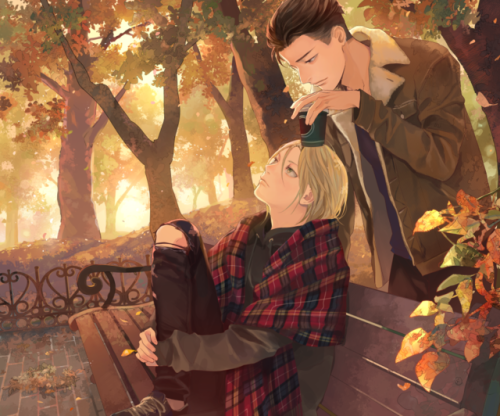 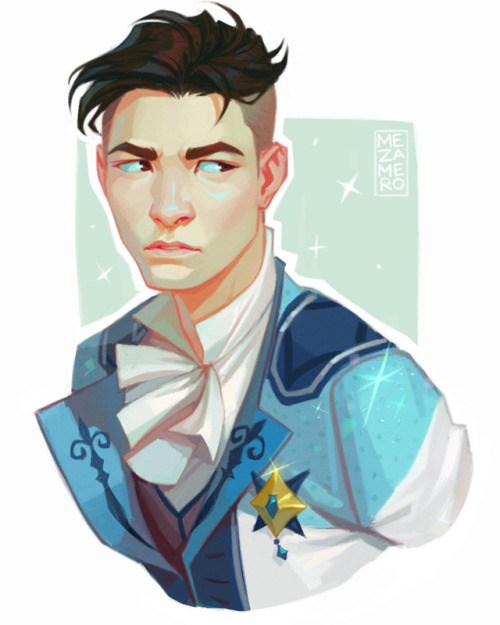 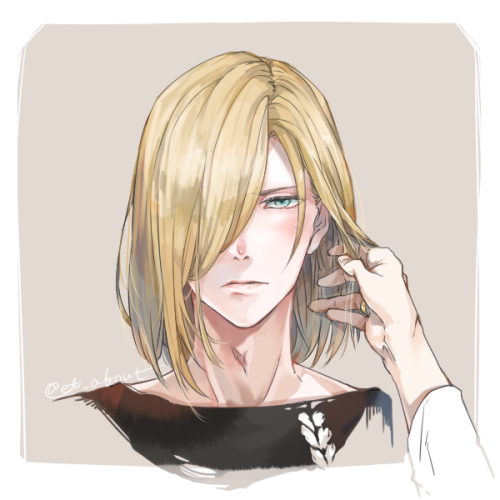 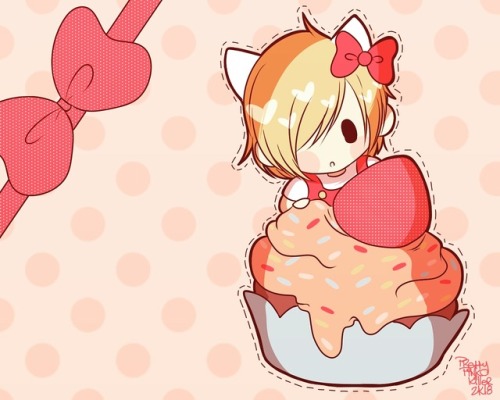 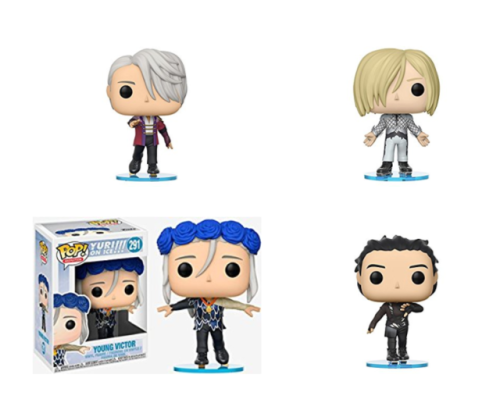 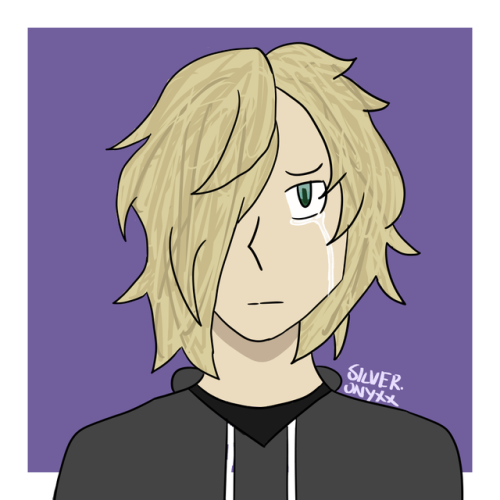 #plisetsky yuri, #yuri plisetsky, #yuri!!! on ice, #yuri on ice, #yoi
9 notes · See All
yuri-on-askAnswer
Yurio used to have a crush on Victor when he was younger and he 10000% regrets it and swears to never let anyone know

I feel like in some weird twist somehow, it’s gotta be Yuuri who finds that ALL out 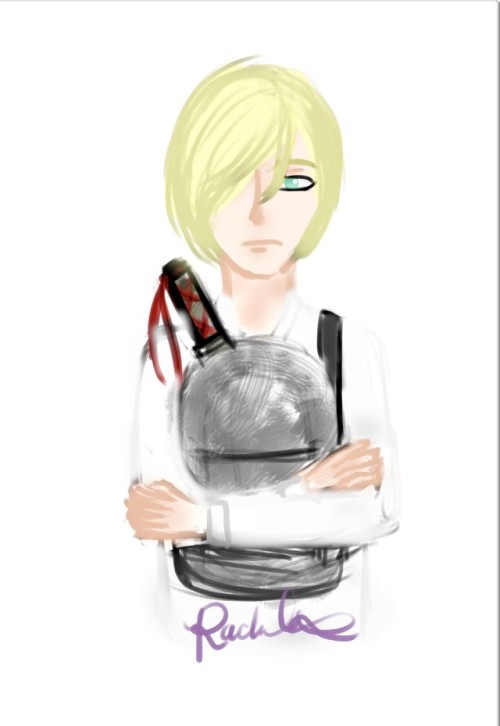 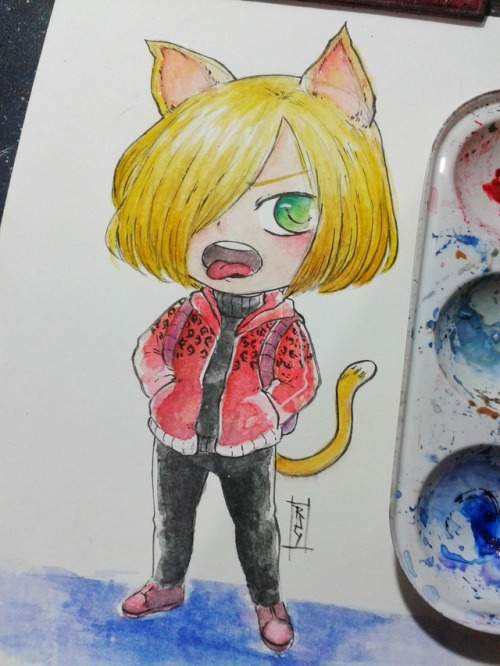 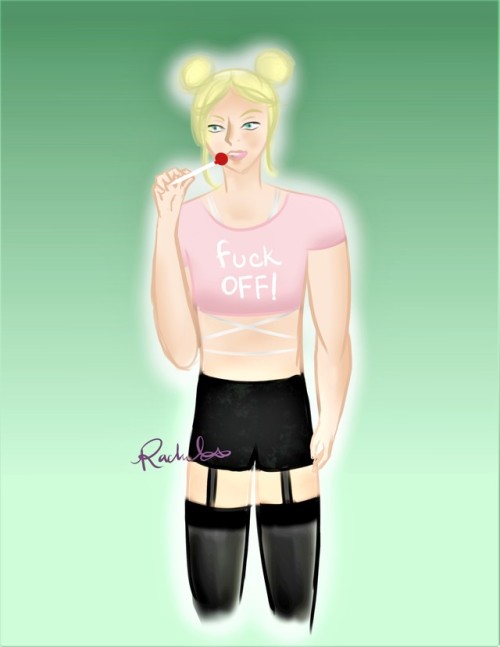 #yoi, #yuri on ice, #yuri plisetsky, #yuri on ice!!!, #plisetsky yuri, #i think otabek would approve x3, #i also would like to call this caution too hot to handle hehe, #my art, #rachel's art, #fanart
7 notes · See All
sassymomfriendText

unpopular opinion but i’m like??? really fucking pissed about the yoi teaser??? he’s 15 fucking years old please do not sexualize him in this way it’s taking years off of my life 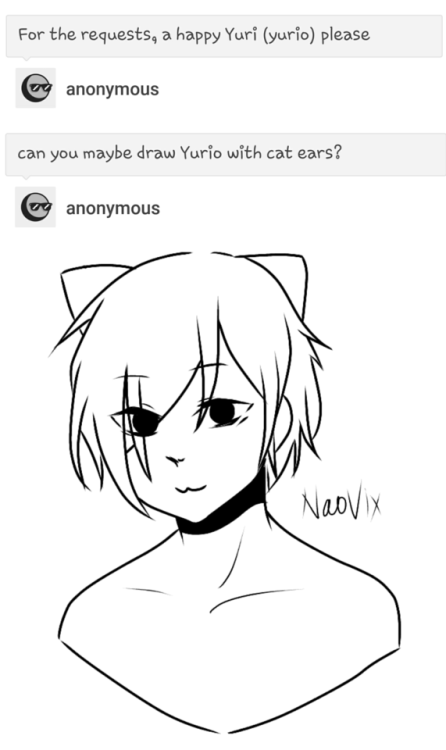