Like what I do? ^^ Consider supporting me on Ko-Fi (ko-fi.com/sukaridragon) or Patreon (www.patreon.com/sukaridragon)! I’ve just set them up but there are lots or perks and rewards to choose from!

Telegram sticker commission finished for the Telegram/Twitter user Ghuruzilla of their characters Buoy and Flint!

Download the stickers here (some are NSFW so be careful!): t.me/addstickers/ghuruzilla 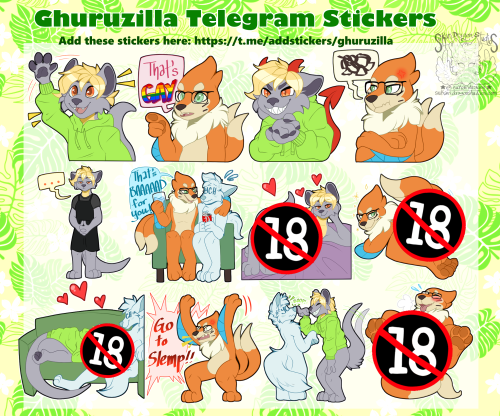 I need an opinion. Before the final results roll in, think this tune would be perfect for my pokesona/pokemorph?

For thos who don’t have Twitter, here are he name choices I picked for my Inteleon-sona. Send an emoji for a name choice: 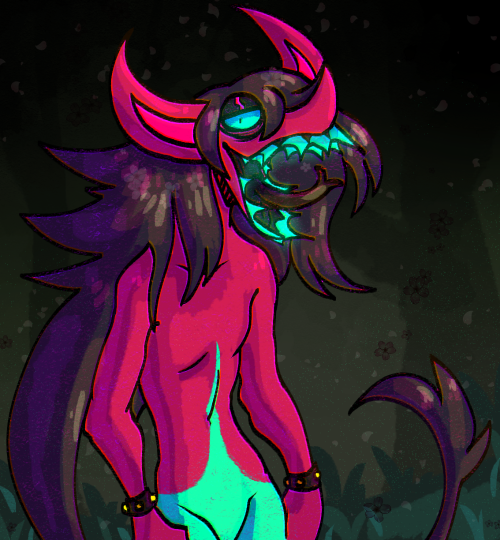 #pokesona, #morgrem, #pokemon, #oc, #art, #artist, #cheese, #mythart
37 notes · See All
fictionalcrushesblogAnswer
Cool I like to see more art I like it :3

Here’s my pic of me a female Inteleon. I just drew it today. I hope you all don’t think I’m fat 😭 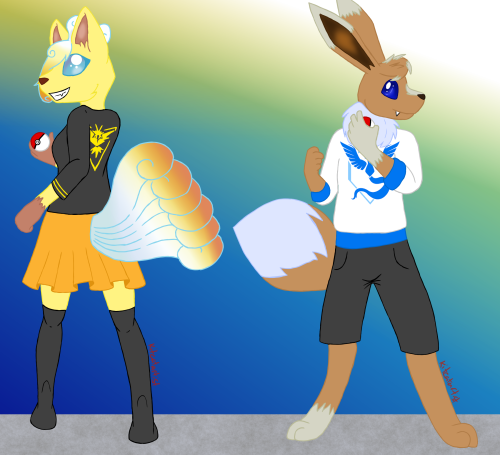 I’M AN EXTROVERT! THIS IS KILLING ME! 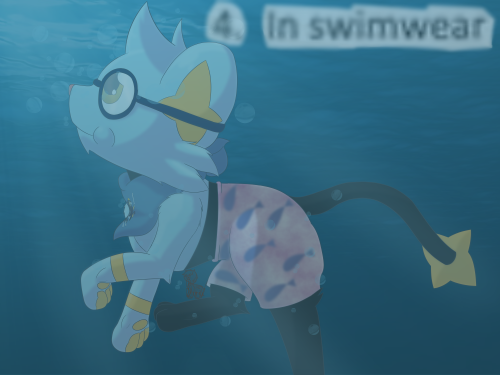 [leans in very close to the mic and taps on it]

a kecleon wearing khakis. thank you for your time

anyway, joking aside, yes i’m alive! this is a redraw of an old piece i did of someone’s Kecleon sona - they asked if i could do a recolor, and i couldn’t find the original file, so i just redrew the entire picture :> 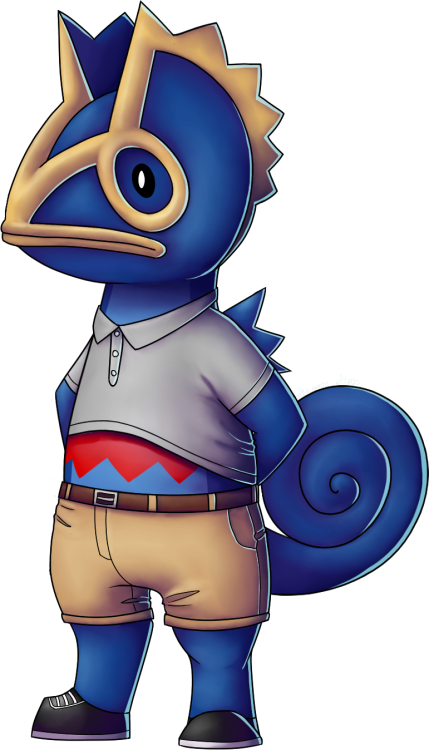 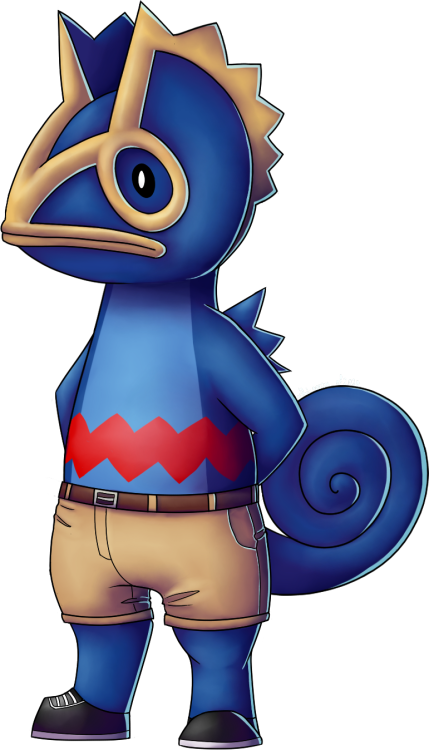 #my art, #full body, #pokemon, #kecleon, #pokesona, #i have more art that i'm gonna add to my queue i think :3, #i've been experimenting with styles a little bit, #(edited the post to correct a line thickness error :'D )
24 notes · See All
shootingstareonText

Leaf me tending the flowers 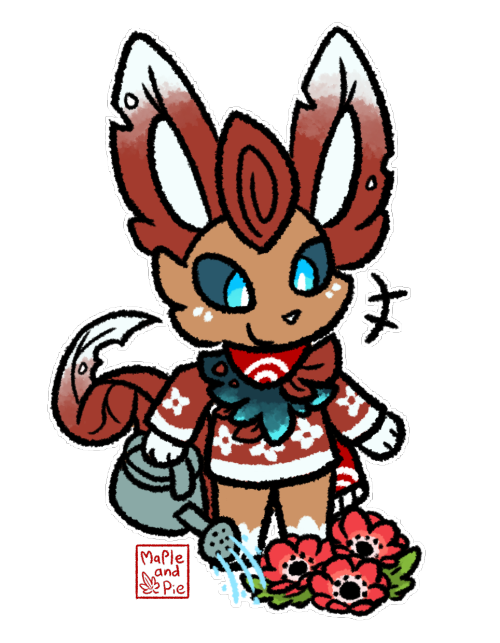 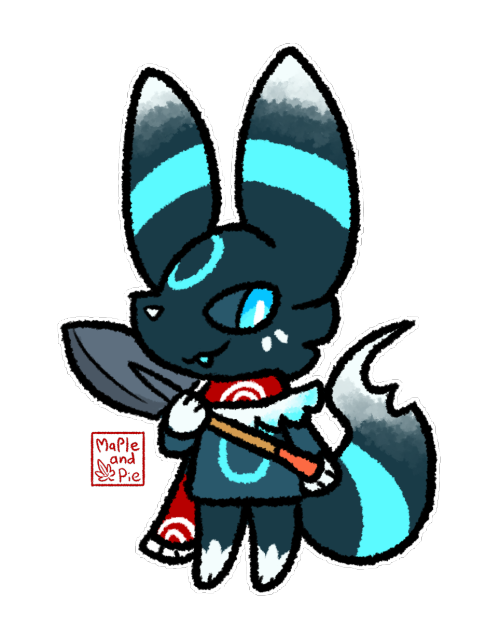 Day 2) So I went with my work wear since I started the sketch at work while at work. 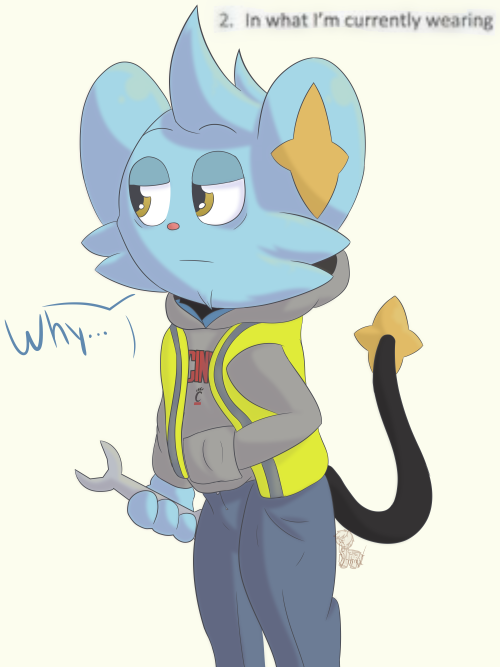 Am comes from a family of Elites. Cousins and aunts, all who became top Poke-Doctors, lawyers, trainers, you name it.
Am’s own mother had the chance to become the Champion of her region (A region based on the Mediterranean) but chose to become an Elite trainer instead.
Am has an older sister named Jocelyn who, when the girls parents divorced, immediately left Unova, their home region, to become the Champion of Sinnoh (which, didn’t help Am, who was only known as ‘The Champion of Sinnoh’s Little Sister’). Am was forced to remain at home with her mother, who became a Gym leader and introduced 2 type Gyms (she’s an electric and bug type leader). Am, wracked with depression and anxiety disorders as well as other mental-illness and trauma issues from her parents, stayed home and missed her initial chance to travel the region. However, when she turned 18, she left her home and decided then to go on her journey.

Am became the Champion of Unova, and by doing so, joined a secret group of Elite trainers and Ex-Champions that is picked from each region. The job of this group is kind of to be like the Avengers of all the Regions. If a big problem comes up in one region, a Champion from another region is sent to that region to help out.

Am just so happened, when she turned 21, was sent to Galar to help with a… Dynamax problem that seemed to be happening throughout the region and investigate a certain Chairman Rose with the help of a specific Dark Type Gym Leader in the region…

Random fact about Am, her mother and sister: All of them somehow have met plenty of legendary pokemon in their lives. They don’t know how. They just. Happen to run into them a lot. They all just laugh about it and accept it.

Her official bio is a WIP. 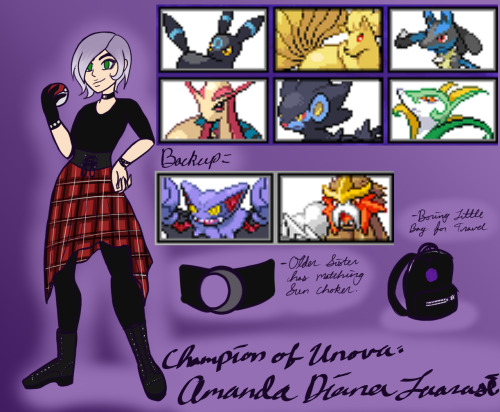 Welcome to Veit’s place! This is his home, where he always used to live before he went out to a snowy place. (He died in a snowy place. >:0). Something made him leave his place… I made my own fakemon! (And sort of a pokesona, I suppose.) Left is normal colors, right is shiny.

EDIT: I had another idea for their shinies, though I’m on the fence about using it. Middle was my first idea for shinies, right is the new one.

I know it’s organized a bit strangely, (this is more of a concept sheet than anything,) but I’ll try and give you their names anyhow.

Little baby one at the bottom is called Mushirin, the one above is Myceliope, and the last one on the right is Mushumbra.

They’re ghost/fairy type, and inspired by a few different things. My own character/sona Mavra, jackalopes, shadow people, and different faerie myths and such. (And mushrooms, of course.)

I’ve never made a fakemon before, but I had a lot of fun with this little guy and I hope you like them! And feel free to ask me more about them! I’m real excited about these lil babies. (I’ll probably update later with some possible dex entries and other sketches of them.)

So over on twitter, I said I’d do this art challenge thing with my friend @ask-the-selfs-family  with my pokesona, but I’ll be posting the final products here and on Tumblr as well. 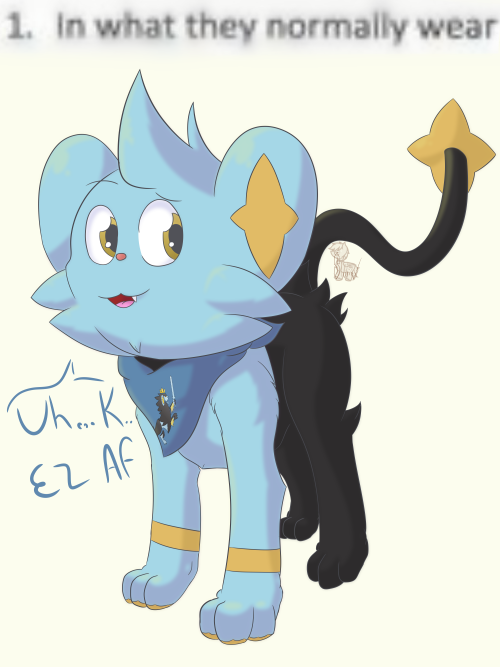 #pokemon, #pokémon, #Pokemon shiny, #shinx, #shinxx, #Shinx art, #art, #Fanart, #character, #my art, #pokesona
0 notes · See All
pokecircuit-rescueAnswer
How many pokemon are in your care right now? Could you tell us a little bit about them?

“We don’t have much Pokemon right now, but are adoptions are a little complicated. Instead of money,  give a test on the basic care for that specific Pokemon and go to where they’ll live and decide if the trainer is good for the Pokemon.”

Finally finished what is my(hopefully last I make) pokesona! She’s a mesprit that travels and lives in bays near the oceans.

“Its kelp colored body and psychic abilities allows for it to blend in with underwater plants and surfaces. Utilizing its gems light, it can attract and stun prey. It is rumored to once have been the embodiment of emotion”

#aaaa i haven't posted any oc refs here before b u t might as well start with my sona, #she looks the way she does because her growth was stunted as a vibrava, #i love her sm 😔😔😔, #pokemon, #flygon, #oc reference, #oc ref sheet, #pokesona, #flygon used sketch
2 notes · See All
Next Page