I mean, I certainly don’t agree with Racists, Fascists, or Nazis? I don’t think anyone should?

Fuck you. I ain’t pretending to be anything. I am trying to be myself, motherfucker, and you aren’t going to set that back anymore.

Right, because going out and calling people n*ggers, f*ggots, and ch*nks something that shouldn’t be controlled???? WTF are you on??

I don’t know all the differences between every gun, but I’m afraid that you can call it an assault weapon if *gasp* it is used to assault a person. Why do you think your son went to jail for aggravated assault with a deadly weapon?

I am not trying to legalise murder. We just have different opinions on when life starts and who’s life should hold priority in case of medical emergencies and the fact that it’s not MY decision, but it should be THEIR decision.

I can’t get through all of this right now and I don’t know if I want to. You’re making it easier to want to stay away though.

so in which comic is yara gonna whip bolsonaro into space

1. He antagonizes the news media

When he is asked questions, he becomes bristled and lashes out. He can barely form coherent arguments against the journalists charged with questioning his policies or actions.

2. He is the hardline Party candidate

He cannot reach out across party lines. He will fracture this divided country even further.

He has no plan to unite both sides nor a vision for a better future. He’s in it for himself and his party.

He is a well-known sexual offender. He touches women without their consent. He approaches women’s personal space and touches them in sensitive areas.

5. He is a bumbling buffoon

He makes gaffes and sentimental comments (ranging from the outrageous to the nonsensical) that, whenever he holds office, lands him squarely on the corporate media news cycle on a weekly basis. The cause for this is the following:

6. He has mentally checked out

Being in his mid-late 70s, he probably has some neurodegenerative disease, like Alzheimer’s disease or dementia. His opponents should rightly attempt to invoke the 25th Amendment on him to remove him from the office of the Presidency as he’s evidently shown mental inability to govern.

7. He has the bourgeois, white, and boomer votes

The youth largely hate him and despise the lack of policy on educational reform, college debt and Medicare 4 All. He likewise has less empathy for young voters than old voters. The working class are more or less apathetic to him, just another coastal city suit.

8. He will, despite having the boomer vote, ironically keep healthcare expensive and inefficient

Again: He is not for Medicare For All or the Green New Deal. His COVID policy will not bandage the gaping wound the pandemic has left on the country medically and economically above all.

9. He has a checkered past on racial issues

He uses identity politics to curry favor with his base. He makes “gaffes” which end up played on the news night after night which draw controversy yet he’s proven himself “uncancellable”.

10. He made trade deals that are bad for the American people

He personally benefited from jobs being shipped overseas, and when given the chance, refused to bring them back. He is not for the Green New Deal or any thorough reform, because Wall Street can be safely reassured that nothing will fundamentally change under him.

You noticed, didn’t you? I only used the singular pronoun to refer to both men. Joe Biden is Democrat Trump. I rest my case. 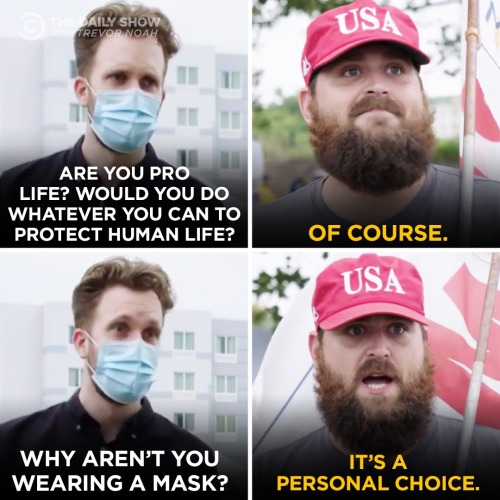 The counterculture is now the culture. 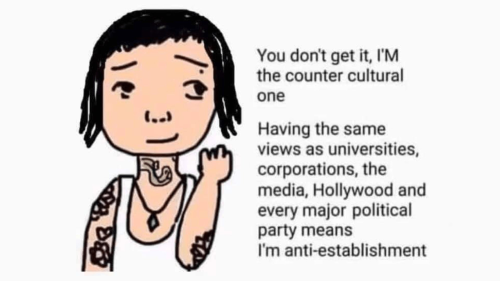 I’ve been seeing an awful lot of these around since gov. Brown (OR) authorized deputizing the Portland police to be federal officers through the end of the year. ACAB FUCK THE POLICE 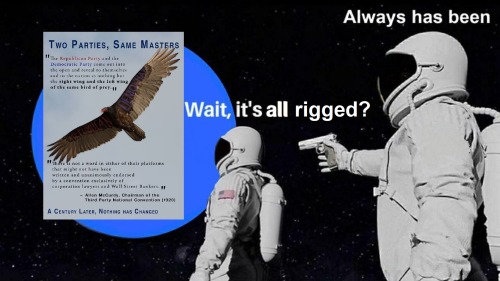 #political memes, #america is a one party state, #always has been, #third party, #us election
1 notes · See All
dyslexic-and-depressedText 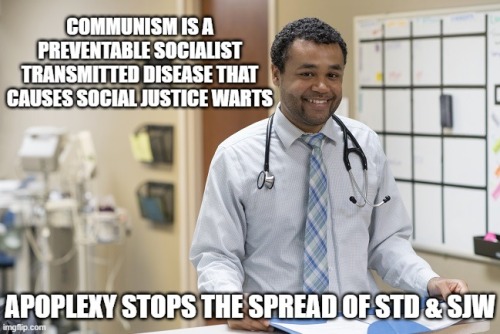 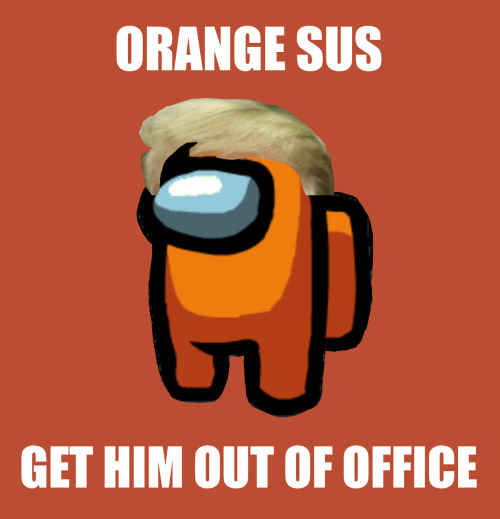 Tucker Carlson pretending to listen to someone’s argument for five seconds before he interrupts them 5 billion times to yell about liberals: