I have to say the pro-lifers are really exposing themselves with their response to RBG and her passing.

The fact that you call yourself pro-life and yet your response to a persons death is: “oh well she was 87, what about the murders of the unborn”?

You people are trash.

Moscow Mitch McConnell is a traitor to the United States. 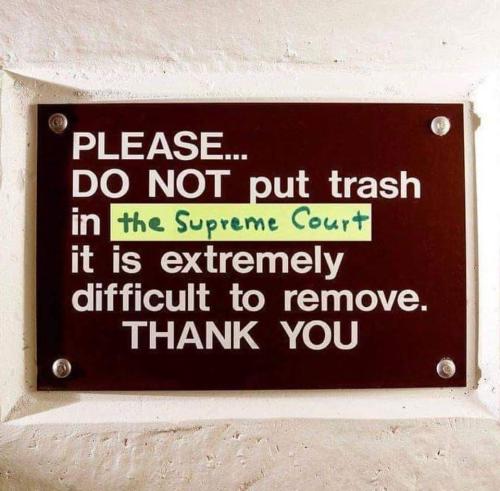 People are also saying that there will be a civil war if Trump gets elected, (the second triumphirate chasing down Caesar’s assassins).

I got to get the hell out of this country. I’m fucking scared.

I am so fucking sick of people (mostly boomers) acting like the republican party has only recently become something evil. They do it because for a long time it was “okay” to be a progressive and still have republican friends. It’s justifying their family and friends (and themselves sometimes) who voted for Nixon/Reagan/HW/W etc but who wouldn’t vote for Trump.

Newsflash, since at least WWII the republican party has been the party of racism, misogyny, homophobia, destructive capitalism, and bullshit “religious” fervor. It’s not like suddenly the entire republican party just went Nazi. This is the culmination of years of policies that were always going to end this way. Pretending that you could be a good person and vote for republicans is how we ended up in this situation and I’m fucking done with acting like it’s not to placate people who justified voting for republicans for “economic” or “national security” reasons. It’s always been evil to vote for republicans. Stop pretending like Trump is an outlier.

In 1971, newly assigned to cover the Supreme Court, I was reading a brief in what would ultimately be the landmark case of Reed v. Reed. It argued that the 14th Amendment’s equal protection clause applied to women. I didn’t understand some of the brief, so I flipped to the front to see who the author was, and I placed a call to Rutgers law professor Ruth Bader Ginsburg.

By the time I hung up an hour later, I was so full of information that I was like a goose whose innards were ready for foie gras. I soon began calling professor Ginsburg regularly, and eventually I met her in person at a conference in New York. We never did agree what the subject of that conference was, but take my word for it, it was boring. So boring that we … well, we went shopping.

We would become professional friends and later, close friends after she moved to Washington to serve on the federal appeals court here and later, on the U.S. Supreme Court.

Some of the stories that follow have little to do with her brilliance, hard work or devotion to the law, or even her pioneering role as the architect of the legal fight for women’s rights in this country. Rather, they are examples of her extraordinary character, decency and commitment to friends, colleagues, law clerks — just about everyone whose lives she touched. I was lucky enough to be one of those people.

I love everyone and I really just want us all to go on living peacefully even if we hate each other. I don’t want the future to burn for my children.

from WordPress https://ift.tt/3mGJKDx
via IFTTT
#Politics
0 notes · See All
kplrnewsText

Leaked files reveal the husband of a woman who gave the Conservative Party £1.7m received money from a Russian oligarch who has close ties to the president.

The team is still searching for a second boy who disappeared when the boat overturned on Wednesday.

AFAB: All fascists are bastards.

I DO NOT CARE WHAT CHOICES A HOMELESS PERSON MAY HAVE MADE.

NOBODY DESERVES TO BE HOMELESS.

THE EXISTENCE OF ANY HOMELESSNESS AT ALL IS A CRIME.

idk but i’ll be surprised if biden wins

#shut up jeeks, #politics
0 notes · See All
politiciansitnText
External image
The Herald DAR ES SALAAM. — Tanzanian President John Magufuli has pledged to improve the economy and complete unfinished projects during a speech that marked the launch of his re-election campaign. President Magufuli is due to face 14 challengers in his bid to secure a second term in the October 28 election. His opponents include […]

from WordPress https://ift.tt/35I03df
via IFTTT
#Politics
0 notes · See All
politiciansitnText
External image
Written by Yogi Adityanath | September 17, 2020 3:05:22 am Prime Minister Narendra Modi. (File)“Raja Kalasya Karnam” — the timeless wisdom that Bheeshma Pitamah passed on to Yudhisthir in the “Shanti Parv” of the Mahabharat — may seem esoteric in spirit, but it carries a message. It means a ruler is never a slave of […]

from WordPress https://ift.tt/3kp7A4L
via IFTTT
#Politics
0 notes · See All
Next Page