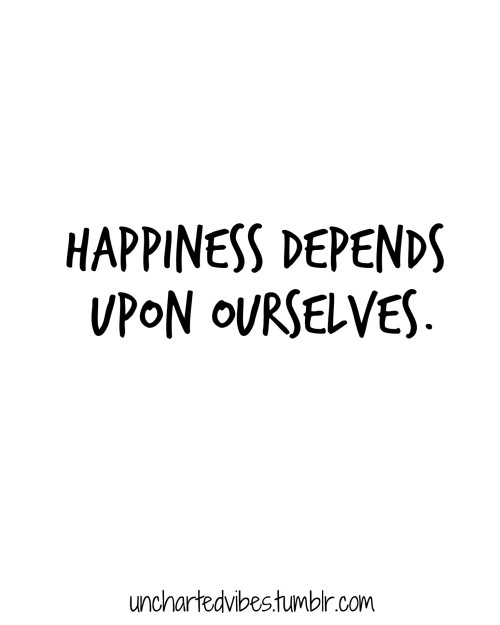 Thank you for this 😭❤️ my five things in no particular order would be:

1. Walking in crisp fall weather with changing leaves all around

2. Baking a yummy treat for myself and my roomies

3. Finding a good song/show/movie that touches a part of me

4. Silly moments with friends and family

5. Knowing that in the end everything always works out for the best

may i just say…you look fabulous today. now lift up your chin, your crown is falling. 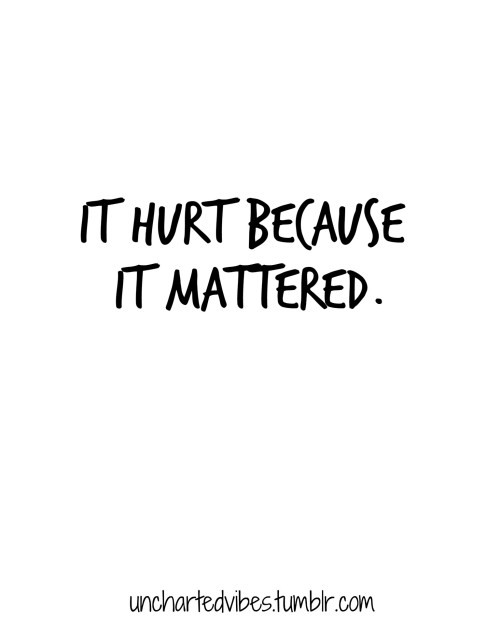 I’m so happy with life even though I hate it at the same time lol.

#me, #mine, #it's me, #myself, #personal, #positive vibes
2 notes · See All
unchartedvibesPhoto 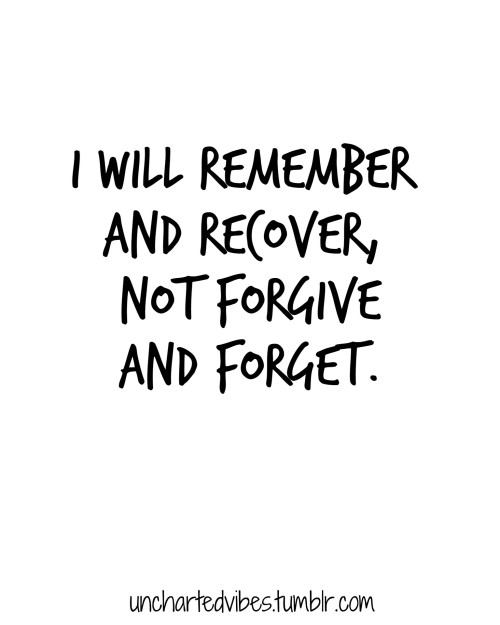 Freedom is all I have

Freedom is all I need

At this point in my life, I just want to be surrounded by positivity. I literally CAN NOT handle a negative and hostile environment. I’m good on that ✌🏾

Today, I would like to focus on being authentic, unapologetic, and Unbothered. Authentic; to trust in our own assessment of the world and to react with honesty and integrity. Unapologetic; to resist the urge to try and justify our existence to the world, accepting who we are in the moment. Unbothered; allowing others to exist as they are without need for justification and without letting them cross into our own headspace.

Good luck out there, everyone. These are trying times for all of us. Remember to be kind to yourself first, then to others. 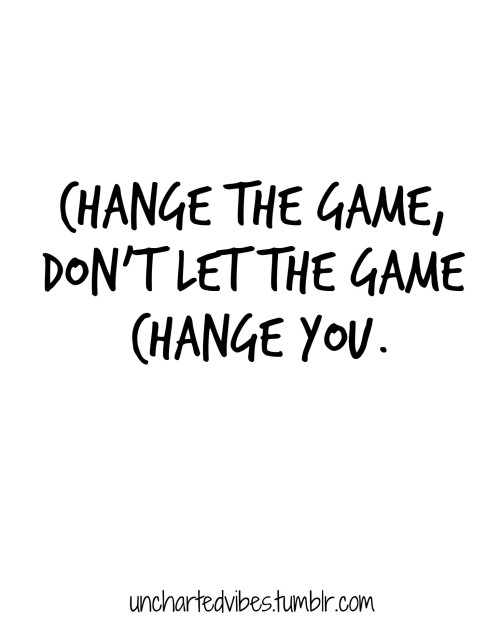 My Hetalia obsession resulted in my adding an International Studies major to my English major I undergrad. It’s also meant that I have developed a genuine love for reading nonfiction historical books (my favorite author is Erik Larson for this reason!) And it’s been the main reason I’ve spent so much time learning about other cultures, learning geography, studying things to get them right in fanfiction, trying to learn French, wacthing foreign media, ect.

I definitely think Hetalia is a great stepping stone to learning about the world, and the personifications make it easier to begin loving cultures and people in a more genuine, informed way as you delve deeper than the silly anime men.

I’ve said it before and I’ll say it again: Hetalia fanfictions are the only fanfictions I’ve ever read that include citations.

I love this fandom, and I love what we’ve done with the show.

Lewis Hamilton MBE HonFREng, is the No1. British F1 racing driver he holda the most F1 victories and is at the head of Formula 1’s all-time winners’ table after taking a 92nd victory in the Portuguese Grand Prix. Passing his hero Ayrton Senna, Michael Schumacher, and surpassing Sir Jackie Stewart for the most championship titles by a British driver.

In 2007 he annihilated expectations with one of the greatest rookie performances in F1 history. Since that victory Mr Hamilton has ‘Still I Rise’ – emblazoned across the back of his helmet and tattooed across his shoulders.

Mr Hamilton as the only black F1 driver has been a strident supporter of the Black Lives Matter movement and is very vocal in his support for anti-racism and protests against incidences of racial injustice.

Respect is hard earned in F1, Mr Hamilton has it from every one of his peers. However, the question must be asked. As Lewis Hamilton MBE & Fellow of the Royal Academy of Engineering, is the greatest F1 driver of the modern era why are the British press and the wider British public not giving him the same props and recognition that they gave to Sir Jackie Stewart & Nigel Mansell CBE.

I’m Inspired by spells I seduce like raw metal to magnets. Beauty unmatched ready to set souls free on jeweled wings stamped direct from blocks of raw, deep knowing. I soar on such wings over great men whose ideas meant well but give rise and pay homage to ordinariness.

These incantations bring species level and yet intimate personal paradigm shifts, thrilling me with imagined states as real to me as winter’s chill, or a lover’s warm breath. They disrobe before me, naked, my forefinger capturing their magic in dispassionate caresses across my iPhone’s glass face, which like sorcery turns my finger’s caresses into language.

Eagerness wells from me while notions dance before my inner reality, happy, light and mirthful, overflowing with love for me, ready to pop into things no longer private, into the world for all to see. Owned and experienced and created first by me, a part of me born of my ovum and the seed of life’s endless origin, my origin: expansion, freedom, joy. Eternity.

What A Shit Show

Good morning my lovelies, happy Tuesday. Keep telling myself that today I will be happy because yesterday was an absolute shit show!!

So Elizabeth woke up at stupid ‘o’ clock thanks to the time going back an hour on Sunday! I usually get her out of bed at 8am because that’s what time she’s usually awake and ready for her bottle. But yesterday because she was up so early (5:45am) I left her in her cot and she fell back asleep at around 7:30am and I had to wake her up at 8:10am for her usually morning bottle and to start her normal routine.

Well… this put someone in a foul mood. Put her down for her first morning nap at her usual time and she cried and screamed and fought that nap for about 30 minutes. She then napped for 20 minutes! 👍🏻 Great, wonderful!!!

So an already overtired child came downstairs to play where every slight inconvenience she had i.e not being able to reach a specific toy or chew her toy box led to a meltdown. She then hit herself in the face with a toy and had a meltdown about that too.

She had her afternoon bottle which by this point she was exhausted so cried the entire time she drank it and went down for her second nap. Went to sleep pretty easily and quickly!! 👍🏻

Woke up at around 2pm so she had about 30 minutes. (Was hoping she’d have longer because she was so tired…. but no.) This then led to the LONGEST 2 hours of trying to entertain a 7 month old, overtired little crotch goblin. Who screamed every time I left the room for a pee, whilst my poor dog who didn’t get a walk because it was pissing it down looked at me with his big brown puppy dog eyes!!!! 💔

4pm rolls around I give her, her tea as usual, she eats it, great time. Now it’s time for another nap. Put her down for it, meltdown, screaming, crying, throwing dummies the whole kit and caboodle. 🤦🏼‍♀️ Mummy also having a meltdown but in silence outside the nursery door.

Eventually she goes to sleep. Great!! 👍🏻 I now go to start mine and my boyfriends tea. Gammon and chips! Very typical, British tea. Heated the oven up, went to put the chips in the oven…. enough chips for maybe 1 person. (Gets angry and annoyed that, that’s all the chips we have then remember that it was me that put that amount of chips back in the freezer. However I will not tell my boyfriend this and he will think it’s his fault.) Anyway… we have left over potatoes from Sunday dinner. I could fry some of them to make chips…. I ran out of oil making roast potatoes yesterday. Ffs!!! 🤦🏼‍♀️

So I had a small amount of some curry oil my aunt made me years ago…. I used that. (I had to improvise) Long story short, that worked, chips tasted pretty good. However whilst I was cooking tea and Elizabeth was napping my doorbell rang, causing my dog to bark…. it was my dad, delivering some mittens for Elizabeth. (I asked my mum weeks ago to keep and eye out for some mittens for Elizabeth, she’s bought 6 pairs since then.) “Where’s Elizabeth?” He asks, “is she napping?”

My reply…. “well she was.” Thanked him for the mittens and off he went. Elizabeth is now awake. 🙄 So when Shaun walked in at 5:30pm, tea was half cooked, I’m trying to cook it with a child on my hip, a dog at my feet waiting for something to fall and I’m completely and utterly exhausted from the days shinanigans.

That was my day yesterday… thanks for listening to my ted talk.

Hope Tuesday is great for you guys! (And for myself) 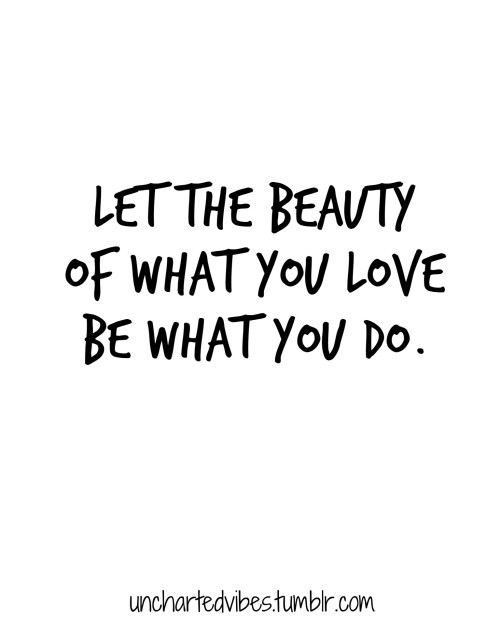