The following Sunday, they decided to share the news. After all, Steve wasn’t getting any smaller. And as much as he adored his husband, Steve knew that the alpha could only keep something this big from his family for so long. The timeframe in which was quickly running out. No matter how many times Bucky assured Steve that he could keep his excitement under control.

The only fic I’ve written that wasn’t about piss, it’s about buttplugs instead lmao

Can anyone make me a list of all the good 1930s/40s of Steve Rogers and Bucky barnes And even Howard stark? And even some that go into day and the reader being old

As they waited for Dr. Cho to join them, Bucky’s leg jiggled. Just like every other time that they had been in there for this very reason. Growing more annoyed the longer it happened though, Steve reached over and tenderly squeezed his thigh. The gesture instantly calmed his mate and stopped Bucky from anxiously jiggling his leg. Looking over at Steve, Bucky covered Steve’s hand with his own and breathed, “Thanks.”

I love you today and always.

The only thing Steve could think as he stared down at those two thin pink lines was: We’re gonna need a bigger house.

Rushing to get the dishes done and the soapy water drained, just so he wouldn’t be so vulnerable. After all, omegas were taught to always be on guard and aware of their surroundings. Especially when there was a suspicious alpha. As he wiped his hands on the dish towel, he felt as though he had accomplished his task.

Better than an alarm clock, Steve felt his sons climb into his and Bucky’s bed. Since Steve was so used to this, he was already reaching for his glasses from his bedside table. Both boys greeted him with kisses and hugs, that Steve happily accepted. After all, they were both growing up so much so quickly, Steve wasn’t ever going to pass this up.

“Peek… a…” Bucky crouched in front of the highchair, out of view from Kit before quickly popping up, “BOO!”

Resting, Steve was thankful for epidurals. They sure did make labor easier. Made them better. So much better. Made it so Steve could actually get some rest as his body prepared for the arrival of Kit. And resting was exactly what Steve did. Only half-aware that Bucky was marking him and that his husband was talking to someone else. 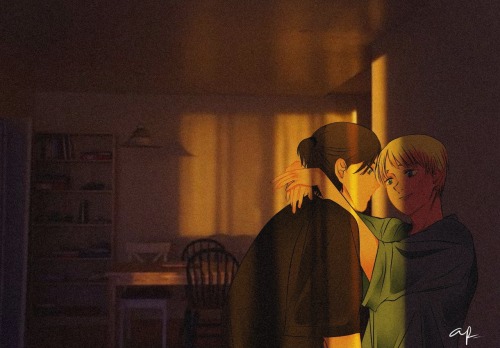 “Hi,” Wanda greeted from the nurse’s station, a friendly smile on her face.

As the weeks passed, the more Steve relaxed. Making it past the halfway mark of his pregnancy and being able to feel his very active wombmate made it easier. Sure, there was still that little voice that was fearful of what could happen. But each day, the excitement grew in him and muffled that voice.

Steve was concentrating real hard on getting all the lines and shapes right, I could tell by the way he kept looking at me, then looking at the sketchbook, scrunching up his face in that cute way he did when he was thinking. What caught my eye, though, was the little expanse of smooth skin that showed where the top buttons of his crisp white shirt were unfastened, and the littlest hint of the soft curvature of his collarbone beneath. It was so stupid; not like I’d never seen the skinny little punk in a hell of a lot less than a shirt and trousers, but that day, I saw that little slip of collarbone and wondered how it would feel to rest my hands on Steve’s shoulders and press a kiss against that little patch of skin, to feel his pulse quickening beneath my lips, and what whispers of joy I could draw from him. I realised that I wanted to make Steve happy more than anything else in my life, and that some of the ways I wanted to make him happy definitely involved a lot of necking, heavy petting, and possibly even the kind of fooling around that comes after third base.

I was pulled from my dreamings by the sudden awareness than I’d gone as stiff as a goddamn beer bottle, and posing in nothing but my goddamn underpants, it wasn’t going to pass unnoticed for long. I excused myself and all but ran to the bathroom, splashing my face with ice cold water and thinking about President Herbert Hoover until my damn prick went down. So that was that, I thought to myself: I didn’t just love my best friend, I was in love with him. And I have been ever since. 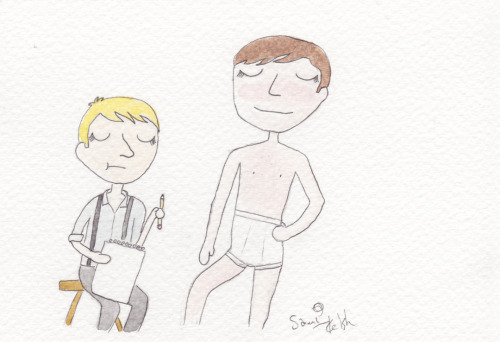 Ofc i had to make a moodboard for my new Shrinkyclinks series. I don’t have a title for the series yet tho

“Stevie,” Bucky softly roused Steve from his slumber. Not realizing that he had even fallen asleep until that moment.

Taking the shovel just like so many others before him – and despite Bucky’s insistence against it – Steve gathered some of the dirt and tossed it into the grave. He hated the thought, but he still went through with the motions. Knowing that it was just one of those customs that he didn’t always understand, but always respected. 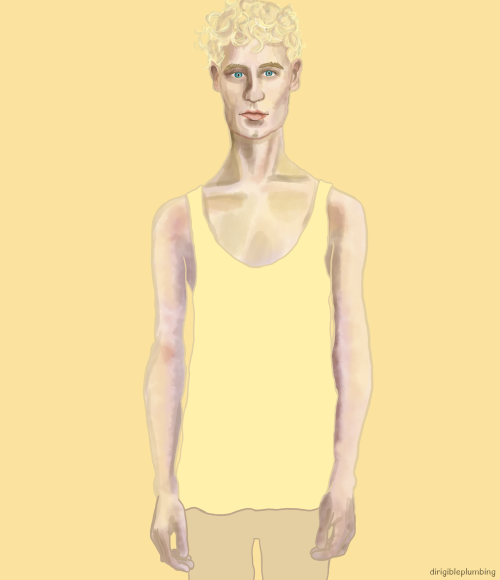