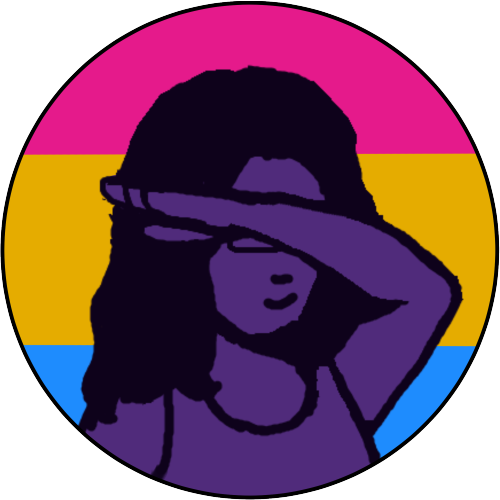 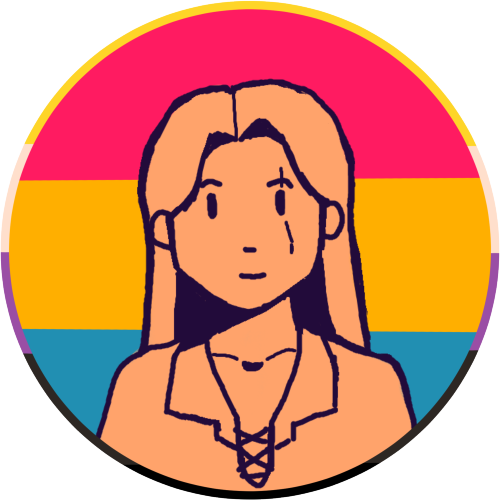 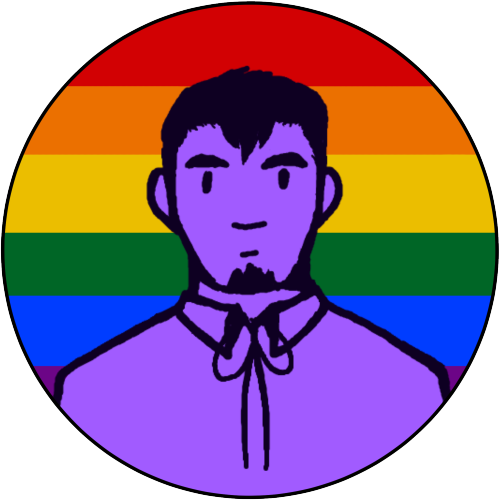 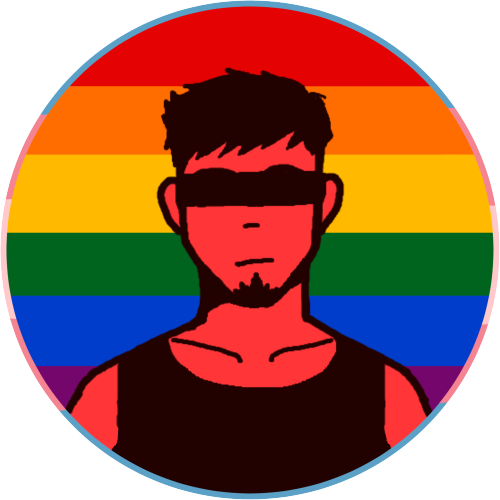 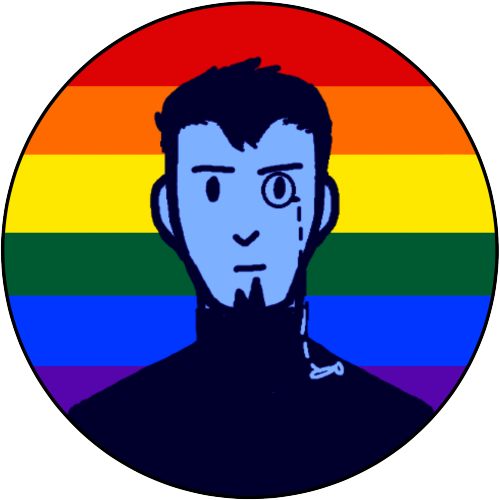 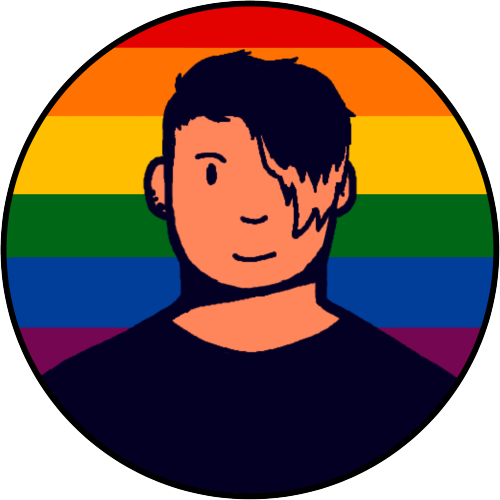 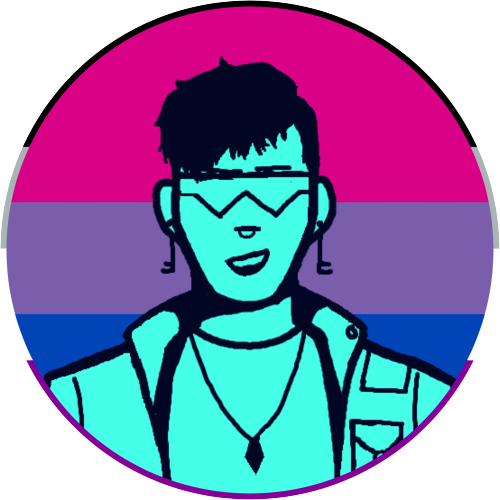 I know Pride month is technically over, but I wanted to do something Pride-themed. So, I did the rational thing & spent the entire afternoon painting these pride wizards! (And yes, that is my boy Ozymis wearing the bisexual colors.) 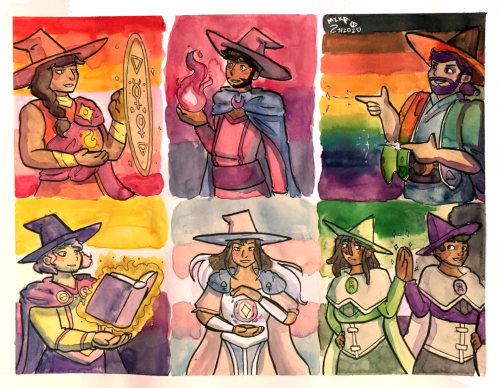 So… about my relationship, well, that’s quite a story so… i’ll talk about by parts, or not, idk, let me lnow if you want to read about that✨ i really don’t talk a lot about that…. but yeah, here is the first part….

At this time I was girlfriend of an all toxic girl…

Okay, so we were a WhatsApp Camren group.

Then, one day, someone came into this group and said hello: V, and I was a very unfriendly that i hardly ever spoke, but I don’t know why the hell i had this feeling that i had to answer that hello from this person xd. So, I said, well, maybe she won’t even answer me … and what a surprise: ^ She answered me and we started to do a mini talk out there, and the days, weeks passed, from just talking to the group, until one day, that we were playing in this group, because we were required to have a certain amount of messages, and we started playing stupid writing

so … the administrator removed me from the group,

Until that, my girlfriend had kissed with one of her friends and she told me🙄🙄🙄 but, meh …

She sent me a message because they had eliminated me, and we were laughing about it, another topic came up, and then another and so, and the attraction that I had begun to feel for this person had started to grow: 3

Sooooo …. I said I’m going to flirt with her, which was not true because:

2.- The first thing she did was tell me about her flirt :)

And well, as I was with my girfriendl, i did like her, but I was with her more on a whim than for anything else: v, (that’s a story for the next xd) so i feally was dine with all the problems whit my girfriend, she made me suffer a lot, in every fight, I was leaving and complaining to this girl.

because really derp inside of me, i think, that I wanted her to feel jealous … Our talks were made of that, we talked about their crushes🙄, about my girlfriend: ^, and things like school, and so, a month and a half or so passed, and it was almost my graduation and along with that, the toxic girl comes and breaks up with me, saying that she only wanted me as a friend, that she didn’t want to lose me and shit and a half: V so … joining those two depressions of mine I started to put several photos of my status of years in high school, because the friends I met there are nothing like the people I had surrounded myself with all my life, but that’s another story x2 xd

And well, I was mired in my depression because they all went to other cities and my parents didn’t let me go,

Soo, my Little Flower texts me and asks me what happened , and I send her voice notes and well ..i was crying, and even that made me ashamed: ‘But meh, i had this comfortable with her.

So we spent a lot of time talking about it, I think it was one of the days that we talked the most jsjs, well, then the next day, we talked a lot jsjsjs

And since it was my graduation at night, well … my friends made me drink: ^

And I grabbed courage I do not know where xd, and I wrote her a message like at dawn jsjsj…

So…. I’ll leave the story there :3, if you wanna read the rest, let me know so, i keep posting it, if not, i’ll write about something else…

So… Whoever is reading this… Stay safe, drink water, eat and sleep well, and enjoy everyday✨

Thanks for reading this💕

Polyamory: “Is a form of consensual non-monogamy (CNM) with intimate relationships among multiple people that can also be sexual and/or romantic partners”. (Dr. Elisabeth Sheff / psychologytoday.com)

I want to know opinions of polyamory people about the colors because I saw lots of comments about negative opinions.

This is what Duolingo shows as an example for wife. Good work, Duolingo, good work.

Both of them are polysexual! Sally usually goes by she/they pronouns, being genderfluid.

Hyo comes from my superhero world and has the power to manipulate matter and her weapon of choice is a sythe, Sally comes from a different, magic-based world, where their job is to gather intelligence for the government.

The next two posts will conclude my oc pride parade :3

Ace, my genderfluid pet, celebrating pride back in June. 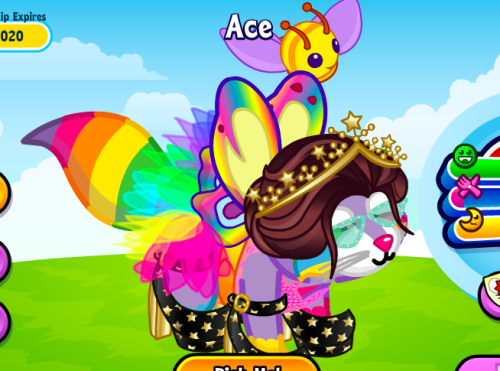 YOU A WONDERFUL AND PERFECT AS YOU ARE EVERYDAY! BUT TODAY ESPECIALLY! I AM PROUD OF EVERY ONE OF MY NONBINARY PALS! I LOVE AND SUPPORT YOU!

I love and support you! Stay safe ❤❤❤ 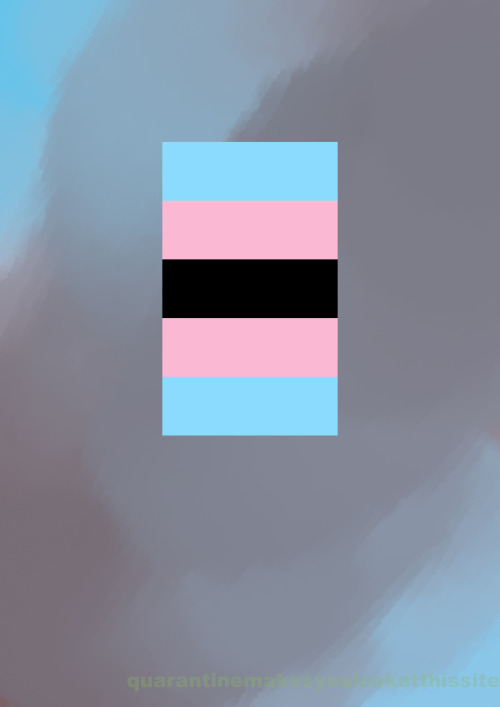 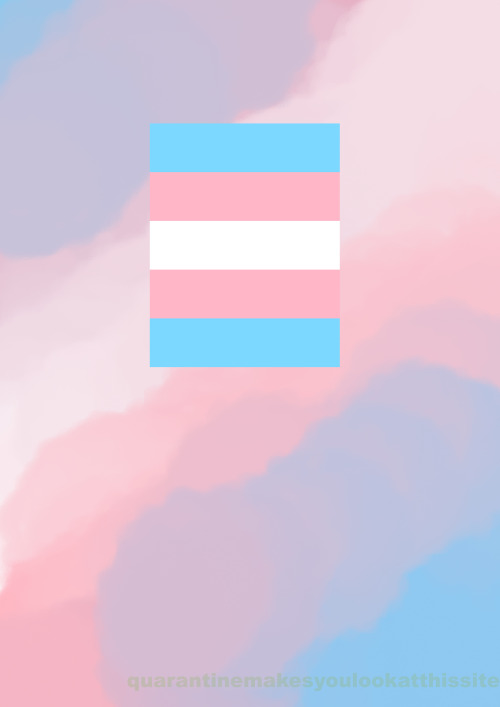 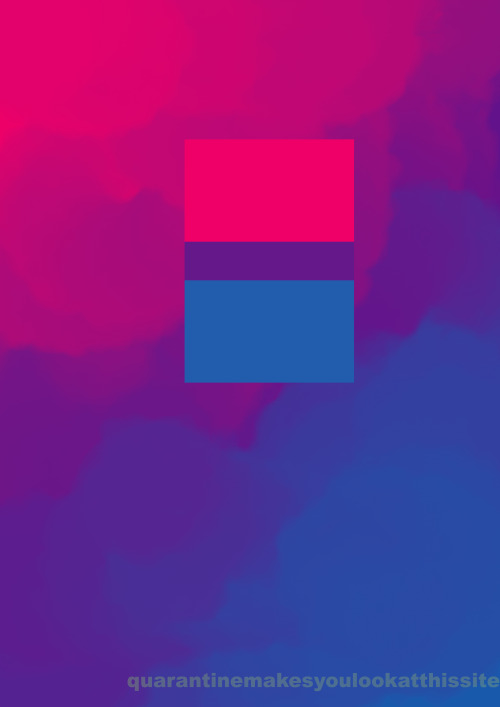 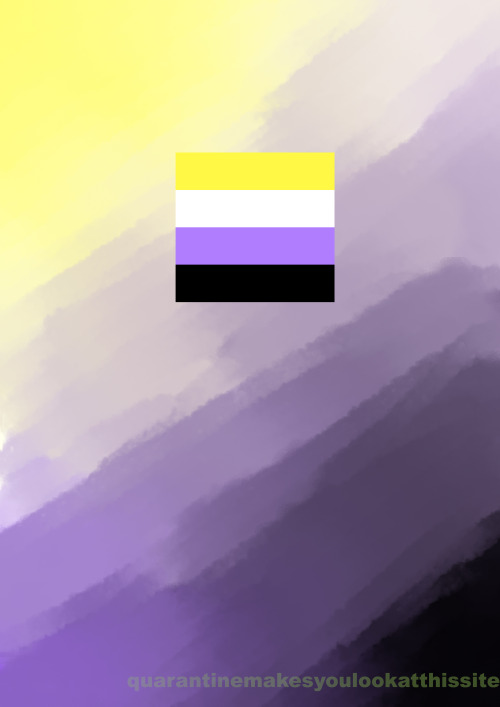 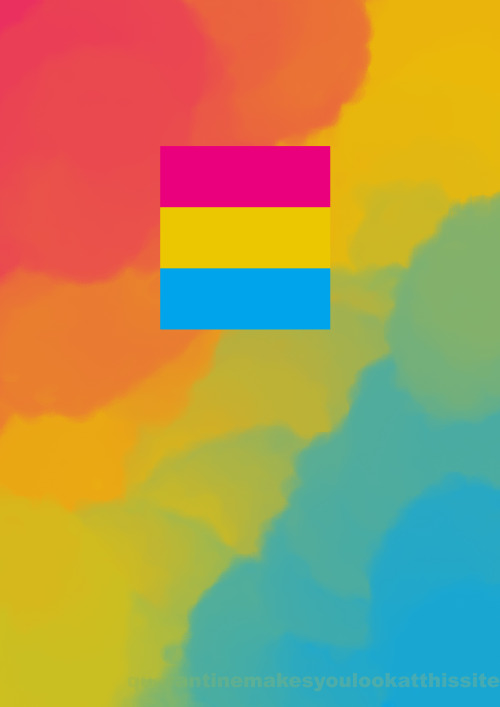 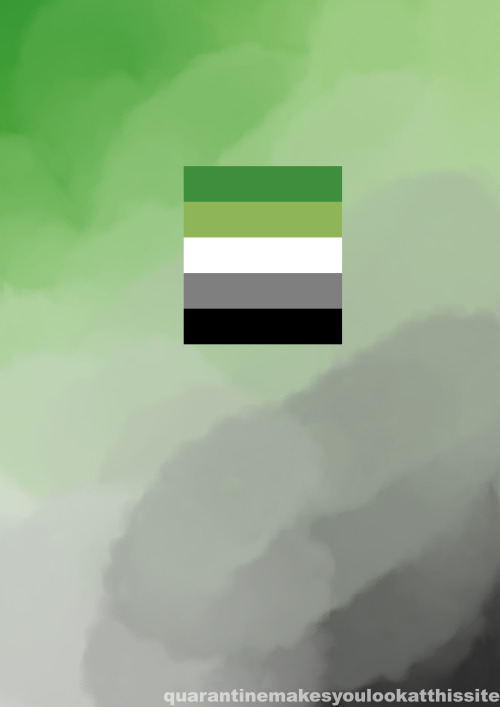 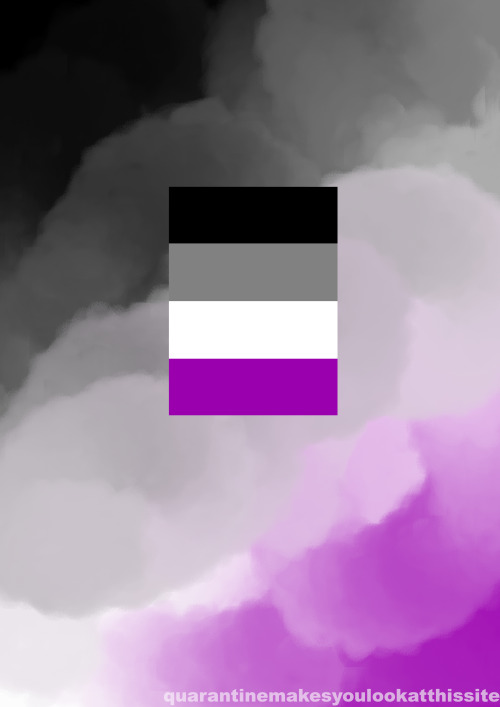 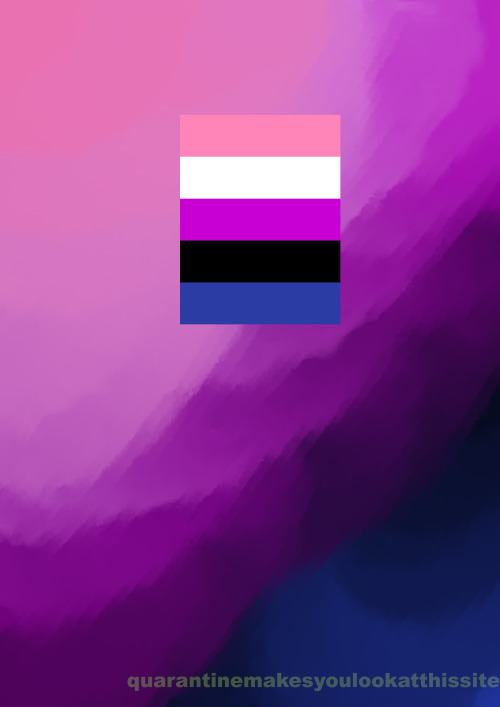 an icon i drew for myself for pride month. i’m transgender and i’m proud of who i am EVERY month! 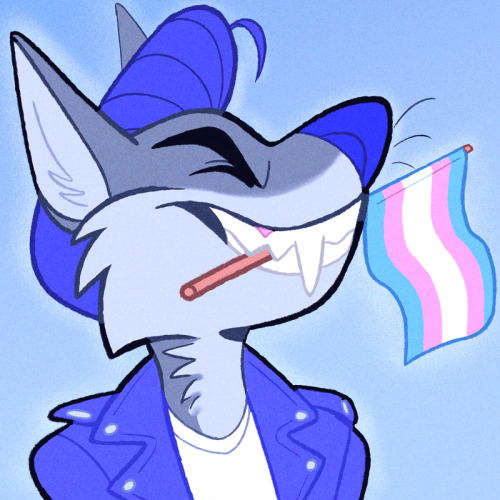 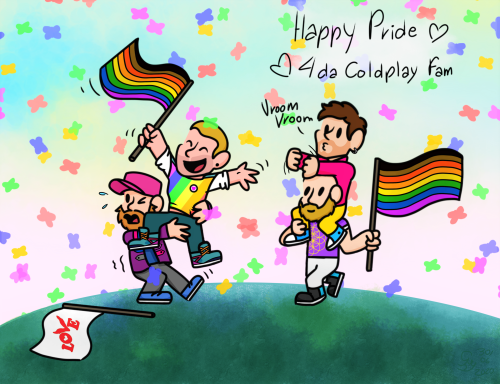 You know what would be fucking amazing