the animation for the first scene is now complete! 7 more to go ^^”

For everyone out there who is currently struggling to make it through the crazy circumstances of the pandemic, I see you, I hear you and this one is for you. You can get through this, my love. I know it is scary to wake up every day, not really knowing where you are headed. I know it can be so lonely. I know the uncertainty is slowly killing you. I know you are running out of new things to try every day. I know it can be very hard to maintain a steady routine. But you are doing so great. Look how long you have already been holding on, you can hang in there even longer. I want you to know that you are still making progress, even though you are having bad days (and it is absolutely okay to have bad days, do not let anyone make you feel guilty!). I see you, I hear you and I love you.

In last week’s blog, I wrote about how during these strange times, you may be able to find space for some activities that will support your renewal even during all the uncertainty. You may be the only thing you have the power to change right now, but changing yourself can be very powerful—it can initiate change that ripples out and affects everything and everyone around you. If you’d like to do this, you may be wondering how best to figure out what to work on. Most of us have lots of emotions, thoughts, and beliefs left over from previous life events that could be benefitted by Tapping, so how do you know what you should work on today? As long as you don’t choose anything that seems too big or scary, there’s really no wrong answer, but here are a few ways you can land on something that will feel fulfilling to make some progress on right away:

I hope this helps you venture into more frequent Tapping that will help you survive and thrive in challenging times. What’s better than something you can do anytime, for free, that feels good and supports your short- and long-term balance? Not much in my book!

Without a struggle there can be no progress

Quote of the day ❤

After writing on my journal, I realized how I’ve been struggling with a lot of things. From how I see myself to realizing my self-worth to reflecting on my own thoughts, to working on achieving the image I want for myself, it’s all a mess at first. Painful and unacceptable from the beginning. Like the healing process I’m going through, it’s long and grueling but I’m seeing some progress. In everything I put my mind to I could see some of the outcome I want. With all the challenges I’m given it comes with courage, lessons and a never ending reminder that I am alive, I’m supposed to live life like this. To get that comfort out of the discomfort. I’m moving forward and that itself is progress no matter how long it would take me. I’m happy and grateful. ❤

Be kind to yourself C and keep going.

As part of generating more engagement for my writing I’m going to try keeping a progress log when I’m actively writing.

Happy to continue progress, it has been warming up around here which gets me outside more. Digging the progress and now to bury my head and keep going after it.

For the past two weeks, there have been a number of tasks that have been planned out and some small goals have been reached. Goals were focusing on planning, organising time and reaching out to collaborators in particular Hansel, Dodz and STXV. After sending beats to Dodz he responded with a phone call which was positive, he told me he liked what he heard and was on board with the project. He is currently writing lyrics to one of my beats. I created a Spotify playlist full of references and samples relating to the style and direction of the project, this playlist was based around some of my earliest musical influences including Classic Rock like Led Zeppelin, Jimi Hendrix and The Doors, The Kinks and Aerosmith; Reggae and two tone revival like Cedric IM Brooks, Jackie Mittoo, Junior Murvin and Madness; early Downtempo influences like Mr Scruff, Luke Vibert, Kyoto Jazz Massive, Incognito and Minus 8; and Hip-Hop artists like J Dilla, Madlib, Ugly Duckling and A Tribe Called Quest. I have been constantly listening to and reviewing the playlist and recording some samples and breaks to use from both Spotify and YouTube. I Created this Tumblr blog for the project report and posted a link to this on my own website (see picture below). I have also been fleshing out ideas that had already been worked on over the Christmas break. Currently, the first beat production phase was where I had planned to be by this point and happily, I’ve met this goal, I currently have around 20 unfinished ideas to pick from and will continue to refine in the coming weeks. In addition, I conceptualised the artwork and made a mood board for inspiration. As a matter of urgency, I need to get in touch with singers to try and tie down another collaboration, start on some visuals, and keep brainstorming, and editing.

So I finally lost the 5kg/11lbs I gained in quarantine! And that also means that I’m finally out of the 90kgs/200lbs!

Time does not exist anymore

I’ve been seeing some amazing progress in my body recently. Since my quarantine fitness journey I’ve lost 4 inches arounnmy waist, and 2 from my hips and legs 💪🏽 still trying to eat clean and I’m doing the chloe ting hourglass and summer shred challenges

This beast has taken 4 days from conception to completion. Finished up the basket weave for the back cover today. 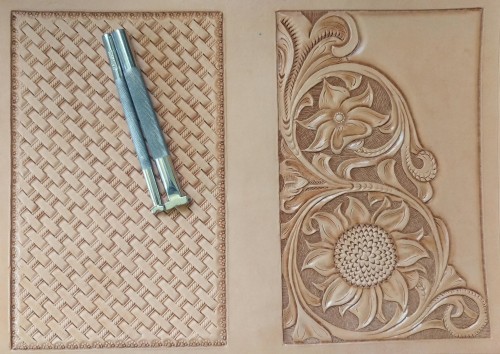 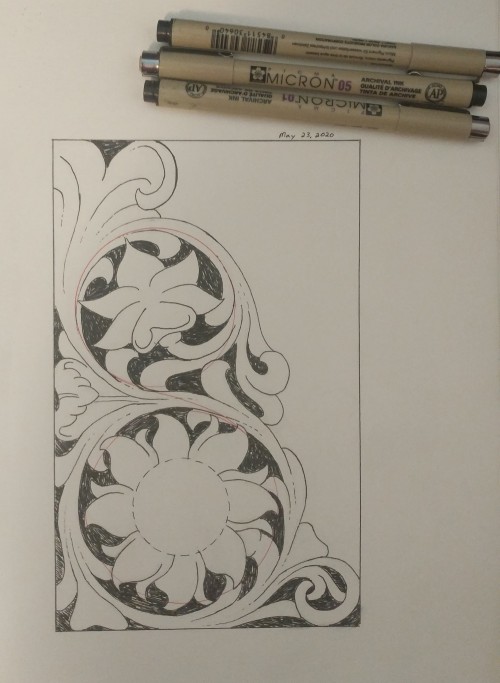 I never know who may come across my blog, so I just wanted to drop a bit of motivation for someone.  Learning things take time.  Be patient with yourself (look at me giving advice that I don’t follow).  Keep at whatever it is you are working on.  One day you will look back and see how far you have come.  Trust me, you will be amazed at your progress.  Months ago, I set out to learn Adobe Illustrator.  That was a HUGE learning curve for me, and it was NOTHING like drawing in Photoshop.  My main goal was to create a vector drawing that I could use as my logo or to just personalize my things. There were days I loved my drawings, and I would hate them the next day.  I would go through this emotion for weeks loving my drawing one minute and hating it the next, which is a natural emotion that most artists go through.  I honestly think most people that create things are never truly happy with their creations.  I am hardly ever content with the things I draw.

Below is the comparison between what I started with months ago and what I have now.  It took me a LONG TIME to master how to make shapes in Illustrator, and then it took me an even LONGER TIME to get used to the drawing tablet.  I gave up on the drawing tablet for YEARS honestly and, I just picked it back up last week and forced myself to learn how to use it.  Am I completely happy with it? No, because I feel it can be better.  However, I am happy with the progress that I have made.  I have come a long way, and there is no denying that.

As I said, keep at whatever you are doing.  Everything takes time, and nothing happens overnight.  Maybe when I post an update in a few months, my skills will be even better than what they are now.  The key to learning something new is to keep going even when you are frustrated.  Take a break if you have to, but make sure you don’t give up.  Anyway, I just wanted to offer some motivation to anyone who might need it.

How My Art Style Evolved

Early on when I started doing pixel art, my art style was even more basic, I wanted to improve it, so I decided to brainstorm different styles. Observe:

“Standard” was my initial art style, and all of my brainstorming attempts followed the proportional rules of the “Standard” style.

I never really went anywhere with the “Kirby” and “Rectangle” styles.

However, I wasn’t done. I felt another change was in order, so I decided to rework the proportions of my style, and I practiced it for good measure.

This is the result. You all should know the rest.

I had these OCs called the Phases. Don’t know if I’ll ever go back to them, but I did try to rework their designs in my new style.

I think I did pretty good on them.

There was a time when I tried entering an SMG4 collab (it was the 3M Subscribers one). I drew some character designs for some of the characters, including my own before and after character comparison. I also did an additional slide when I was trying to figure out how to do the mustache and the hat for Mario and SMG4. Have a look:

That’s it for tonight. Thanks for indulging me.

Shoulder day💪👌
.
Last session I hit 100kg press for 4 reps. This time I managed 5 and a bit haha.
Still its an increase and my drop down sets were better as well. 😀

Progress doesn’t happen overnight but it does happen with consistency and having a plan.
.
.
.
.
.
.
.
.

Date for Priest of Auri-El (graphic novel based on the Elder Scrolls series)
What I have been working on can see the light soon. I have now a feasible release date planned for Zero Sum’s first installment: Priest of Auri-El. It will be posted in August, the third week at the latest. The first chapter holds 36 pages of content – not counting the covers and titles. The pages are currently inked and in line to being colored.

After the release, I will be updating the comic on a weekly basis until the story concludes (one or two pages per week, three if I’m particularly free and unimpeded).

This story is meant to be a mini-series, spanning at least 6 chapters (a whopping 218 pages approximately laid out), and part of the bigger series “Zero Sum”.