I do not remember her.

They still remember her.

I was never hers.

You were never hers.

And I always was

#poetry, #trans, #I am not trans, #but I assume this is what it feels like?, #please tell me if your experience is different, #pronouns
0 notes · See All
endlessflagsAnswer

im pretty sure this is it!

they are made of glass,

I just hate the fact that the German language doesn’t have gender-neutral pronouns like they/them. It makes it so much more difficult to address people correctly.

#we only have 'es' which equals 'it' and is only used for objects but there's no gender-neuttal form for people, #someone needs to come up with a proper term, #you can choose to only use their name but it's not a solution though, #gender neutral language, #pronouns, #note
5 notes · See All
prideninjasPhoto

Free to use but credit me please!

( Gay/Homo- - Attraction to the same gender. The term ‘gay’ has also been used as an umbrella term for anything queer.) 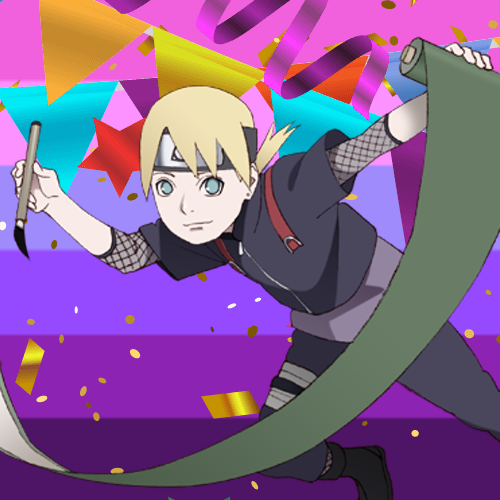 Obuso Mistoka/Animorphina- demigirl, she/her usually, however she accepts neopronouns involving animal names when she’s taking that animal’s form (ex; bun/bunself when bun is in a rabbit or bunny form)✨

Ganore Tsugimoto/Helium- demiboy, he/him and they/them pronouns can be switched without a bother for him✨

Isero Maredasu/Ise- cisgender male, however he’s fine with being refered to as a she/her or a they/them, doesn’t like being called neopronouns however he respects people who use them✨

#demigirl, #demiboy, #bnha ocs, #gender identities, #theres like one more but im too tired, #neopronouns, #neopronouns are valid and if you think otherwise then ✨gtfo✨, #non-binary, #pronouns, #ocs
0 notes · See All
i-am-currently-fangirlingText

I don’t know who needs to hear this but it’s perfectly valid if you need a little time to get used using someone’s pronouns/name after they come out to you. If you slip up, don’t make it a big deal cause that just makes it uncomfortable for everyone. Correct yourself and move on, just as long as you are showing the person that you are putting in the effort. 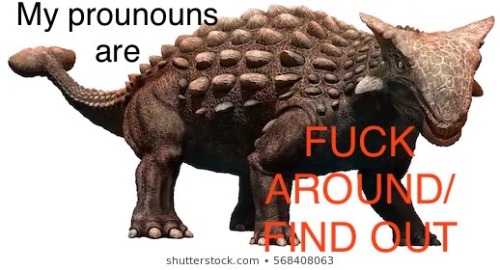 With She/Her: “She sees herself being an artist in the future. Her favorite drawing medium is markers”

With Fae/Faer: “Fae sees faerself being an artist in the future. Faers favorite drawing medium is markers”

How the f you ask people to maybe use other pronous to me, I literally glitch every time I see or hear its directed to me and aaaaaa

🥴🥴 my dysphoria has been terrible lately. Trying to stay positive and hopeful about the future. 190 days until top surgery but I feel like I’m not gonna make it. I talked to my therapist for five hours today. I’m not doing well and I just wish things were easier. I wish I could see myself in the mirror.

With he/him: “He went to the park, he went there to reflect on himself. His life had been very chaotic.”

With xe/xem: “Xe went to the park, xe went there to reflect on xemself. Xer life had been very chaotic.”

With they/them: “They love their dog. Their dog is very cool!”

we can tell when you are saying our name to avoid using our pronouns. Stop. Its gross and annoying and makes us feel like shit