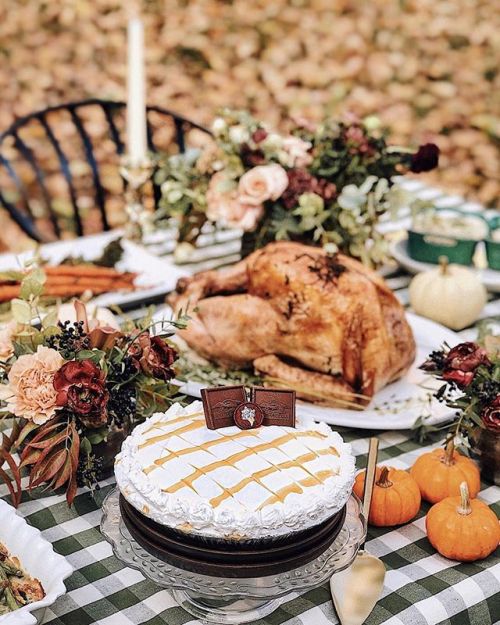 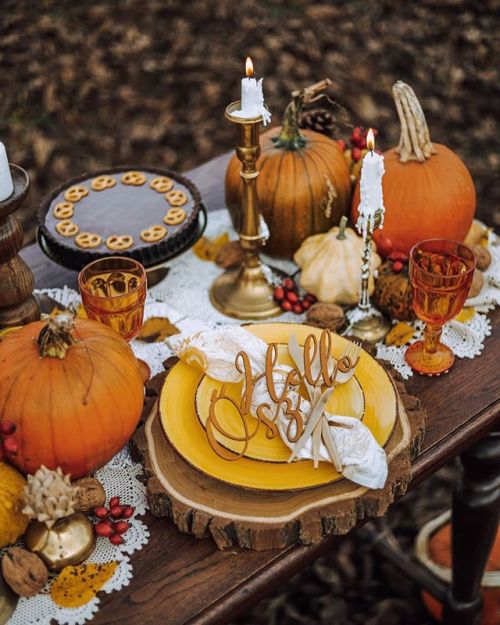 [ID: A picture of two types of pumpkin seeds against a white background, with labels in black font. The first is larger, and white, and is labeled, “pie pumpkin”. The second is smaller, and more yellow colored. It is labeled, “Jack O Lantern.” End ID.]

I’ve started pruning in earnest so once these boys are done blooming (Maybe five days max?) they’re going to get snipped SO fast. I’m keeping them alive just in case I need to pollinate someone but I’m going to be glad when they’re gone 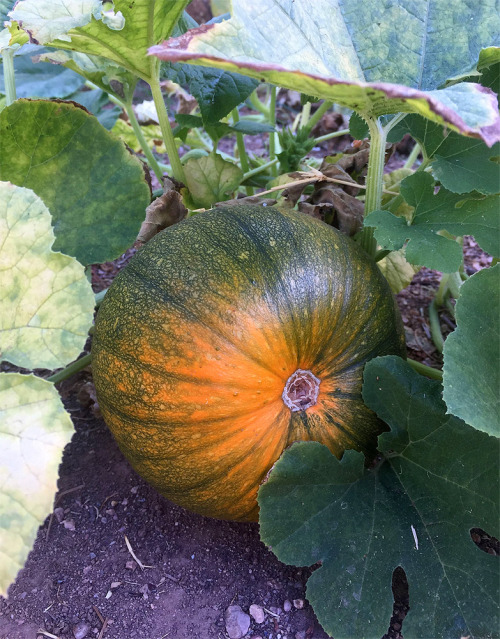 Ducati - check. Cafe racers - check. Motorcycles - check. I award these the best pumpkin carvings ever. As a side note, I have the Ducati sign that is carved into the pumpkin on my wall. 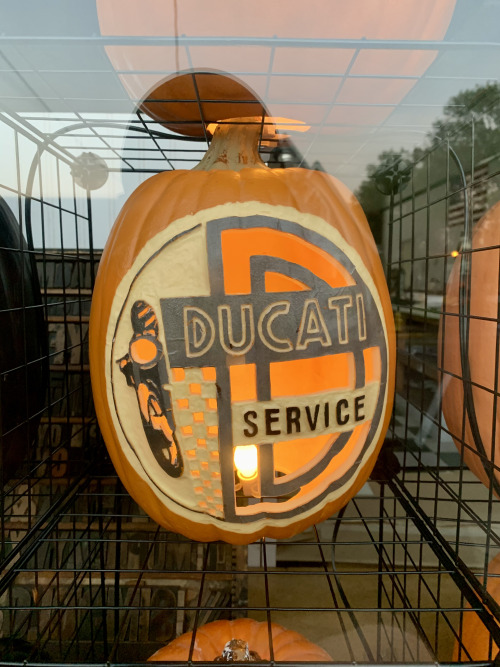 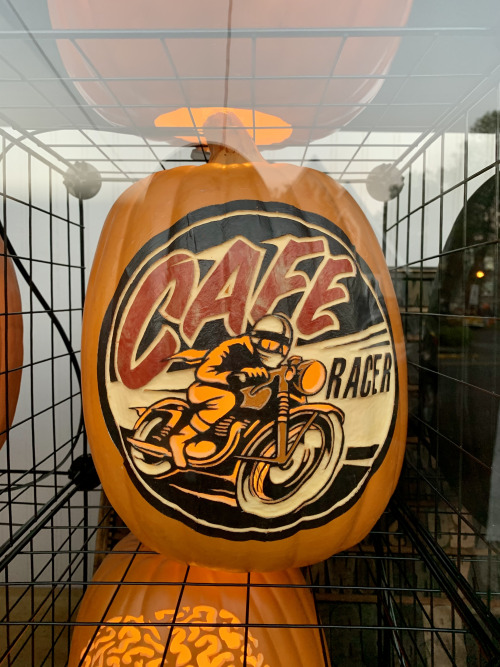 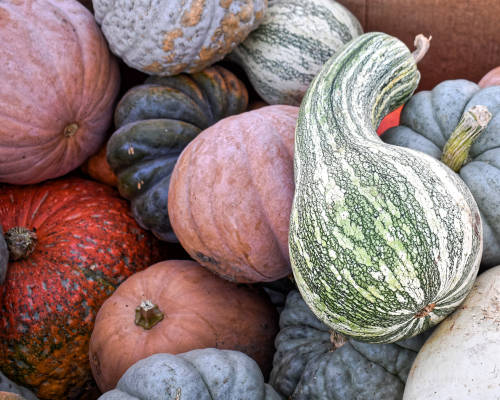 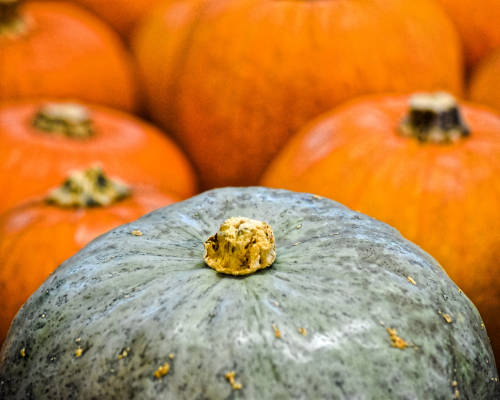 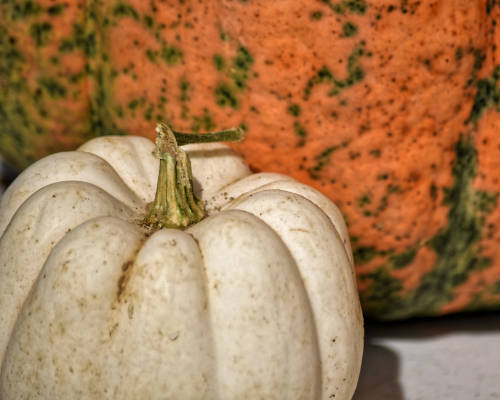 I did a study of how Billy Wimblett paints pumpkins, since I am in an autumnal-festive mood! The amount of productive texture they include is both insane and gorgeous.

Here’s a link to more of their artwork! https://www.artstation.com/billywimblett 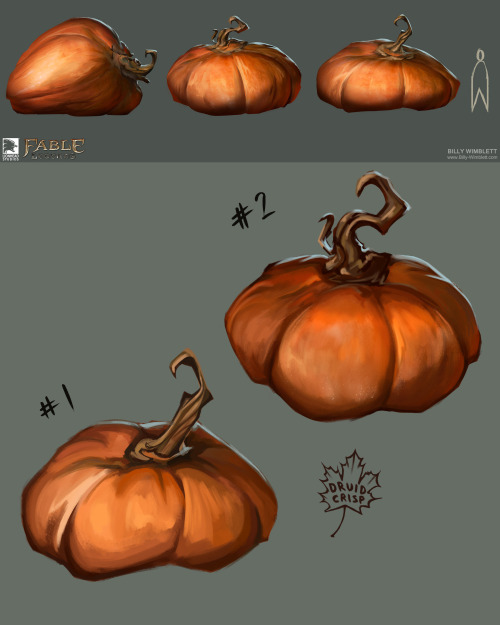 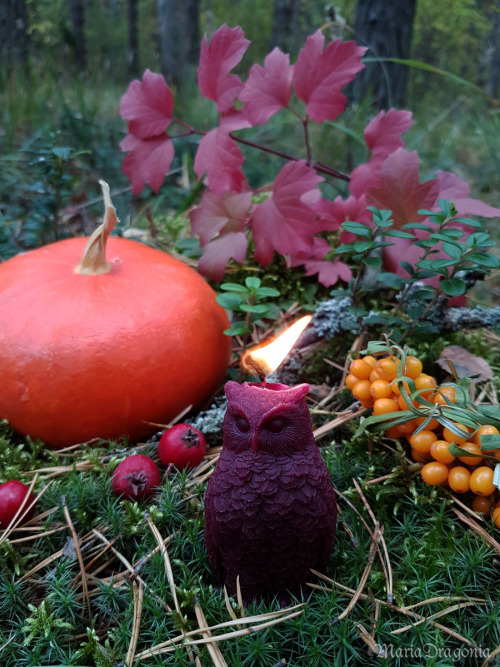 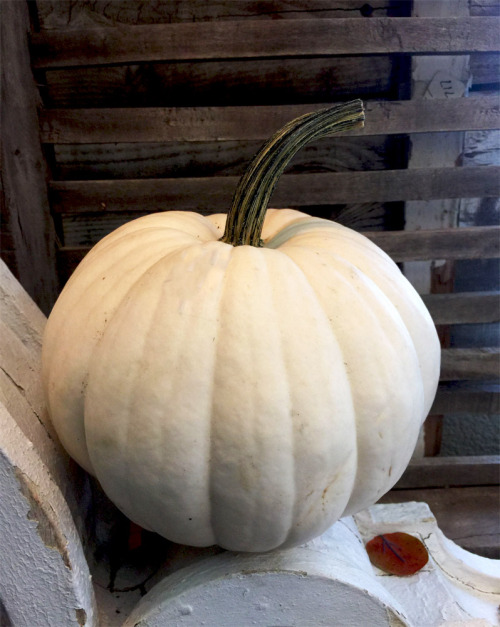 Thanksgiving is tomorrow, so here’s a Halloween comic! And, yes. Billy is dressed as a shark, so #sharkweek. 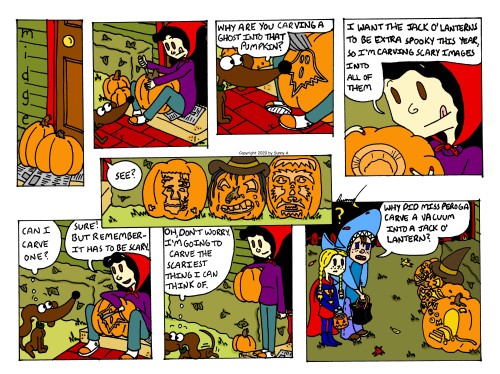 Their Human: “Mudpie, what are you doing?”
Mudpie: “Pumpkins!”
Their Human: “Yes… pumpkins. We were uh… trying to take a day-before-Thanksgiving photo, here…?”
Mudpie: “I want pumpkin seeds!”
Pillomin: “There will be time for that later, Mudpie…”

Their Human: “There we go.”

Their Human: “On Friday. I promise. You have my word.”
Mudpie: “Gonna hold you to that!”

Here’s more pictures of these ones. Jumbo pink banana squash from our garden this year (2020)!

Me in two pictures 🥰