she’s gonna beat someone to death

Should I be concerned that I’ve done 4 sudoku puzzles today? Probably.

#not watt#patroc posts#when my brain gets ✨frustrated✨ I do puzzles to regain a sense of control and calm#it’s calming to just let my eyes shift back and forth along the rows logically placing numbers in ordered blocks#feeling that rush when suddenly you find that one block that lets everything else slide into place
4 notes
morguelily
Text
#puzzle#audio post#Bandcamp
1 notes
anypassingthought
Audio
#k i discovered house phone like a week ago when they posted the drinking song like most ppl seemtve#and i had alternate universes playing on loop in my head yesterday#but then i was tryin to sleep so i was like 'ok brain no more alternate universes'#and then i just started singing?? w/o my permission#and just like every other time i improvise songs i didnt know what was gonna come outta my mouth til i heard it come outta my mouth#so i finish a verse and im like ? its been a while since ive written anything.. should i sleep? should i go with it?#since i was head empty no thoughts when i improvised it i had already forgotten the lyrics so i seriously considered letting it go#but then i puzzled them out. retraced my steps. using the few words i remembered#so i wrote that verse down. then improvised two more and wrote those down. then fell asleep#this morning i was waiting for my car to defrost and i was like. eh. maybe ill try my hand at writing a chorus#so i did and it worked alright. felt like it tied the verses together nicely.#tweaked the lyrics a little while i was at work but nothing major. got home and fiddled with chords on my guitar#gosh i havent played guitar in ages. probably since my capo broke. and i was never great at it in the first place#but uhhhh..... boom! song#i cant emphasize how little consideration and effort i put into it but uh#yeah idk#music#original music#slightly different style than i usually end up with when i improvise#probably bc it was heavily influenced by alternate universes living rent free in my head#also sorry for the bad recording quality of my phone#why am i posting this? idk
2 notes
goodbyeacadia
Text

Nothing better to do in isolation but build puzzles 😅

Hold on, were the New Years stories a bit or not

@hungover-and-broke-student​ : / / keeper of the lighter !

She huffed, waiting for him to light it. “Just as long as you give it back. It’s my last one and it needs to last.” Not that it would, given her habits but she still didn’t want him to make off it with. “Pass ‘em here’

“ I can always buy you a new one, ” Edward offered as he puffed in the highly intoxicating smoke. He allowed it to swarm his lungs longer than he should’ve; after a moment, he finally released it in a cough. Afterwards, he tossed the lighter to her. “ I have all the money I could ask for. ” Literally, if Edward wasn’t pleased with his health – he’d just gather more from robberies.

#hungoverandbrokestudent#RIDDLED: IN CHARACTER#RIDDLED: REPLY#VERSE: PRINCE OF PUZZLES#drugs //#// that's ok! I don't mind at all since I'll just move it to a txt post myself :'-)
1 notes
twouglytoads
Text

Folks, I had a pretty good day finally

Nothing I love more in this world than watching drama in a fandom I am not part of, and more stupid the root cause of the drama, the better heh

shots/gestures from kpop mvs that have me feel a ! 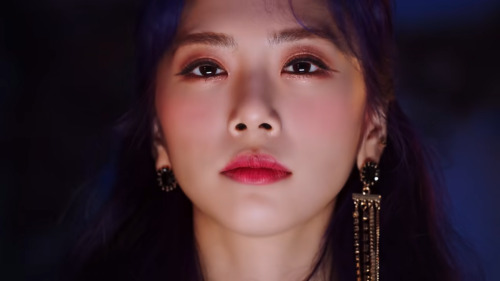 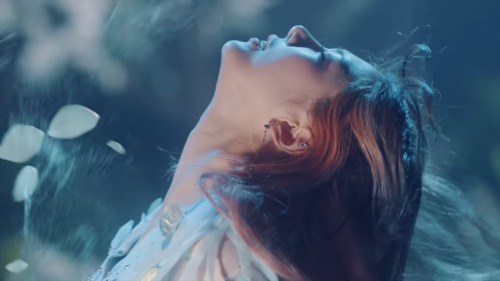 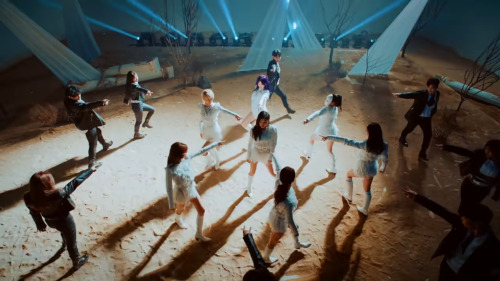 #mvs used are blood sweat and tears (bts) kor and jpn version#scream and boca (dreamcatcher)#girls (nature)#oh my god (g-idle)#and to be or not to be (oneus)#it was just one big Christianity But Distilled Horny: The MV. incredible. thank you oneus#mine#certain themes just.... gasp. gasp. they're not exactly sexy per se. i mean they also are but there's some kind of... Depth to them#they're very pretty and effective and you just say wow but with your soul#and when you see them it's as if a lost piece of a puzzle popped into its place in your head#and by that i mean when i construct mvs in my head these shots/gestures are like 95% of them#PURE AESTHETIC.#is this connected to the field in my brain responsible for k*nky stuff? perhaps! but it's half past 5am let me live#long post
0 notes
shesdaylight
Text

listen u guys solitaire is so good, spider solitaire is such a good game trust me, i haven’t been able to stop playing it over the past few weeks

#dohnut speaks#specifically the clubhouse 51 games version#its so good to just put music on and arrange the cards its very chill#im starting to think that i actually enjoy puzzles........like an old person or something#my mum got the local paper yesterday and she gave it to me like 'thought u might like these puzzle pages'#and i did#i was actually excited#it had sudoku and crossword and arrow word!!!#also theres this one puzzle they have in the weekend tv guide thats like a bunch of hexagons#and u cant put a number more than once in a hexagon#and the numbers are the same where the hexagons touch#idk what its called but id love a big book of them#also yes im in lesson yes im posting on tumblr ssshhh dont tell my teacher
0 notes
johns-diqi
Text

HOLD UP I HAVE A THOUGHT

I was listening to the With The Beatles album and all my loving came on and I was like “yeah I love it but John hospital 😭.” BUT THEN GUESS WHAT I FOUND A LINK IN THINGS!!!

“Oh! Darling if you leave me I’ll never make it alone belive me when I beg you don’t ever leave me alone.”

“When you told me, you didn’t need me anymore, well you know I nearly fell down and died.”

So we all know from multiple sources including Paul himself that oh darling is about John right? Well I had this idea that since Paul wrote all my loving in the early days and he had the line darling I’ll be true, he was using that to remind John of better times when they were together and Paul called him darling and love all the time. All my loving is a song that’s like a promise and declaration of true and loyal love from Paul and Oh darling is a plea from Paul to John to give him one more chance or to stay with him longer and begging John to not leave him. Now to back this up I needed more evidence that all my loving had some kind of connection to John in any other ways.

Well then I thought about how in the hospital that John died at, all my loving of all songs played right after he died. Why all my loving? Especially if it’s JUST a Paul song with little to no contribution on Johns part. They could have played a song that John wrote in the Beatles or a song John wrote for his solo album but instead it was a love song written by Paul about new found love and relationship on a new level in the beginning of the prime of John and Paul’s relationship. Paul wrote all my loving for the second album and at that time he had known John for 6 years and was his best friend for 4 or so years.

And please please me being the first album had I saw her standing there on it. Which is a song about dancing with a 17 year old and briefly seeing them but wanting to spend more and more time with that person. Well John and Paul met when John was 17 and Paul had briefly seen him around before hand and “didn’t want to be caught staring because I thought he would beat me up” (I think that’s along the lines of the quote). Some of Paul’s very first love songs had some kind of connection to John

#the beatles#mclennon#john lennon#paul mccartney#all my loving#oh! darling#i saw her standing there#with the beatles#abbey road#please please me (album)#man I thought so hard for this#I also have more evidence for I saw her standing there being about John and John knowing it was about him#but that’s for a different post#has anyone else made this connection#am I just being stupid#I’m really tired Rn and it’s 12 am so I wouldn’t be surprised if I look at this tomorrow morning like what in the world did I just post#sry if this makes like no sense#I’m edging on sleep deprived#and I’m making a puzzle rn which isn’t the best idea#nighty night tumblr this is the last thing I’m posting tonigh#I hope
13 notes
weepylucifer
Text

Curious Village: The NPCs all ask you puzzles because they’re robots built for the sole purpose of testing any visitor’s intelligence and integrity. Only a person who is smart (able to solve riddles) and kind (willing to stop and help strangers with their problems) is allowed to take custody of Flora

Every game after that: The NPCs all ask you puzzles because they just like puzzles and that’s what the game’s about. Just roll with it

#professor layton#villager in the 15th town layton stopped at: ''puzzles are just really popular here in our little town! no reason to it!''#layton: ''sure. yes. absolutely''#idk it's just funny to me that they came up with a convoluted in-game justification for the game mechanic ONCE#and then NEVER AGAIN#posts by me
162 notes
thatindiecator
Text

I’m looking forward to #Pawnbarian by @_j4nw - Here are my first impressions of it! Make sure to wishlist it!

One of the titles that I’ve been eyeing for a while now has been Pawnbarian! It’s supposed to come out in Q1 of 2021 and I’d be happy to review it once it’s out… but for now, I’ll have to make do with the first few impressions I got from the demo that is available here.