Sure, it’s funny that Bow doesn’t know what Spinerella and Netossa do, but you know what’s funnier?

That he says it while literally standing in front of A FREAKING HUGE MURAL SHOWING EXACTLY WHAT THEY DO!!

Faebruary but make it she-ra part 7!! A lil fairy Angella bc she’s literally an angel and I adore her I miss her ✿

OH MY GOSH
I WAS RE-WATCHING SHE-RA AND I REALIZED THAT WHEN ANGELLA FLIES AWAY FROM MICAH IN THE WEIRD PORTAL-Y EPISODE HE SHOUTS ‘Angella, wait. I’m not-’ and then gets consumed by the portal and she doesn’t hear him.

8x10 in acrylic painting of Queen Angella of Bright Moon. I miss her so much. 😢

For the @spop-palentines prompt, Work Friends, a few months after Queen Angella disappeared into the portal, General Juliet reflects on her years at Bright Moon.

General Juliet made her way down the hallway, her helmet heavy on her head. She realized too late she’d gone the wrong way. Her feet had taken her not to her chambers but to Angella’s— well, to the queen’s office.

The light was on under the door and for a moment she it felt like if she knocked Angella’s soft voice would answer. They could debrief the latest mission over tea by the fire. The woman had a way of making you feel like she wasn’t your superior but her equal, the two of you solving the rebellion’s problems together, laughing at all the stuff those all those crazy magic kids got up to.

That was the damnedest thing of it. She’d LIKED Angella, had looked forward to being able to call her a friend someday when this blasted war was over and won. But now the woman was gone and the war looked less likely to be either over or won maybe ever. And in her place, well…

Something smashed inside the office and Juliet reached for her sword automatically but then she heard a sound that had become all too familiar these days. She released her weapon, the expectant tension of a fight giving way to a different kind of tension entirely.

Did they have to be so LOUD? It was bad enough for morale that the Horde gained more ground every week, the old Queen was just GONE, disappeared overnight for reasons even Juliet didn’t properly understand. The fact that the whole damn castle could hear She-Ra and the new queen screaming at each other every day sure didn’t help matters.

Free idea to a good home:

So uh… does anybody actually know how old Angella is?

Because if the answer is anything more than “one thousand,” that means Angella can remember stars. And she could have met Mara.

So like, bear with me here, but WHAT IF… Angella was actually part of Mara’s rebellion? And knows where Hordak really comes from, and that the Heart of Etheria is a weapon that Light Hope will fire the first chance she gets?

And WHAT IF her “cowardice” during the war was actually her deliberately and very carefully maintaining a perpetual stalemate so that a) Hordak never conquers the planet or finishes his portal, AND b) the Black Garnet remains in enemy hands so that the planet weapon can never be balanced?

And she never told Glimmer any of this because she’s just that bad at communicating.

Anyway, apologies if that’s been done or is easily contradicted by the show (I didn’t check), but I had the thought and now y’all have to see it. Regular shitposts to resume shortly.

If Angella was immortal, does that mean Glimmer is going to age slowly/live an extremely long time? Will she drastically outlive Bow?

How much older than Micah was Angella? Is she technically a cougar if she was like 1500 years old?

I just think that Angella’s thighs.

HAPPY VALENTINE’S DAY! Here’s my wedding art I promised for Valentine’s Day! This took me so long, but I really wanted to draw the MASS Wedding based from @Gingerhazing art. (Click for Quality) 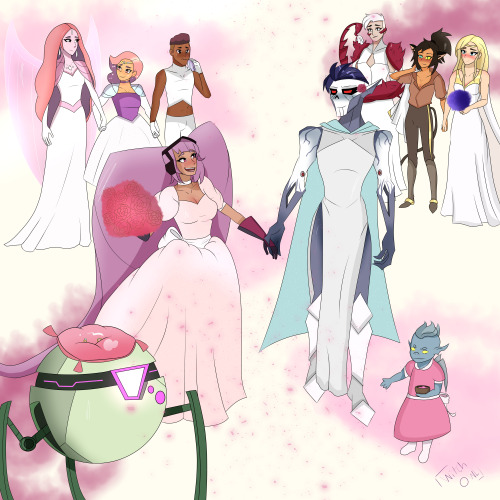 My Valentine’s painting of Etheria’s power couple, Queen Angella and King Micah of Bright Moon, sharing a romantic moment on the moonlit beach. 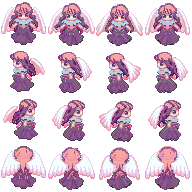 AN : It’s finally done ! I’m really happy this story is over with since i have other wips i’m really excited to work on.

Summary : It has been a few years since the end of the war and Adora wants to ask Glimmer something.

We just moved to our new home!

So I am gonna start working again on my art. This is just a WIP I shared on Discord already, Queen Angella with her biblical accurate form :D

Angella: *hands glimmer a dress* this was mine when I went to my first Princess Prom

Angella: fine! Go naked! And Adora, make sure you get a picture of her. Goodness knows I could do with a laugh.

Join in on the fun @spop-palentines!