really feelin the faggotry today. must be the halloween season

#not the best photo but w/e, #my bootstraps from unlimitedchaos77 came in and im obsessed with them, #gay, #punk, #crust pants, #diy, #boots, #bootfag, #my posts, #me, #fag, #trans punk, #queercore
7 notes · See All
benji-wnsText

Tell me I’m pretty, play with my hair, fall in love with me

Ik you asked this a long time ago, but OMG THAT YOU SM. AND THANK YOU TO EVERYONE THAT ANSWERED MY POST AND MADE MY POST BLOW UP!!!

(AND A MAJOR THANK YOU TO EVERYONE WHO DECIDED TO FOLLOW ME, even though most of my posts are kinda stoopid but hey at least you all are [seemingly] enjoying them!!)

What we’re up against —Worriers

Yo I want some more punk recommendations, I’m specifically looking for:

Please and thank you!!!

Fuck it, also give me more:

PLEASE AND THANK YOU!!!

Gender is…messy, for lack of a better word. Everyone defines it slightly differently, and their personal definitions influence how they personally identify. I see gender as a loose concept, something that could include everything and nothing at the same time. Since I don’t see gender as a whole as constant, I don’t think it would make very much sense if I saw my own gender as constant anyway. Gender is weird and complicated and impossible to explain. But that’s the best part about it.

There’s something really fun about playing fast and loose with gender. About refusing to contain yourself or let yourself be contained by others. There’s this sense of “Well screw you, I’m gonna do what I want”. And I like that a lot. I like that gender is this weird, tangled, incoherent mess. It means I get to have a lot of fun talking about it.

The most common definition of gender I see is “gender is a spectrum”. But I’d like to propose a new definition: gender is whatever the fuck you want it to be. As long as you respect other people’s definitions, you can define it however the hell you want.

Am I a girl, boy, or something else entirely? How should I know? Why should I care?

As hellish as it’s been living in this time, I’m glad I was born when I was. Because I get to be a teenager with ever-changing ideas right when people are trying to redefine gender. Now is a time for dismantling preconceived notions, challenging what you assumed was true about the world, and reshaping society into a more accepting one.

Realizing that everything you thought was true is false is weird and kinda terrifying, but it’s fun, too. It means there’s more left to learn, and it gives you an opportunity to pick yourself apart and try to comprehend the pieces.

2pm the perfect time to get emotional abt pansy division album covers for Deflowered + Wish Id Taken Pictures + Quite Contrary. The amount of love and playfulness within them… The development of the albums subjects/style themselves are also reflected in the design and… I mean just look at them okay

#Queer punk, #Gay punk, #Queercore, #Homocore, #Pansy division, #Crouch speaks, #Idk how much to tag this lol, #I also Love The Interior we can see like the colours and everything are so gorgeous and fun too, #So bright and colourful and like.. Clearly a Home, #Well loved and happy looking u know
45 notes · See All
danteandtheredscareAudio

paracosm recieved some tlc and deserves a reupload honestly!

Hey guys who are some queer rock/alt artists you like. I esp would like trans artists or lesbian/wlw artist. I just want more queer rock in my life yannow 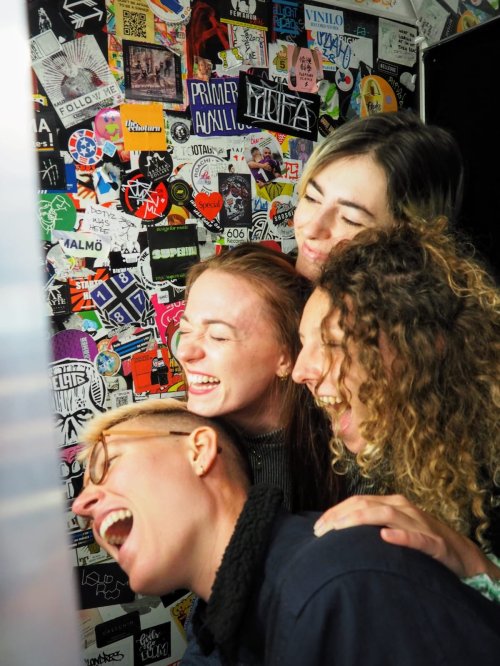 I can’t remember if I’ve posted these before, but I think about this issue of ‘Now I…’ a lot. Fun queercore zine series, but this is by far the best title. I also appreciate the fun editor’s notes throughout.

Found via qzap.org where this and other queer zines are available to read for free :)

Hey folks, sorry for being digitally dead the past few days. I was at a protest Saturday night (10/3) and got arrested by the cops after accidentally taking out a bike cop that was about to run down some protesters. I was in Jail until late Monday night when I was released with the charges dropped. My boyfriend was arrested as well and his charges were dropped today but could be brought up again in the next few years if the cops decide to.

I have bruises on my arms from how hard the cops were holding my arms when I was on the ground. I’ve been having some chest issues again because when they tackled me to the ground they were pressing down on me so much I couldn’t breath or speak. I was afraid that I was going to die and that my last words might have been “I can’t breath”. I was stunned and it took me a ton of energy and pain to shout my name to a witness. I was not read my Miranda rights until after I had already had my mugshot taken in the precinct and had been questioned by the police.

They did not make sure that people had masks on until they were bringing us into the jail. The conditions of the jail were awful, my boyfriend was not let out of his cell at all and was sharing it with several other men. I was not given my knee compression sleeves, a cane, or any of my medications including my inhaler. I lied through my teeth and told the cops I was cis so I was in the female sector and was placed in a room by myself with less than 2 hours a day outside it.

Personally I’m doing fine, not too traumatized by it since I’ve been dealing with this shit since May, but it was my boyfriends first protest and he… needs time to recuperate and not be a front liner. He was pepper sprayed to hell and the cops bruised his ankle.

I am going to be reblogging this with my Venmo/paypal if people want to chip in some money so that I can replace my shit that the cops damaged/are still holding in evidence, as well as start saving up to move out of my parents house. Please reblog my next post with my info if you can’t, but anything helps if you want to support this disabled queer antifa rebel staying out in the streets and protesting. 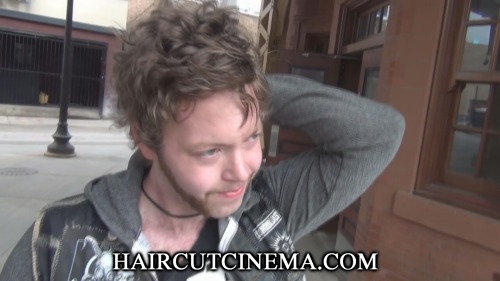