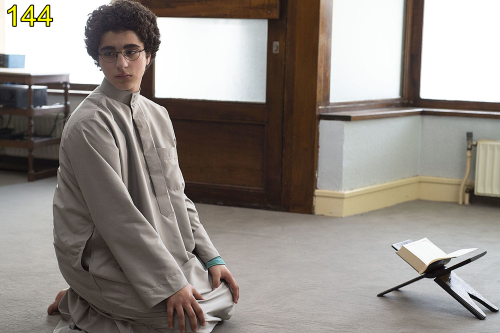 Think about these words; female, woman.

What do they mean, and how are they used? Fe-male, wo-man. Both terms that define womyn by their relationships to the male.

“Not man”, “wife of man” and so forth. The term “man” being used to describe all persons, as well as the male, establishes men as the default, as the dominant person (regardless of the fact that such is unnatural).

This is an attempt by the male to obtain dominance by the means of language, which has influenced cultures, ideas and behaviours among all the people subjected to it.

Defining Yourself Through New & Modified Terms
As an anarchist, I value the removal of hierarchy and violently enforced leadership. Because of this, I am able to observe and reject male dominion imposed on the world via colonialism and conquest.

Most men see this, and become confused or enraged. But as womyn, we must understand that we hold no obligation to comfort or appease the male ego. We must remove ourselves from the participation in our own subjugation and violence.

When we do this, they recognize it. Ask any man, if he (in general) desires dominance. If he is honest, he will say yes. Most men believe, because they desire dominance, womyn (whom they consider to be their opposite) “naturally desire submission”.

It is all over their blogs, websites, forums, and videos. Because it is so widely taught, they expect this of us. Men are socialized to believe they are the dominant class, and that it is their responsibility to correct the behaviour of their subordinates (womyn). That’s where male violence comes into play.

Stay tuned for my next post; “The Analysis of Male Violence”

Do not be a radical, be a centrist

Papicha (2019)
Nedjma, an 18-year-old student passionate about fashion design refuses to let the tragic events of the Algerian Civil War to keep her from experiencing a normal life and going out at night with her friend Wassila. As the social climate becomes more conservative, she rejects the new bans set by the radicals and decides to fight for her freedom and independence by putting up a fashion show.

So here’s me right about now. 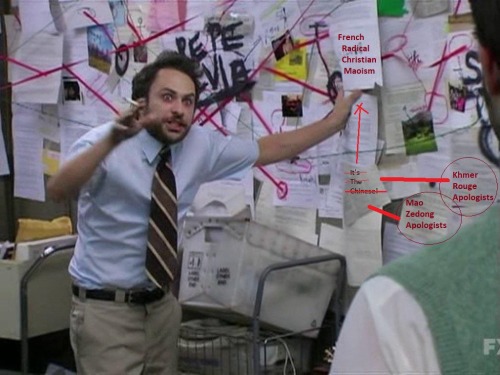 I want to live free. Away from the obnoxious critiques and flash of Capitalism, which burns my eyes and rots my heart. A true, deeper understanding, which brews in the primordial core of my being longs for a way of life far beyond my grasp. I am left, alongside my fellow American  workmen, to starve by the hands of the feeder longing for their addictive sugars. I am brought into his world, not my own, and I must abide by his rules. I want to live free.

I wish to learn. I have learned so little, so much I have left to experience. I am a tree, who yearns to grow. I wish to understand and visualize the history and future. I want to write my discoveries, literature of my own making. I had so much medium to feel, my eyes are starved from art. The records of academic history lies in my hands, and I have all the time in the world.

My food stems from another hand. How can I be free if my stomach is connected by tubes to the slaughter house? Where does my food come from? Can I choose where it comes from? Or is it all false.

I want a cabin, far away. In this cabin I will love another man. We will have no name, the expectations and words of society have no meanings so far from it. We are not husbands, nor boyfriends, nor any mere words that we did not invent. We are surely in love. Our cabin will be lovely, dry in winter, cool in summer. Our cats and dogs live, as all our animal friends, alongside us. Our garden will bloom in springs, grow in summer, harvest in autumn, and hide in winter.

Perhaps then I will once again dream happy thoughts. Living a radical life.

LECTURE 18: COMING APART (PART 1): The promotional film for “Revolution” (a.k.a., “Revolution 1”), the hard rockin’ single version of the bluesy song featured on The Beatles’ self-titled album (a.k.a., The White Album). Like “Hey Jude,” this promo film was shot on September 4, 1968 at Twickenham Studios. The song sparked some controversy, especially in radical activist circles, for its seeming rejection of ultra-left revolutionary politics. But John Lennon, who wrote the song, was rapidly moving leftward in his politics at the time, and saw the song as a rejection of violence while at the same time an endorsement of peaceful transformation. Not long after the song came out, Lennon would often change the lyrics to the famous line: “But when you talk about destruction/Don’t you know that you can count me out…” so that he would say “in” instead of “out” (or he’d say both – usually “in” after “out,” as you can see him doing in this promotional film). By this time, he was with Yoko Ono, and her left-wing pacifist politics were having a heavy influence on him.

An immense industrial network cannot be managed in the same way that one changes a tire … It expresses a circuit of cosmic energy on which it depends, which it cannot limit, and whose laws it cannot ignore without consequences. Woe to those who, to the very end, insist on regulating the movement that exceeds them with the narrow mind of the mechanic who changes a tire.

One of the most radical pieces of music ever written.

Beethoven - at this late stage in his life - was done with ‘manners’ long time ago and the uncompromising stance of this work is - 200 years later - still utterly breathtaking.

Radical republicanism denotes a form of social freedom where individuals enjoy freedom by being part of a society that is organized around the common good of its members. Domination is seen not only in terms of one’s capacity to interfere in your choices, but more deeply as a structural form where individuals and/or groups possess sufficient social power to extract benefits for themselves and at the expense not only of those from whom benefits are being extracted, but also, ex hypothesi, from the community as a whole.

The radical republican thesis about the nature of social domination is therefore different than the liberal ideas formalized by neo-republican thinkers. The radical republican idea of domination is one that is based not simply on ‘interfering with your choices’, although it can and often does include this, but rather is much richer insofar as it contains the phenomenon of extractive power that is the capacity for one agent to derive surplus benefits from another agent. The more extractive power one agent has over another, the more extractive domination it possesses over others, whether an individual, a group, or the society as a whole.

It’s been a while since the last time we spoke. Of course I was rosting your ass on muttr when i was. However, I must begin to say something.

As a child I was raped twice. 2 different scenarios. Once at a park in a tube slide and once by my neighbor in my backyard.

However, I do NOT hate all men/boys because of this. Why?

I am partially a man. I am Intersex and In my childhood i would change between looking female and male.

Do boys/men still not get raped? Everyone can be a victim idiots. I have never raped anyone in my LIFE because i know from experience it’s awful.

So what’s my point here?

My point is, Radical feminism is stupid and unnecessary.

“oh but, don’t you hate the men that raped you?”

Not only little girls and women are victims of rape.

Not all men rape.

And not all rapists are men.

Have I ever told anyone this story? I have now.

How have a been since those days? Fine. Because I’ve grown up. It made me tougher. I don’t get offended by rape jokes (I don’t think they’re okay, just dont flip my shit). Has it effected my life at all? No. I don’t let It. So while all these radfems are out here being radical feminists, don’t men still dictate your life if you feel the need continue to hate them and not grow up and move on?

Sincerely, a victim who isn’t letting it rule my life.

PS. I have friends who are normal feminists. I don’t have a problem with feminist who want equal rights for women all over the world etc. Radfems are the problem. Thanks. Bye.

Pss. This is a psa for radfems. Sorry followers who followed me because I have 17 different genres of posts and my personal life isn’t one of them. Thanks bye 4 real.

Because authoritarian Communism killing and imprisoning people is way better. That’s exactly what happened in Eastern Germany. People were suffering, but I guess that’s OK with you. Funny how people like you are anti Nazi while supporting systems that did exactly the same than the Third Reich but wearing red instead of brown.

Maybe we should send you to North Korea then if you love systems like this so much and hate the evil Western Capitalism. Let’s see how long you last until you starve or get caught by the gouvernment.

For the interest of the French Revolution fandom, here is a song from the gilets jaunes movement – a parody of Edith Piaf’s Mon manège à moi. Enjoy the ingenious FrRev reference, en français. “The French’s innate thirst for blood and chopped heads” from the mouth of a reactionary Anglophone politician ought to be taken as a compliment, in my view. ;)

Disclaimer: I don’t know a word of French, but I have a friend who translated this song to Chinese and posted it on the Chinese equivalent of Niconico.

This is just my thing 💕 (Gotta luv my radical instructor)

The drive of the radical to overthrow all that we know, in order to establish a new order based upon: he knows not what, is not wisdom and it is not responsibility.

And that which is not responsible is not moral. Our children cannot inhabit our intentions, or our unrealized dreams, they will inhabit the actual mess that we  end up creating.

Hannity: 2020 Democrats calling for a hostile government take over

Sean Hannity makes me worried about his viewers killing my fellow Americans based on his insane rhetoric and reckless propaganda style.