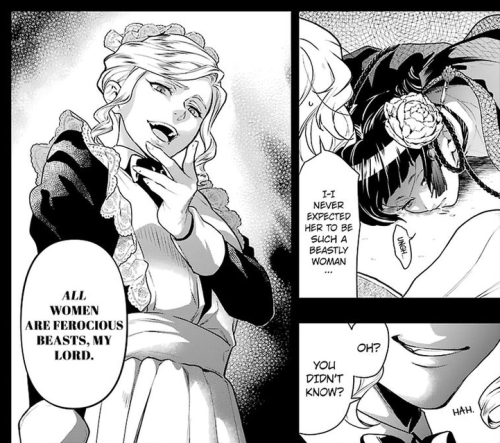 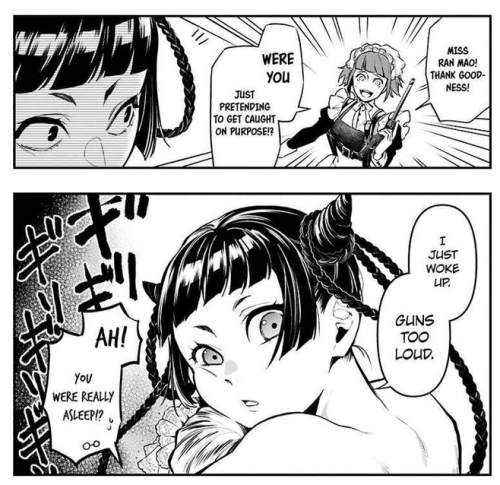 I finally got my hands on volume 29 today, after having ordered it at a local bookshop some weeks ago. Turns out the new notification system they use didn’t notify me of its arrival… about two weeks ago!

Anyway, there are two extra pages to advertise for volume 30.

It’s interesting that even the street urchins she called her friends are listed among the people who simply used her.

Then we have Yana-san’s volume note.

Funny that she says “I feel human eyes are not to be trusted”… in a volume that’s largely about Mey-Rin’s eyes.

Then we have the inner covers with the English translations. Recall that Ran-Mao is on the front cover and holding her weapons of choice. It’s funny this is like the tapioca version of the cola wars.

I didn’t take pictures of the color pages between chapters, but I might do that later.

I really need translations to verify, but it looks like Jane helps Mey-Rin and Ran-Mao… and then she’s over it all.

Jane confronts Abbie, the House Keeper, and it looks like Mey-Rin confronts the head butler. I don’t recall his name. The women who had been kept drugged wake up the other maids in the manor, and they all confront Chris Heathfield… and beat him up even more!

I do not know whether Jane and Mey-Rin got much information out of Abbie and the head butler, but hopefully they learned something useful. Then Jane walks away as she removes her apron.

Then we get a cut to Phantomhive Manor, and I will talk about that in part two….

just caught up with kuroshitsuji… HOW does a manga stay so consistently fucking good through 12 years of serialization? yana toboso really is a legend

#also i LOVE mey rin and ran mao, #they are so damn cool, #rly excited for the upcoming chapters w the other servants + lao, #especially the hotel infiltration thats gonna be dope, #god i hope this all gets animated some day, #i wonder if they decided to just stop after the campania arc film, #rly hope they make more anime bc the films feel rushed and the story deserves so much better, #kuroshitsuji, #kuro
15 notes · See All
corkytheguarText

Not that I necessarily want the Baron Heathfield/Heathcliff (I can never remember his name) arc over with, but I want to see Bard and Lau’s mission/arc next. They’re the pair we know the least about now that we know meyrin’s past.

Well, as you know, I love this manga and I’ve been following it since I was a girl to adolescents and adults, I don’t have the time to follow it as I wanted but until now I realize that Ciel and Sebatian they wear Hanfu clothing that was typical of the Tang dynasty seems very cute to me, the hanfu were used for meetings, traditional celebrations and were worn by men and women .

The Hanfu is characterized by a loose and sophisticated dress, and if you used any color it had meaning.

Taking into account that Lau and Ranmao are Chinese

We can deduce that the Hanfu that Sebastian wears is of a black color, normally it meant the color of evil, it was reserved exclusively for the elderly, along with blue-gray.

That’s funny well little reference to our dear Ciel just kidding! But if the black and blue-gray could only be used by the elderly …

White was mourning, red for its part meant a symbol of virtue and good luck today, it still means that and it is very common to see it at a wedding that the bride’s dress is red, in in new years, anniversaries.

I think Ranmao’s style is a Qipao, more modern.

The Qipao was designed to show more of the natural softness of the female form, in addition to creating more of the illusion of slim legs. 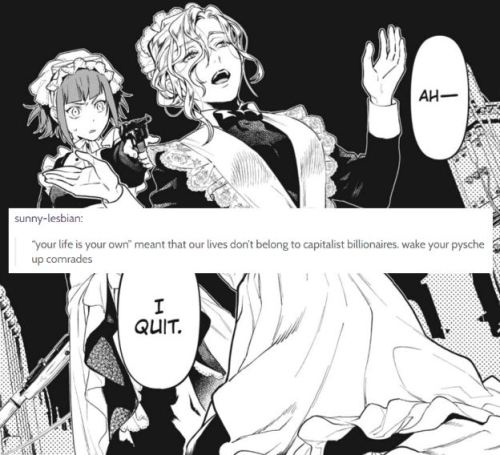