Well, she picked up a thing or two. 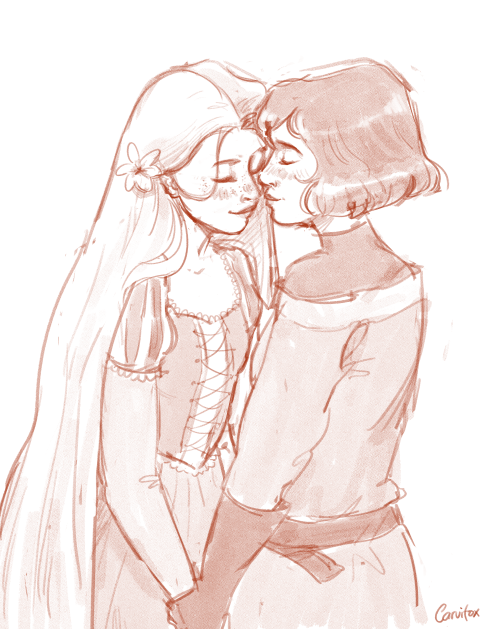 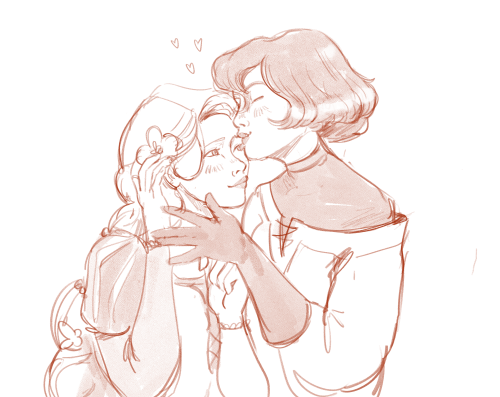 This is probably my favourite scene…… ever. The song is so beautiful and the visuals are simply phenomenal 🤧😭💗 This scene just makes me emotional everytime I watch it.

Eugene: Guess what, Your Majesty?

Rapunzel: We have a baby in the household!

Queen Arianna: Is she cute?

King Frederic: *spits out his coffee*

To mix things up a bit. The first time they were used was in “Vigor the Visionary,” and the point was that they were wearing their nice clothes because they were out on a date. Obviously, they had no reason to bring their super nice and formal attire, but of their casual clothes, the stuff that was made for palace life and not rough outdoor travel was fancier and more suited for a date.

Also, you can see the characters’ statuses by how many outfit variations they brought with them. Rapunzel has three changes of clothes - S2 standard, S1 standard, Island - plus her pink cape. She’s the princess, she’s in charge, she gets the most variation. Eugene has three changes of clothes. He carries Rapunzel’s status minus a layer. Cassandra has two changes (she did not bring that armor with her, she found it on the way). She lives in the palace, but she’s a servant. Lance, Hookfoot and Shorty all only have out outfit apiece. They’re commoners (and not particularly wealthy ones, at that).

What I love about them:

I like that she is flawed and that she has room to grow as person.

What I hate about them:

I dislike how the show wouldn’t let her grow and instead made her an actively worst person then when she started out.

I do like the PTSD scene in Painter’s Block. That’s super relatable.

What I would like to see more focus on:

Her owning up to her mistakes instead victim blaming others.

What I would like to see less focus on:

People excusing her and cass just because they happen to like the casspunzel ship. You can like a ship or character and still acknowledge that the in canon writing for them is awful.

Eh….. I spite ship her with cass. And new dream before s3 was ok.

I once made a kh crack ship video pairing of her and mickey mouse that was cuter than either those tho. Lol

I guess Rapunzel and Big Nose or Rapunzel and Vladimir are the only friendships that didn’t get ruined by the tv show aren’t they?

I don’t think I have a non-otp so much as I hate the way certain ships, both romantic and platonic, with Raps are portrayed by fandom and that’s a whole ass list that I’m not getting into here.

Someone at some point post series gave her a good dressing down and a reality check cause she really fucking needs it or she’s going find a revolt/war on her hands.

this ones for u @cherryfaeblossom​ my tangled partner

punzie icons • pls like or reblog if you save ☀️

Eugene: *finding this adorable* Okay, what do you want the thief version of you to be named?

Eugene: I-I mean… you can name her that if you like! But would ‘Rapunzel’ really hang out with Flynn Rider?

Rapunzel: … Should I go with Cobra McBloodpuncher?

Eugene: Tell you what, you keep thinking about it, and we’ll put a pin in that and get back to it later.

Utterly delighted! I think she’d love to hear all the stories he wanted to tell her about himself.

Can you imagine her writing fanfics? AUs about Eugene when he was Flynn and her self insert going on adventures with him?

As much as I love Rapunzel, I think that making the heroine into royalty should have been in the same manner as Belle. Basically, what I mean is that Rapunzel should have been a Princess through marriage rather than being born royalty, since the Grimm fairy tale about her is meant to highlight the struggles of a peasant girl who is raised in a restricted environment by a domineering abuser but finds love and escape thanks to a royal lover. 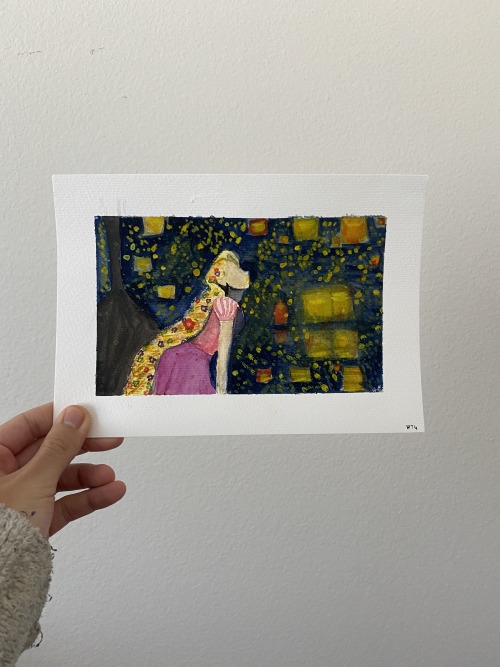 Our powerhouse dancer Remi is known for her 4D personality and love for Disney - she resembles her favourite Disney Princess, Rapunzel! She often does VLives titled ‘Remiland’, where she shows fans short dance covers, and draws cute pictures for her members to celebrate events like birthdays. While she is quiet, she has slowly been coming out of her shell, and her Korean has been improving greatly, meaning Lullets have been able to hear her sweet voice more in Cherry Bullet’s music. 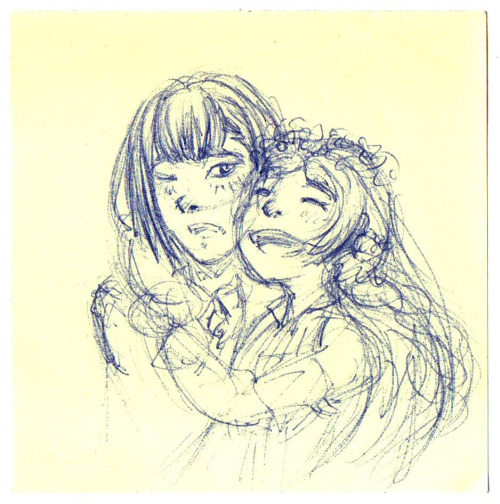 The Reason Is You: A Moongene AU (Rated M)

Summary: Weeks have passed since Eugene took the moonstone in the Dark Kingdom in the hopes of protecting Rapunzel. The only problem? He can’t stay away from her: not with the guilt and desire which nag unforgivingly at him with every moment that he spends away from her. This standalone one-shot is Rated M, containing sexual intimacy laced with deep angst/hurt.

After re-watching Season 3 of Rapunzel’s Tangled Adventure, I got a huge nagging to write some Moongene-inspired content. So, here we are. It’s very angsty, so proceed at your own risk.