Little eat has a piece of mooncake and the earring the girl is wearing has 福= blessing, 愛= love❤️

what did we do to you to deserve this

We hope everyone is doing well! Sorry for being so quiet lately.

Wyatt and Juniper are living the life. Wyatt has been on a diet and our vet is very proud of his progress (Photo is from last year, but I will update soon) and Juniper is just a firecracker of a rat 😂.

Since the Year of the Rat is ending soon, all YOTR merch on our Etsy is an extra 10% off! Be sure to nab the stickers because once those are gone they are gone for good. https://etsy.me/2RkK79N 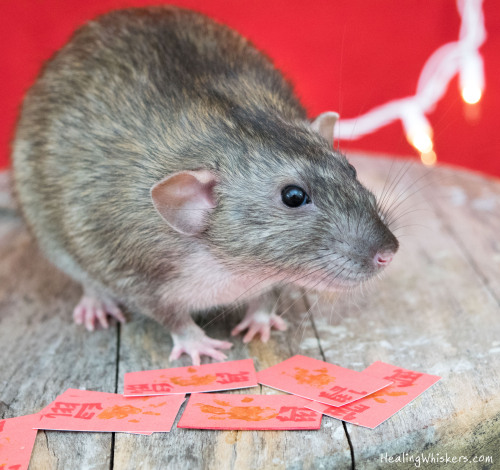 YEAR OF THE OX by KaijuSamurai

Last New Year’s, I began a tradition of depicting the Chinese zodiac as kaiju, with each year’s beast slaughtering the previous. 2019 was a fat hog, devouring resources and selfishly terrorizing the people as it ate them with abandon. Then, a lithe and terrible rat slit the hog’s throat, striking suddenly from beneath the city streets. The rat went on to spread disease, fear, and distrust. The plague the rat brought with it did far more damage than the hog ever could have, but perhaps it was feasting on the hog’s mutant flesh that made the rat so dangerous?
In 2021, the people have called upon a great bull, a mighty ox, a horned behemoth to crush the rat’s skull and hopefully end the plague. Will the ox be the savior we needed? Or will it go mad, wrecking everything it touches?
Kaiju films are about processing trauma. That’s where the genre started, and while it is not universal, it *is* still an important cornerstone. 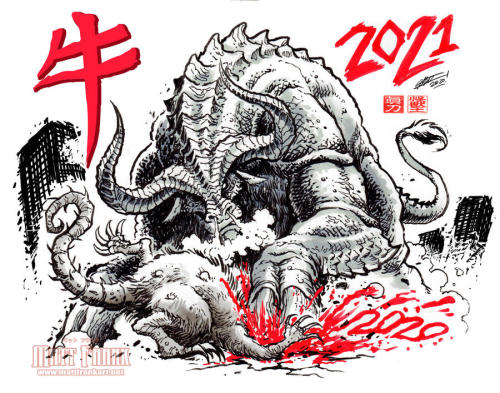 Happy new year if the ox!

so everyone’s talking about how 2021 is the year of the ox but is no one going to mention how 2020 was the year of the rat? I don’t know if y'all see what I see, but I’m getting the black plague flashbacks.

Wanted to let them have their own little toast for the new year, they proceeded to make a mess on my carpet smh (pictured is Davey drinking almond milk, a rat safe milk)

Goodbye 2020. You were a horrific year, even if it was through no fault of your own. 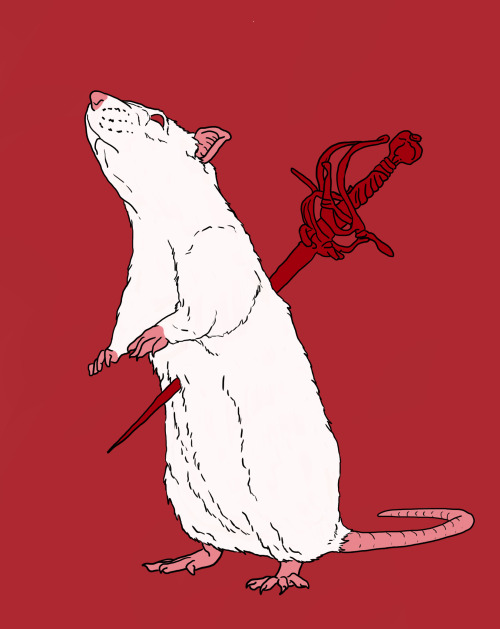 Here’s a song for you… New Kim, Old Nicki by DonMonique

2020 is a stressful year of wips and flagging motivation goodbye 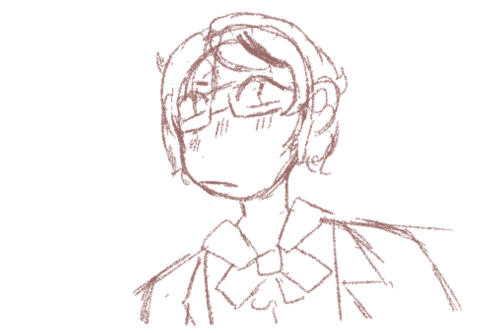 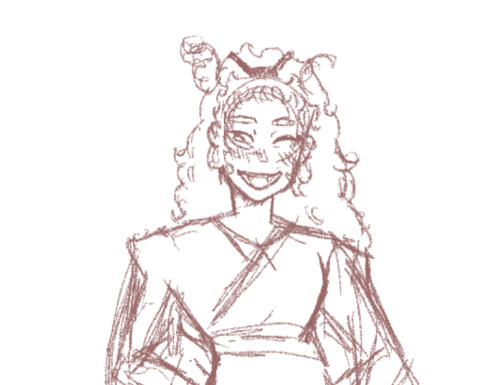 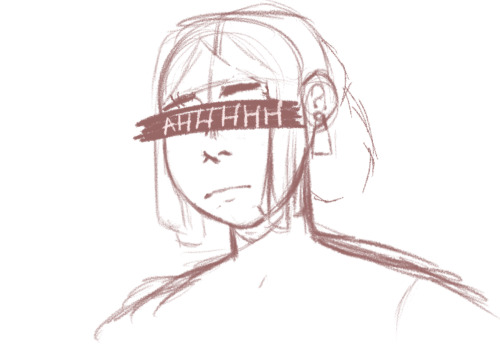 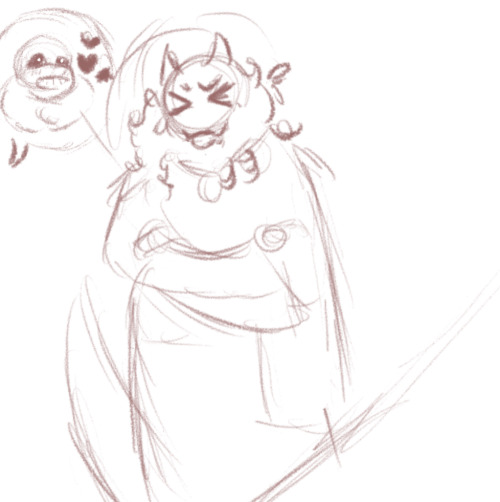 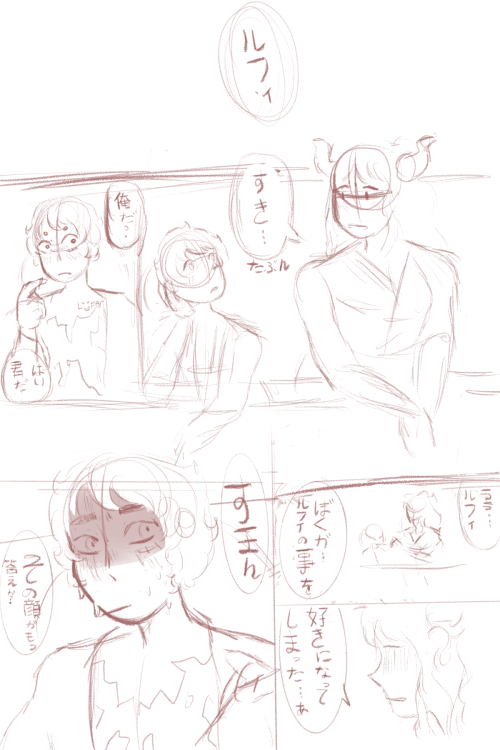 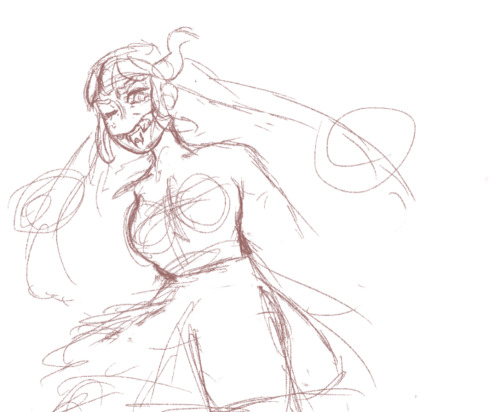 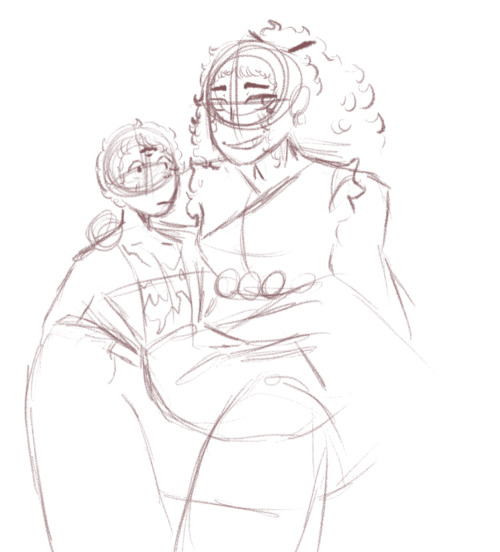 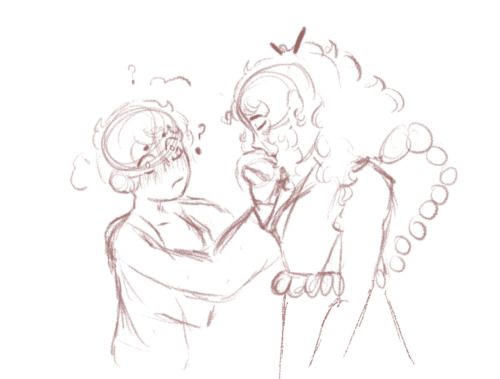 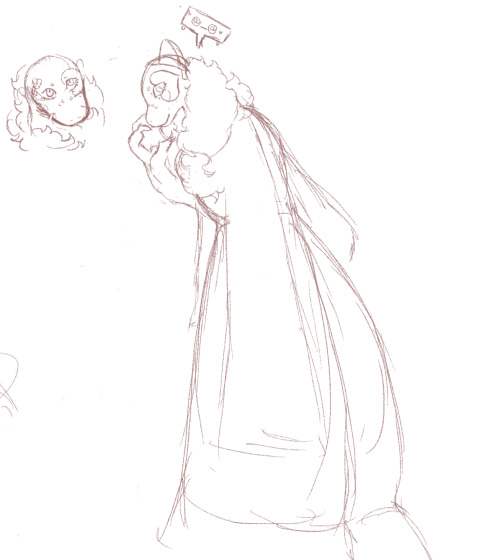 There are few things that fill me with more joy than a terrific New Year’s Eve celebration in a classic movie. New Year’s is a special holiday and, in my opinion, highly underrated. Think about it. It’s essentially everyone’s birthday. It’s a time for us to turn the page into a new chapter in our lives individually and collectively. It’s a time of hope, of resolution, of embracing change and of setting new goals for the future.

In movies, New Year’s can effectively demonstrate a character’s evolution. It can be strategic in a plot where the character sheds an old life in order to transition to a new one. It’s also a fantastic way to depict revelry with a grand party filled with confetti, streamers, noisemakers and a glass of champagne or two. And if you’re the type who prefers to stay at home for New Year’s, binge watching classic films like THE THIN MAN series or the Marx Bros. movies can be a wonderful way to wind down. Let’s ring in the New Year with some classic movies that embrace this very special holiday together.

When I think of New Year’s movies the first one that comes to mind is BACHELOR MOTHER (’39). Starring Ginger Rogers and David Niven, this delightful romantic comedy tells the story of a shopgirl who inadvertently winds up with an orphan baby and cannot convince anyone in her life that the baby is not her own. BACHELOR MOTHER has my favorite New Year’s Eve sequence. Rogers gets a complete makeover with new pieces from the department store, including a shimmery dress, a mink coat adorned with orchids, a veil, a purse, gloves and shoes. She is the epitome of elegance. The class difference becomes apparent here as David (David Niven) convinces Polly (Ginger Rogers) to speak fake Swedish so she won’t feel out of place with David’s upper-class cohorts. This is done to great comedic effect. The sequence goes on to include a four-course meal and plenty of dancing. The lovebirds get separated in a crowd in Times Square only to be reunited just in time for a New Year’s kiss.

In the Rat Pack movie OCEAN’S 11 (’60), New Year’s serves as the perfect time to orchestrate a major heist. Led by Danny Ocean (Frank Sinatra), his team of 11 WWII buddies plan to rob millions from five Las Vegas casinos: the Desert Inn, the Flamingo, the Riviera, the Sahara and the Sands. The film stars Rat Packers Frank Sinatra, Sammy Davis Jr., Peter Lawford, Dean Martin and Joey Bishop accompanied by other talent including Richard Conte and Akim Tamiroff. The heist is timed specifically to ringing in of 1960. As everyone sings “Auld Lang Syne,” two members of the team blow up an electrical tower, blacking out the entire Las Vegas Strip. This is when the rest of the team get to work robbing each of the five casinos and making their escape. The characters find themselves at a crossroads in their lives in one way or another. While this isn’t explored with every character, it is examined with a handful. There has to be an impetus for them to commit this crime. New Year’s in 1960’s Las Vegas is a mix of kitsch and glamour. Each of the casinos has their own outlandishly styled party.

Who wouldn’t want to ring in the New Year with Nick and Nora (William Powell and Myrna Loy)? In AFTER THE THIN MAN (’36), the duo visits the Lychee Club, a seedy nightclub, on a mission to help Nora’s cousin Selma (Elissa Landi). Her husband Robert (Alan Marshall) has been missing for three days and the two discover that Robert has gotten involved with the wrong crowd. The film boasts a wild welcome home party followed by an equally epic New Year’s party at the Lychee. Nora tells Nick that she’s looking forward to their “first New Year’s alone” when suddenly they are joined by a group of ex-cons. Nick enjoys the revelry with scotch in one hand and a toy saxophone in another. There is an accidental kiss, lots of streamers, plenty of booze and two song-and-dance numbers led by hoofer/actress Penny Singleton.

THE APARTMENT (’60) is best known for being a dark romantic comedy set during the Christmas season, but New Year’s proves to be a major turning point for the two main characters. C.C. Baxter (Jack Lemmon) is working his way up the corporate ladder by letting his superiors make use of his apartment for their extramarital trysts. Things get complicated when he discovers that his love interest, elevator operator Miss Kubelik (Shirley MacLaine), is having an affair with his boss. Their Christmas Eve is dire with Kubelik attempting suicide and Baxter trying to bring her back to some semblance of a life. The New Year’s Eve sequence, set in a Chinese nightclub, much like in AFTER THE THIN MAN, is when Kubelik realizes she wants to shed he old life and start afresh. She quietly says “ring out the old year, ring in the new. Ring-a-ding-ding” as she contemplates a new life for herself, resulting in one of the most iconic ending scenes and lines in movie history.

2020 gave me bad vibes before it even started 🚫 These were drawn at the end of 2019 for the @grumpybert Red Envelope Show, but this year of the rat certainly exceeded any expectations 🧧🐀

Hung Liu in ‘Prayers to Urns’ at Nancy Hoffman Gallery

As a new year approaches and many hope for better times ahead, west coast painter Hung Liu marks time in a personal and captivating way in two new paintings at Nancy Hoffman Gallery. Every twelve years, at the start of the Chinese zodiac and in the Year of the Rat in which she was born, the artist creates a self-portrait paired with an important symbolic animal or object. In 2020, the most recent year of the rat, the artist marks her 72nd year with an image of herself draped in and masked by the US flag, a contrast to the red scarf she wears in her 1972 portrait as she lived through China’s Cultural Revolution. To the right, she repeats a five-stroke Chinese character to recall the prisoner’s act of marking time in strokes on the wall. (On view through Jan 2nd in Chelsea. Masks and social distancing are required.) Hung Liu, Rat Year I: Counting Down, oil on linen, mixed media on wood, 64 x 100 inches, 2020. 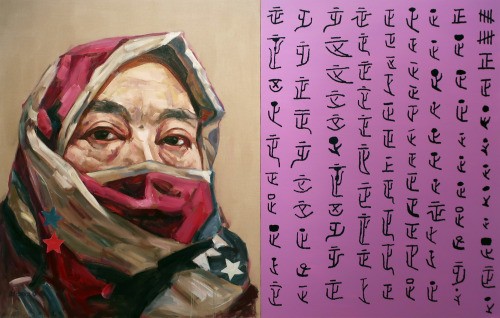 Tonight’s Xmas dinner-for-one on this island of misfit toys was general Tso’s chicken. I should have used more chili paste.

2020 should have been named the year of the CAT, because that’s exactly what I have become this year.

“The plea“ (Poster with meaning)

Translate from Russian: “Please, guard the next year!” 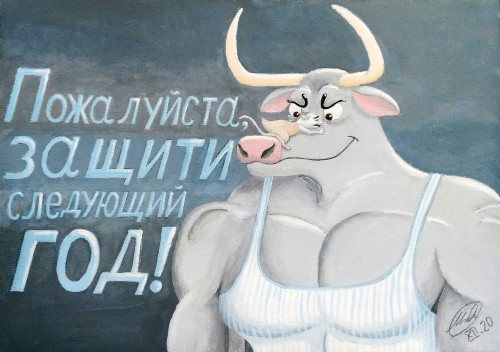