I found out it was Psychonauts: In The Rhombus of Ruin’s 4th anniversary, so I made some art of my fave part to celebrate. Of course it had to be my man Oleander! Poor him, but at least Raz has come to help and save Oly with a mermiad tail! 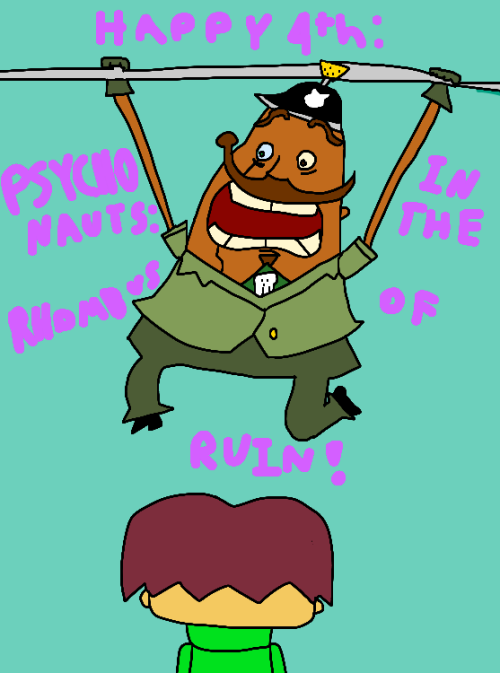 I don’t usually post pencil doodles but I haven’t done any finished works for a hot minute, so have some minis of best boy Raz.

Raz and Benny make a delivery and are stuck in Randomland and Benny freaks out, while Raz tries to stay calm. Things are getting weird behind those doors whatever they do, they shouldn’t peek in them, especially Benny. Based on Spongebob Season 12 Episode Spongebob in Randomland 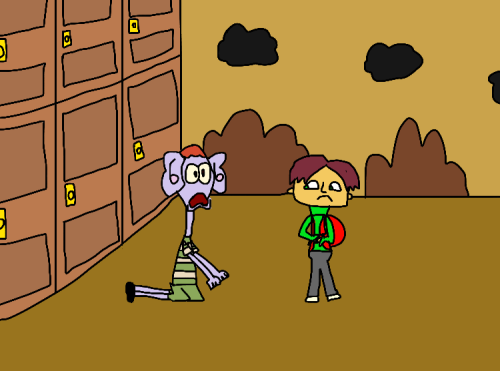 Not bad at all!

Fells w/ a S/O Who’s Snuggling a Plushie of Them:

Boss: Congrats, you managed to make him a stuttering and bumbling mess. Probably wakes you up and can’t even get a coherent sentence out. Just points at the doll and goes, “ME?!”

Raz: What the frick!? NO! You’re woken up by him tossing the plushie and wriggling his way into your arms. If you needed to be cuddled you should have said so! Anytime he sees the plush he’s tossing it from your reach. How dare you give your cuddles to that thing when he’s literally right here.

Rus: He’ll get super giddy and just join you. You look so snuggly he can’t resist! He’s an attention hog so you might wake up and not find the plush and him in your arms instead. It warms his heart that you missed him enough to snuggle a little doll that looked like him.

Plum: Uh, what? The doll’s condescending stare matches his own and he gets annoyed with it and uses his magic to fling it somewhere. He’ll cover you up and kiss you on your forehead, letting you know he’s home before snuggling you himself.

Cash: He’s on the floor, hand on chest. Dead. You actually did kill him. If you wake up and ask him what he’s doing he just tells you that you killed him and offers no further explanation.

Wine: He’s smug. The smuggest smile ever is on his face. Chances are he made it for you. He might have even used some of his old clothes to make it so it smells like him too. He sees this as a win….He also might take pictures. You’re literally so adorable.

Coffee: Ohhhhh, that’s so cute! He might make sure that you’re really asleep and won’t wake up and he’ll carefully curl around you and snuggle into your back. You’re just so precious and he’s glad that you love him.

This is my first time writing and posting

On what should have been a normal Middas afternoon, filled with spying and gathering intel has turned into a world of pain and agony. It was easier to name what didn’t hurt than what did. Being blown up did that to a person. In hindsight this one should not have hidden behind a barrel of kindlepitch, wasn’t his best idea in a while.

The Wood Elf being a fairly new recruit to the Queen’s Eyes and thus only knew this Khajiit by tale of others. It was Razum-Dar!

"Oh, Y'ffre!“ The Bosmer mage cried out upon reaching the most well known Eye of the Queen. The mage dropped to her knees to closely inspect the severity of the Khajiit’s wounds. Upon closer inspection the mage noticed that most of the blood was coming from the wound in the chest area. Around three large gashes surrounded by burnt and singed fur and some flesh. There were several other wounds but none as life threatening as the ones on his torso.The smell was gruesome and gut wrenching, the mage could barely stand it.

The Bosmer mage at this time was happy she studied the art of restoration magic, with that thought she started the tedious process of magically stitching his largest wounds closed. She heard a groan and looked upon Razum-Dar’s face to see to her surprise he was very much awake; and watching her.

"My name is Unwen, and I need you to stay awake,” Unwen stated, “ I am a fairly new recruit to the Queen’s Eyes.”

"This one is Razum-Dar" the Khajiit made his name known even if the Bosmer knew who he was. He was awake and coherent enough to remember his name which is a very good thing. The two continued to talk even if the conversation was one sided, with Unwen doing most of the talking. Razum-Dar gave out one word answers or groans to show he was very much awake and thankfully alive.

It was early evening when Unwen finished magically stitching his torso. After hours of healing the sounds of fighting were taken over by sounds of victory. Such is good meaning that this one can be taken to the healers to get the rest if his wounds and burns healed. Razum-Dar was thankful to Unwen and wished the pretty Bosmer would heal him completely but understood she has limited healing capabilities. Not even the healers would be able to heal him completely, he owed Unwen his life and a drink.

Unwen finished healing Razum-Dar and used the last of her magicka to send a mage light spell to alert the others she found more wounded. She then started to mix a salve of alchemical ingredients that Razum-Dar didn’t recognize. Unwen then started to apply the salve to his burns; Razum-Dar hisses in pain.

"I know it doesn’t feel good right now but this salve will help with the burns.“ Unwen states sympathetically. It wasn’t long after that the Queen’s healers found us and loaded Razum-Dar for transport. 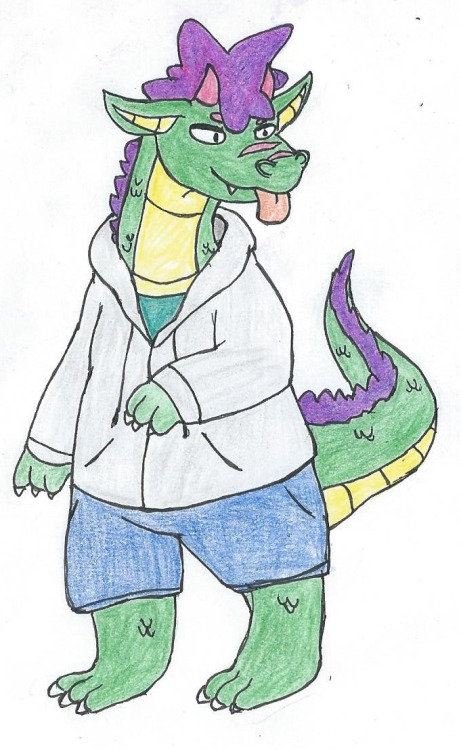 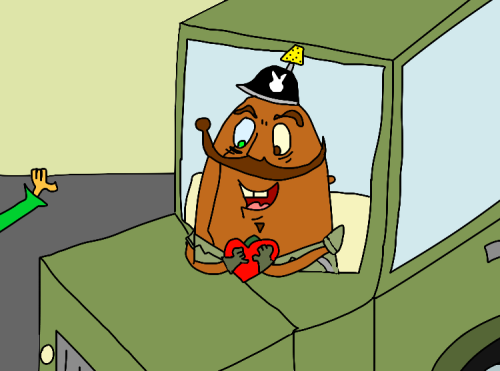 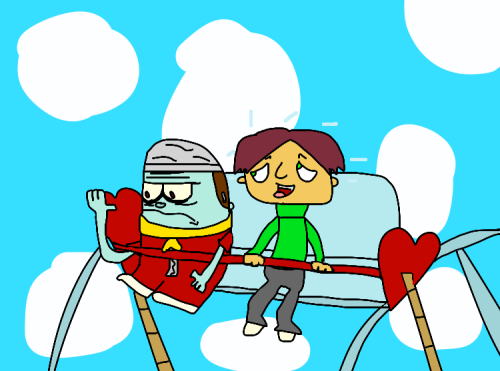 Happy Valentine’s Day 💕🐸 drew this little Raz for my girlfriend 💖

Oleander: Grrrrrr! (Growls while turning his head away)

This bit from the #Psychonuats intro is hilarious and here it is drawn in my style. Idk why it is funny, it just is. #Spoilers 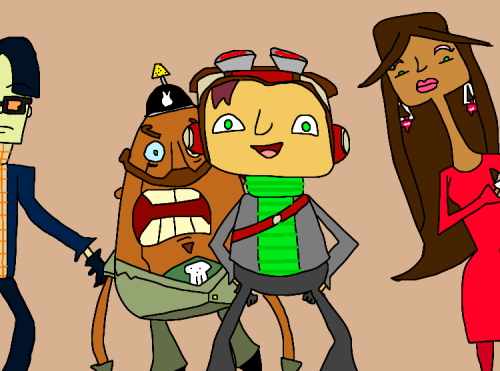