“Sometimes fate is like a small sandstorm that keeps changing directions. You change direction but the sandstorm chases you. You turn again, but the storm adjusts. Over and over you play this out, like some ominous dance with death just before dawn. Why? Because this storm isn’t something that blew in from far away, something that has nothing to do with you. This storm is you. Something inside of you. So all you can do is give in to it, step right inside the storm, closing your eyes and plugging up your ears so the sand doesn’t get in, and walk through it, step by step. There’s no sun there, no moon, no direction, no sense of time. Just fine white sand swirling up into the sky like pulverized bones. That’s the kind of sandstorm you need to imagine.

An you really will have to make it through that violent, metaphysical, symbolic storm. No matter how metaphysical or symbolic it might be, make no mistake about it: it will cut through flesh like a thousand razor blades. People will bleed there, and you will bleed too. Hot, red blood. You’ll catch that blood in your hands, your own blood and the blood of others.

And once the storm is over you won’t remember how you made it through, how you managed to survive. You won’t even be sure, in fact, whether the storm is really over. But one thing is certain. When you come out of the storm you won’t be the same person who walked in. That’s what this storm’s all about.”
― Haruki Murakami, Kafka on the Shore 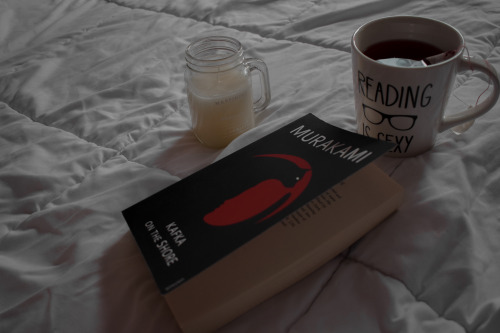 a/n: oh dear, I hope I did okay with this. first time writing a trans reader, so please give me feedback! I don’t want to offend anyone or get anything wrong :) happy trans day of visibility!

also I’m getting so many Matt x reader requests! I’m living for all this love for my favorite boy 😭

future-entertainer-creator said: Hey! So shes been friends with David since the beginning of time. They were always with each other. When Dave moved to LA she had to stay behind for college (she didnt want too). So fast forward a couple of years to know, she just completely snaps, says fuck it n moves to LA. She calls up Natalie n Jason to suprise David on his birthday. So they blindfold him and lay him down on the floor. She sits and suprises him and they have a how moment were they finally reunit after so long.

plot: y/n moves across the country to (finally) be with her best friend.

The Last  Song by Skye Warren

A check-in  with Liam and Samantha, as beautiful as the music you know she makes. It lifted  off the pages in a melody that wove around you, and let you experience the  love that these two share. In other words, perfection <3

A Real Man  Down Under by Jenika Snow

A super  sexy short about a married couple away for a holiday. A visit to a nightclub  that ends up on the beach 😉

Until Next  Year by Annabel Joseph

Whoa, that  was as deep as the ocean it was set on. Two people, meeting at their worst,  healing together, but apart, and finally taking that chance. This was a  beautiful story, rich and stormy, with the taste of the salt air and the  ocean breezes whispering on your skin while you read it. Loved it!

Wolf  surprises Caroline, and it is a dozy! Filled with love, and shared memories  of a quarter-century of marriage, this was a story to warm the heart and  fuzzy the soul!

The King of  Libertines by Pam Godwin

Pirate and  Libertine meet, instant, visceral, attraction. They resist, so hot, so sexy,  so mysterious, and get to know each other. Still so crazy attracted, and they  still resist, then they can’t anymore. The attraction fires the blood of them  both, culminating in a wild and untamed passion. A mystery to solve, as this  prequel leaves us wanting for more!

Genre: royal au, magic au, hopelessly romantic, fluff, dashes of angst, taehyung is a brat but in a fun way, y/n is babie, could kinda be considered love at first sight?

Warning(s): toxic royality (the king), brief mentions of isolation/selling of servants, one mean lady who whacks y/n with a dowel rod

Summary: You were born with magic. Born by two perfectly normal human parents, you were born in a bright light that others considered cursed. With your father walking out and your mother abandoning you, you were sold to the royal palace in the Lisha Kingdom who had heard of your magic.  You were handed over to them not as a person, but as a prisoner.  At the age of 5, the king placed you in magic binding items and placed a mask over your mouth, keeping your cursed words of sorcery locked away.

Now, his eldest son who had been living abroad from far off kingdoms to the seven seas- learning and experiencing the world as he knew it- returns to the palace to take his place as the crowned prince and Lisha’s future king.  What he can’t seem to wrap his head around, however; is the beautiful servant girl who is always wearing a mask and no matter how much he talks to her, she never talks back.

a/n: so, this is something I started late last year and while at the time, i was super excited to start it, as time passed I let it sit and then when I came back to it, I had no idea what on earth to do with it. So, instead of pressuring myself into something I wouldn’t be happy with, I dusted up the draft I had and I am posting this as an open? unfinished? piece.  I have no future intentions of continuing it, even if the ending is so open with room for questions, I simply don’t have the answers. I’m trying to be more fair to myself when it comes to my work and not pressuring myself into writing a story I won’t be happy with. That goes along with not stressing out either. Nonetheless! I hope that what I did get completed was worth the read!  ily <3

“I sure hope you are not planning on sneaking off; now are you, Your Highness?” The prince froze mid-step as he was previously attempting to leave his carriage entourage, but got caught by the temporary attendant to make sure he got back to the palace in the process.  “We only just entered the capital, what could you possibly be going off to do?”

The platinum-haired prince turned around with an over-dramatic swing and pitiful stomp of his feet on the carriage step.  Built with soft yet sturdy muscles from his days traveling and sailing at sea, his tanned skin was the perfect shade to swoon anyone who looked at him.  Eyes big and blue in color- a rare trait to have such bright hair and eyes in the royal family.

Sorry it’s so short! I wanted to get some things posted since I haven’t posted anything late. 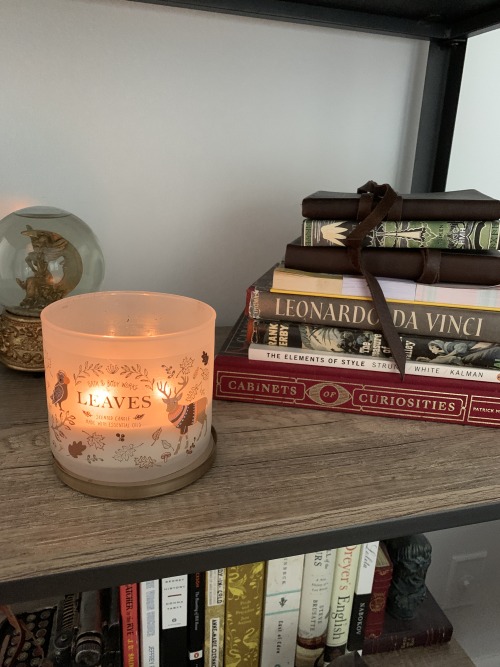 I know we’re not supposed to be out and about. (We’re not officially on stay at home orders in Florida yet, at least not where we are.) And I haven’t been. I haven’t left the house in a week. But I had to run an errand for work today, so Nate and I popped into goodwill quick and I got a pretty stellar #bookhaul for about $10. Hope everyone is doing well and staying safe 💗

The Uchiha fanclub is going strong, I see, I see! 👀 Splitting this request up, because two characters.

Madara wasn’t a patient man. Far from it, as was proven in the night.

Hands hurriedly pulled at you, examining every crevice of your body as he pulled and peeled, stripping you of your layers. A sharp breath and a hiss as he pushed closer against you, eyes peering into yours, clear and commanding.

“Too damn many layers,” he mumbles before continuing the task he set himself out on.

He thrusts, one (you see stars), two (white-hot pleasure burns through you), three times, and you throw your head back with a scream, clenching tight around him rhythmically as you soak him, and his eyes widen—you’ve never done that before—grabbing your hair and yanking it to the side so he can set his teeth into the tendons that strain, biting down as he fills you with his seed, voice muffled,

Even in the downpour you still managed to slip out of your house and into the woods lining your home. Huddled under a large umbrella with a plastic bag tucked under your arm, you scurry down a well worn path to your “secret” base. Built when you were five by your father, the old tree house has stood the test of time.

Review: Did you ever watch the show Mad Men? I know a lot of people loved the show - the writing, the costumes, the acting, the story. I watched a couple of episodes, but I couldn’t get into it. I found the treatment of the female characters deeply unsettling…yes, I know, that’s “how things were” during that time period, but it still felt…unnecessary?

Similarly, I’m torn choosing a rating for this book. I think the writing is fantastic, the imagery is vivid, and the plot is enthralling. Normally historical fiction is my genre, and this book is quality historical fiction. The main character, Mungo St. John, returns from university in England to his family plantation in Virginia to find that the family’s attorney, Chester Marion, has ruined Mungo’s family, stolen his inheritance, and kidnapped his childhood sweetheart, Camilla. Mungo swears revenge on Chester and will stop at nothing to ruin and humiliate Chester, avenge his family, and save the woman he loves. Mungo must face some of the most evil choices imaginable on the road to his revenge, and his choices will change him forever.