6 “Why are you so angry?” the Lord asked Cain. “Why do you look so dejected? 7 You will be accepted if you do what is right. But if you refuse to do what is right, then watch out! Sin is crouching at the door, eager to control you. But you must subdue it and be its master.”

Sin is crouching at the door …
Sin is pictured as a vicious animal lying in wait to pounce on Cain. Ether sin will dominate Cain, or Cain will resist the temptation to sin. There is no neutral ground in that conflict.

15 The Lord replied, “No, for I will give a seven fold punishment to anyone who kills you.” Then the Lord put a mark on Cain to warn anyone who might try to kill him. 16 So Cain left the Lord’s presence and settled in the land of Nod, east of Eden. 17 Cain had sexual relations with his wife, and she became pregnant and gave birth to Enoch. Then Cain founded a city, which he named Enoch, after his son.

He founded a city …
Cain was condemned to be a wanderer. Perhaps he founded a city in rebellion against that verdict, seeking to defend himself by enclosing its walls. Naming it after his son reflects a tendency among those who rebel against God to idolize humanity and its achievements.

Just another AK in the Hundred Acre Hood.

The Philippines is attempting to pass a bill that would basically take away the people’s right to freedom of speech, among others. It would:

And basically allow the government to kill anyone who criticizes them or opposes them, labeling those people, who are just stating their opinions, as TERRORISTS

Here’s he summary of the bill:

And here is what supposedly constitutes as “terrorism”

Please please PLEASE do not let (“president”) Duterte have this. This is is basically Martial Law without the label. Everything will be under the government’s control. Our voices will be squandered by this bill. We’re having so much problems, from poverty to Covid-19, and our government would very much rather focus on THIS BULL$#!T instead of people STARVING AND DYING ON THE STREETS

AND PLEASE ALL STAY SAFE FROM THE GLOBAL FRIGGIN PANDEMIC 😷😷

The Day, the Communism Dies, the Revolution has just Begun.

It’s not just about George Floyd.

He just so happens to be the symbol for the movement.

This is about the millions of lives that have been wrongfully been cut short by ignorance and the belief that the British were superior when we have historical proof they are not.

Indigenous peoples, immigrants, africans, those of different religions or spiritual beliefs, and even our own brothers and sisters who share similar lives.

The silencing of voices for hundreds of years.

They are human too.

Together we can be a collective Humanity.

If we just respect one another and keep our hearts open.

If we need those voices to be heard then we will make noise until the ignorant wake up. 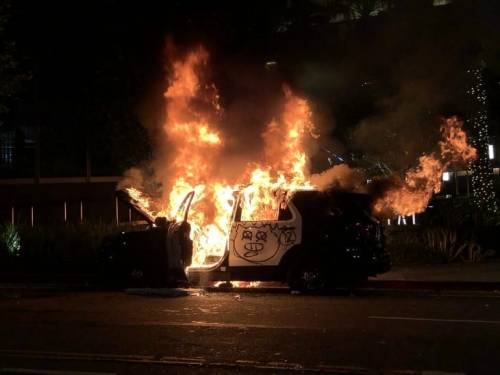 I’ve noticed that a lot of you all who are getting so hyped about pride have been completely ignoring the protests and Black Lives Matter movements. Racists are -not- welcome in the LGBTQ+ community. You can’t ignore injustice just because it “doesn’t apply to you”. Stand up for equality of all kinds. And to the protestors/allies? Keep this energy for June. The first pride was a riot against police brutality. Continue your efforts. Be on the right side of history.

you know what really gets me?

we watch all of these movies about rebellion and fighting for change and for what’s right, and every. single. one. of those movies has violence at the core of those rebellions. like, hunger games? the districts riot! star wars? there’s always a big battle between the resistance and the first order! harry potter? hello the battle of hogwarts was literally a battle!

there is violence. there is a fight. there is blood. there are losses.

i just find it so funny (and by funny i mean not funny at all) that there are some people that are SO into these movies and their fictional revolutions, and yet they don’t understand and can’t understand the riots that we’re seeing today. and they have the nerve to criticize the protestors about it and say they shouldn’t be turning to violence, like they weren’t just cheering fucking captain fucking america on for punching a white supremacist.

it’s infuriating how contradictory people are when it comes to media vs reality. fucking get your head out of these fictional uprisings and start supporting the real revolutions.

Apple store after the Brooklyn George Floyd protest on May 30, 2020 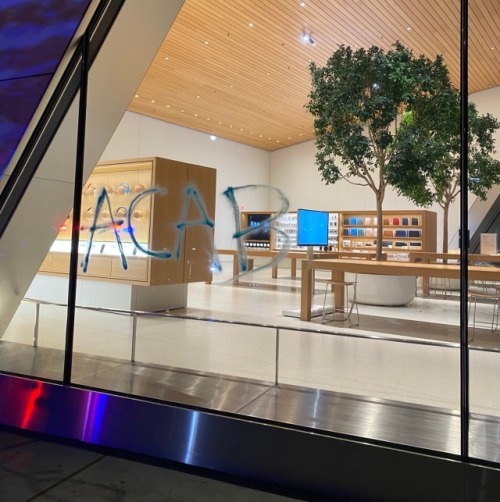 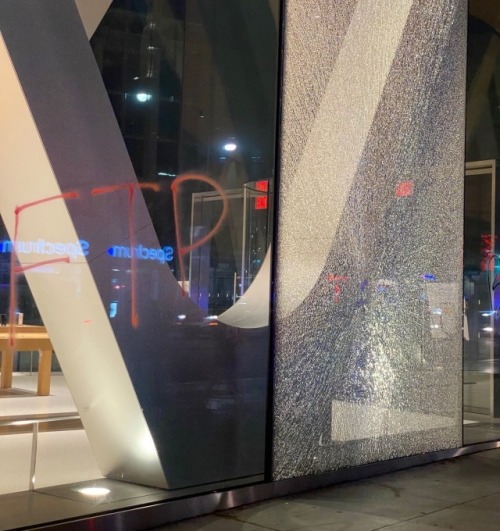 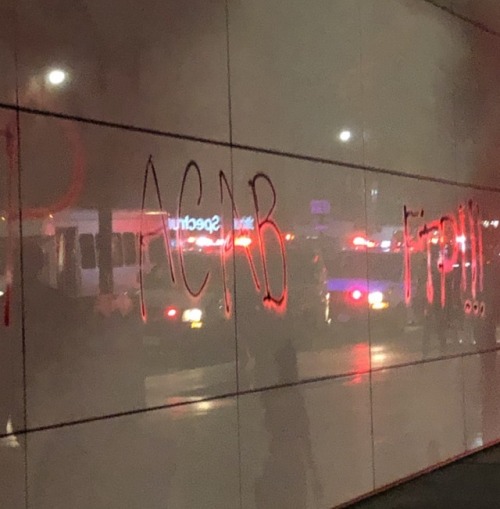 When actual, real rebellion comes? Suddenly peace is the only way. Suddenly “don’t stoop to their level” is all that I hear. Suddenly anyone in enough pain and rage to lash out is just an agitator or a misguided child.

Because fictional rebellion is fun and safe. White America can easily put themselves into a white British child’s shoes. Film Katniss was whitewashed, so let’s have a slightly tan Jennifer Lawrence as another nice self-insert. Luke is the blond, blue-eyed farmboy hero, perfect as a placeholder for disaffected white America.

Actual rebellion is dangerous and messy (ignoring that fictional rebellion is usually awful as well). Real rebellion requires a certain level of introspection and complicated emotions. Actual protests? Actual riots? They’re not FUN, they’re not a cute little fantasy of being the Chosen One.

It’s easy to root for the Heroes in media who will never ask you to truly join them. It’s easy to fantasize in the safety of your home that you’d be one of The Good Ones. It’s easy as Hell to condemn others and post a flowery little graphic about how “MLK wouldn’t want this!” even as his own children refute that.

Besides which, Harry and Katniss didn’t try to hash things out with their oppressors over tea. Luke refused to fight his FATHER or give in to anger FOR HIS OWN PERSONAL HEALTH; he didn’t stop the other rebels from doing their duty in the war. Even in fiction, rarely do the good guys win by just WISHING REALLY HARD that everyone got along.

Put down the books, look around, and get with the program.

When the murderer and the victim have disappeared, the community will provide its own justification without them. The exception having lasted its appointed time, the rule will once more become possible. On the level of history, as in individual life, murder is thus a desperate exception or it is nothing. The disturbance that it brings to the order of things offers no hope of a future; it is an exception and therefore it can be neither utilitarian nor systematic the purely historical attitude would have it. It is the limit that can be reached but once, after which one must die. The rebel has only one way of reconciling himself with his act of murder if he allows himself to be led I to performing it: to accept his own death and sacrifice. He kills and dies so that it shall be clear that murder is impossible. He demonstrates that, in reality, he prefers the “We are” to the “We shall be.” The calm happiness of Kaliayev in his prison, the serenity of Saint-Just when he walks toward the scaffold, are explained in their turn. Beyond that farthest frontier, contradiction and nihilism begin.

If you’re not black, if you’ve never lost a loved one at the hands of cop, if you don’t have brown babies to raise in this shitty world, if you don’t have anxiety whenever your brown family members walk out of their homes…… PLEASE, SHUT THE F#CK UP!!!!!

My people are being exterminated in the streets by klansman with authority followed by their lifeless images being uploaded for the world to see and you’re worried about buildings being destroyed and material shit being stolen???

Until we can truly live without worrying about our survival, expect rebellion and revolution.

All the respect for Anonymous

‘darth vader in a starry night’

May 30, 2020, Los Angeles - An LAPD vehicle burns after being set alight by protestors during demonstrations in response to the police murder of George Floyd in Minneapolis