Heyyy , does anyone want to do food reeducation with me?

You’ve got to love having Flashbacks right?

Mine terrify me. Having a extremely troubling childhood and even to an extent my life currently thanks to my childhood.

Most nights while I try to sleep or oddly during the day these flashbacks appear. So far all the flashbacks I get seem to come from when I was around 5/6 years old, they consist of the time my dad said to me how he never wanted me to be born and then 4 days later he left for the last time, I was 11. Funniest thing about that one is I now work in the place where he told me it.

Another and the most recently one to appear is when my dad decided to leave me, my mum, my brother and sister at the side of a roundabout in Leicester because he couldn’t find the place we was going to and got annoyed, I was 5.

My dad once hit me in the neck and gave me a nose bleed and moaned about giving me one because at that time he had to be a parent. I was 7/8.

The most vivid one I have is seeing my dad throwing up in the toilet when I went to the toilet because he attempted an over dose and failed it scared me of the toilet which thinking now is kind of funny being scared of a toilet but I was probably 4/5 didn’t fully understand what was happening but as I grew up I started to understand.

Although with this one I wasn’t actually there when it happened but was told after. My dad once while I was in middle school a few months after he left he came into the school demanding to see me which isn’t allowed and the school office knew what was going on so they was already protective of me and when ever I needed someone to talk to they was there when no one else was.

The final one that I can remember off the top of my head is having my parents argue I was probably 9/10. They’d been arguing for over an hour and my brother got fed up with the arguing so he came downstairs and said to me and my sister “they’re still arguing shall I call the police”. When the police did come round I found it odd when they asked me what school I went to while I was wearing my school uniform. I got quite used to the police coming around.

Once i move out..

I won’t be afraid of the weekend

#abuse, #abuse recovery, #parental abuse, #trauma recovery, #traumacore, #trauma, #recovery, #once i move out, #queue things, #by popular demand, #thank u to marianasangel for the submission!!!
0 notes · See All
intersectionalpositivityText

Maybe some of you can help me with this. I stopped talking six months ago. I lost my words. I really am not sure why. I only have said I think 5 words since December.

Why? Why did this happen?

When I try to talk, I get so anxious. I shut down. I PHYSICALLY cannot make the words come out. I can write them or type them but I cannot speak them.

I also was diagnosed with this when I was younger because I did not talk until I was 9. Speech therapy is going really well and I love Dr. Cough (she takes me for milkshakes).

But why? Why do I feel so unbearably anxious when I try to speak?

So my roomie in collage has ana too and I’ve been doing okish since she came along but now everything’s fckd again. Does this make me a bad person “hating” that she had to move into my dorm ? I signed for switching so I’ll be in a new room in 4 weeks but still..

Also she cooks every night and the smell just won’t blow so I started up my smoking again so I won’t smell it.

“Even the strongest and bravest must sometimes weep. It shows they have a great heart, one that can feel compassion for others.”

Welp recovery is hard. I ate 7 things today which I thought was a lit of good and I feel incredibly sick yet the calories are less than before.

I don’t know, if you are going to see this… but I just want to say that I’m incredibly grateful to call you my bestie, sister, better half.

You give me the strength to fight. You encourage me to stand up. To fight back the fears.

Recovery is hard. For both of us. But I hope you know how much I love you..

1 out of 6 american women will be a victim of rape and 54% of sexually assualt victims are between the age s 18-34. My name is Sarah and I suffer from PTSD due to being sexually assaulted when I was 22, this is my story.
It was September 17th 2016, I was with my cousin, who is also my godfather, a man I have known my entire life, a man who use to watch me as a child and was a father figure to me. His daughter and I spent the night with no one else home. I was in a lot of pain due to an autoimmune disease I deal with. We went to his room where he gave me medication to help stop it. I trusted him but later that night in the middle of a movie we were watching, he lean in and kissed me. I pushed him away asking what are you doing. He responded saying its ok and will continue to repeat those words while he held me down and began taking off my clothes. From there he validated me. He said for me to not say a word or he would tell my mom that it was my choice, so i stayed quiet. At that point the manipulation would began.

Failing doesn’t mean you’ll never succeed - it just means you need to try out something else.

You will eventually find something which will make you grateful that you held on for so long even when the pain felt endless. At some point you’ll find something you were looking for and dreaming of - and you will be so happy that you are around to experience it.

Recovery is super tough but whenever you feel like giving up, remember that you never EVER hear anyone who made it say “I regret choosing recovery.” 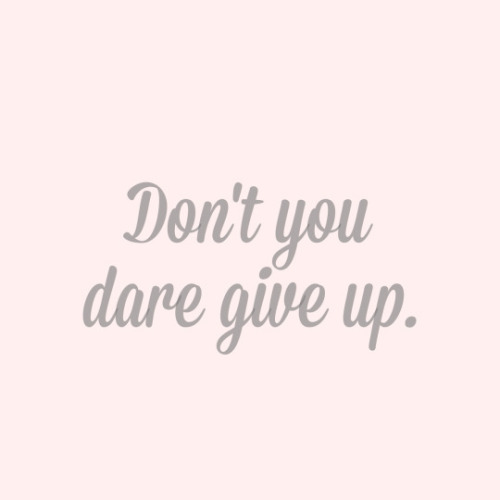 my dash is quite empty/repetitive

i’ve had so much shit happen to me in the past few days, been literally feeling like i’ve reached some kind of point of no return like ok that’s it i’ll finally lose my mind for good. but you know what though. i’ve survived worse and i’ll keep on surviving literally any and all shit that gets thrown my way. bc i’m fucking strong as hell. like literally i will NOT be stopped!

#lmao sorry just had to get this out, #personal, #recovery, #vent, #vee.txt
1 notes · See All
immagodieinaditchText

I know people aren’t likely to see my shitposts and stuff so I’m going to use it as an outlet instead.. I’ve had depression for five years now …the guy I’m dating rn knows this…he knows it’s nearly impossible for me to be happy all the time…I was having a good day today so I’ve been cheery and happy all day…he just sent me a snap saying “my baby looks so happy today after so long I think I might cry”

You are enough and whatever you did today was enough. It is okay if the day didn’t go as planned. Taking care of yourself is much more important than a check list. 🌸