All I ask for, all I ask for, is for one Batfam or Jayroy fic that doesn’t demonize Oliver. It’s all I’m asking for please, just one fic! Oliver loves his kids, he loves Roy so so much and Roy loves him back and I wish batfam fandom would stop characterizing Oliver and Roy’s relationship based on one comic arc. They love each other and Roy forgave Oliver a long time ago in the comic canon and they moved past all that onto a better relationship! Just because you aren’t a Green Arrow fan and don’t read those comics doesn’t mean you have to base their relationship and other character’s opinions off of the one arc you know!

I’ve said it once and I’ll say it again Oliver Queen loves his kids which means he loves Roy Harper, and Roy Harper loves Oliver Queen as his father.

Oliver and Roy don’t hate each other and they never did! They fought, and Oliver did a shity thing, but they always loved each other!

Oliver Queen is not the evil man a lot of the batfam fandom make him out to be, and making him look bad does not make Bruce look good because Bruce has done much worse things to his kids that he never apologized for where the majority of the time Oliver apologizes when he messes up! Please, for the sake of my sanity, just let Oliver be a good person in Batfam and Jayroy fics, the dynamic of Roy hating Oliver and Oliver being a bad dad isn’t entertaining done this many times.

It’s Roy’s birthday, and Jason reflects on how grateful he his to have a place in their little family.

That totally doesn’t sound gay at all, Jason. But please continue being a raging Bi for everybody.

Jason is in the middle of lathering his hair with shampoo when suddenly the lights go out, leaving him in darkness. An instinctive chill runs down his spine, only to be replaced with annoyance. Of course. Beyond the shower spray, he can hear Lian shriek in fear, followed by Roy muttering curses.

It was a grueling patrol, but Jason is relieved to be home. He missed having Roy by his side tonight, but their usual babysitter, Mrs. Peterson from next door, came down with pneumonia yesterday and canceled. She doesn’t seem to have any idea that her neighbors are vigilantes, but they pay her enough that she doesn’t ask.

Lian is coloring at the coffee table while Jason toes off his boots, leaving them at the front door. She’s wearing her fluffy Stitch pajamas, which she’s been practically living in for the last week and a half. “Hey, princess.” Jason drops a kiss on top of her head as he passes. “Where’s your dad?”

“In the kitchen. He’s playing with the electricity again.”

“Oh, good. Because, you know, I was actually hoping our place would explode, just to spice things up.” Lian giggles. “Has he fed you yet?”

She shakes her head, her black pigtails swinging back and forth. “Nope. But he promised me special sushi if I cleaned up all my books.” Jason will never understand Lian’s passion for her “special sushi,” which is just deli ham slathered in strawberry yogurt and rolled up like a spring roll from hell. Jason gets nauseated just thinking about it, but the kid loves the stuff.

Lian points over at the bookshelf against the wall. They don’t have a huge apartment by any means, but Jason insisted on dedicating an entire wall to his books. That was one of the conditions when Roy first asked Jason to move in with him and Lian. It took weeks of finagling to convince Jason to relinquish a small section of the bookshelf for Lian’s picture books, which are indeed all in their right places.

“Then it looks like you’ve earned your sushi, little miss. I’m gonna shower first and then I’ll make it for you, alright?”

Jason snorts. “After what happened last time? I don’t think so.” It was his own fault for thinking a five-year-old could prepare her own food. It took a solid hour to scrub the yogurt stains out of the carpet.

Jason pokes his head in the kitchen on his way to the bathroom. “Tell me you’re not burning the building down.”

“Okay, then I’m not burning the building down,” Roy says around the screwdriver trapped between his teeth. He stands in front of what was once a light switch, tinkering with something that he most definitely should not be tinkering with, but Jason is picking his battles today.

(In universe explanation for the hiatus is Joker War so yeah)

Jason: I think Kori mixed up our lunches. Look. *Holds up a post-it note that says “I love you so much.”*

Roy: Oh, that explains this. *Holds up a post-it note that says “Please be good. For the love of God, be good.”*

Joker’s Daughter, swinging her legs on the edge: If we all happened to fall off the roof, who do you think Hood would catch first?

Scarlet: It would probably depend on how long it took for him to notice.

CH: Does this theoretical not include other bats that might be in the area?

JD, shrugs: Probably not. I mean, he’s the only one visibly here.

Scarlet, clipping on a disguised grapnel-line: Well, there’s only one way to find out. Make sure your lines are secure.

[A minute later, on a different roof top after Red Hood caught all three after only a few yards of free fall]

CH: In our defense, we were left unsupervised.

RH: I was literally on the rooftop with you!! Why are all my children so smart but so dumb?!

Roy: So, what are you drinking?

“A rockabilly genius”. Roy, you’re a nerd. That’s what you are. 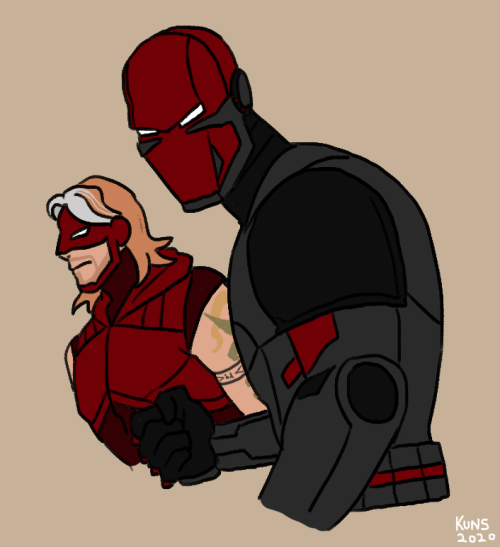 #jayroy, #jason todd, #roy harper, #dc comics, #red hood/arsenal, #batman beyond, #my art, #haven't named this au yet, #but they're married and in their 50s, #and they basically adopt terry because i said so, #terry: i lose one dad and gain two AND a grandpa, #wig???
115 notes · See All
kunstvogelPhoto

Why do I feel like Jason is implying Roy and Everest were more than business partners? 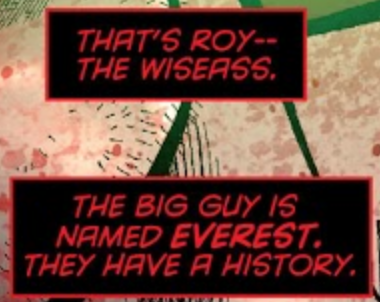 #is it because roy and jason are also, #more than business partners, #red hood/arsenal, #no but i am very interested in roy's iron rule days, #i wish they touched on that more
6 notes · See All
what-if-i-imagineAnswer

Aww thank you so much! I’m really happy you like it!

Generation Outlaw was a team of villain kids Jason was training. I don’t know too much beyond their basic personalities since I haven’t read the comic yet, but here is the members I write about:

Devour who to my knowledge does not have a canon name yet, so in my non power aus and in his civilian identity they call him Dev or Devin

DNA, also does not have a canon name but they are called Nay in my fics

Mother II and Babe in Arms. In my fics Mother is usually named Miriam, and Babe is called Bay

Now we get into the not canon members of the team, but still kids Jason was close with/cared about that I write about in my fics:

He was the first student of Generation Outlaw but wasn’t part of the team to my knowledge until he comes seeking vengeance.

A victim of Professor Pig who became Jason’s side kick in the Batman and Robin comics.

We don’t talk about what Jason did in the Red Hood/Arsenal comic with her, because it makes me that much more angry with Lobelle. She’s not really Joker’s daughter, but as you could gather from her last name she is Two Face’s daughter (I think that’s still canon?).

Bizzaro is also usually featured as one of Jason’s kids in my fics, and in my no power aus is called Biz or Brice.

“Jason, please come quick. I don’t know how long I can keep her on the ledge.”

Jason knew before he even got to the Gotham Academy clock tower which of his girls would be up there. He could only hope he could make it in time.

TW for a teenage suicide attempt, and mentions of a character having sensory over load under the cut.

What I really need in a fanfic is at the end of Redhood/Arsenal (after what my take is Jason going Pit-mad after Roy got hurt and killing the ones who did it and then freaking out about going pit-mad and breaking up with Roy even though they weren’t daiting). Is for Roy to just say no to Jay leaving him. For Roy to say the killing(and pit-madness)is not to much for him. And for Roy to Kiss Jay and tell him he can’t breakup with someone he’s not daiting but now they are. No take backs.

back on my bullshit 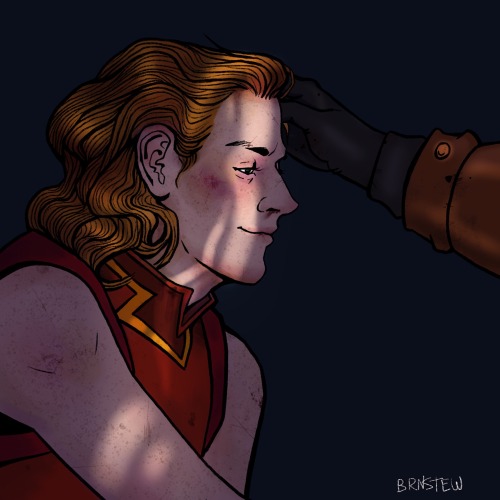