Disclaimer: I don’t own Redwall.
Author’s Note: Thanks for the inspiration for this story goes to @sanctuaryforascrivener and @wuddshipp for inspiration (please see This Post!) and @ladyoftheshield‘s amazing fic, “Cacophany”, as well as @sanctuaryforascrivener‘s equally amazing “Homecoming”. Both are must-reads and can be read in one sitting, but you’ll feel like you just watched an entire film with brightened eyes. This fic is a gift for all of you! :) I simply can’t thank you guys enough for inspiring me out of a writing rut! May all your dreams come true!

“Whose woods these are, I think I know…” -Robert Frost, “Stopping By Woods on a Snowy Evening”

Martin of Redwall stood before a single plain headstone that stood alone in a specific corner of Mossflower Wood. The headstone was purposefully placed there, to be honored by all who came upon it. It was beautifully carved out of the nearby quarry’s limestone rock and was already covered with a few patches of beautiful soft green moss. As Martin traced a single finger over the indent of the engraved letters, a gentle wind blew through the eaves of the trees above, seeming to bring with it an almost inaudible hum, a tune he strove to remember but did not recognize. Martin shivered a little as the wind brushed gently against soft fur that had long since turned from peppered strands of grey to shocks of white.

“For you, old Matey.” The Warrior mouse placed a single wooden tankard filled to the brim with sweet elderberry wine upon the ground beside the grave. “A token of our brotherhood and friendship."

The sunlight streaming throught the trees smiled upon the silent Brother of Redwall, landing peacefully at his sandaled footpaws nearly hidden by the green. Those same footpaws had traveled to many a distant shore, always returning home safe and sound, regardless of the dangers they had seen, but never ran from.

Those footpaws were growing wearier as the seasons traveled on. Martin had long since hid away his sword. The Abbey was safe from danger and if there was any hint of harm, many an Abbeybeast would be ready to protect it. For so many seasons he had kept his promise to his friend. He would keep a promise to himself now, to listen to the calling of the forest.

The old mouse placed a shaking paw upon the gravestone. "I gave you my word, once,” he whispered, “when I said that I would never leave again unless you knew it to be so….and so you see, my dearest friend, that I have kept my word. I will not go, nor will I follow, as long as I am with thee."

The robe-clad mouse then stood, gently brushed the remaining dirt from his knees, and turned at once to face the beckoning forest. Slowly, purposefully, he began to walk deeper into the Mossflower woods. The sun above was beginning its slow descent across the sky, gathering shadows as it went and distributing them playfully throughout the tall and darkening trees. After some time he came to a small hidden thicket of roses. Beyond the thicket there was a clearing, and in the clearing, a single, small weeping willow tree stood, brushing its tall graceful strands of hanging leaves gracefully along the beckoning moss-laden floor.

Martin smiled upon the site and at once he lay down. As he lay against the trunk of the tree, he exhaled and closed his eyes. Suddenly, there was the hushed whispered sound of voices:

"Hush, be still! Best let him rest for a wee spell, first, methinks.”

"Tis because he won’t need it where he’s going. Now, be patient for a bit, just like a good lil’ Dibbun, and let him sleep."

“ ‘Dibbun’!?! Why, Missie, I t'ain’t no 'Dibbun’, Missie! Yore worse ‘an a harmless liddle ‘Dibbun’, Missie, why, yore be actin’ like an old brittle, bitter an’ bickering Shrewmother—"

"Hush, now, will ye, ye dirty rotten Rogue! Be quiet, will ye! Will you kindly just let our Warrior sleep!"

The highly animated whispers rose and fell like a soft ocean wave, gently lulling Martin, laughing, effortlessly, into his dreams.

If one were to pass by this place that day, only past a few moments’ time, they would perhaps be startled by the sudden melodic, cheerful sound of flute playing to be heard easily beyond the breeze, the happy notes joined almost immediately by a glorious uproar of laughter—both sounds eventually mingling together and fading gradually with the gentle, soothing whispers of the wind. The same has happened to many a traveler since that happen upon this very spot, and elsewhere within the very same Wood. Some say the woods themselves are haunted by the many memories of travelers and their timeless bygone days. Others say the very same woods are oftentimes haunted with the strangely faint, however still sweet, scent of roses. Many say they always feel completely protected and, should they ever become tired or lost, are guided gently forwards by unseen hands.

Whichever reason, many a weary traveler has felt comforted along their journey through Mossflower wood. No matter what their adventures previously entailed, they are instantly and constantly reassured that only good will come to them this way. As if enchanted by an unbroken spell, they continue to trod determined down the hidden path. And, if they were to continue along that same path long enough, they will find it leads them directly to a tall and massive red brick structure, a sacred place located deep within the forest, known to all who are fortunate enough to lay their weary eyes upon it, as Redwall Abbey.

Wallpapers I created for some of my faves

Feel free to use

Okay but, straight up Mariel’s got some PTSD, right? And there was the temporary amnesia. But this passage:

Immediately they know something is up. While the wording is strange (they don’t know it’s a trigger), and she’s open about explaining. And IMMEDIATELY, they’re all like. “Hey, let’s take a break and chill. It’s all good.”

#mariel of redwall, #ptsd, #ptsd mention, #temporary amnesia mention, #Redwall
2 notes · See All
incorrectredwallquotesChat
Mattimeo: Shouldn't have worn that petard if you didn't want to be hoisted by it.
Tim: What do you think the expression "hoisted by your own petard" is referencing?
Mattimeo: I guess I just assume that in the old days a petard was a special outfit like a leotard with a lot of fancy buckles and loops on it. And that rich people would wear them when they were feeling especially smug. But then poor people could tie a rope to one of the loops and hoist them up a pole and then let them dangle there as punishment for being cocky.
Tim: ...Never look it up. Your explanation is way better.
#source: community, #redwall, #book 3, #mattimeo, #tim, #brian jacques
19 notes · See All
envaliadacirathecruelText

I’m mostly on tumblr, but here’s my Twitter just in case.

Just listened to a couple banger sea shanties and

It got me thinking about the Redwall universe, cause I know they got ballads and songs and poems galore, however do the stoats and rats and seabeasts have sea shanties? Are there travelling songs?

Or a travelling band of the usual creatures with mice and shrews singing soprano, the hares singing tenor (with passion, and they’re never off key but keep that hush hush for the lads) and the moles and badgers singing bass

#redwall, #mossflower, #martin the warrior, #sea shanty, #rat, #stoats, #idk what to tag this, #I just wanna live in a redwall book for a little while okay, #oh to be a little travelling mouse or hare, #traversing the land with your rucksack full of tasty goodies, #having to fight off evil beasts, #and knowing there’s always a bed to sleep in and a seat at the table in a little abbey named Redwall :)
0 notes · See All
lover-of-the-starkindlerPhoto 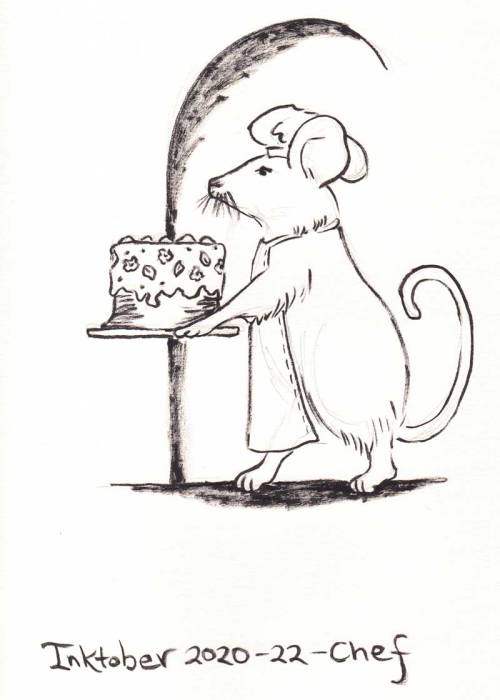 #inktober, #inktober 2k20, #/, #//, #///, #redwall, #somewhere in the recesses of my brain is a recollection of somebeast at sometime baking some abbot an Abbot Cake, #it was either a success or a horrible disaster, #with many candied chestnuts being harmed in the creation of the dish, #however, #our chef has created a scrumptious dessert, #which will be consumed with thanks and appreciation for their culinary skill, #...now I want cake, #XD
32 notes · See All
incorrectredwallquotesChat
Martin: I'm being adopted!
Goody: Really?
Martin: *slams papers on a table* Yes, by you. Now sign these papers, please.
#yeah they're his parents now, #redwall, #mossflower, #martin, #goody stickle, #brian jacques
24 notes · See All
cocoaofthecryptText

me: (thinking about how i have three new redwall books and volumes 4-7 of the beastars manga that i could read while recovering from surgery)

also me: “i should get started on dawn of the clans”