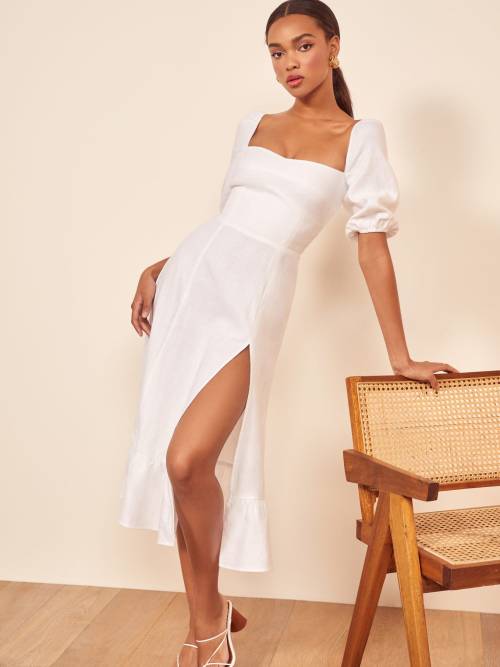 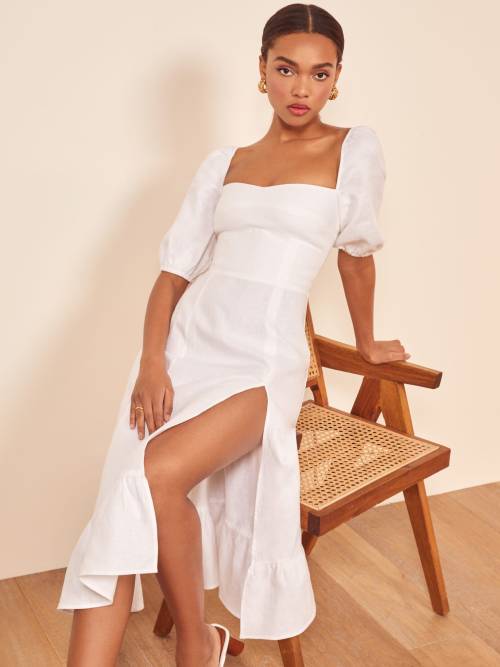 It’s really not my thing, though it’s the one aspect of digestion I’d in theory be most willing to work with. I really don’t like the idea of prey being hurt in any way shape or form in the stomach, even though I very much enjoy the aspect of leaving preds full and satisfied

No shade to anyone who enjoys it, but I just prefer a completely safe and harmless experience ; ; even if it doesn’t hurt they’re still being digested and there’s aspects of that i really don’t like

#answered, #anonymous, #vore talk, #digestion mention, #reformation, #i dont mind discussing these things tho. how else are folks gonna know my stance?
1 notes · See All
suummerrainText

When Martin Luther issued grievances about the Catholic Church in 1517, King Henry VIII took it upon himself to personally repudiate the arguments of the Protestant Reformation leader.

The pope rewarded Henry with the lofty title of Fidei Defensor, or Defender of the Faith.

Barely a decade later, the very same Henry VIII would break decisively with the Catholic Church, accept the role of Supreme Head of the Church of England and dissolve the nation’s monasteries, absorbing and redistributing their massive property as he saw fit.

So what changed? How did the former “Defender of the Faith” end up ushering in the English Reformation?

King Henry VIII wanted out from his first marriage.

Though early signs of anticlericalism had surfaced in England by the 1520s, Catholicism still enjoyed widespread popular support.

As for Henry VIII, he “had no wish and no need to break with the church,” says Andrew Pettegree, professor of History at the University of St. Andrews (U.K.).

“No need because he already enjoyed substantial power over the English church and its income…And he had no wish also, because he was personally rather pious.”

But by 1527, Henry had a big problem: His first marriage to Catherine of Aragon, had failed to produce a son and male heir to the throne.

Henry had also become infatuated with one of his wife’s ladies-in-waiting, Anne Boleyn, whose sister Mary had previously been his lover.

Anne encouraged the king’s attention, but shrewdly refused to become his mistress, setting her sights on a higher goal.

So Henry asked Pope Clement VII to grant him a divorce from Catherine.

He argued that the marriage was against God’s will due to the fact that she had briefly been married to Henry’s late brother, Arthur.

Under other circumstances, it wouldn’t have been too difficult for England’s king to get a papal dispensation to set aside his first wife and marry another in order to produce a male heir.

“There was a clear understanding among the princely houses of Europe that the continuation of the dynasty was the ruler’s number one priority,” says Andrew Pettegree, professor of history at the University of St. Andrews (U.K.).

But timing was not on Henry’s side.

That same year—1527—the imperial troops of the Holy Roman Empire had attacked and destroyed Rome itself, forcing Pope Clement VII to flee the Vatican through a secret tunnel and take shelter in the Castel Sant’Angelo.

At the time, the title of Holy Roman Emperor belonged to King Charles V of Spain—Catherine of Aragon’s beloved nephew.

With the papacy almost entirely under imperial sway, Clement VII was not inclined to grant Henry a divorce from the emperor’s aunt.

But he didn’t want to completely deny Henry either, so he stretched out negotiations with the king’s minister, Cardinal Thomas Wolsey, over several years, even as Henry grew increasingly frustrated.

It was the clergyman Thomas Cranmer and the king’s influential adviser Thomas Cromwell—both Protestants—who built a convincing case that England’s king should not be subject to the pope’s jurisdiction.

Eager to marry Anne, Henry appointed Cranmer as the Archbishop of Canterbury, after which Cranmer quickly granted Henry’s divorce from Catherine.

In June 1533, the heavily pregnant Anne Boleyn was crowned queen of England in a lavish ceremony.

Parliament’s passage of the Act of Supremacy in 1534 solidified the break from the Catholic Church and made the king the Supreme Head of the Church of England.

With Cranmer and Cromwell in positions of power and a Protestant queen by Henry’s side, England began adopting “some of the lessons of the continental Reformation,” Pettegree says, including a translation of the Bible into English.

The Crown also moved to dissolve England’s monasteries and take control of the Church’s vast property holdings from 1536-40, in what Pettegree calls “the greatest redistribution of property in England since the Norman Conquest in 1066.”

All of the property reverted to the Crown, and Henry used the windfall to reward his counselors, both Protestant and conservative, for their loyalty.

“Even Catholics are extremely tempted by the opportunity to increase their landholdings with this former monastic property,” Pettegree says.

Anne Boleyn, of course, would fail to produce the desired son (although she gave birth to a daughter who would become Elizabeth I).

By 1536, Henry had fallen for another lady-in-waiting, Jane Seymour.

That May, after her former ally Cromwell helped engineer her conviction of adultery, incest and conspiracy against the king, Anne was executed.

For the rest of Henry’s life, evangelical and conservative factions wrestled for influence—often with murderous results—but after Henry’s death in 1547, his son’s brief reign would be dominated by evangelical Protestant counselors, who were able to introduce a much more radical Reformation into England.

But Edward died young in 1553 and his Catholic half-sister, Queen Mary I, would reverse many of these changes during her reign.

It would be left to Queen Elizabeth I, the daughter of Anne Boleyn and ruler of England for nearly 50 years, to complete the Reformation her father had begun.

As for Henry VIII, he had remained a conservative Catholic with a personal hatred of Martin Luther for the rest of his life, despite the revolutionary changes effected on his behalf.

“The divorce is absolutely at the heart of the matter,” Pettegree concludes.

“Had there been no marital problems, I’m fairly certain there would have been no English Reformation, at least in Henry’s lifetime.”

In 1534, Parliament passed the Act of Supremacy, which defined the right of Henry VIII to be supreme head on earth of the Church of England, thereby severing ecclesiastical links with Rome.

Albeit the king’s majesty justly and rightfully is and ought to be supreme head of the Church of England and so is recognised by the clergy of the realm in their convocations;

Yet nevertheless for corroboration and confirmation thereof and for increase in virtue in Christ’s religion within the realm of England, and to repress and uproot all errors heresies and other enormities and abuses heretofore used in the same.

Be it enacted by authority of this present Parliament that the king our sovereign lord, his heirs and successors, kings of the realm, shall be taken, accepted and reputed the only supreme head on earth of the Church of England called Anglicana Ecclesia and shall have and enjoy annexed and united to the imperial crown of this realm as well the title and style thereof, as all honours, dignities, pre-eminences, jurisdictions, privileges, authorities, immunities, profits and commodities to the said dignity of supreme head of the same Church belonging and appertaining.

And that from time to time to visit, repress, redress, reform, order, correct, restrain, and amend all such errors, heresies, abuses, offences, contempts, and enormities whatsoever they be, which by any manner [of] spiritual authority or jurisdiction ought or may lawfully be reformed, repressed redressed, ordered, corrected, restrained, or amended, most to the pleasure of Almighty God the increase of virtue in Christ’s religion and for the conservation of the peace, unity, and tranquillity of this realm, any usage, custom, foreign laws, foreign authority, prescription or any other thing or things to the contrary hereof notwithstanding.

Now that, that is a good idea

“I remember dreaming of moving to New York after my graduation. That’s how in love with the Big Apple I was. That dream eventually evolved into settling down in a peaceful place, creating the perfect home for myself. I enjoy visiting big cities, but permanently living in one of them would make me anxious.” - Julija Steponavičiūtė 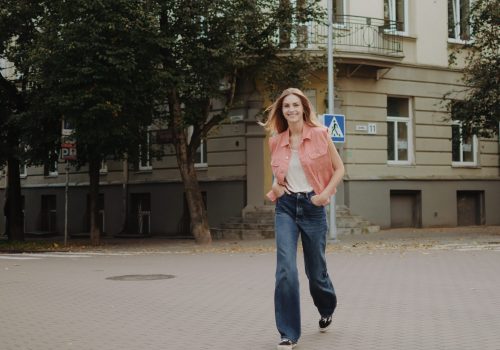 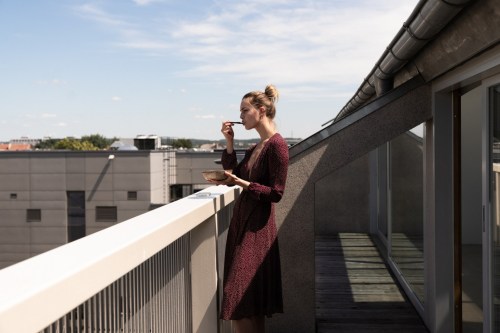 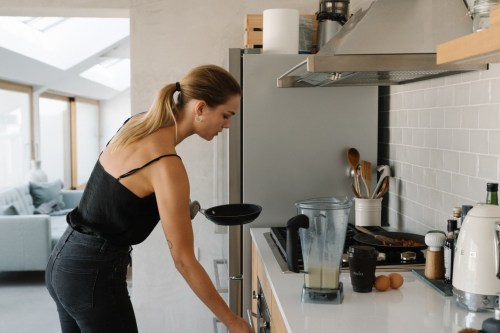 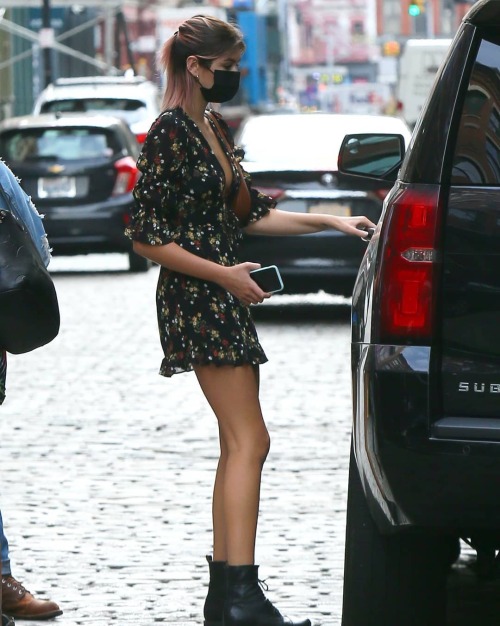 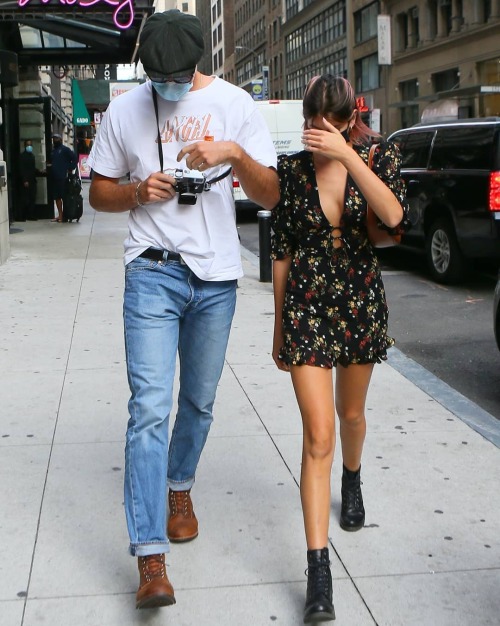 For whatever you do sunrise to sunset. The Remi is fitted in the bodice with a relaxed fitting, flared skirt. It features a center front tie and a ruffle edged neckline. It has a smocked back bodice for a little bit of stretch 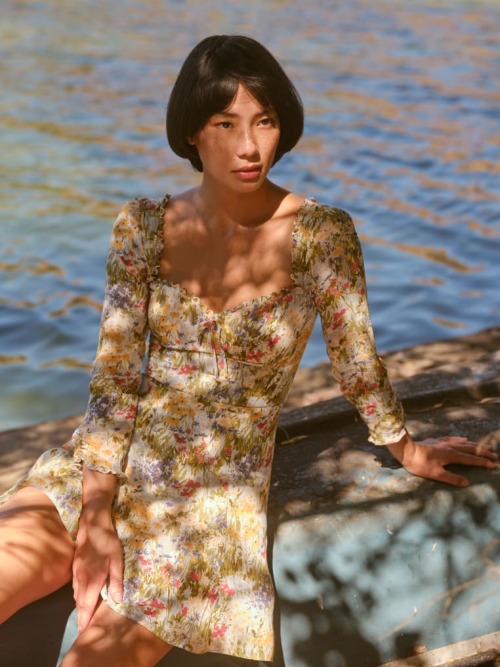 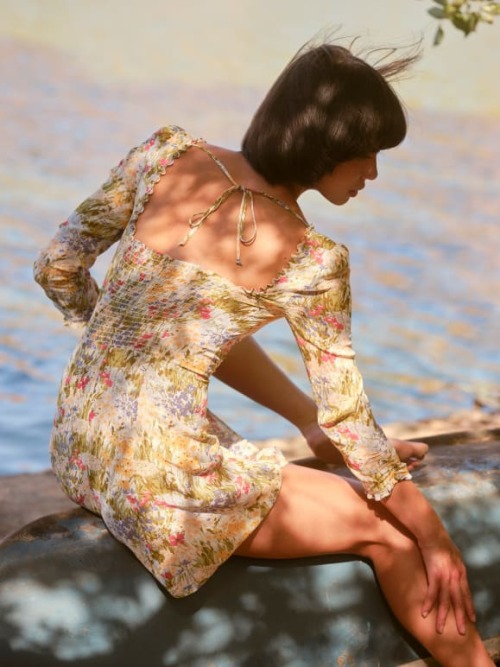 Lili Reinhart wears the Reformation ‘Pax’ top (Sold Out) while out & about on September 6, 2020.

The Seven Great Hermetic Principles - ROBERT SEPEHR…GNOSTICISM Explained…Mystery schools, Magic…Altered State of Consciousness..Alchemical Mystery Schools..Hermeticism.Bypass the  Ego, the Goal is to access Access the Subconscious. Knossos..Wisdom vs. Book Knowledge..Concepts of it are encapsulated in most religions..energy follows thought, polarity and dualism, opposites are part of a unified whole from hot to cold ..it s a matter of degree..love and hate are the same thing at different degrees, from one extreme to the other… 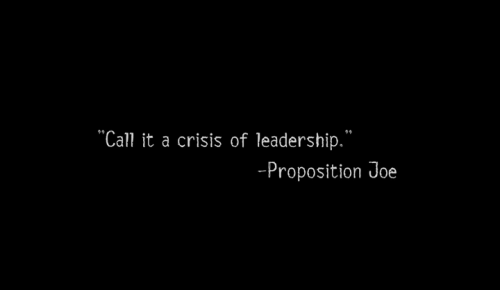 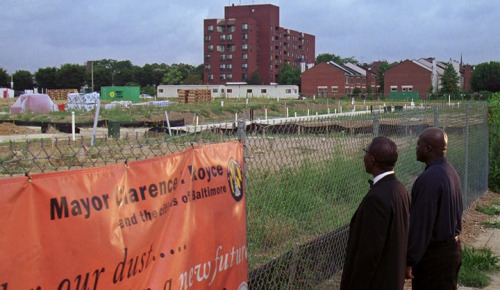 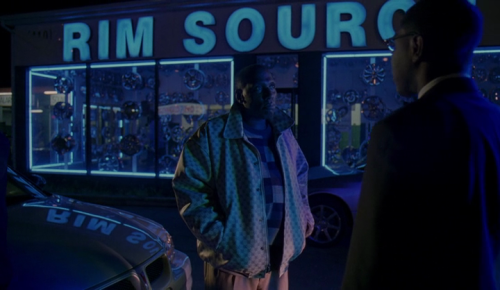 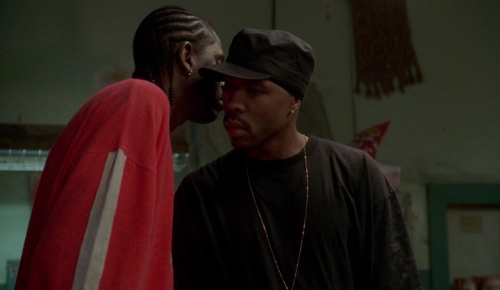 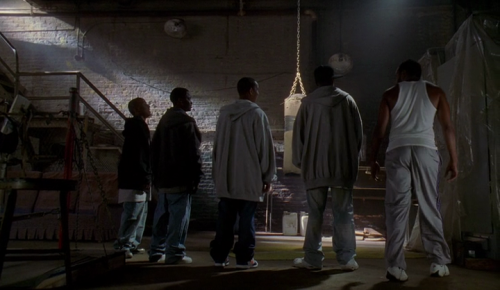 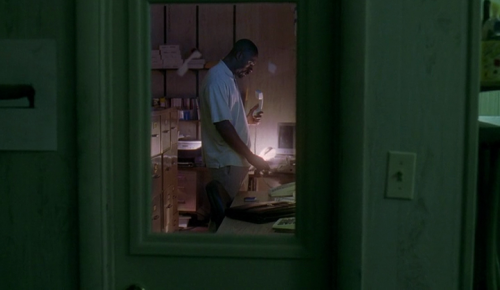 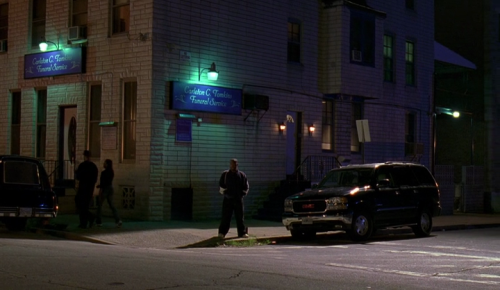 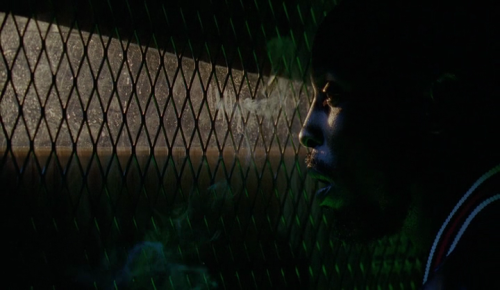 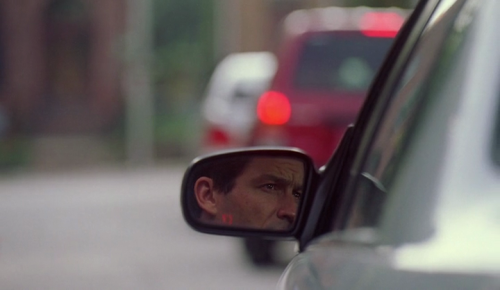 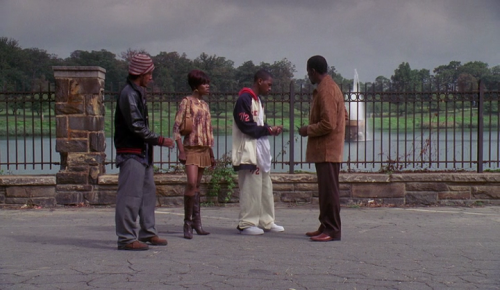 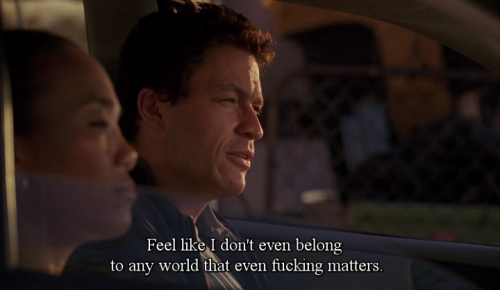 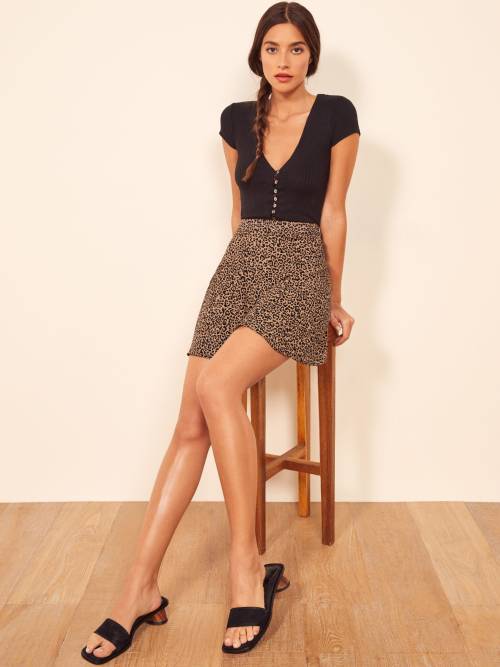 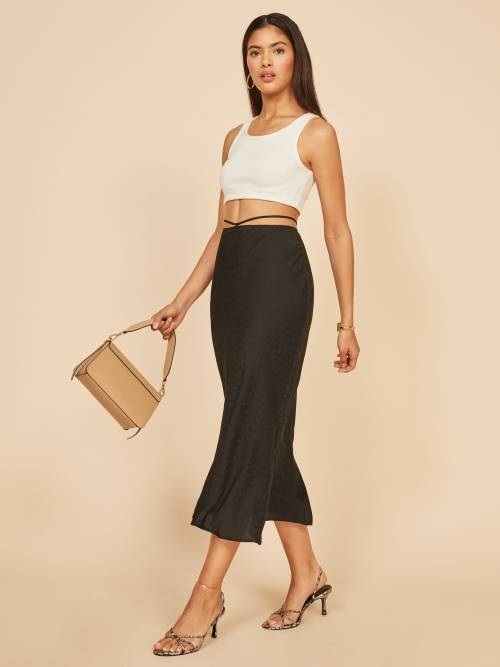 So I’m running volunteer tours about the history of St Andrews because our little town has a rich past. St Andrews is home to many martyrs that we burned at the stake for heresy because you know, the Reformation. One of these martyrs is George Wishart, an important theological and historical figure whose death sparked a siege of St Andrews Castle. And as a tour guide it’s important to get facts like dates and names correct. Except in my head I can’t help but think of Whiscash when I see the name Wishart. Which led to this video that I sent to my brother…

Now that we know that Janelle is leaving the house for good, I genuinely hope she takes the time to reflect on her conversations with Kaysar and Da’Vonne to reconsider her political views. She seems like such a strong woman but I can’t stop thinking about her support for Trump.

Mod here. FOR: participate(d) in Reform Jewish community; if not recently participating, consider specifying how long ago.