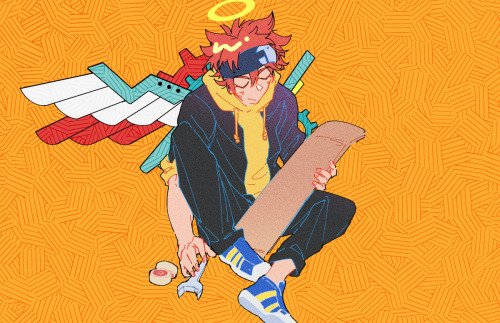 Okay, I think it’s time to face the music a while back I made a commentary about the beach ep. And in the first sentence, I made an offhanded remark about “forced heteronormitivity” and I think it might have offended some people. And don’t get me wrong I’m bisexual I know how absolutely infuriating it is when I’m dating a guy and suddenly in the eyes of society I’m no longer queer. And I didn’t mean to make anyone else feel that way in my mind it was just a funny intro that wasn’t intended to hurt anyone. Btw I would like to thank @fanfictionbystar and @yesibrainrot for calling me out on my bullshit I’ll try not to make the same mistake again

langa is absolutely gone and im living for it

Give me back the beautiful relationship between these two😭😭😭 I’ve been suffering for 2 weeks!😭

*DO NOT REPOST OR EDIT, please*

reki draws in a deep, shuddering breath, letting the air rush through his lungs. they wet their lips, and runs a hand through their firey red hair.

today was the day. no more putting it off. he was going to tell langa he was non-binary.

they were dating for nearly a year now, and they’d come out as bisexual while langa had informed them he was gay. they were both in the lgbt community, so it shouldn’t be a big deal. and hearing langa only refer to them with he/him pronouns was starting to stress them out.

but it was still nerve wracking. it always was when he came out as non-binary to anyone. even his mom and sisters. and sure they accepted him in the end, but it doesn’t take the anxiety of coming out to other people away. especially to someone as important to him as langa was.

miya had come out as genderqueer not too long ago, too. he liked he/him, they/them and nya/nyaself pronouns. reki wasn’t completely used to neopronouns, but they’re working on it. he’d told miya after they’d came out that he was non-binary, and they’d accepted him pretty quickly.

so, now just to come out to langa.

miya was cheering them on. well, cheering was a light term when it came to nya. “just do it already, slime,” they’d said, glaring at them. they’d sighed and rolled their eyes at him, but they knew he had a point.

“hey, langa?” reki said, catching his boyfriend’s attention. “could i tell you sometbing?”

“anything, reki,” langa replied instantly, and takes one of their hands in his own. “what’s on your mind?”

they wet their lips once more, before shaking themself inwardly. “i’m non-binary,” he forced himself to say, and langa blinks at him. oh no. does he not know what that means? or does he think theyre weird now? “i mean i-”

“i am, too,” langa said, and now it’s reki’s turn to blink at him. langa smiles at him. “what pronouns do you use?”

“he/they…” reki replied, gaining a smile of their own. “what about you?”

they nuzzle into langa’s cheek, humming in response. “i love you, langa,” they said.

“i love you too, reki,” langa responded, wrapping their arms around his waist.

Hey! Anyone else concerned about the parallels between Reki/ Langa and Tadashi/ Adam?? (Lonely blue haired kid learns everything he knows from friendly skater boy, only for them to grow apart after blue haired kid surpasses his friend?? No? Just me??)

#sk8#sk8 the infinity#langa hasegawa#reki kyan#just the parallels between Ad*m and Langa alone are enough to write a fucking term paper on#sk8 spoilers#sk8 the infinity spoilers#I’m not saying these relationships are exactly alike but they’re awfully similar#and I think that’s really cool and intentional on the writers’ part but it also has me WORRIED#like I think langa is pretty gifted and genuinely loves skating but Adam just pushes and pushes and is obsessed#I also think Adam left Tadashi behind#unlike with reki who... well.... you know :(#but I also think that’ll change soon with rekis whole “support revelation#!!!
9 notes
ssilverscale
Photo

Langa wants to return the favor, but since Reki has no fur, they settle for kisses uwu 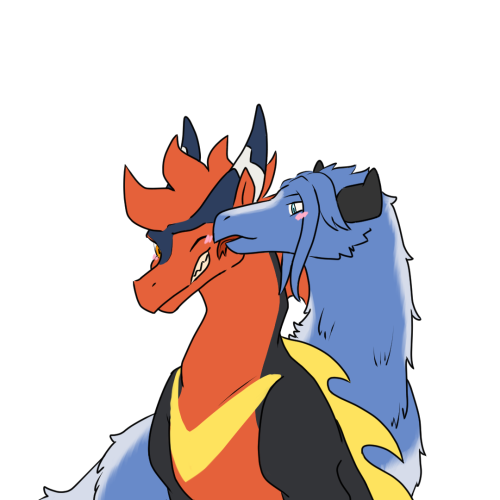 Joe: How would you rate your pain?

Joe: How- Your arm is literally going the wrong way-

Reki: Very not Gucci, does not slap, no thanks.

Langa [tired boyfriend™]: Reki, we talked about this-

Me [looking at Oikawa]: wow it’s you but more Weasley HOW MUCH YOU WHAT REKI

HOW MUCH YOU WHAT

Aww Hatanaka Tasuku’s emotional attachment to Rekki is so cute 🥲

the sk8 manga art style is SO CUTE