“ Once you start questioning yourself if it’s love or not believe me, it’s already indeed love. ”

I dream about you. And when I wake up, I miss you even more.

And meanwhile I am thinking that we could never work together.

Because you’re still not over her.

15 lessons i’ve learnt about being in relationships

1. things will last if you are continuously consistent with all that you do. constant compassion, reciprocation. don’t ever make them doubt or feel like you don’t love them or that your feelings are faltering. reassure them and make them feel special, because they are.

2. when things go to shit, you sit down and you deal with it. you don’t bail. you don’t attempt to escape from having to process it and come to an understanding by ghosting them or avoiding your significant other. don’t do that.

3. but at the same time, never attempt to come to a conclusion on anything if you’re mad or angry or sad. collectively decide that you two will approach the problem later and cool down and take a breather.

4. if you mess up, you fix it. figure it out with your significant other. you need to give them time to react and get it out of their system. apologize if you’ve messed up. and make sure you mean that apology. and do your level best to not repeat it again.

5. there’ll be a lot of growing up done when you’re in a relationship. you grow together as two whole human beings. this is inevitable. neither of you will be the same person throughout your relationship; for however long it may be. change indicates growth. instead of expecting someone to remain the same, talk about the things that you want your significant other to be consistent about; for instance, certain things that they do that you absolutely appreciate about them. make a list and try to keep that particular behavior constant. you must learn to love them as they are growing and becoming better human beings.

6. you learn your significant others love language and vice versa because it’s not going to be the same. i cannot emphasize on how crucial this is. don’t expect them to have the same love language as you. if you have the assumption that they do and if they show you their love in different ways, you’ll only be making yourself miserable because you won’t be able to see it.

7. you learn to become more patient, more loving, more caring because the person you’re with deserves that and more.

8. don’t lash out on them especially if they haven’t done anything wrong, or even if they’ve done something wrong. don’t be mean or aggressive or rude. don’t use this as an opportunity to throw their insecurities and fears at their face.

9. and, if there’s a problem and it needs to be talked about, but if you’re tired, if you’re absolutely drained of energy, voice it out. a simple, “hey, i’m exhausted. all i need right now, is you. if there’s anything we need to discuss, could we please do it later” can go a long way.

10. if you are busy, state that, without leaving them hanging. even if it’s for just an hour or less. don’t make them think you’re ignoring them or make them wait for you because that can get frustrating. it doesn’t feel nice to wonder where you’ve gone and even if they don’t ask, let them know that you’re busy and you’ll text them later. plus, they’ll know that you have them in mind. always be mindful. put yourself in their shoes and imagine how you would feel had the same happened to you instead of your significant other. this would save you a lot of trouble.

11. communicate. communicate. communicate. and listen. seriously, genuinely listen, not with just your ears, but with your heart. don’t half ass it. and don’t get defensive if they point out something about you that is hurting them or affecting them. they are simply trying to tell you how they feel. and likewise, when pointing out things, be sensitive of your significant others feelings and don’t use aggressive or harsh words. you’re talking to the person you love; don’t forget that.

13. if you get insecure, scared; you talk about it. if they love you, if they care about you, they will listen. like seriously listen. and they will reassure you and if needed, the two of you can figure something out to put away the insecurity or fears.

14. don’t bring your past relationships and the fears and insecurities you had, to new ones. because the person you meet isn’t your ex. you are preventing something potentially wonderful from blooming because you’re too scared for something to work out. we all have fears and a fuck ton of insecurities. but talk about it. mention it. so they can reassure you. at the end of the day, that’s what they are. fears. they aren’t real. don’t get consumed by it.

15. it’s okay to be vulnerable infront of the person you’re with or you’re falling in love with. by being vulnerable, you’re only allowing your relationship, your connection. to strengthen. and last time i checked, that’s not a bad thing.

#life, #friendship, #mine, #relationship, #love, #significant other, #my post
0 notes · See All
vasoyumeText

#i miss you, #my life, #melacholy, #moody, #relationship
0 notes · See All
wolvesnkittensText

if you truly love someone, you’ll want them to be happy, even if it means it’s no longer with you

When you tell me your problems, on such a deep level

Many things happen for me

I feel closer to you

I feel compassion and empathy for you

I want to help you

that is where things go wrong

I want to help you but can’t

partially because its not my job

partially because that is entirely up to you

I want to help all the more so because

it is upsetting to watch you not help yourself

perhaps unconsciously I think that sex could heal you

its amazing how even when you’re so emotionally open

to be there for me in the same way

so I’m ironically wanting more intimacy from someone without boundaries

The god’s stopped hearing me out, once they introduced me to you.

“You are all the colors in one, at full brightness”

Love of my life

I guess everyone feels that way

At some point or another

Do they feel the magic

Do they feel the energy

Do hugs and holding hands

Like the other half of their being is found

With you I can say

Everything with you feels so new

Every moment with you

For you my Queen

You’re my other half

So….. quarantine/lockdown is a bitch. Anyone wanna be my like quarantine gf/bf? Ik we won’t be able to physically be near each other but I wanna talk to someone who new and stuff like that. Hell, I’d even take a new friend I’m just bored and I wanna meet someone new. I’m just a 19 year old Bi girl who is already tired of family. 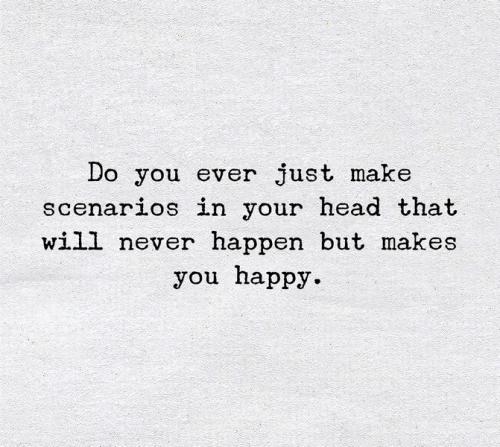 We had something which was more than love, but we were unable to deal with it.

You’re everything I love about the things i hate in me.