Details of the Queen of Sheba from Discovery of the True Cross by Agnolo Gaddi, 1380s. 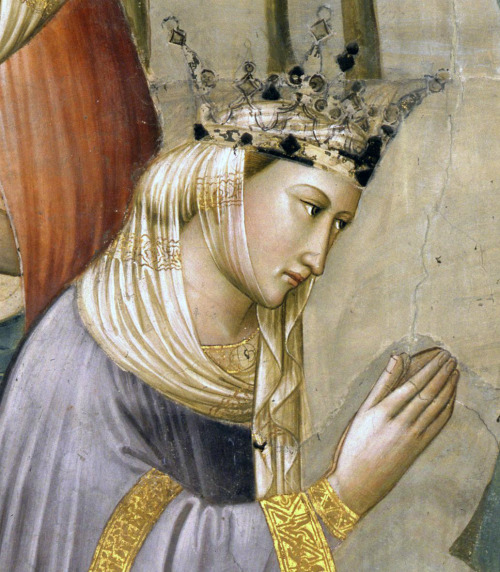 For if, because of one man’s trespass, death reigned through that one man, much more will those who receive the abundance of grace and the free gift of righteousness reign in life through the one man Jesus Christ… . so that, as sin reigned in death, grace also might reign through righteousness leading to eternal life through Jesus Christ our Lord.  Romans 5:17, 21

When Avengers: Endgame was…

I was raised Christian but honestly I don’t think I ever truly…. believed in god. I believed in Santa and I believed my 3nd grade Spanish teacher when she told us the queen of Spain was coming to visit (an event that gave me trust issues) but going to Sunday school and being told about Jesus? Yeah I thought it was just a story.

Listen I am fighting for you beloved, for our planet and for our children.

I am a person you don’t want to cross, I could punch an old lady in the face and kneel next to her and pray and know god would hear me. You can’t condemn me or make me guilty.

The only old lady I will be punching is the hag of man’s system. That is what you worship following it.. you have grace, I will do what it takes to come up for us.

If you help me you help your future and your kids and grandkids.

“Being bigoted is just their culture/religion!”

Being racist is white American culture, doesn’t make it any less racist. Being racist is explicit to the Mormon texts, and guess what? That’s bad! Being sexist is common to many religious groups, it’s not “acceptable” because “it’s their religion!” Being anti-LGBTQ+ is endemic to many cultures that are therefore bigoted!

Bigotry is bad! No matter your circumstances! There’s no “acceptable” bigotry! I don’t have to come from your religion or culture to tell you that your bigotry sucks.

Every religion or culture is full of people who can use their brains to realize they’re being bigoted and choose to stop being bigoted, while maintaining their religion or culture! Other religions and cultures do not make people too unintelligent to understand bigotry. People can think with our grey matter and understand morals, even if taught differently as children. It is difficult to learn, but it is not impossible.

And if a religion or culture cannot exist without being bigoted, maybe it shouldn’t exist.

No shields. No excuses for bigotry.

“Republican because I am a Christian!”
“Democrat because of my faith!”
“God is neither a Republican nor a Democrat!”
I’ve seen variations of all three of these declarations–and more–on bumpers from NYC to Miami. And listen, I get it. I was a history major decades before I became a divinity school student. I love to go to the US History museum in Washington, DC and walk through the section on the…

got me fucked up trying to scare people with your schizo word salad.

oh and yes, i regularly lash out at children 🙄…but i don’t rape them or offer them up to the head holy guy. so, there’s that.

i wish hereafter to be referred to as crotchety old Ms. McGruff.