I want that ‘call me when you land’ energy with my next man. We don’t accept anything less

take what you need today:

🌷 kindness: do something nice for yourself and someone else today. buy someone a cup of coffee, cook yourself a meal. it’s those small acts of gentleness that make us so human and so real.

🌻 happiness: it’s okay to find joy in the little things.. in that tv show you enjoy or a funny jole a friend makes. i hope you never forget your ability to be glad to be alive. to be present and content in this very moment.

🦋 hope: i know you are probably hurting a lot right now because you think it won’t get better. but i also know that the future holds many things. including the possibility for change.

🍀 courage: i know fear and anxiety are scary, but i also know you have survived 100% of your days. you faced it and you can do it again.

💌 Be wise enough to realize why Allah made you,

Strong enough to accept His Qadr with gratitude,

Brave enough to not compare friends’ skills with what you do,

Competing against no one; just striving to improve.

When most women would brag and get jealous easily,

Claiming things like “I’m wealthy”, “I got married early”,

We’re not in a competition for worldly pleasures,

Not here to prove who’s richer and whose house is bigger.

Instead of working to show you’re better or smarter,

Do more of Allah’s Orders to gain extra ajar.

You’re pretty? Good for you. Don’t let your looks be misused.

Recall the disabled and put yourself in their shoes.

You run a business? Pray to Allah that it is blessed.

Ensure your earnings are halal to pass Allah’s tests.

When other entrepreneurs succeed, don’t be upset.

Focus on what Allah gave to reach your own success.

Still single? Few kids or no children yet? Don’t worry.

Your worth isn’t based on the size of your family,

Nor marital status, but your faith and piety.

While many people compete for fame or tons of likes,

Or they work hard to achieve a luxurious lifestyle,

At peace, free from envy, as they strive for Paradise.

📖 Abu Huraira RadhiAllahu ‘anhu narrated: Allah’s noble Messenger Muhammad SallAllahu 'alaihi wa sallam said, “If one of you looks at those blessed over him in wealth and appearance, let him look at those below him.”

In another narration, the Prophet SallAllahu 'alaihi wa sallam said, “Do not look to those above you, lest you view the favors of Allah as trivial.”

Grade: Sahih (Authentic) according to Al-Suyuti

1] A few minutes before Salat Al-Fajr.

2] After praying the Fajr prayer.

3] Anytime just before sunrise or after you woke up in the later part of the morning.

Note: You can also say the morning Dhikr after midnight, but it is more preferable and closer to the Sunnah of the beloved Prophet Muhammad SallAllahu ‘alaihi wa sallam to say the morning Adhkaar around Fajr time.

When is the most ideal time to say the evening Adhkaar?

You can say the evening Adhkaar:

3] Right after the Maghreb prayer.

Note: You’re allowed to say the evening Adhkaar even after the 'Ishaa and Witr prayer, but it is more recommended that you say them around Maghreb time to earn more of Allah’s Guidance, protection and blessings.

One of the signs that distinguish between true Muslims and hypocrites (munafiqeen/munafiqaat) is that the Muslim strives to remember Allah Subhaanahu wa Ta'aala as often as they can, while hypocrites only pretend to pray and act as if they are believers when there are Muslims around.

📖 Abdullah ibn Busr RadhiAllahu 'anhu narrated: A man said, “O Messenger of Allah, the laws of Islam are too many for me, so tell me something that I can hold onto.” The Messenger of Allah SallAllahu 'alaihi wa sallam said, “Keep your tongue moist with (Dhikr) the remembrance of Allah.”

Grade: Sahih (Authentic) according to Al-Suyuti

📖 Abu Huraira RadhiAllahu 'anhu narrated: The Messenger of Allah SallAllahu 'alaihi wa sallam said, “Take up your shields.” They said, “O Messenger of Allah, is the enemy present?” The Prophet SallAllahu 'alaihi wa sallam said, “No, rather your shields from the Hellfire are to declare the Glory of Allah, the Praise of Allah, there is no God but Allah, and Allah is the Greatest. Verily, they (the Adhkaar / words of remembrance of Allah Subhaanahu wa Ta'aala) will come on the Day of Resurrection as saviors and guardian angels, and they are ‘the righteous deeds everlasting.’” (The Noble Qur'an 18:46)

📖 Thawban RadhiAllahu 'anhu narrated: Allah’s noble Messenger Muhammad SallAllahu 'alaihi wa sallam said, “The best wealth is a tongue that remembers Allah, a grateful heart, and a believing wife who helps one in his faith.” 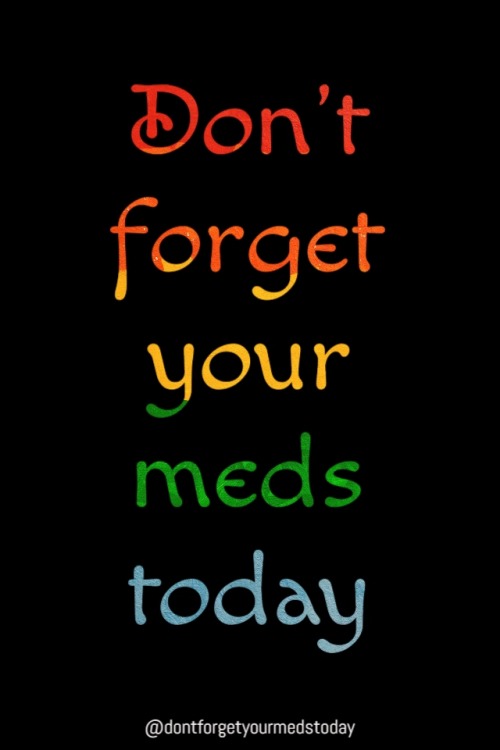 there will be so much excitement and light in your life just give the universe some time ♡︎.

making friends (especially after you’ve lost a couple or several ones) can be hard and incredibly isolating. finding people we can connect and be vulnerable with is no easy task, so often we feel like it’s a moral failure when things don’t work out between us and someone else. just know there are so many people in this world you have yet to meet who will love you and it’s okay to drop all this heavy relationship baggage now. you’re not defined by the people you’ve lost.

it’s okay to be a little loud. or a little quiet. or extroverted. or shy. it’s okay if you don’t fit in and feel like you never will. i know how hard you’re trying to please everyone and be there for everyone, but you don’t have to try so hard all the time. you can let go and be you. i like you.

#wholesome suggestion, #positivity, #reminders, #recovery, #self care, #self love, #♡  izzy's positivity, #🌟 notes to self 🌟, #i really need 2 hear this
206 notes · See All
nourishtoflourishyesText

“treat others as you want to be treated”.

do not speculate. communicate.  risky business assuming someone’s wants&needs are exactly the same as yours. 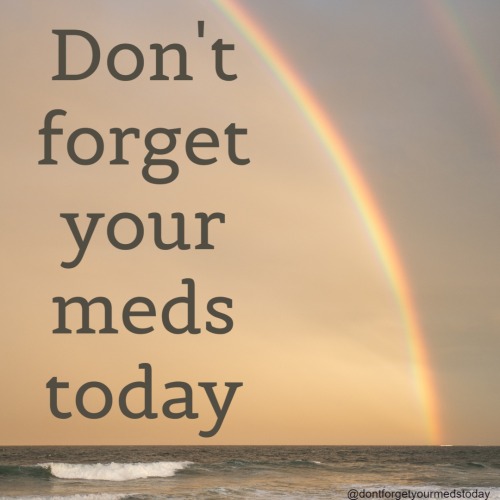 What is law of attraction?

I hope you got some information!

📖 Abu Sa’eed Al-Khudri RadhiAllahu ‘anhu narrated: The Messenger of Allah SallAllahu 'alaihi wa sallam came to us while we were discussing the False Messiah (the dajjaal).

📖 Ma’qil ibn Yasar RadhiAllahu 'anhu narrated: I departed with Abu Bakr RadhiAllahu 'anhu to meet the Prophet Muhammad SallAllahu 'alaihi wa sallam. The Messenger Muhammad SallAllahu 'alaihi wa sallam said, “O Abu Bakr, there is (polytheism/shirk) idolatry among you more hidden than the crawling of an ant.” Abu Bakr RadhiAllahu 'anhu said, “Is there idolatry other than to make another god alongside Allah?” The Prophet SallAllahu 'alaihi wa sallam said, “By the One in Whose Hand is my soul, there is idolatry more hidden than the crawling of an ant. Shall I not tell you something to say to rid you of it both minor and major? Say: “O Allah, I seek refuge in You that I associate partners with You while I know, and I seek Your Forgiveness for what I do not know."” 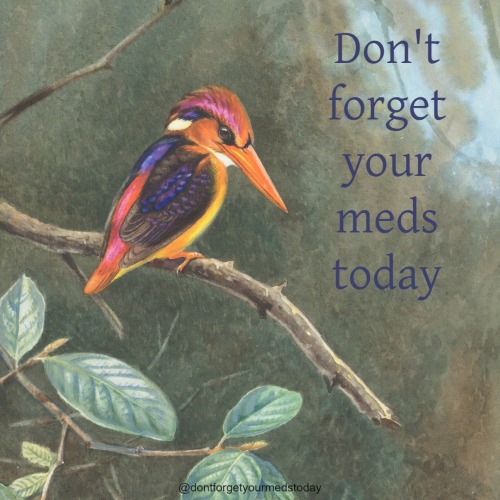 there is abundance in my life. and even if there isn’t, I am strong enough to create it.

you are loved, valued and worth being here ♡︎.

it does suck that you cant be friends or on good terms with everyone, but also, i think if you were, you wouldnt have a unique personality, you would be a hollow shell echoing the desires of others for what you be. trying to make everyone happy with you is your first step into losing yourself.

#mood, #reminders, #and fuck that
3 notes · See All
snekdoodText

some people will draw conclusions about you when they dont even know who you are, and those people arent worth pursuing or worrying about.

that sad song might be making you feel ten times worse. that blog you love might be triggering now. that one friend you can’t let go of might be hurting you more than helping you. it’s okay. you can let go of the things that were once helpful but aren’t anymore. we change and we grow and it’s not selfish to want better for yourself.