Margaery Tyrell and Renly Baratheon (GOT) - Credit if using

Are You Satisfied? MARINA

Renly and Loras at Highgarden.

By Margaery Tyrell. While saying “aggh”

Ok but like Renly could have won. Stannis thought he was gonna lose so he resorted to nefarious ways. If he hadn’t Renly would have probably defeated him. Then he would have Robb’s army on his side and they could have taken King’s Landing. Robb was already beating the Lannisters and Renly’s army was strong. He could have won and been king. And he would have been such a good king and he and Loras could still be together. If Stannis had played fair Renly would have been king by the end of season 2 and knowing that kills me because he could have done it. Instead he died going against the throne and didn’t get the burial or mourning he deserved. Loras had to steal his body to burry him properly where he couldn’t be disturbed.

Yes, I’ve been a proponent of that for a while. I even remember making a battle map with drink glasses in the vein of “now, my whiskey here is Stannis” at my first Con of Thrones. I want to say PQ was there too.

“Robert was the true steel. Stannis is pure iron, black and hard and strong, yes, but brittle, the way iron gets. He’ll break before he bends. And Renly, that one, he’s copper, bright and shiny, pretty to look at but not worth all that much at the end of the day… ”

King In The North and the Summer King #robb stark, #renly baratheon, #robb x renly, #renly x robb, #asoiafrarepairs, #asoiaf, #a song of ice and fire, #game of thrones, #my art, #please forgive my shitass anatomy this was very rushed, #anyway I know this pairing has literally no canon justification, #but I still love them idk, #also sorry the file is so big, #I misjudged some things
16 notes · See All
hawkeyescoffeewritesText

For: A weekend in the Stormlands day 3 @asoiafrarepairs​

- The war is over. Robb is still King in the North and he is on his way to meet the King that sit the iron throne at the end- Stannis Baratheon, but the man waiting for him was the handsome Hand of the King, Renly Baratheon. -

To say thar Robb was angry, was an understatement. He had traveled to Storm’s End, the ancient home of house Baratheon to have a meeting with newly seated King Stannis away from King’s Landing.

The war of the five King’s had been a gruesome affair, that had raged three long years. Robb was eighteen now, rough and tired from battle. All sites had made tremendous losses.

a clash of kings

Not really. Hand of the King is a job that demands an on-site presence. If someone tried anything while Jon was in King’s Landing, said person would be inviting royal reprimand because the Hand of the King is the second-most powerful position in Westeros. It’s the same for most of the small council. If Cortnay Penrose, for whatever reason, tried something at Storm’s End, a quick word from Renly to Robert would bring down the fury (although in this case, since Robert is also a Baratheon, he’d go anyway).

Sure he would, still not wise policy to do so.

Plus, given that Renly will be running Storm’s End, it’s actually quite sensible to have Renly on hand there, watching and learning from his regent and household staff. This would allow Renly to learn the specifics of Storm’s End such as what issues are likely to crop up from time to time, to make personal connections to the people he would be ruling, to take time to ride and learn his fief, and other things that would (hopefully) translate into more effective management of Storm’s End.

Given that Renly was in charge of Storm’s End, it was probably more prudent to have him educated there. Don’t want to leave the head of a powerful castle in the hands of someone else.

And before someone says “but Robert was fostered with Jon Arryn,” remember that Robert wasn’t the Lord of Storm’s End until he was 16, after Steffon died in the Windproud accident. The fostering with Jon Arryn was set up when Robert was younger.

Gethin Anthony, in Game of Thrones 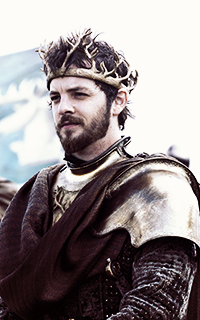 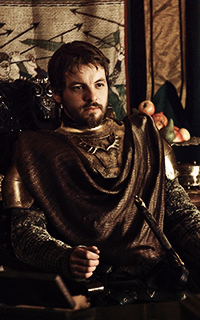 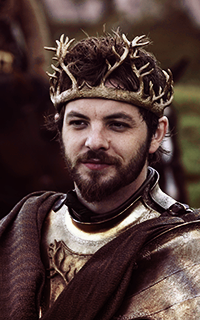 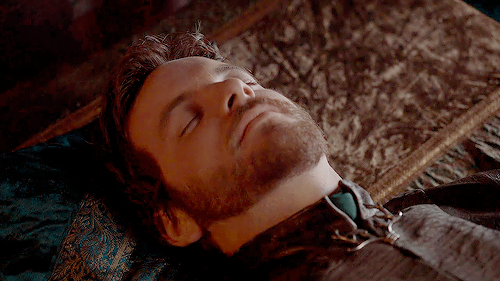 I don’t claim to be any sort of military expert, but in terms of the narrative, yeah, the author is leaving flags to show that Renly is making mistakes which squander his greatest strengths. He’s not bringing all his men. He’s throwing his knights blind into a charge. It’s not clear that he even had a plan beyond “charge.” He was doing almost everything he could to make his superior numbers mean nothing.

Which brings us to the nature of Renly’s political campaign as a whole. He’s not advertising himself as “we’ll tough it out and win” guy, he’s advertising as “glorious victories!” guy. This promise of glorious (and easy) victories is the thing uniting Renly’s rather fickle followers. A battlefield defeat for him at that point in ACoK, I suspect, may have been disproportionately demoralising to Renly’s followers.

Since the battle didn’t happen, we can’t say who would have won - but the author was clearly leaving it open to show that Stannis could have won, despite numerical disadvantages.

Still frames for a concept of a lannister golden years intro

#imagine the logo was at the top, #game of thrones, #a song of ice and fire, #asoiaf, #got, #game of thrones memes, #a song of ice and fire memes, #asoiaf memes, #comic, #art, #drawing, #cersei lannister, #jaime lannister, #tyrion lannister, #joffery baratheon, #robert baratheon, #stannis baratheon, #shireen baratheon, #renly baratheon, #loras tyrell, #melisandra, #tommon baratheon, #selyse florent, #davos seaworth, #margery tyrell, #the hound, #the character with there name next to them would be like there introduction in the ibtro, #i picture the full house theme is playing over it, #ive never drawn stannis before and he looks like a mess, #renly's fingers give me anxiety
11 notes · See All
incorrecticeandfirePhoto 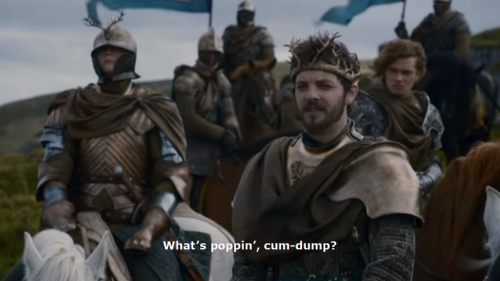 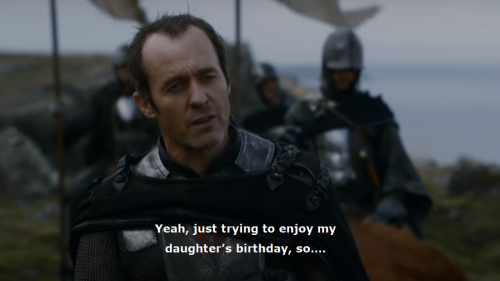