Nora scoffed. “Renny? Do that stupid challenge?” she crossed her arms under her bare breasts, bringing the large swells up into a considerable shelf, considering her height. “When he can have this anytime he wants?” she smirked, looking behind her. “What do you think, Renny? Wanna take a challenge where you can’t have this for an entire month?”

Soft breaths were her only answer, Nora sighing amusedly as she glanced back to see her precious boyfriend pressed against her back, and moaning softly as he thrust into her core, his hips making muted claps as they impacted against her backside.

Reason/Method For Failure: Nora. That’s All That Needs To Be Said. Nora.

Weiss is going to need Ruby to help her keep it together around her family.

Let’s face it guys, there were so many missed opportunities in volume 7 with Ren and Nora.

-“now you’re the king of the castle”

And let’s be honest, Renora should have happened in AT LEAST volume 5. Instead of their h o t handholding sesh, they should have smooched, and yeahsvdgeu.😚🤌

And now I’m patiently wait waiting for Ren to take a chill pill. 😃 Things are getting hella heated. 🥵 like god damn Ren, just give in and say sorry to your homies, and please just check up on Nora, she’s getting all depressed without you and her self esteem is 📉

Now I’m going on a rant, but like- after this episode today, it’s been really problematic.

Yang seems to be more worried about what Blake thinks of her, than her sister (simp). Ren is being an ass for the time being. I am scared for Oscars life. I am scared for Noras life. Qrow is getting depressed over his bf. And yeah. 🥲

#this is so ren and so well done, #renora, #lie ren, #nora valkyrie, #rwby season 7, #and some of 8, #rwby amv
2 notes · See All
just-another-obsessed-fangirlText

yang, ren, and jaune this episode really be like

in light of recent chapters. 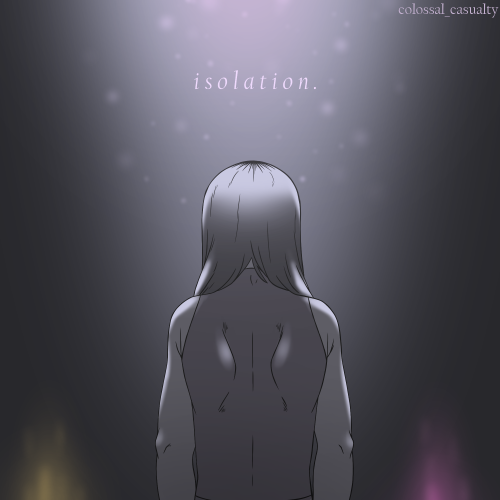 Nora “Like what? Be strong and hit stuff?” Valkyrie

Lie “just an orphan from the middle of nowhere” Ren

The amount of PAIN I am in

Help us get through this season together.

So I heard we are bashing on Jaune tonight. Thought I might as well join (✿◡‿◡)

Have a supercut of him being dense af.

(He is the goodest of bois though and I love him, so I mean this in the most loving way.)

Ren, confused: I have you pinned to the ground???

#rwby fanart, #lie ren, #nora valkyrie, #renora, #they’re both feeling hurt and risking themselves, #this was a happy piece before I saw the third episode and realized how much they need to define themselves, #hopefully when they meet up again they don’t lash out at each other, #rwby v8, #rwby spoilers
232 notes · See All
thuskindlyshescattersText

Ignoring the lil animation error on Ren’s collar (what can you do), I think part of the problem is Ren’s lack of faith in himself. Not just in them as Huntsmen, but in how he fails to fulfill the role.

On the surface, this line just seems like he’s prickly that Jaune and Yang needed rescuing, which stopped them from saving Oscar. But the thing is, Ren actually saved his friends’ lives! In a really clutch way, that no one but Ren could have done! That was exactly what Nora did last episode, so why isn’t he acknowledging that as a victory?

“I’m just an orphan from the middle of nowhere”

He finds his own inadequacies, his own flaws, to be inherent to himself. There’s no amount of training or experience at this point that could make him more than an orphan from the middle of nowhere. So what good is him saving his friends’ lives? He just failed in another way.

How is he going to get out of this?

Qrow: “And now, it just feels like a childish dream.”

Volume 8 Opening: “What we thought would change the world was just a childish dream.”

I don’t know if I want Fair Game/Renora parallels, considering how their disagreement turned out…

me: nora and ren are bi/bi solidarity

brother: well ren’s about to be bye bye so…

Is Rengst already a commonly used term in this fandom for Ren angst?

If not, I wanna suggest it. I have a feeling we’ll need it in future eps along the typical Yangst.

#go for it before its too late, #if i have to deal with these two idiots and their relationship issues then im gonna need to sleep, #like most people i guess i asumed she'd and ren would be the ones talking about feelings, #but having jaune be like cause HE KNOWS what its like is just, #chefs kiss, #my boy is like, #i am delighted, #yang xiao long, #jaune arc, #lie ren, #bumbleby, #renora, #arkos, #i guess kind of?, #rwby, #rwby volume 8 spoilers, #rwby vol 8
106 notes · See All
Next Page