Hope you’ve been having a blessed Holy Week! Resurrection Sunday is just a few days away. Here’s the biblical account. May grace and peace be multiplied to you! 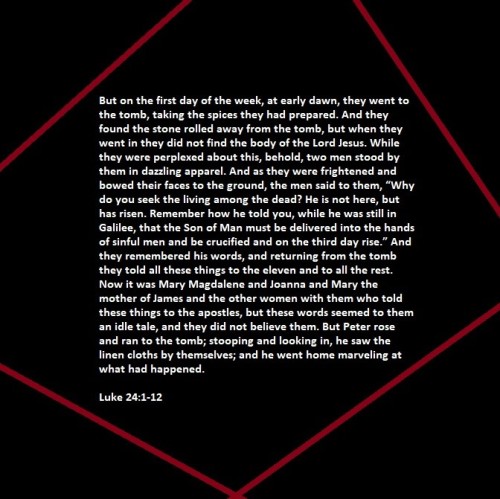 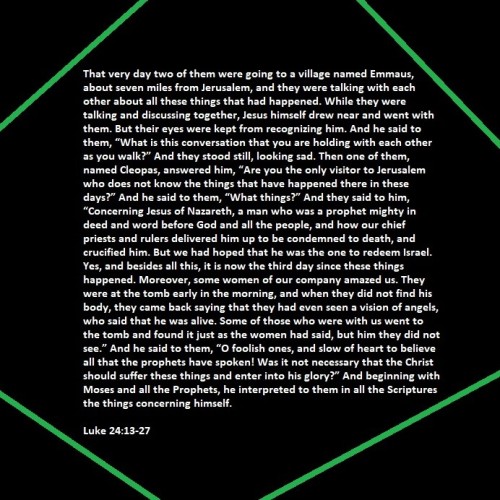 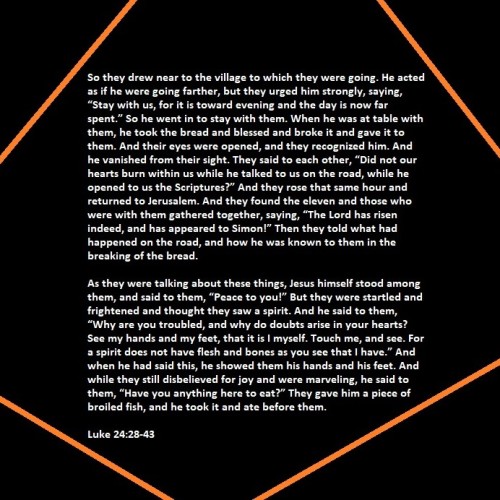 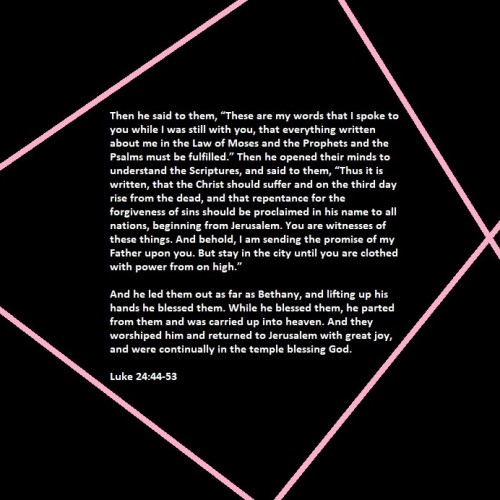 #repentance, #repent, #rainbow goth
0 notes · See All
tabernacleheartQuote
John Piper
#Love your enemies, #this is so important, #john Piper, #this is a vital distinction, #sincerity, #Jesus Christ, #saint Stephen, #saint Paul, #love, #the love of god, #unconditional love, #this is why I love being catholic, #conversion, #repentance, #salvation, #prayer, #remember this, #this is absolutely vital, #solid joys app, #I really love this, #do this
13 notes · See All
aiklahoriVideo

Night between 14-15 shaban is called “Laila tul bara’at”, the night of repentance.
a short clip about it and about preparing for Ramadan

Please do a lot of astaghfar, pray nafal prayers, recite Quran. And ask Allah to forgive us all and rid the whole world of this azaab/illness and its affects Ameen

I decided to go to confession for this year valentine’s day since I was lost in my season of searching His presence in my life.

Today, as I received the Sacrament of Reconciliation I feel so blessed and forgiven, not only by Him, but forgiven by myself as I admit my wrong doings for the past few years. I thought that my penance for my sins will be praying the rosary because I felt that I was so dirty because of my sins, but He sees the sincerity and purity of my heart when I’m stating my sins.

Thank you, Lord for your mercy. You are the Lord of Mercy and Lord of all.

Thither did we approach; and the first stair
Was marble white, so polished and so smooth,
I mirrored myself therein as I appear.
The second, tinct of deeper hue than perse,
Was of a calcined and uneven stone,
Cracked all asunder lengthwise and across.
The third, the uppermost rests massively,
Porphyry seemed to me, as flaming red
As blood that from a vein is spiriting forth.
Both his feet was holding upon this
The Angel of God, upon the threshold seated,
Which seemed to me a stone of diamond.

Bondanella’s Commentary: The significance of the three stairs have caused much controversy, but essentially they represent the three stages involved in the absolution of sin - contrition, confession, and penance. The specific descriptions of the steps have occasioned various interpretations: The white marble acts as a mirror to encourage self-reflection; the purple (“perse”) hue of the second step probably refers to the sinner’s recognition of his “broken” sinlessness; and the blood-red color probably refers to the saving blood of Christ in the Eucharist.

Flight of the Innocent

Lord Jesus, Son of the living God, have mercy on me, a sinner.

I swerved through a traffic light to pass a slower moving SUV (with obnoxious bumper stickers),

Who sped up to not let me pass, and I, in holy road rage, gunned my truck well over the limit,

Passing with a curse of disdain, speeding on in my indignation, struck your innocent winged friend in flight.

And I suddenly saw the whole world. Laying dead. Maybe half. Fluttering in the wake of ignorant pride and rage. Saying come Lord, Jesus. Come quickly.

#hollowknight oc, #hollow knight ocs, #hollowknight, #not my ocs, #my art, #my post, #Repentance, #Lemuel, #Nym, #digital art, #art, #training 12, #this was the longest, #and hardest, #digital drawing, #idk why they look like cards, #hope you like it, #have a nice day
14 notes · See All
heartsings77Photo

Romans 5:8
But God shows his love for us in that while we were still sinners, Christ died for us.

Psalm 97:10
O you who love the Lord, hate evil! He preserves the lives of his saints; he delivers them from the hand of the wicked.

Proverbs 6:16-19
There are six things that the Lord hates, seven that are an abomination to him: haughty eyes, a lying tongue, and hands that shed innocent blood, a heart that devises wicked plans, feet that make haste to run to evil, a false witness who breathes out lies, and one who sows discord among brothers.

John 3:16-17
For God so loved the world, that he gave his only Son, that whoever believes in him should not perish but have eternal life. For God did not send his Son into the world to condemn the world, but in order that the world might be saved through him. 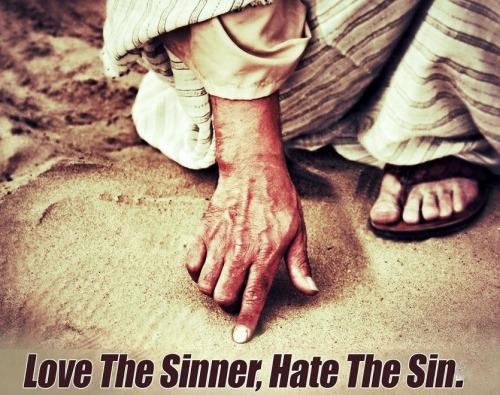 1. Look upon the lively examples of the holy Fathers, in whom true perfection and religion were most shining, and thou wilt see how little, and almost nothing, that is which we do.

Alas, what is our life, if compared to theirs?

The saints and friends of Christ served the Lord in hunger and thirst, in cold and nakedness, in labor and weariness, in watchings and fastings, in prayers and holy meditations, in persecutions and many reproaches (Heb 11:3-7). […]

5. Now he is thought great who is not a transgressor, and who can with patience endure what he hath undertaken.

6. Ah, the lukewarmness and negligence of our state, that we so quickly fall away from our former fervor, and are now even weary of living through sloth and tepidity.

Would to god that advancement in virtues was not wholly asleep in thee who hast so often seen many examples of the devout!

- St. Thomas a Kempis, The Imitation of Christ, Book 1, Chapter 18: Of the Examples of the Holy Fathers.

A brother in Christ asked this question: Will you ask The Lord if He is pleased with my wife’s repentance?

This is a post by Jing Zhu, a junior at Tulane University. By God’s grace she was baptized last semester on December 15th, 2019. Here is her testimony!

I started attending church when I was three years old after my parents became new believers. It became a regular part of my childhood and adolescence, but I didn’t really understand the point of going to church as a kid. It was mostly superficial for me until I heard the gospel at a youth group retreat in middle school. From that point on, I began to gain a greater understanding of who God is and what He has done for me. However, as a teenager, I didn’t fully comprehend the depth of my sin and my desperate need for a savior.

Besides John 3:16, one of the first Bible verses that I memorized was Romans 3:23 (“for all have sinned and fall short of the glory of God”). In my teenage mind, I wasn’t perfect, but I definitely didn’t think of myself as a sinner. I didn’t drink, party, smoke, or hook-up with people. I went to church and got good grades in school. However, my junior year of high school was when the reality of the ugliness of my sin (and sin in general) became apparent to me. As I dealt with my parents’ increasingly strained marriage, academic stress, and wounds from close friends, bitterness and anger festered in my heart.

But God, in His great love and mercy, not only continued to pursue me after I had withdrawn from Him, but also opened my eyes to the effects of my sin. I realized that my angry words and actions caused deep hurt to my parents, my friends, and myself. Most of all, I had deeply hurt God. I sinned against Him. Moreover, through His Word, God revealed that I’ve actually been doing so all of my life, in every aspect of my life. That makes me a sinner in great need of a Savior. I cannot be my own savior, only God can be that for me. Even when I was disobedient, He was faithful. He is faithful, and always will be. My life (and time in college) has been filled with reminders of His steadfast love.

Turning to Christ meant confessing my sin to Him and repenting of it. It meant running to Him full speed whenever I felt tempted to lash out in anger and bitterness. It meant loving others and forgiving others (even when they hurt me) because Christ loves and forgives me (even when I sin against Him). I had to turn away from my sin and gladly obey Him. Doing so was painful (and still is, if I’m being honest) because it meant that I had to repeatedly die to my own desires. But I know this: I am a new creation in Christ and am continually being made new because of what He has done for me. In my place, Jesus bore the righteous wrath of God. I have the highest hope in Him because He rose and is coming again.