Plastic eggs got a serious makeover when I used old paper and Modge Podge to cover them. Then I used scraps of fabric and stitched on them. After that I added embellishments. My goal: to make something my adult sons might actually display in their homes.

Our Fall decorations being put to good use:

They’re still pretty bulky. If necessary, I’ll transfer them to our “new arrivals” compost bin when the weather warms and the soldier fly larvae are active:

A night visit to the newly renovated Hotel Dieu in Lyon, France. From a 12th century hospital to a luxury shopping and gastronomy center and hotel 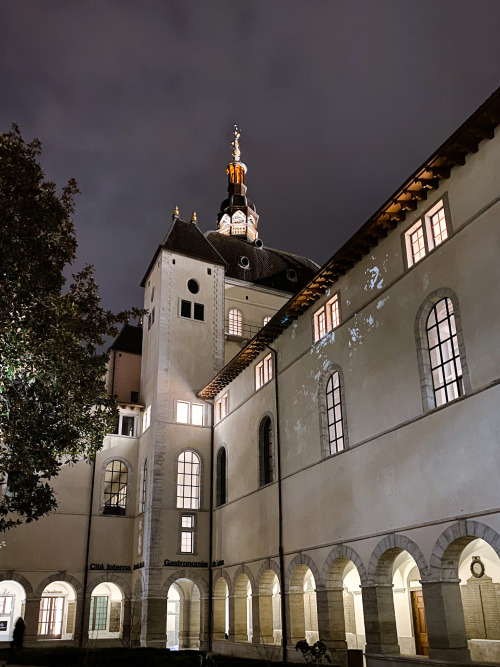 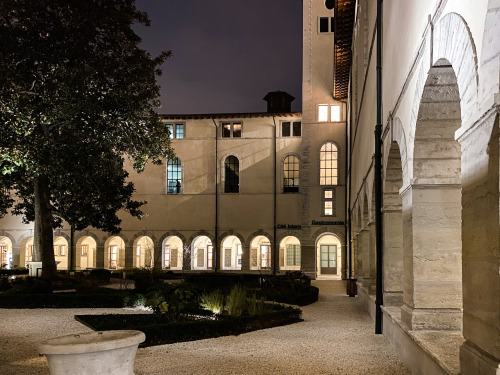 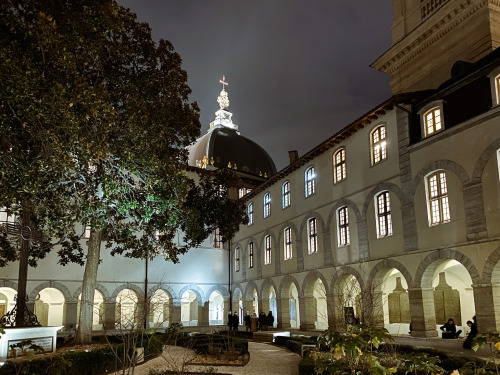 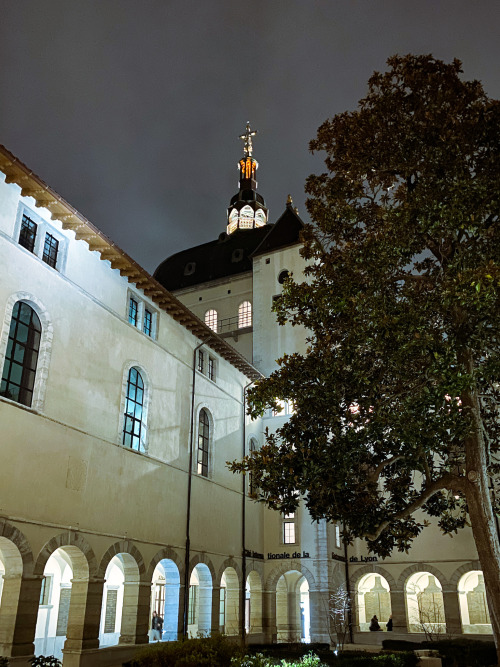 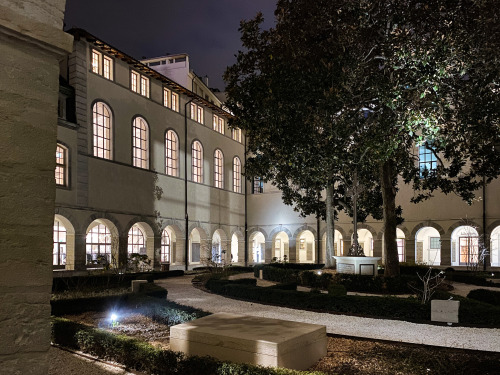 This is really unique….I love the bit bling the silver trays add to the towel rack! 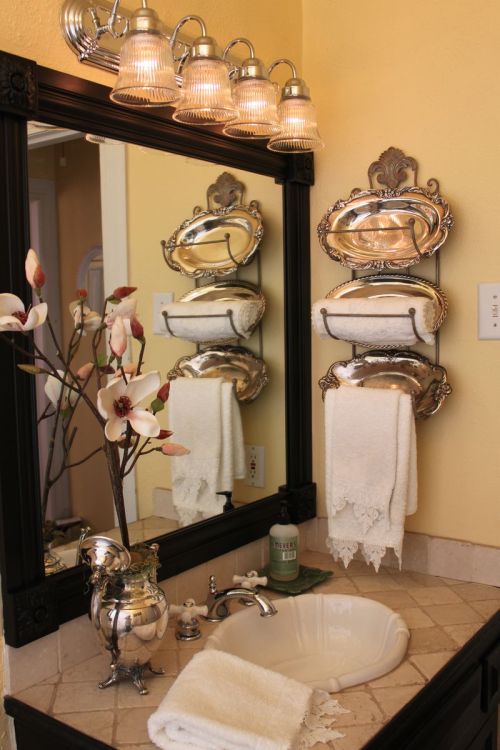 I like champagne as much as the next guy, but while others are grabbing a glass of bubbly, I’m grabbing the corks. I painted them white, painted faces on the, painted pointy toothpicks orange, added a dot of glue and stuck them in for noses. I used a stylus to poke holes for the nose and the screw eye on top of his head. I wrapped 3/8” ribbon and tied a knot for a scarf and used fibers for a hanger. Not pictured:the little red heart I painted on each snowman’s butt.

A friend gave me a damaged old shirt to repurpose and I’m cutting some cottagecore patches out of it! 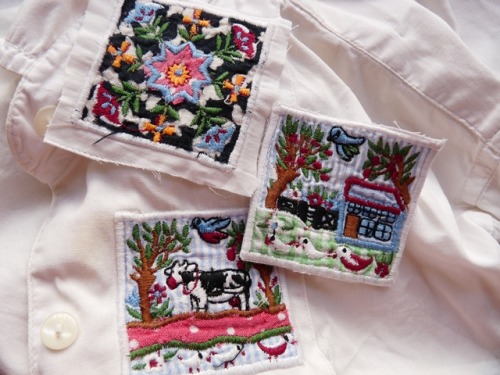 My wife asked me to take the dogs for a walk tonight. It is 47 degree in the City so the air was crisp and you could smell the smoke from people’s fireplaces. One of them was burning Magnolia wood. If you’ve never smelled burning Magnolia wood or leaves, it is a fragrant wood with spicy herbaceous and citrus aromas. While on the walk, I also saw these four pumpkins. They were sat on the curb for Monday morning trash pickup. I looked at the house. It had a single string of white lights along the eaves indicating the home owner had transitioned from Fall decorations to Christmas decorations two weeks before Thanksgiving … don’t get me started.

Anyway, the idea of these four perfectly good pumpkins going to waste annoyed me so I drove back over to that house, threw them in the back of the truck & brought them home. Even if they had been rotten, they could be used as compost but they were perfectly fine. If you were a pie person, you could have used them to make pumpkin pie. My wife and I aren’t big dessert people so we added them to the rest of our Fall display. At the end of November, I will hack the pumpkins open with a cleaver. I’ll collect the seeds and dry them in the oven at 250 for an hour or two. This turns them into bird seed. You could also make pepitas with the seeds if you’d rather you and your family eat them than the local wildlife. Google pepitas and you’ll find more recipes than you can shake a stick at. As for the rest of the pumpkin, I’ll dice it up and add it to the compost heap:

Signs of a changing Society

Anyone else remember when you used to go to a convenience store, for items you forgot to get at the grocery store… not to play the slot machines?

The purse that has a hole in it an loses all of your shit. You also look fucking stupid wearing it you poser. Perfect accessory for someone wanting to pretend they are an artist without any of the actual work. It also has no holding capacity anyways, regardless of the hole in the bottom of it. Please buy this! 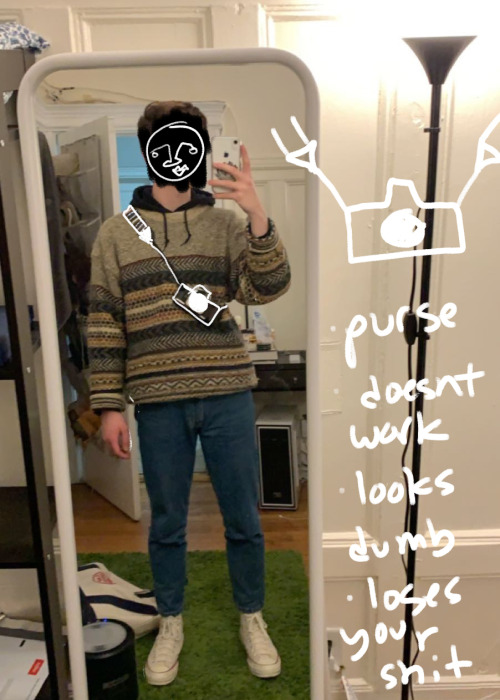 The unusable object. Constraints are added to make the object exist as it does in its current state, only now obstacles lay in the way to make its use near impossible. Perhaps something is added or it is completely remade with another material to look the same. Gatekept, restricted, functional, protected. 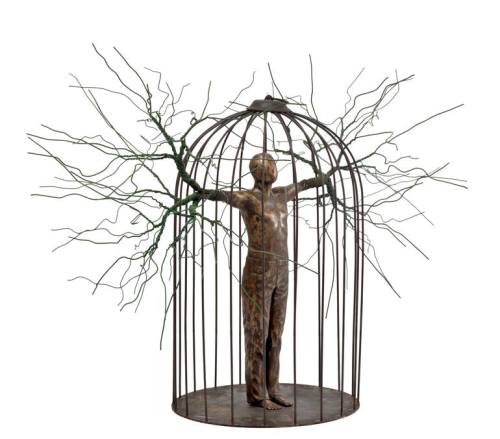 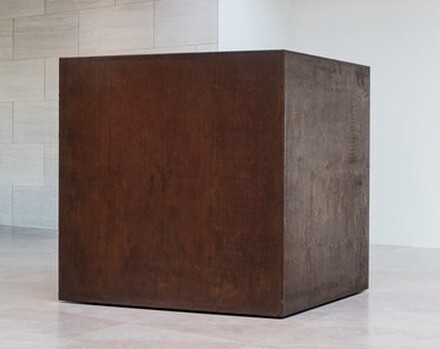 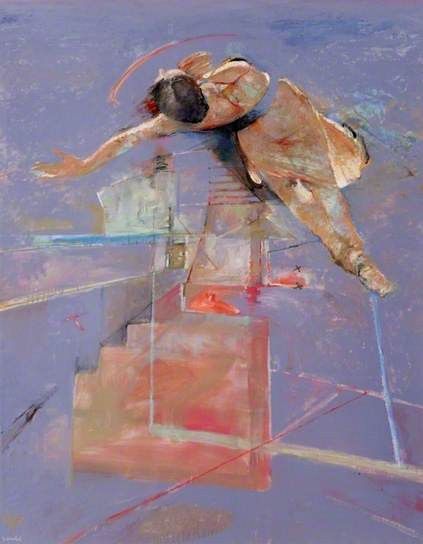 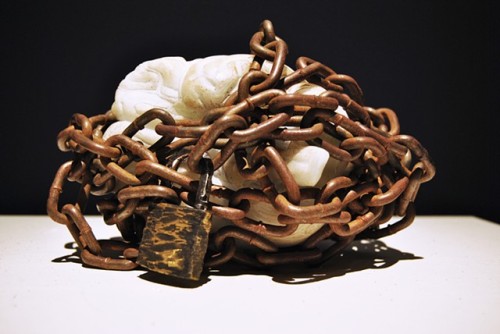 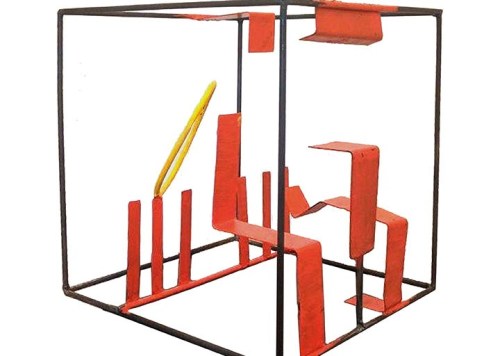 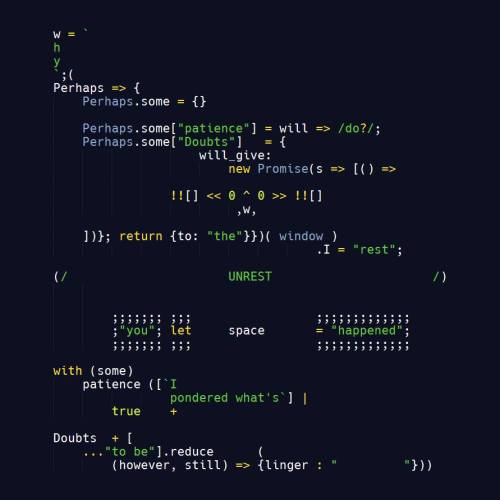 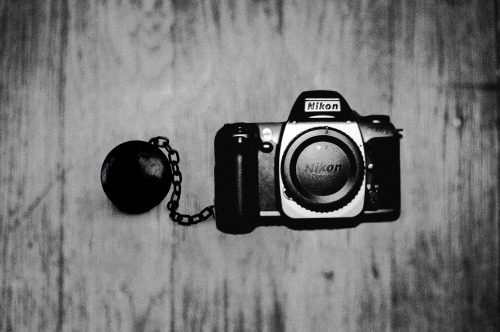 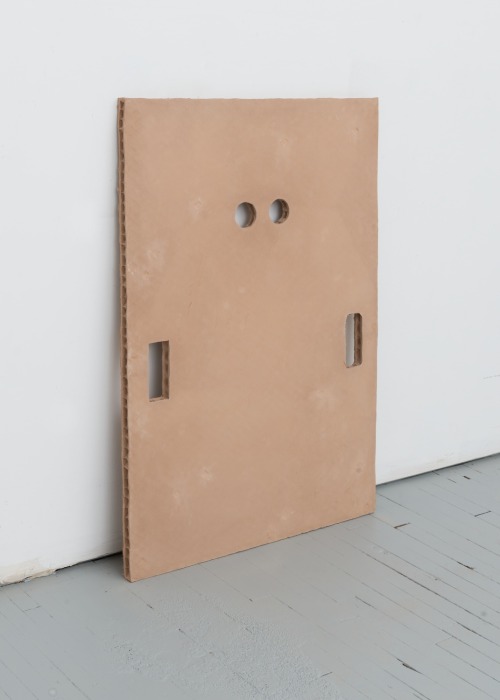 Years back, when I was working at a second-hand place, I saw a triangular bass enclosure with a hinged door, and thought (as any good cat person would), “Holy cow, that’d make a great cat thing of some sort or another!”

So I bought it, slapped some carpet samples on the outside and top, and hung a fuzzy mouse type thing inside.

When I moved houses last year, I’d left it in storage. But I got it back.

And I’m glad now that I did.  Nox protects the house now, from atop his pyramid.

**disclaimer* actually he sits up there and cries when I have the front door open but the screen closed, because he wants to come in, but it’s against the rules.

**double disclaimer** please don’t nag at me about letting my cats out.  The options right now are extremely limited - they have one room in the house they are allowed in.  We live on a dead-end gravel road, and they stay close because they are smart bubos.  Someday I will have a better, safer situation for them, but for now, this is what we have. 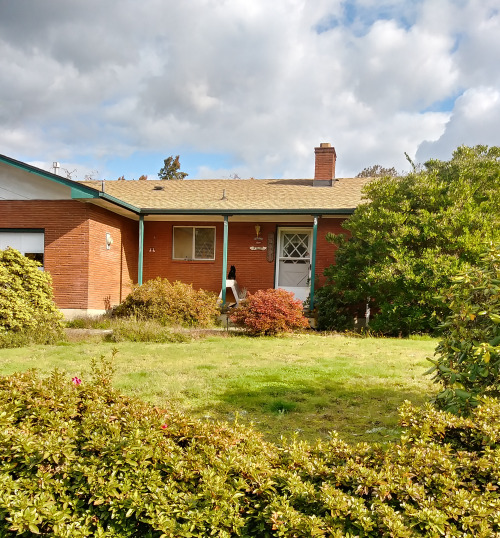 Here’s what I do with my leftover fabric and floss. This is for a game I made up because I am in charge of shennagins and games for our local annual rotary wine tasting trip. I call this game, “The best pairing.”

After stitching the words, I backed them with fabric and laminated them. I know my friends and they are spillers so I wanted to be sure they wouldn’t get by red wine stains. Then I punched a tiny hole and put beads, tiny rotary wheels and other things on the charm, exactly the same as the charms partner.

an old drawer i found and hung up. for all the tiny lovely things i find in life.

The reason why I was asking about the reliability and fees for Facebook market place is because not only am I thinking about selling something used of mine, but I’ve been wanting to get a sewing machine for a long time and actually found people in the area selling nice ones for only $50 dollars, which was once worth $200 dollars.

As you all know I’m all about buying used/thrift before I buy new. It saves money and it’s better for the environment.

What you probably didn’t know is that I have this goal. For 2019 I wanted to buy as little new clothes as I possibly could. I’ve added very few pieces to my wardrobe and have mostly thrifted and bought one item new, but it was handmade on Etsy. The only exception to this was when the weather first heated up in the spring and all my old stuff didn’t fit, so we went to target and got a tee shirt and a pair of shorts.

I didn’t entirely stay true to the goal but this is way better than how I’ve done in the past and I’m proud of myself.

A sewing machine would also let me use plain t-shirts or other plain and overlooked clothes from thrift stores as material for other projects. I already have a bundle of old jeans that my boyfriend was going to throw away because they were too ripped to give to goodwill that I’ve been saving for when I finally get a machine.

Honestly, my wildest dreams for the sewing machine is learning how to use and make my own patterns that way I can design whatever I want and make it from scratch. I have unique taste and love embroidery(to say I’m obsessed wouldn’t quite cut it) and I want to apply my skills to make all of my own clothes. I’ve been dreaming about expressing myself with what I wear but the idea of harming the environment, using sweatshop labor, or contributing to amazon makes me not want to do that. I’m going to get a machine eventually and start doing this that way I don’t have to keep buying cheap clothes at the mall which are going to give out after a few wears as retail has been doing as of late. I may or may not make a blog about it but I want to inspire people to stop contributing to this many faceted issue and learn to do so themselves, because it’s actually really easy to pick up a new skill.

I’m sure there’s going to be a lot of hiccups along the way, even after I acquire the machine and a few basic patterns. Finding shoes has also been proven to be difficult in a thrift store because it really relies on luck. I’ve found some really good flats I needed for my internship last year on the first try but when I try looking for heels or boots I still haven’t found anything after months. but I’m going to keep trying. I’ll post updates once I get the sewing machine.

My boyfriend just brought home a large TV monitor he found by the dumpster at our apartment complex. Besides the dust on it, the TV seemed fine until we tried plugging it in and it didn’t turn on.

Now he’s trying to figure out how to fix it. He says it just needs a part that he’s going to order on ebay. I know it doesn’t sound like a big deal but I’m glad that he has his own ways of salvaging junk from a landfill. Especially because dumpster diving is illegal in our area.

We have seen people diving anyway and we’re tempted to start doing that too, but we would rather not run into the police. For me that’s a big deal. I’ll send updates once we fix the monitor and decide to keep it or find a new home for it. 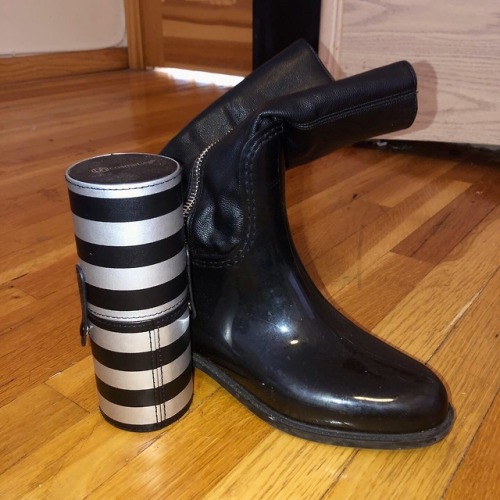 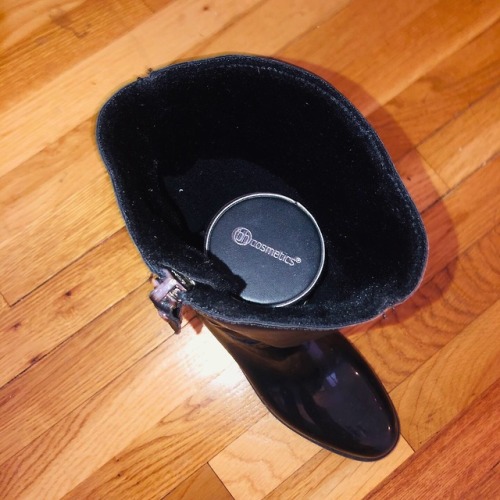 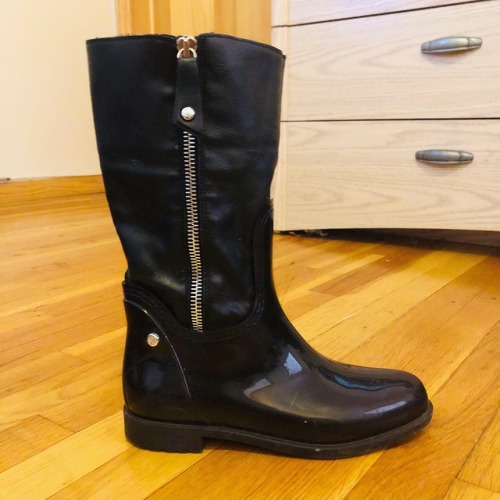 I was running a kids’ craft activity today and some of the supplies were packaged in these plastic bags. All 20 of each sized bag came home with me.

After a wash, the large bags will be perfect to use for my home baked Christmas gift treats. The small bags will be excellent for storing and gifting my saved vegie seeds in. 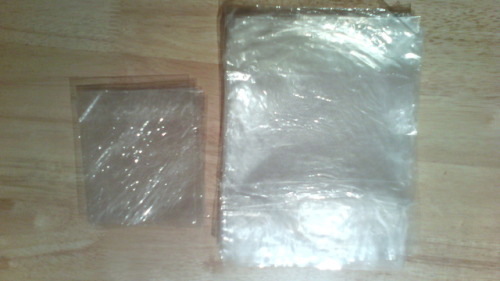 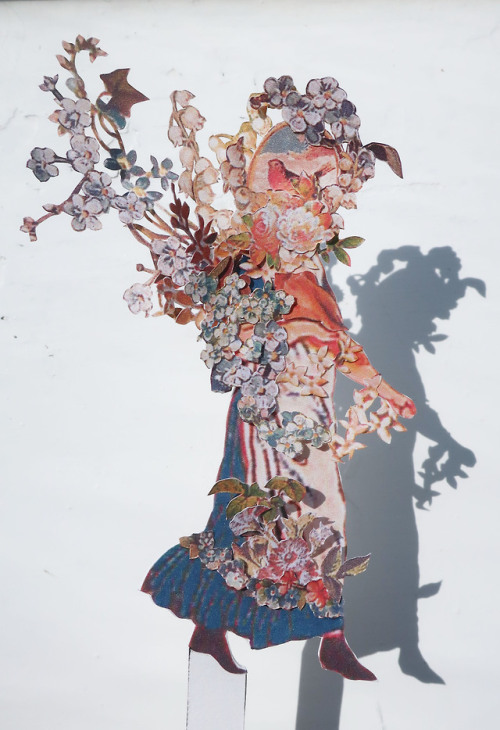 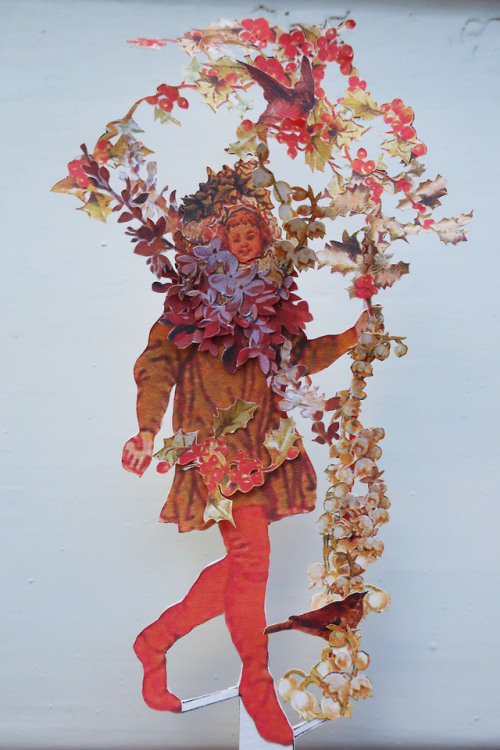