Sleeping in any position that isn’t laying down is incredibly difficult, especially if moving in any way puts you at risk. Restrain your whumpee, tie them up in a vulnerable position with their wrists above their head. This will ensure that if- no, when, they pass out it will put a strain on them. Sleeping will hurt their wrists and shoulders if it doesn’t cut off circulation completely. Or, for an extra flair, tie their hands behind their back in a way that if they put too much weight on it will dislocate their shoulder or break the bone entirely. This forces them to stay standing and awake the entire time.

To add to this you could put a spiked collar on them, of course, the spikes would be on the inside stabbing them. This way if they move their head in a certain way there is a risk of cutting an artery or puncturing their windpipe. With this on, they cannot afford to let their head lull, effectively cutting off any chance at rest.

Look at who’s back!! This is no promise that I’ll be back to regular posting but I am trying to get back into writing so I can hopefully start posting again.  This is short and idk how I feel about it but I decided against scrapping it.  Enjoy! <3

Simon wasn’t sure what time it was when he was startled awake, the bedroom almost pitch dark.  He was immediately aware of the weight on top of him, almost sitting up before the feeling of cold, sharp metal was pressed up underneath his chin.  He could see terrified, brown eyes locked on his, his attacker’s expression filled with fear, hate, and underneath all of it, determination.

“Don’t call me that,”  Oliver snapped, voice breaking.  His hands shook as he pushed the knife up against Simon’s throat, staring down hard at him.  “Don’t..don’t you f,fucking dare.”

For some people, sleeping is hard. Sleeping gets harder when they’re on a cold concrete floor. You don’t have to spare your whumpee a bed, or even a pillow or blanket. They can use their arm as a pillow, and, if they haven’t earned that, you can cuff their wrists to the floor or to each other behind their back. There’s no reason to give your whumpee any rest, especially not if they’re still fighting you. Not if they still have the will to resist. Make every moment torture, not just while you’re in the room.

On the contrary, if your whumpee has already broken, you can reward them. I’m sure after all that time with rough sleeping conditions that a simple blanket and pillow would be a wonderful reward. It would reinforce the idea that their living conditions are directly related to how well they behave and how beautifully they broke. You can go as far as to give them a sleeping bag, an air mattress, or even a small bed, if they’ve earned it. Remember, you don’t owe your whumpee anything. Each kindness is a mercy.

Named by @thewholeuniverseisrighthere Thank you for always editing for me!

Follow-up to Anacapa’s Own: Get to Know the Mer on Everyone’s Minds

The night is deep, the mer is alone.

He feels held in the warmth of it, as though he were still a small calf cradled in his mother’s arms.

The dark air is indistinguishable from the ocean, except for the difference in the inflation of lungs or the cool rush of water along gills. The sky above is full of stars, a bright full moon shining a stripe of light along a calm sea.

The mer slaps his tailfin to watch water burst upwards in a shimmer edged in white. Like smooth fishbelly just before he bites down, the pretty fish that live near the mating grounds. They shimmer like this.

What he loves most about the nights is the sky full of stars. The mer thinks sometimes the sky must be as deep as the darkest places beneath him, those places in the ocean where the weight of the water will flatten unlucky mer dragged down by the monsters that live in the trenches. Even the Big Teeth, the black-and-whites who sometimes talk to the mer families, wouldn’t go so deep even if they could breathe water like the mer.

What the monsters wait for, the mer don’t know.

But they know better than to find out.

The mer boy drifts with the softest dip and rise of the water beneath him, floating on his back looking up at the brilliance of stars. His fingers splay with the webbing stretched between them, settled out to either side. He can feel the water as it moves against the fin on his back, at his elbows, lapping just at the edges of his ears.

The water is getting colder.

The time the sun spends warming the upper layers is lessening each day, and so the mer knows that soon his family will come back.

They should have at least five new baby calves for him to meet, tucked beside their mothers. The others his age will have stories about the days spent exploring, scaring the brightly colored schools into scattering, burying themselves in sand. He will miss getting the chance to do it all himself, but the stories will help him enjoy the long swim towards the brightest star.

What he dreams about is when they’ll be back home in the coldest waters, where there is warmth that simmers beneath the earth to keep their dwellings comfortable in the village while they spend the winter doing slow, soft things. They will help the new calves grow and flourish, so they will be ready for the long swim to come again in spring.

He’s not worried - his pod will know where they lost him and come back.

He only has to wait.

He tilts his head, taking in a mouthful of water, spitting salt up into the sky and then closing his eyes tight as it splatters back down over his face. Waiting is… hard.

It feels like all he does is wait - he swims around in the same circles, suns his thick, smooth skin and shimmery iridescent scales on the same rocks, letting the sun dry the salt in his pale hair. Waiting is hard, but they will come to bring him home, soon soon soon, and he can wait for them.

At least there are many birds and fish here, so he won’t go hungry. And the ones who don’t swim are always interesting to see. They stumble around on legs, live only on the little lands that break up the oceans, and they’re always fun to say hello to.

The mer likes to smack his tail in the water to see their small dark eyes turn his way, and their unwebbed fingers like bits of driftwood pointing at him, the bright colors they drape on themselves like a beacon of poison, a warning, only the mer knows they don’t wear them that way.

They come out in big fake whales made of ringing metal that make it hard to hear under the water, but they smile and wave, and the mer has learned to wave back. Sometimes they throw him things, although other ones yell at them when they do. Sometimes the ones who all wear the same colors will come and sit by his favorite rock.

He likes them and their legs, but he likes the ocean more. He can’t imagine a life spent breathing only air.

Drifting in the water, he can feel, through the smallest vibrations in his fins and fingers, one of their big metal whales somewhere nearby, unseen in the dark. He turns his head and trains his eyes, thinking maybe he can see where the metal whale is blocking some of his view of the stars.

Then he hears it, low and mournful, and twists over to sink beneath the water and listen to see if he hears the sound again.

Not all of them, not even most, but he can hear their voices raised, some of them, together. They are singing, and calling out, for him. Missed you, missed you, come to us, come home. A shiver runs through the mer from where his hair drifts around him to the very tip of his tailfin’s long, fluttering edges.

His pod has come back.

I love this idea thank you so much for submitting it!  I hope the few small changes I made are ok, and I hope you all enjoy reading it!

“Please don’t do this!” The caretaker begged, pulling against their cuffs.  A short length of chain held them from getting to the whumpee, from helping the whumpee.

“Since you refuse to cooperate I guess you just don’t care about them,” the whumper ran a hand through the whumpee’s hair.

The whumpee was on their knees.  Their head was pulled taught by a chain looped around their neck hooked up to the ceiling.  They were struggling to stay conscious.  After hours of torture and days of sleep deprivation, they were so tired.  The lack of oxygen was almost too much to bear.

The whumper yanked the whumpee’s head back by their hair.

“Maybe I should just put them out of their misery if you aren’t going to try to save them,” the whumper pushed the whumpee’s head forwards.  They turned and pulled at the other end of the chain, yanking the whumpee up so the chain pulled against their neck.

The whumpee gasped, grabbing at the chain to try and loosen it.

“No! Stop it!  Stop please, please!” The caretaker yelled. 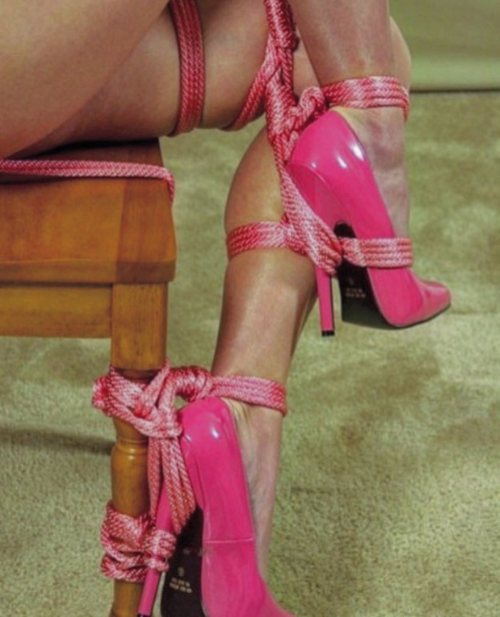 Oh good. I was worried for a moment there

There’s a special place in my heart for drugged up, giddy whumpees.

The Caretaker had found the Whumpee curled up in fear, sobbing and begging for it to stop. There are major injuries, and the Caretaker doesn’t want to put the Whumpee in more pain, so a quick shot of painkillers does the trick, at least for now. But strong pain meds -like opiates- can make you loopy. I wanna see the Whumpee who was previously cowering now hanging on the Caretaker.

Whumpees crying in relief, thanking their Caretaker for coming for them.

Whumpees that snuggle up to their Caretaker’s chest, murmuring about how pretty they looked and how lovely they are.

Caretakers frowning when a Whumpee talks about how they were sure Caretaker had forgotten, and replaced Whumpee, nonchalantly speaking with bright eyes. The Caretaker hating that they can’t fully reassure the Whumpee that it would never happen, because they’re too out of it to understand.

Whumpees that squirm and giggle, blood running down their temples and bones bent at angles that are just wrong.

I just love them, okay?

Whumpee waking up with a pounding head and feeling cold, the faints sound of birds and rustling leaves above them. Their eyes open slowly to near darkness. In the time it takes for their eyes to adjust, they try to move and find their arms tied back behind them. The image becomes clear and they find themself tied to a tree in the middle of a dark forest.

1503 in his new knee clamps. Puts him permanently on the knees. He just checks what is coming next. Jeans already open to turn him around!