And I said “Hey man, isn’t it poetic that the sky is what we leave behind?” 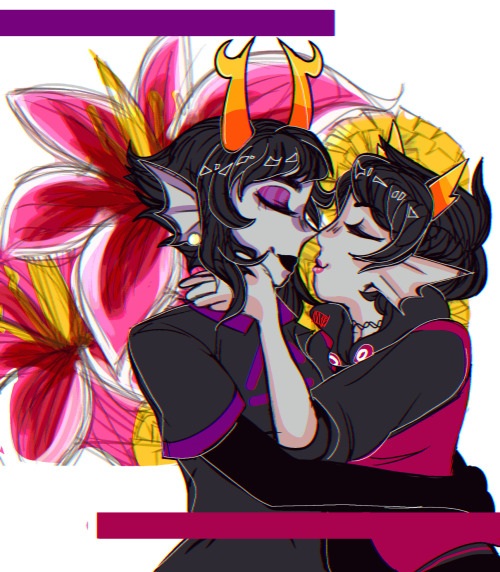 Has anyone else ever noticed this part of the Shadow Girls’ play from episode 13? Is it new??? Because it seems like pretty explicit confirmation that Anthy and Utena’s relationship is yuri–and by extension, romantic!

My favorite LGBT representation in media is Utena from Revolutionary Girl Utena. Depending on how you interpret her, she could be bisexual or a lesbian, with both carrying powerful messages about life as a WLW (with the lesbian interpretation being about how unhealthy compulsory heterosexuality is, seeing as how Touga and Akio manipulate her in ways that don’t work unless Utena feels she must be in love with a man, and the bisexual interpretation being a case of “be careful who you get involved with.”) Her relationship with Anthy starts off not-so-healthy, with Utena not really listening to Anthy’s feelings on matters, but she learns from her experiences, and ultimately helps Anthy leave Ohtori.

episode 1. Er, 2? depends on how much you hate the outdoors. I’ll go with 1. I already forgot what the episode’s name was from last time, but I bet it will show up again soon.

0.10 - Seems like different font for the intro subtitles, which is weird. Must be a contraindication of computer mold.

1.32 - I wonder if the spinning is going to mean anything. Probably not.

2.17 - For whom the rose smiles is the title. More evidence utena is popular with the ladies.

3.11 - Had a brief moment of terror thinking that magnolia waltz was a treasured european classic that I never heard of.

4.01 - Trying to suss out exactly what wakaba’s relationship is to utena. She certainly seems very touchy, though I’m not well versed in what the norms are for this in fiction.

5.46 - At first I thought the juxtaposition about casually playing a card came while talking about the end of the world was funny. Kind of like when a silent mother plays bridge, fully hooked into the latest apocalypse prediction yet with the same resolve that got them through the great depression. But when they put a joker down I have no fucking idea what game they’re playing and it made it just seem like they are placing cards down without any rules… which… okay. Oh also, the titular revolution is mentioned. No idea what incarnation though.

5.55 - Return of the stopwatch. Interesting. Reads a longer time this time.

6.35 - Okay, wakaba is in “best friend” status. I still wonder how much the mounting is intended to be considered a cross of boundaries. Also the student council apparently has more power than I thought.

7.01 - Maybe I’m just strange, but I find abandoned places to be more comforting than frequented ones. Only in cold places, though. Too many insects and then it flips around. Mice are not so bad. Wouldn’t want them crawling over one’s sleeping body, you know. Uh…

10.48 - I can see how a trans narritive is formed from this. A rejection of oppressive systems surrounding gender expression and relationships. Right now anshi seems like tradwife4ever, but we’ll see how that develops.

13.46 - So by vanish do they mean supernaturally or they just kill you. I kind of hope it is the latter because in a world of magic the idea that sometimes you just have to put a little elbow grease in is kind of great.

14.14 - I had the sudden realisation that that dot could be a bindi. Greater india is not so far away from japan.

15.49 - I understand the simularities. Also she looks fucking pissed in this freeze frame. Actually works this time, altogether.

16.47 - So are anshi’s powers normal for this world. I feel like this isn’t 100% established because utena refered to it as a “trick sword” and its all just a mirage or something. But that sword actually cut. Maybe it is intended to be ambiguous.

18.50 - is the song in the background of the duels literally just subjects they are learning. Last time is was question words in english. Anyway.

19.46 - that white rose came up like a censor bar. Guess the prince is a ghost or something.

20.23 - Mhm, okay, so I have a hunch that what they mean by revolution is just never going to be explained.

aw, okay looks like we were cheated of horses. why shadow women, did you mislead us? On a side note, I wonder how permanent those clothes assocories that anshi conjured are.

We’re at the halway point of this year. I want to say that things won’t get worse. But I wouldn’t dare to underestimate 2020

You think for a moment its done, but !NO! Now, the lesbians will ride horses across the sky, and you’ll love every moment of it!

Okay, this will be my life now. I am watching revolutionary girl utena, I believe is the name from a trusted source of recomendation. I don’t normally do a lot of fiction, but one must always start from zero.

DVD is the medium. Audio in japanese. Subtitles in English.

1.01 - Okay, partway through the intro. Song is alright. I always found the usage of a few english phrases to be a funny thing. Guess there’s swords in this.

1.34 - Seems like this is going to be more on the fantasy side based on the flying horses and I think the black lady has telekinesis? Maybe that was just a stylistic choice.

2.34 - Hope that this child narrator get’s revealed at some point. I enjoy the fact that utena is subsuming the role of prince.

2.43 - Oh, title is rose bride by the way, Should probably but that before hand. Ah well, first time is first.

2.50 - The crowd is awfully leggy. This makes me feel short.

3.08 - Wait, so is wakaba the exposition girl from before?

3.16 - Presumedly wakaba is refering to utena as the “boyfriend”. Looks like gender expression is going to be a theme. Interestingly, the subtitles say “she” but I heard “彼氏” （かれし）which is used to refer to men, like il mio ragazzo.

5.07 - Utena is wearing the boys unifrom, apparently. Cool, but I actually wouldn’t have guessed that. Are the boys showing that much leg? I hate to sound like a churchist! I do not find “modesty” to be a worthwhile prescription. However, it seems that she made her own uniform? Oh well, she is protagonist.

6.28 - I don’t like that the eye are drawn in front of the hair. Also more prince dialouge. Interestingly, despite having a conversation, utena is shown walking alone. Give us a chance to compare the boys’ uniforms!

7.15 - Smell is pretty directly linked to memory so this set up pleases me.

7.53 - Black lady gets hit ): . Also, just saw the boy’s uniforms, I think. They have pants, utena. The boys from the intro are there, so guess we’re gonna have some relationship themes, which is kind of in everything I guess so I don’t know why I was surprised.

8.24 - Ah fuck I’m going to be confusing these boys all the time. Anshi is easy, though.

9.05 - Hilariously dramatic music for what is apparently a student council meeting.

10.21 - So are they really just passing anshi around? Like property?

10.38 - Not sure if the 255 255 255 black at the beggining was supposed to be hiding the race of the prince because afterwards we see that the skin colour is normal, human black. Since she got the ring from that guy and I bet that japan can only deal with a few different races at a time, I’m guessing now that the prince is anshi before transitioning or something, Not sure if timelines are going to be a factor here, or if it was like, recent. Maybe daughter or something, I do not know. Seems like this is the setup.

12.52 - Get his ass! Dishonerable man. Love that there is a dueling forest. Reminds me of the childhood beating stick.

15:05 - This song reminds me of church rock because it has very light drama combined with the cadence of a chuior. I cannot take it sreiously.

15.49 - I appreciate the depth of animation. Also, is this castle always above the school? I know more than most that people often don’t look up, but damn.

16.48 - Maybe anshi isn’t the same as the prince because she looks so short here. Utena was shorter than the prince if I remember correctly.

16.57 - Why the hell do I pause it and talk when the answers are literally around the corner. This is a shit format that I have no doubt I will stick to to the end of time. Yeah, prince is taller and there is foreshadowing for some link with anshi.

17:21 - Is the english name of the university fucking robert e lee high or something?

21.15 - From what I’ve been seeing so far it is difficult to intepret the “I belong to you” metaphorically.

22.20 - okay song is not bad. I like the singer. Not too fond of guitars I guess. Whats with anshi holding the prince? Now I am unsure. Is this going to make metaphorical sense later? Better, I don’t want it to be some bullshit red herring to stave off the plot guessers.

23.09 - fate of anshi not looking promising based on the up next stinger.

i drew this like a week ago, but decided i would upload it today. let’s keep fighting and helping each other. 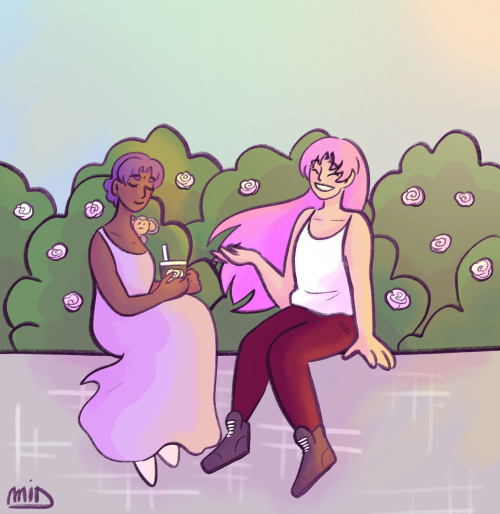 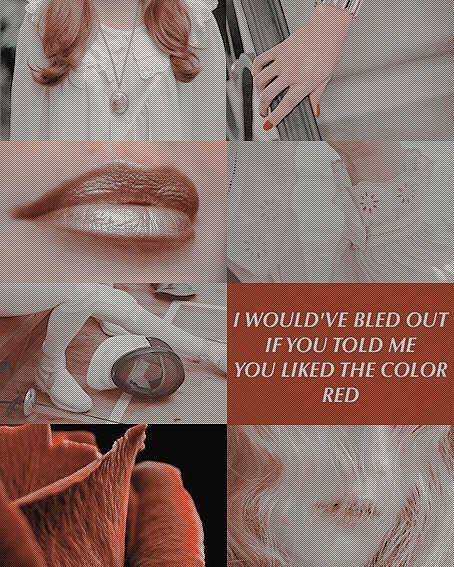 After having Lynn Anderson’s version of ‘I never promised you a rose garden’ stuck in my head all of quarantine, I finally got it out. Inspired by episode 38. 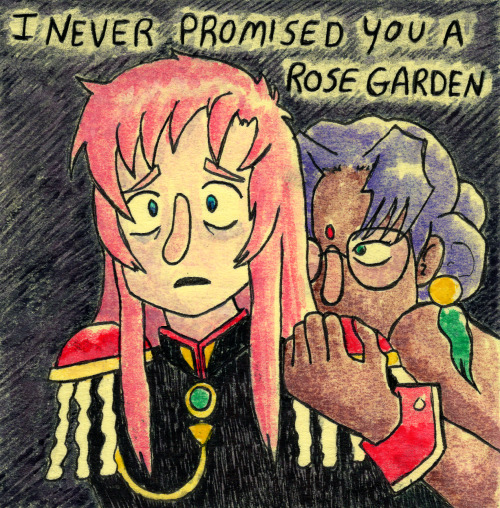 A girl who cannot become a Princess is doomed to become a Witch. 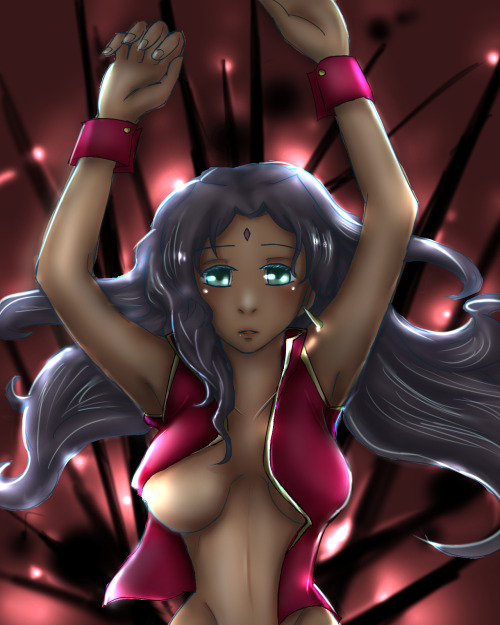 Y’all can call me Beep, I’m 17, and crying over fictional characters,