(Now, this is my interpretation of a canon character who doesn’t exactly have a character yet since his only appearance in the manga and anime is him as a baby so any changes Horikoshi makes to this character will not be set as it just should be considered an alternative universe.)

HE NEEDS MORE LOVE TOO

I DON’T SEE ENOUGH LOVE FOR HIM

Toshinori Yagi: “What on god’s green earth is a Chungalunga?” “AIZAWA EXPLAIN THIS LINGO TO ME, I DONT WANT TO GET BANGED!”

Shouta Aizawa: “Don’t get me involved.”

Enji Todoroki: “Why on earth would i know?”

Toshinori Yagi: “I was just enquiring if you also simp for this mothman fellow?”

Enji Todoroki: “What does that mean?” “Who is this mothman?” “A hero?” “Is he a worthy opponent?”

Toshinori Yagi: “I HAVE NO IDEA!!”

Keigo Takami: “What are these old farts talking about now?”

Ken Takagi: “Man, I don’t know, just don’t look at them, if we’re lucky they won’t involve us in their conversation.”

Wait, is this thing happening here:

The same as the thing happening here?

‘Cause if so, that means that not only was a lot of this:

not actually injuries inflicted by the heroes; but also for the entire fight, Shigaraki was not only fighting 1 V 9, but he was also suppressing AFO the whole time too. This was more like a 1 V 10 that he was still winning.

If he doesn’t come out on top at the end of this arc I’ll be so disappointed, because no one has earned this win more than Tomura.

Hizashi Yamada: “YEEEEAHHHHHHHHHHHHHHHH!!!!!” “PUBLIC SERVICE ANNOUNCEMENT TO ALL OUR LISTENERS!!!” “WE ALL LOVE YOU!!!!”❤️❤️❤️❤️❤️

Ken Takagi: “…..and the admin’s phone battery is dying, pfft what a joke.”

Admin Kari: “This is unacceptable so im gonna have to charge and get back in touch with you all soon!” “See you all later!!”

Oh okay! That would explain it. I haven’t watched the movie but I can totally see that happening.

Thank you for telling me anon!

Spinner: Get the fuck outta here with this “gays can’t drive” and “gays can’t cook” shit, I do BOTH. Don’t be disrespectful.
Rock Lock: But can you do math?
Spinner: Don’t. Don’t do this to me. 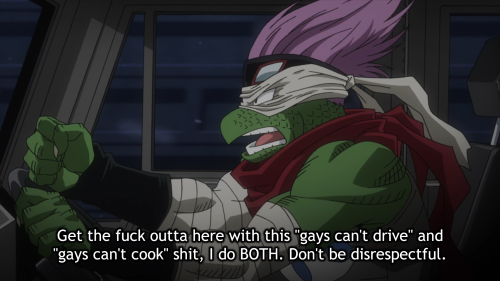 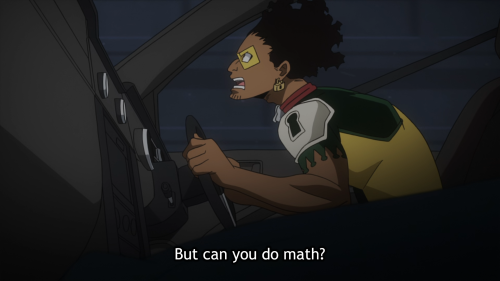 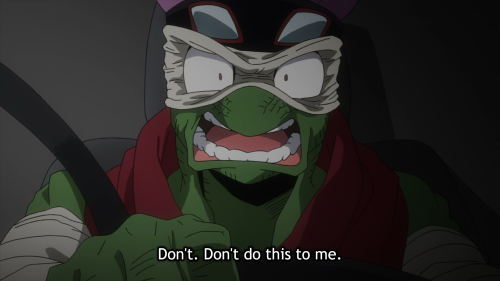 Rock Lock’s like the only adult in BNHA I respect

#sorry he’s so fucking rational, #Aizawa WISHES he could be like rock lock to be honest, #I mean everyone is competent but this dude is real, #rock lock, #takagi ken, #manga spoilers, #bnha spoilers, #bde live read, #bnha 285, #mha 285
293 notes · See All
scarletrain1724Text

Can we give a round of applause to Rock Lock who’s actually just as terrified as the audience  that literal 15 year olds are fighting a war:

He’s shaking, clenching his teeth, sweating in apprehension. He’s horrified on facing a battle of life and death. Kids are fighting  a war, the adults are even petrified and helpless in. As you can see, he still calls them ‘those kids’, which implies that even though he acknowledges them as heroes, they’re kids before that, that he can’t forget/deny that. The pause after ‘What am I saying’, shows his hesitation, emphasizing just how wrong this situation feels and his conflict. He has a son, a baby, and his parental instinct is kicking in a bit, here.

#rock lock, #Appreciation post, #Character analysis, #Love him, #I love his family so much, #His wife and baby are adorable, #spoilers, #Meta?
128 notes · See All
truebluecuriooText

WHY THE FUCK IS THERE AN UPDATE????

BUT SHIT HERE IT IS

I MEAN THEY’RE STRONG I’LL GIVE EM THAT

MY KIDS ARE GROWING UP

BUT WORST OF FUCKING ALL

WHAT THE FUCK IS THAT

WHAT THE FUCK IS

WE JUST CAN’T PUT A FUCKING BANDAID ON THAT WTF

CAN WE PUT AN ERI-BANDAID??? PROBS FUCKING NOT

SO WTF IS THAT

You know it’d actually be kinda cute seeing a bunch of other heroes taking care of Aizawa. Obviously not bc of the circumstance, but bc they might actually see him, ya know?

He tells them he doesn’t need help even though he’s obviously hurting physically and mentally, but they stick around anyways. Not just because of orders, but because they genuinely care about him. They see how he pushes himself to keep going. They see how frightened he is for the kids, them probably being the first thing he looks for while waking up in the hospital. They see how he tries to comfort Eri, always bending to her level to speak to her. How he tries to soothe her, saying none of this her fault, how his injuries don’t hurt that bad, how shes not responsible for any of this and doesn’t need to blame herself.

But what they notice most is how much blame he sets on himself. If he’d just gotten to the next room in time, maybe none of those heroes would’ve died. If he’d just kept his eyes open a little longer, the kids wouldn’t have gotten so injured. If he’d just done something…

Maybe all this would’ve never happened.