A bit of January 22nd history…

1905 - In St Petersburg, Russia, a large demonstration of workers led by Father Gapon, march to Winter Palace with a petition to the Tsar; troops fire on protesters in what becomes known as “Bloody Sunday”

1987 - Pennsylvanian politician R Budd Dwyer shoots and kills himself at a press conference on live national tv, leading to debates on boundaries of journalism

2018 - Netflix becomes the largest digital media and entertainment company in the world, worth $100 billion 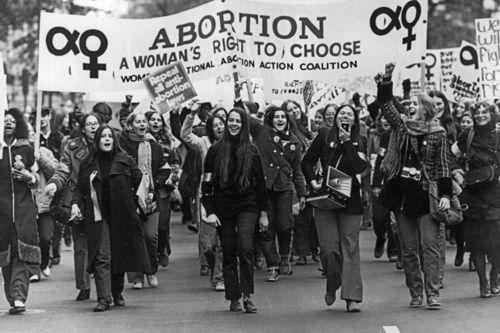 The Sanctity of Human Life

The Sanctity of Human Life

In one of his final acts before leaving office, President Donald Trump issued a proclamation declaring tomorrow, January 22nd, as “National Sanctity of Human Life Day.”
This celebration of life coincides with the anniversary of Roe v Wade, the Supreme Court’s 1973 landmark decision that allows a pregnant woman to abort her unborn child. Since then over 61 million unborn lives have been snuffed… 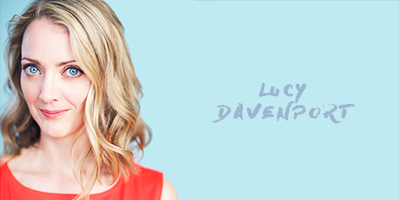 On this date one year ago today, “Crazy/Stupid Republican of the Day” first profiled Arkansas Governor Asa Hutchinson, who squints hard enough to try and convince himself he’s good at the job he’s held now since he won office in the 2014 elections. Hutchinson is also a former Congressman, who served three terms representing Arkansas’ 3rd Congressional District back from 1997-2001, giving him enough time to have served as one of the impeachment managers during the Clinton impeachment hearings, and ending when he resigned only months into his third term to take the job as the Administrator of the DEA during the Bush administration. After two years in that roll, the Bush administration allowed him to fail up into the role of leading the Border and Transportation Security Directorate. He resigned in 2005, because he was determined to become Governor of Arkansas in 2006.

Spoiler alert: He lost that year to Mike Beebe, and ended up kicking around GOP circles for four more years. It gave him time to do things like become a toady for the NRA, and come up with a “solution” after the Sandy Hook shooting that was “why don’t we put guns in schools, then?”

But yes, Hutchison won office in 2014, and somehow, with five years of leadership under his belt, his only noteworthy achievement was his desire to execute seven inmates in 11 days. What was the hurry in killing so many inmates on death row? Well, the expiration date on the lethal injection drugs was coming up, and you just can’t let that stuff go to waste, right? This would have been the first executions since 2005, and yet, Hutchison was foiled by the courts, who created stays of execution to prevent him from sending eight men to their graves.

Hutchison truly is a cold-hearted bastard, signing legislation in 2018 to force work requirements on recipients of Medicaid to collect their benefits… even though many of those recipients are disabled, and cannot work. Back in 2015, he released a statement that he would use whatever powers of his office he could to stop the settlement of Syrian refugees in Arkansas.

But of course, Hutchison claims to be “pro-life”. He’s already tried passing extreme anti-choice legislation like fetal heartbeat bills, and already jumped the gun and signed a bill that would criminalize abortion in Arkansas “when Roe v. Wade is overturned”.

At this point, Hutchison is a lame duck who is holding the seat once held by loon Mike Huckabee warm until Huckabee could properly groom his daughter as the Trump administration’s biggest propagandist to run for it in 2022, when Hutchison faces term limits. His legacy as governor is that he not only has been unable to take his state out of the Bottom Five in most categories like education, or economic growth, or poverty… he can’t even stop his own son, Asa Hutchison III from being a serial drunk driver (who was only required to serve one of 365 days in jail for his third offense, because hey, it’s the governor’s son.) His nephew Jeremy, of course, wasn’t as lucky, and is likely awaiting a prison sentence for bribery and tax fraud.

Asa Hutchinson is currently finishing out his term making the bold decision to keep essential services like water parks open and shrug in the face of the Covid-19 pandemic, getting countless people killed in his inaction.

A fitting legacy to his disastrous time in office.

From John Hospers, Libertarianism: a Political philosophy for Tomorrow
Though the regulations and taxes are enough to discourage anyone to the point of giving up, the effects have been especially harmful to racial minorities, such as black people. Many Blacks have had to leave farms in the South because of government intervention: the government paid large subsidies to the big farmers, but the…

Before the Roe v. Wade decision in 1973, there were few places women could go to get a legal abortion. For Princeton University students, as with many other American women, the most common option in the early 1970s was to go to New York after the state legalized abortion on April 10, 1970. Obtaining clear information about how to make an appointment for a procedure was not necessarily easy. These ads appeared in the Daily Princetonian on December 18, 1970. 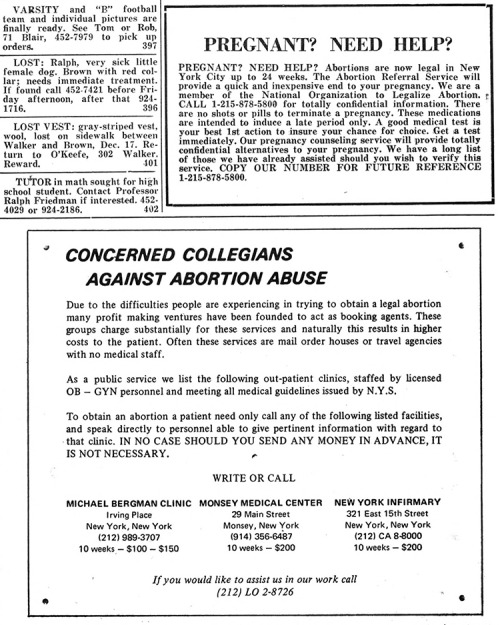 An estimated 62 million abortions have occurred since Roe v. Wade decision in 1973

An estimated 62 million abortions have occurred since Roe v. Wade decision in 1973

You know, if both parties kept their pants on, there wouldn’t have been the need for abortions. Friday marks the 48th anniversary of the landmark Supreme Court decision in Roe v. Wade, which has resulted in an estimated 62 million abortions, according to one analysis.
Continue reading

NATIONAL SANCTITY OF HUMAN LIFE DAY, 2021
– A PROCLAMATION BY THE PRESIDENT OF THE UNITED STATES OF AMERICA –
– DONALD J. TRUMP –
Every human life is a gift to the world.  Whether born or unborn, young or old,…

i know god is real and pro-choice bc when i was in eighth grade my class was going to go to the march for life but and even though i’m pro-choice my mom wanted me to go for the “experience” but when the day came it snowed too hard for us to drive to dc. and that’s divine intervention babey

@ReverendWarnock has been an advocate for women’s health and reproductive justice his entire life.

He believes in safe, affordable contraception and will support judges who will uphold Roe v. Wade. #GApol #DemCastGA

#GApol#DemCastGA#Roe v. Wade#reverend warnock
0 notes
hitmanbillymays
Text
What If Roe Fell
If Roe vs. Wade were weakened or overturned, abortion rights would be protected in less than half of the U.S. states and none of the U.S. te
reproductiverights.org

this map is an excellent tool showing where abortion rights will be most protected if roe v wade is overturned.

the teal states—washington state, oregon, new york, connecticut, and vermont are the states with the most protections and fewest limitations for abortion. yellow states are likely to protect abortions with some limitations, and the red states are expected to severely restrict or outright ban abortion.