Hey do you like my Hero? RP? Group RPs? Supportive people who will always have your back?

To join you need to add her and dm her about a role or if rather I (I wanna go home!#5870) can be a middle man of sorts and help get you into contact with her.

We need proheros and underrated characters the most. I know I for one want Fatgum.

Hope to see you there 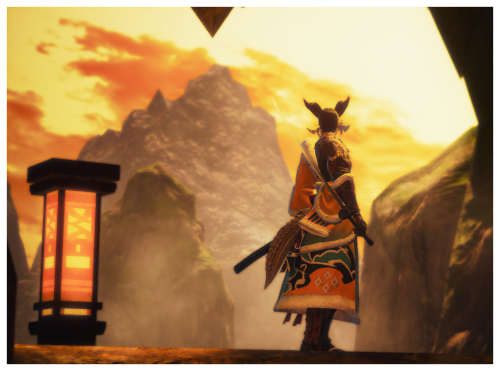 Check out this gorgeous little critter made for us by Dragonspirations ^_^. The colour scheme is inspired by amethysts.

Check out more of their gorgeous work here 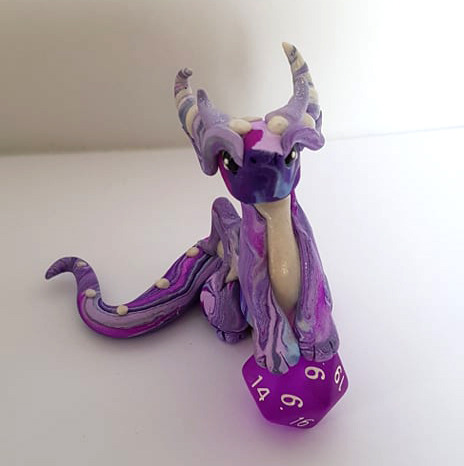 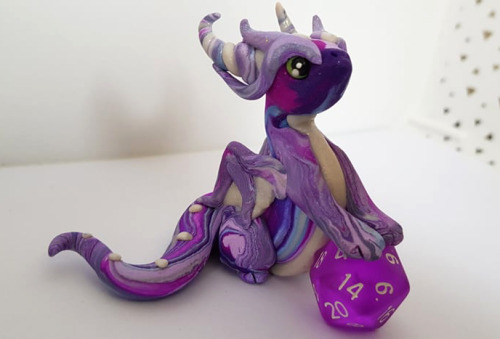 Another of the experimental dice jails. This one is entirely wooden. 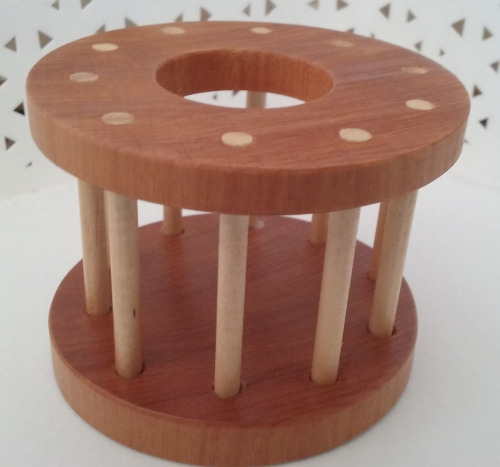 Upon arriving at the Ivory Tower (guild HQ), our heroes set about lying through their teeth, blocking the plumbing, flirting with robots, and exchanging secret messages. Domestic Goddess cleaned her interrogation room from top to bottom. Setback used coffee as a psychological weapon. Superclown showed off photos of his maybe-boyfriend Sven.

After leaving the Ivory Tower they caused a car accident, mugged an uber driver, and arranged to meet with a shady contact.

…did I mention they’re meant to be heroes?

Basil pesto and crackers were consumed, followed by apple and banana cake with strawberry, pomegranate, and kawakawa tea. Dogs were patted, became jealous of each other, and were patted some more.

(That’s a Bagthulhu in the background. I’m sure he had nothing to do with my players slowly turning evil) 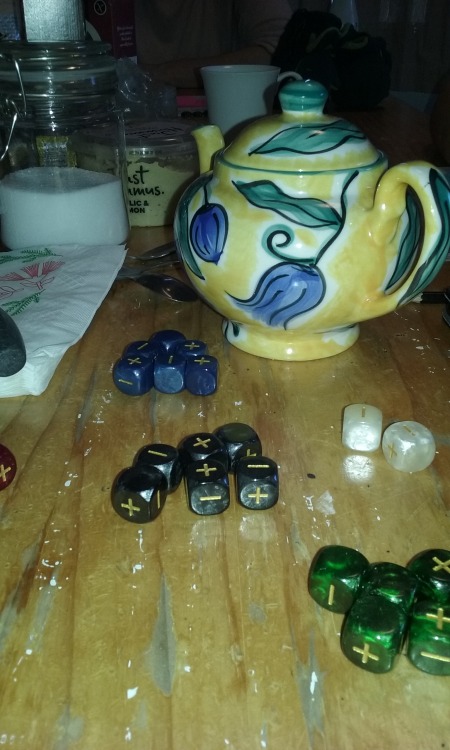 Check out these dice jail samples that just arrived.

We’ve partnered with some awesome folks who do beautiful handmade wooden items (mostly from french oak or recycled NZ native timber) to develop time out boxes for misbehaving dice.⠀
⠀
They come in two sizes (custom options available), with bronze or steel bars, and in the future we’ll have custom options for laser engraving designs/words on the top. The latin on on of the samples roughly translates to “we are here until we learn”.⠀
⠀
The question now is what to name them.⠀
⠀
We have a bunch of ideas, but we want to know your thoughts. Reblog and let us know your favourite names.⠀
⠀
Ideas:⠀
⠀
Cellblock D20⠀
Polyhedral Penitentiary⠀
Bad Dice⠀
Time Out⠀
Roll for Incarceration⠀
Dice Brig⠀
Das Brig⠀
Deviant Dice⠀
Outlaw Dice (honestly I’m probably gonna use this for future dice we get made because I love it)⠀
Department of Dice Corrections⠀ 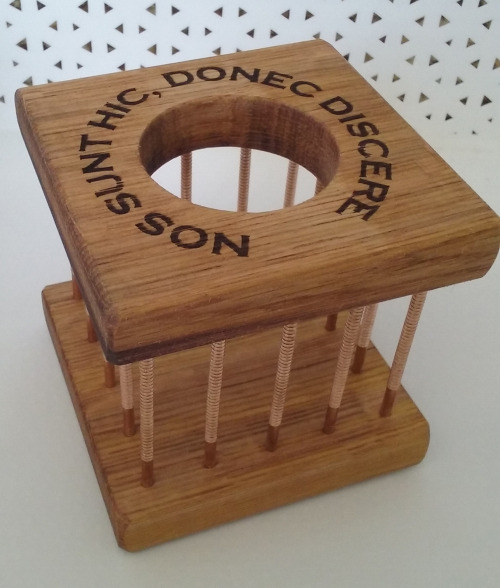 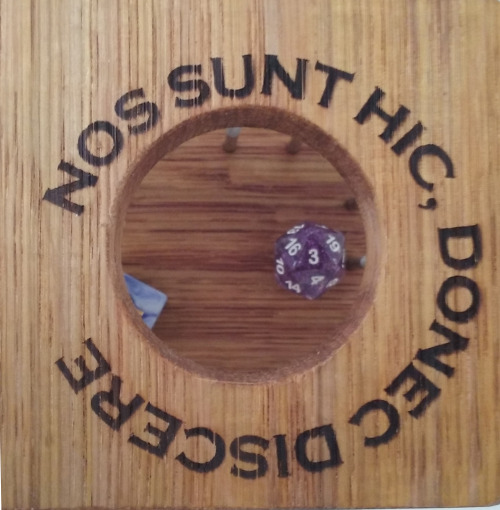 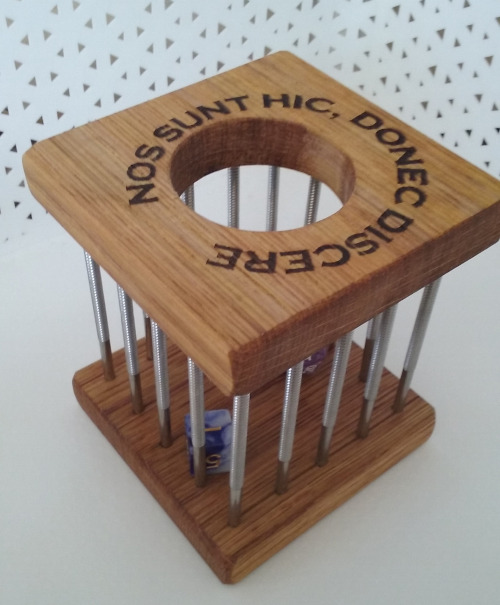 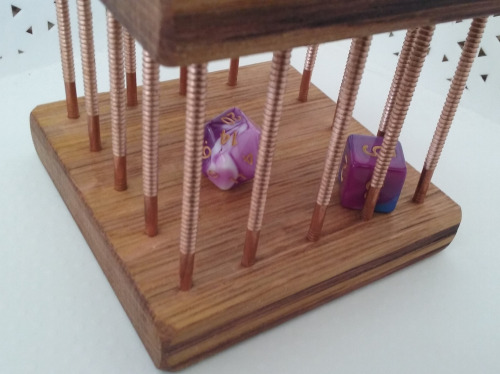 Dragon Bagon dice: For when you really want to burn that village to the ground.

Order a set of your very own here 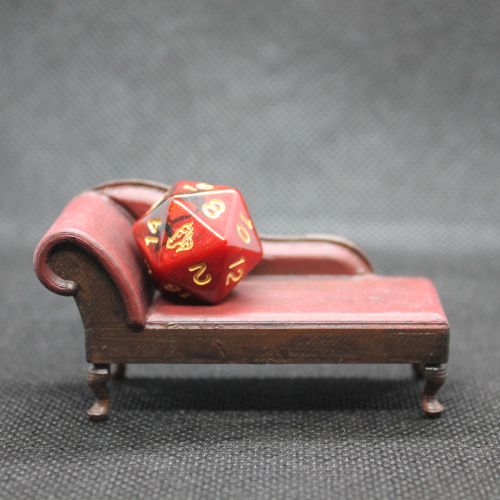 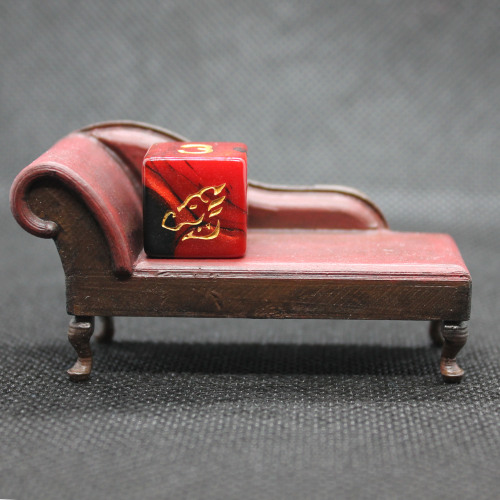 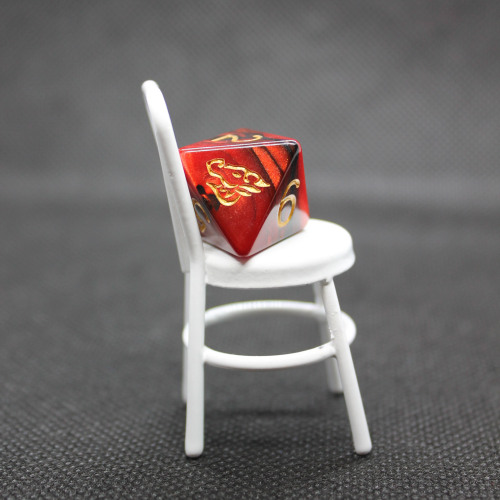 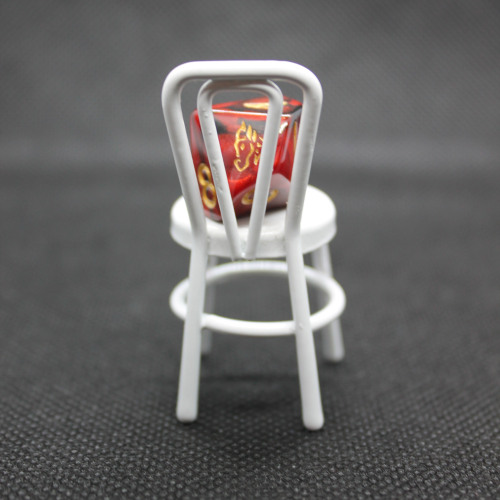 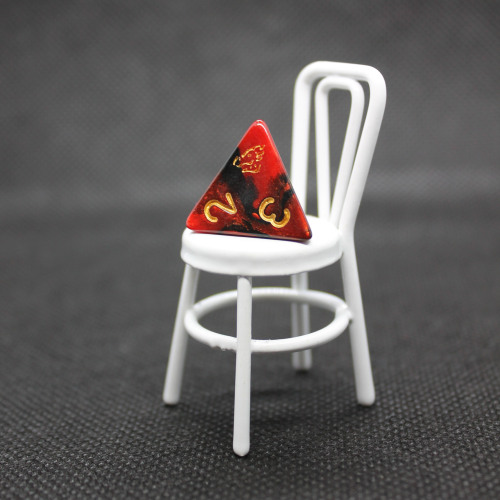 It’s a good thing that no one checked up on me during my tenure as The Village’s Graveyard Keeper. Not just because of the talking skull and the horrible shrine full of blood fountains. More because every time a human body was delivered, ready for a good Christian burial, I would take it down to my morgue and lay it on the prep table. Rather than embalming it, I would cut out chunks of meat, remove its skin and organs and even pop out its skull. Whatever’s left would go in a grave and have a nice stone cross affixed to the top of it. You know, to cover up the mutilated lump of a former human.

I bring up this mutilation not out of remorse (there isn’t any) but to demonstrate the biggest strength of Graveyard Keeper - there’s always something to do. Quests, and the skill tree, often bleed into each other so you need to do a little bit of everything in order to get to the ending. And while bits of Graveyard Keeper are stronger than others, it does a good job at giving you the tour. And for a good chunk of the game, it’s great fun burying these bodies while secretly trying to figure out how to get out of here. The big shame, however, is how quickly Graveyard Keeper runs out of steam.

“Let Them Fight”… I suppose… 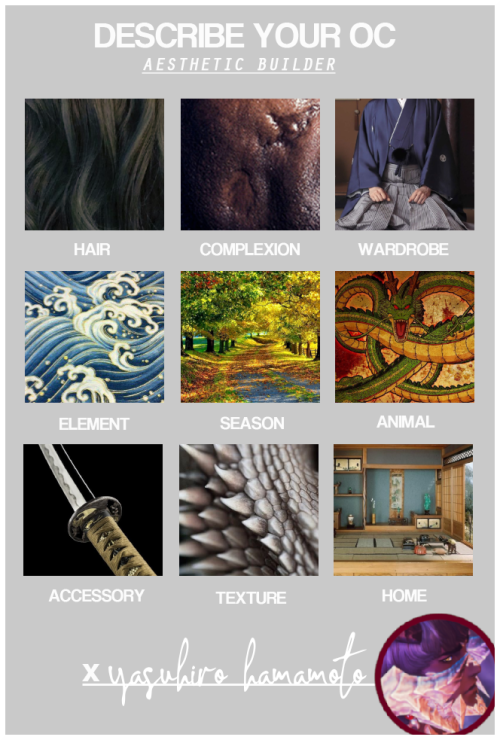 After spending a week waiting for contact from the guild, our heroes were finally summoned. After ‘improving’ their transportation, they arrived early and found themselves drinking with some guild employees.

Naturally their next move was to convince the guild employees to form a union and stage a strike outside the guild HQ.

Also, I made roasted hazelnut and chocolate mousse cake. 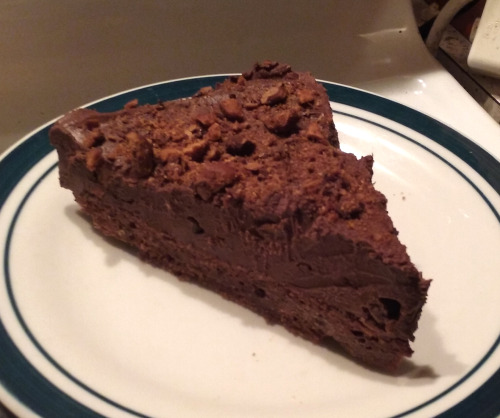 You can order an Elder Dragon Bagon here 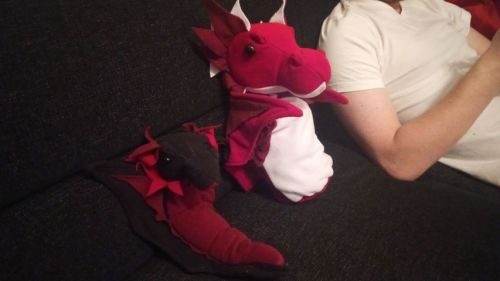 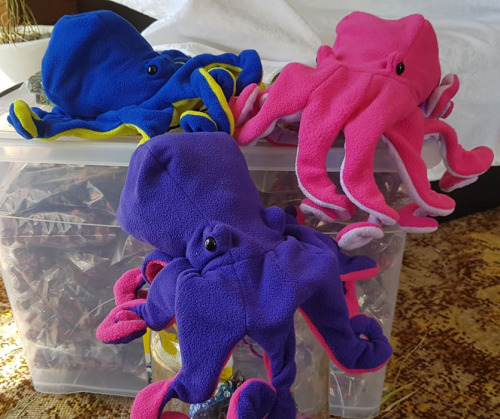 After receiving information from contacts in Shanghai, the investigators were joined by a mysterious gentleman offering his services as a bodyguard. They traveled to French Algiers for the funeral of Monsieur Hugh Leclerc. Mr Wilkins spoke eloquently at the service. Sadly, Mr Punchington was suffering ill effects from his unfortunate meeting with a dangerous and powerful entity that referred to itself as a god. His friends found a safe place where he could rest and (hopefully) recover before saying their goodbyes and moving on to Mombasa (Kenya).

Still grieving over the loss of her ancestral 12 gauge and revolver, she nevertheless decided she rather liked the two Lee Enfeild rifles she already had, one of them took down a hunting horror after all, and she still had her trusty knives.

No, she feels fine, thank you for asking.

Mr Jones spent his time chatting up the local reporters about the events leading up to the Carlyle massacre, and Mr Wilkins made friends with a hotel manager.

Everything points to Nairobi. They leave in the morning.

Nope, sorry! I have played some of the other peeps from potc, though not with great frequency. I do have quite a few potc OCs 😅 including a version of Gráinne Mhaol that ran away with the Fae and now sails around saving gals in distress, annnnnd a gal named Maevie from James’ past that had hoped to marry him, but things didn’t pan out that way, and she ended up getting saved by Gráinne and joined her crew (though in an rp she fished James out of the hurricane and eventually ended up married to him!). I don’t have any rp blogs for them though, hope that clears things up!

You finally caught THE captain america and now he was going to give you just what you wanted.

Guess who’s coming after Toria? Her best friend for life, Vincent, the lumberjack!

What’s amazing about him is that he’s so pure that even in Tinder he’s pure and just acting pure, lol

Other Player’s parties: “We should hoard potions and never ever use them because what if we need them later?”

My party: “Yo, pass me that Dumb Bitch Juice, I’m about to make some mistakes”