The door opens and someone comes in and a voice said

Ironwood: Pardon the delay, something important came up and I have to take care of ,the matter first

Ironwood But I’m here now, any progress on your part Watts

Watts: Oh. no worries, Ironwood, and about what you asked of me, it’s not easy breaking down Pietro’s Magical pseudo science.

Irowood: I’m sure you can think of something!

Watts::You know I missed that trusting giddy optimism of your James!

Ironwood: Well if you haven’t renegade and pretended to be dead., you wouldn’t be in this position now right?

then the two  was interrupted when Arthur Watts noticed someone is using Pietro Polendina credentials  and alarm goes all over the Atlas Military base.

While at the same time after the fight, Ruby Weiss, Blake and Penny, May and the wounded Nora has escape the Atlas base

On one hand, I’d rather CRWBY didn’t cliffhanger us going into the mini-hiatus.

On the other hand, if they do, they’d better cliffhanger us HARD

Made this RWBY AMV today… Featuring the “Tin Man” Ironwood… James as friends call him… General for everyone else…  I wanted to do an AMV for Ironwood since he is a pivotal character in Volume 8…  He’s stressed and losing his humanity as fast as his body parts…  Ironwood wants to protect Atlas at any cost… Including murder…  He’s steady relying on his own decisions and will not adhere to advice from anyone else…  Which will not take him anywhere good… Hope you enjoy my AMV… Keep a close eye out for the next one…  Thanks for watching!!!

I call this, “ the big gay panic “
based off this textpost! 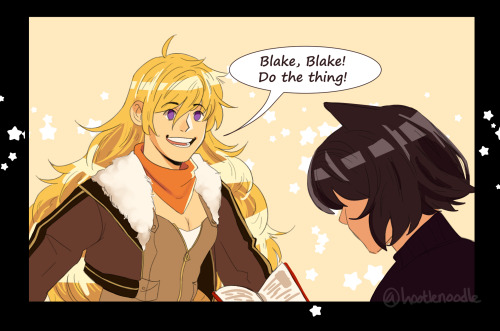 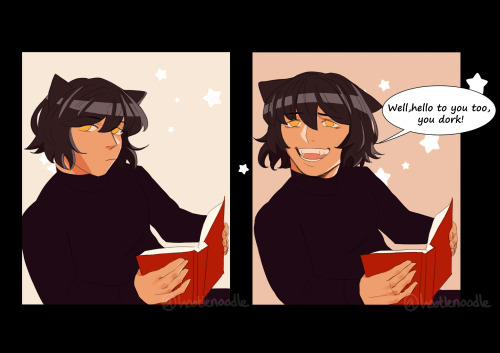 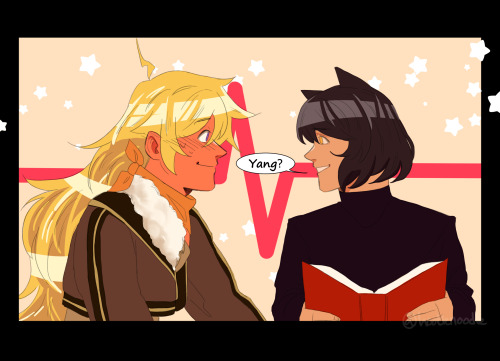 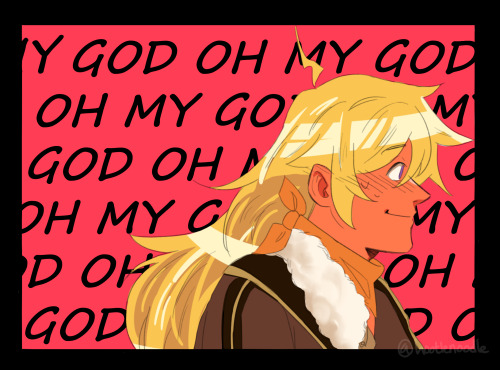 players and pieces is truly the best episode - you got quality content for the holy quadrinity of ships (whiterose, bumbleby, arkos, renora), sick ass weapons and fights, the relationships aren’t crumbling and falling to pieces yet, the gang has 72% less trauma, pyrrha is still alive-

this was not a heterosexual episode

“Do you even Sweat”

Yang and Blake have a jogging routine together every morning.and an hour has passed circling around and the two took a break resting Blake said to Yang

Blake: I have a personal question, if you don’t mind

Yang: I don’t mind, go ahead

Blake: Do you even sweat Yang?

Yang: What makes you say that?

Blake: Cause we been running for awhile, and I haven’t seen a drop of sweat from you?

Yang: Do you really want to know?

Yang: What? it’s the truth Blake!

Blake: Alright, it’s fine if you don’t want to tell me Yang! keep your secrets.then…

Ruby: Woah, that was fun and intense

Blake: Let’s not do that again

Weiss - “I don’t know loneliness like you do.  I have my own version.”

what content do y’all want from this blog? or what did you follow for? content of certain ships/characters? writing? edits? let me know, i have free time and i’d like to make some RWBY content for y’all ^~^ if you have a specific request, go ahead and send me that too!

Neptune has done it

Ruby and Weiss has done it

Ren and Oscar has done it

Even Blake has done it

Weiss: Does anyone of you, have seen my  favorite blade shoes?

Weiss: I’m pretty sure, it was just here….

Ruby: Huh? Your what now?

Weiss: I said MY BLADE SHOES….

Ruby: Okay, mailing us ourselves there,is really a bad idea….(gasp)

After Weiss is gone

Nora: Ooops, at least it works….

May: Is your friend like this all the time?

Blake: We’ve  gotten use to it, Weiss though…..

and when the smoke clear a irritated angry  voice came as that person on the  floor resting,for awhile screaming and she said at the same time, starting to get up slowly flustered annoyed exhausted panting

Weiss: I HAVE BEEN CIRCLING  AROUND BACK AND FORTH  IN THAT INFERNAL MACHINE FOR OVER 30 MINUTES…..

Ruby: Weiss your back!

Weiss: Not now and not a word Ruby…..