The first quarter moon is always very hard on my emotional and mental health. I’ve been peacefully meditating away from the internet and reading up on the healing power of crystals. I’ve ordered a few online and am awaiting their arrival to go towards my alter.

I had a really wonderful experience with rose quartz last week.

I suppose I need to backtrack to the start of last year for you to know the full extent of the story. At the start of last year I began dating a long time friend of mine. As life would have it in February his job took him out of state for a permanent relocation. I wasn’t ready to move just yet, and before I did relocate I needed to find a job. Well as life would have it unless you’ve been under a rock I’m sure you’re aware of the global pandemic. Needless to say it’s been nearly a year and we’ve been long distant. Due to being high risk I’ve haven’t been allowed to travel, and for my safety he has chosen to not fly here. He made the drive once during the warm weather, but it took a day and a half to get here. We were happy to reunite and it was a wonderful few days together, but this has been very heard on our relationship. We knew we’d be apart for sometime, but we didn’t realize how long.

The last few weeks have been especially rough, with my mental health on the decline I’ve been emotionally apathetic. Last week he shut down and told me he didn’t want to talk to me for a bit because he wasn’t sure if we would last. Once upon a time we were planning our future together, talking about our future home, our kids, our pets, but now we were at our worst. We weren’t fighting we just weren’t talking. I took the time to recharge my rose quartz on my makeshift alter in the sunlight. That evening I channeled my energy into the crystal and slept with it under my pillow. The next day I woke up to an apology text. We’re on a good path currently. We’re not strong, but we’re healing slowly and heading in a positive direction. 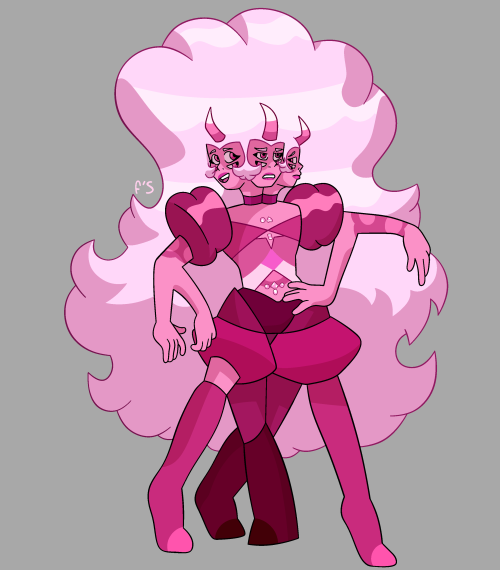 Made these really cute love spell cauldrons for my Etsy shop 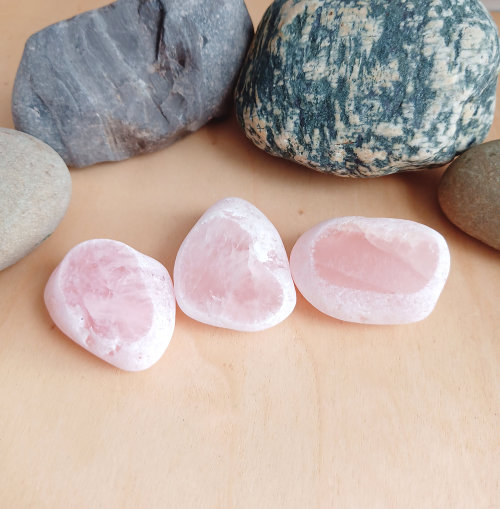 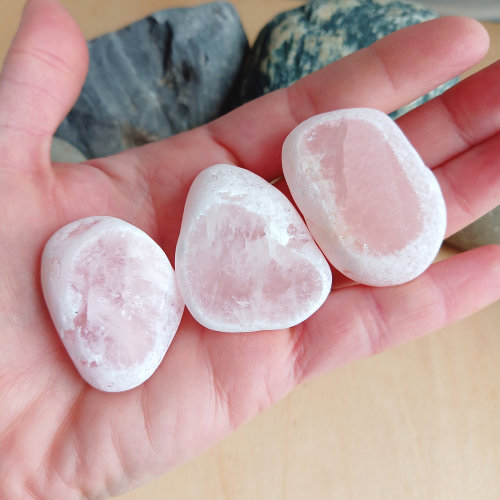 the same thing happened to me

check out my depop on my link tree to purchase these sweet rose candles with rose quartz at the bottom! the purchase also includes my february sticker set!! 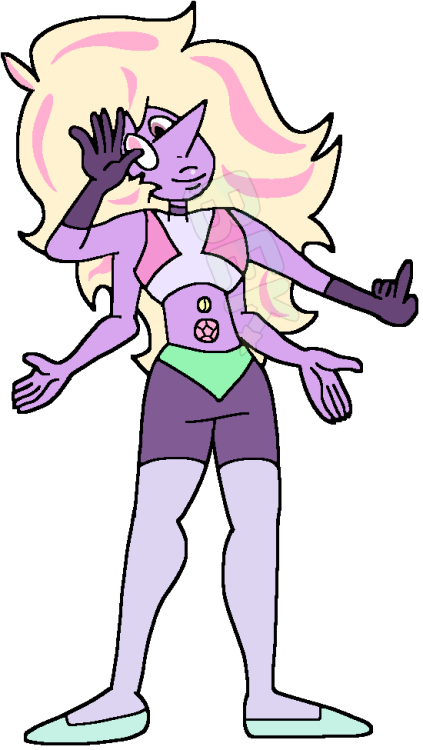 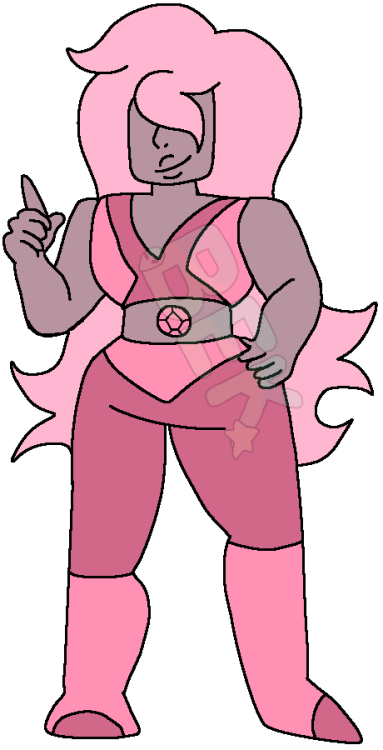 Lately been trying to figure out fresh new styles to make for my little business. I been making stretchy bracelets for years and then few months back I learned to make shambala bracelets using the square knot technique. Now I just recently done my first Mala 📿!

Watch “Pink Diamond is Kind of a Bad Person” on YouTube

Everybody watch this video and get your heads out of your ass’s. Like fr i’m so done with this fandoms bs.

I ordered these gems from @raghavinternational​ ‘s Etsy shop a few weeks ago and they arrived today. I ordered 11 individual stones, but received 17 instead, which was a nice surprise. They’re small, so my camera had some troubles when I was taking pictures, but I’ll try to get better ones in the future!

The first type of stone is grey moonstone. I received 2 extra stones.

The second type is rose quartz. I received 1 extra stone.

The next type of stone is rainbow moonstone. I received 2 extras. The blue is much more impressive in person, which I’m happy about.

These next stones are Ethiopian opal. These two were the smallest, and were a bit tricky to get photos of. They have beautiful color in person, but my normal camera, as well as phone camera, were both being stubborn. I received 1 extra of this cut.

This stone is my favorite of the bunch. It has beautiful color (which, once again, my cameras didn’t like to deal with). I’ll be uploading a video of it shortly.

The total weight of the stones is around 11 carats.

I’ve had one of the best days that I’ve had in a long time! I went to go visit my spiritual mentor (my boyfriend likes to call her the soap witch lady 😂) and feel so relieved. She runs an apocathary out of her home and we made a batch of soap that I got to take home, sorted her crystals for sale, and she showed me how to use a singing bowl. She knows I’ve had a rough month since my accident so she put this giant rose quartz next to me to help me relax and gave me several crystals for healing and anxiety. The soap is setting over night, but I’ll post pictures tomorrow when I cut it to dry! I hope you all had a lovely Saturday 💜

How are you? This is saggie. I am writing you from the physical realm so you will receive my message in the spiritual realm. I wanted to say thank you and that I appreciate the gifts that you have granted me. I also want to acknowledge and show my gratitude to my dear Pisces moon. She gave me guidance, protection, and most importantly, she rescued me. Yesterday she freed me from her waters and brought me back to reality. I feel like my young spirit died then birthed a new spirit that the ones call growth. I see you Athena anyway I can suddenly breathe again… Where was I? I was trapped and left to view the mirrors that surrounds Neptune’s core and left to sink in the mist of her dangerous waters. I drowned but was later freed by Penelope. She wants me to participate in a different destiny and now I am in alignment and alive.

stinky shit take: pearls love for rose was not reciprocated and/or was based on a weird “pearl gem programming” that forced her to love her or something

wired take: the feelings they had for each other were reciprocated but the mutual idolization they felt towards the other couldn’t ever allow them to truly know, connect and relate to each other. it was a relationship of alienation coming from the fear of not being accepted by the other person for who they actually are. instead, both of them find themselves playing a comfort fantasy, a character that they think fulfills what the other expects of them, and this exactly would be the very same flaw that in the end would strain the spark of their relationship.

So I made these Natural Rose Quartz pendants - they were pretty big; measuring about 25mm each. I put them on my hand to give you an idea of their size. Designing these as earrings would have been pretty disastrous for a person who doesn’t want stretched ear lobes. But these made great pendants! They were wire wrapped with Sterling Silver and each bail was adorned with either a pearl or another rose quartz in bead form. I think they look majestic, what do you think? 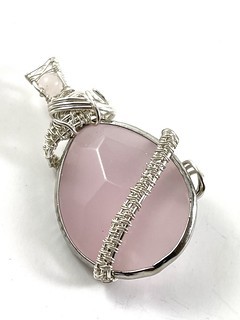 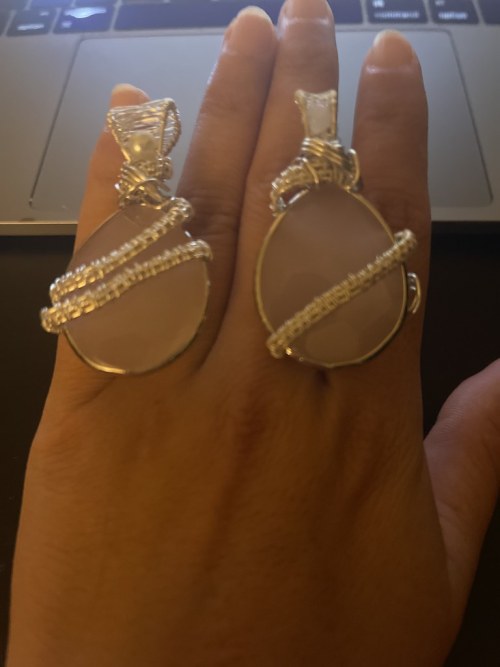