I may not know who I am or where I belong, but I’m gonna find out here. With the people I love. 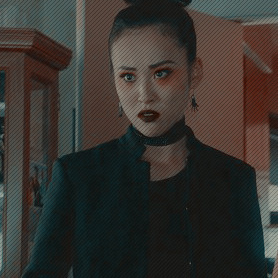 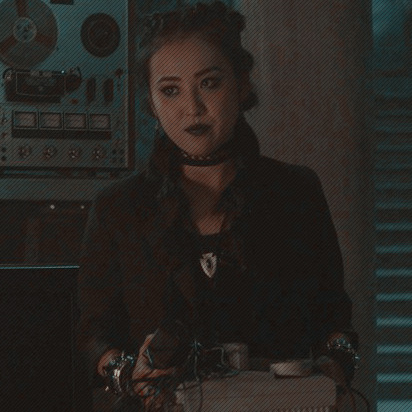 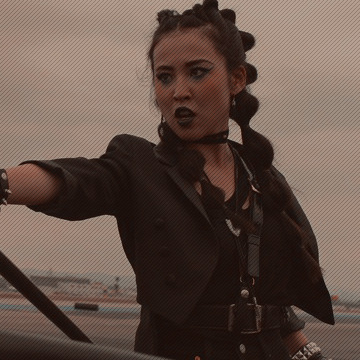 I’ve been putting WAY to much thought into a Pro-Wrestling Marvel AU and I want to do some soundboard stuff.

Alright, in the “Atlas Wrestling Federation” they have a televised development league similar to NXT, where characters from Champions, Young Avengers, Runaways, etc, all do their stuff.

My Question for you is this:  Who are the current title holders and who are the contenders.

The Men’s champion, or the guy who wins it the most often, is obvious Miles Morales.

I can think of Nova and Amadeus Cho as contenders, but few others.

Nadia probably made a run for the belt recently, as did Andi Benton.  Gwenpoole had a better run against her than most, but Kamala still reigns.  But is there anyone else to consider?

Tag Team Champions?  This is where it’s getting harder.

Men’s division champions are easily Hulkling and Wiccan, but who is out there challenging them for it?

Women’s Division?  Nico Minoru and Karolina Dean, having recently defeated the team of America Chavez and Kate Bishop.  Anya Corazon and May Parker may also be a tag-team to consider.

But again, I turn to you, Internet, for ideas.

And… because Marvel treats its teen villains worse than its teen heroes, It’s hard to think of who the top ‘heels’ in the show are.  Most of the characters I mentioned are ‘faces’ or at least ‘heels with face heat’ like Stone Cold back in the day.

But who are the top true heels?  Becky St. Jude/Lockdown?  The Young Masters?  The Freelancers? Skaar the Son of the Hulk?

I’ve given this so much thought I’m sort of paralyzed by all the data I have.

i still haven’t watched S3 Runaways, I need to see this crossover ahhh!

this is unfair, seeing as she had looks in every season that i adored, so i’m doing top 5 karolina dean looks for each season.

#ask games, #karolina dean, #runaways, #I SHOULD DO A KAROLINA IN EVERY OUTFIT MEME NEXT TBH, #waverly-earp, #answered
10 notes · See All
cordeliechaseChat
Alex: Hello, Gert. Make anyone cry today?
Gert: Sadly, no. But it's only 4:30.
#gert yorkes, #alex wilder, #runaways, #gertrude yorkes, #marvel, #source: 10 things i hate about you
3 notes · See All
yorkesteinsText

send me a prompt for post-canon gertchase or gen runaways stuff and i’ll give you a drabble/ficlet/headcanon/maybe it’ll make me finish a fic i have started lmao. post-canon stuff i’ve already written is here.

#gertchase, #runaways, #gertchase fic, #i promise i have deanoru headcanons too i'm just less practiced at writing them, #and don't know if my characterizations/writing for them is that good lmao, #but y'all want gertchase or alex i've got tons of those
1 notes · See All
failed-mad-scientistPhoto 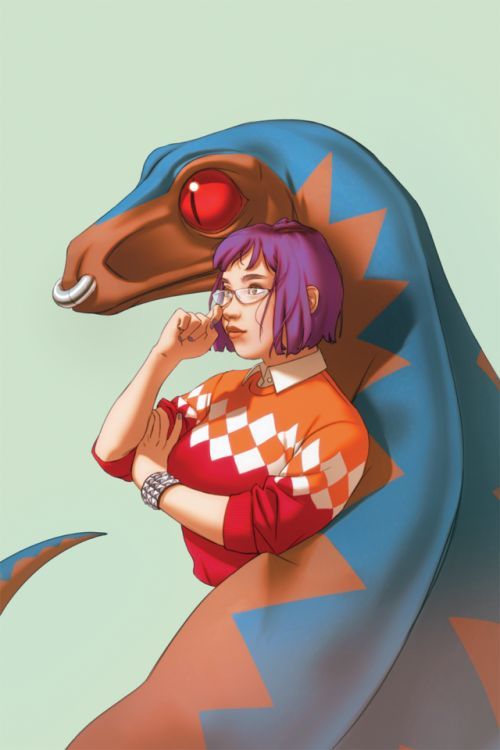 I now demand a comic about a girls night with Elsa, Kate, and Nico 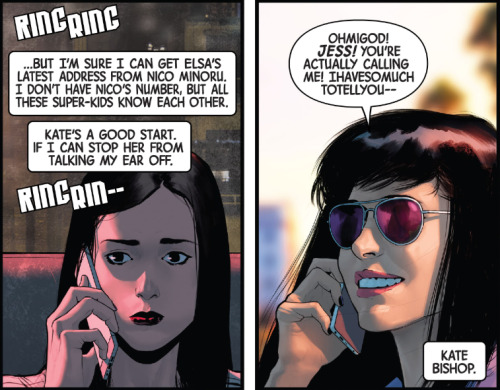 I can’t believe it every time I come across a milestone like this: 1500 people following me? Really? For the OP that made a gifset for Picasso the dog?

In all seriousness though: sending my love and gratitude to everyone who takes time out of your busy days to visit my corner of Tumblr. Your support (…and witty tags) means so much and I can’t thank you all enough! I hope that you enjoy reading through my content as much as I enjoy posting it. <3

Accepting requests for any of the fandoms you see on my page [I’ll list a few here in the tags] as you can see The 100 is my current obsession for the last two years, but I’m open to any fandom I’m familiar with don’t be shy!

Send me YOUR requests for…

I’m tagging a bunch of awesome folks below to get the ball rolling, but everyone is welcome to join in! Once they’re done, all requests will be tagged with  #1.5kfollowerscelebrate! 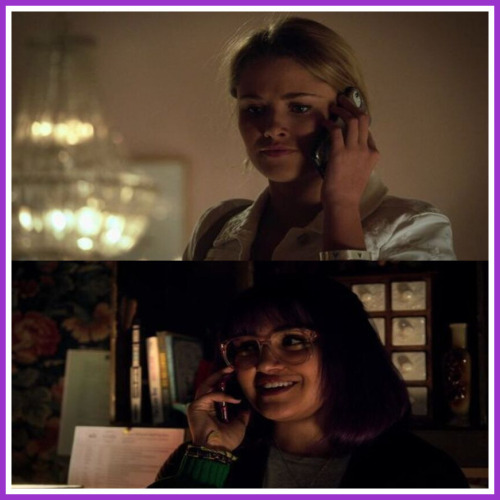 This exchange between Xavin and Hulkling about the latter’s destiny over the two empires speaks in hindsight.

I wish Xavin would appear again in Empyre storyline…. 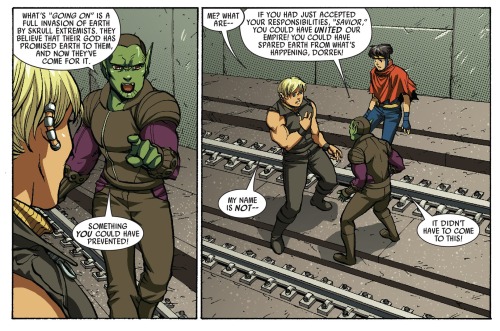 My Runaways Variants for the @rainbowrowell /@kristaferanka era. So proud of these and so happy to contribute to this run with my friends

#why do i keep doing this to myself, #but it wasn’t my fault they were cancelled, #this is a big fuck you @ kevin feige, #there was nothing wrong with marvel tv you idiot, #cloak and dagger, #runaways, #kat rambles
63 notes · See All
biggooniePhoto

RAINBOW ROWELL (W)
Andrés Genolet (A)
Cover by KRIS ANKA
A NEW ERA OF THE EISNER-NOMINATED RUNAWAYS BEGINS HERE WITH A MILESTONE 25th ISSUE!
• The Runaways get approached by a mysterious figure with an offer to form a new Super-Team to protect Los Angeles!
• Who is this mysterious figure, and how will he convince the least-team-oriented kids in the Marvel U?!
32 PGS./Rated T+ …$3.99 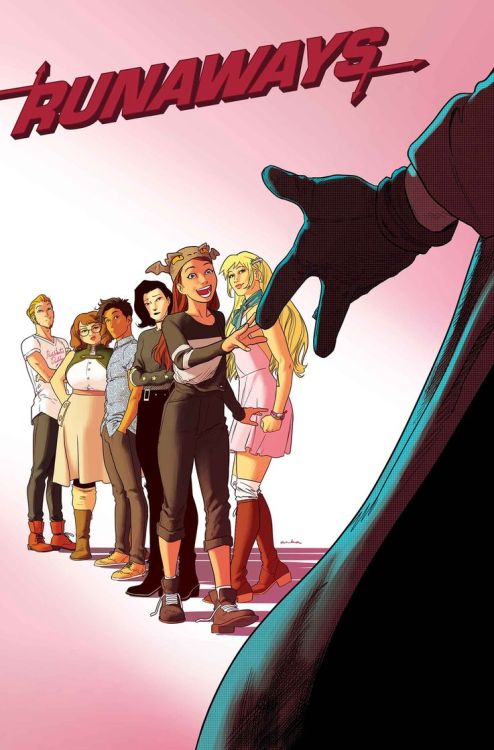 So with the move to marvel tv potentially decanonising most of the marvel tv shows we already have and we’re still awaiting the arrival of the mutants what if the next big event was Secret War however the beyonder decided to take things in a slightly different direction where he draws hero’s and villains across the multiverse, so we could see the runaways, agents of sheild maybe even the Netflix hero’s alongside some of the main movie characters, villain wise this could give us all sorts of mixes and honestly have some villains interact and team up (something that has been lacking a bit from the MCU so far), it could even link into the what if series in a way